JASON ROY went on a boundary barrage and England eventually stuttered and staggered to victory in the Twenty20 series-decider.

Roy made 64 from 36 balls – including a six and 12 fours – on a pitch where most other batsmen struggled.

Jason Roy smashed a crucial 64, with a six and 12 fours as England beat PakistanCredit: AP 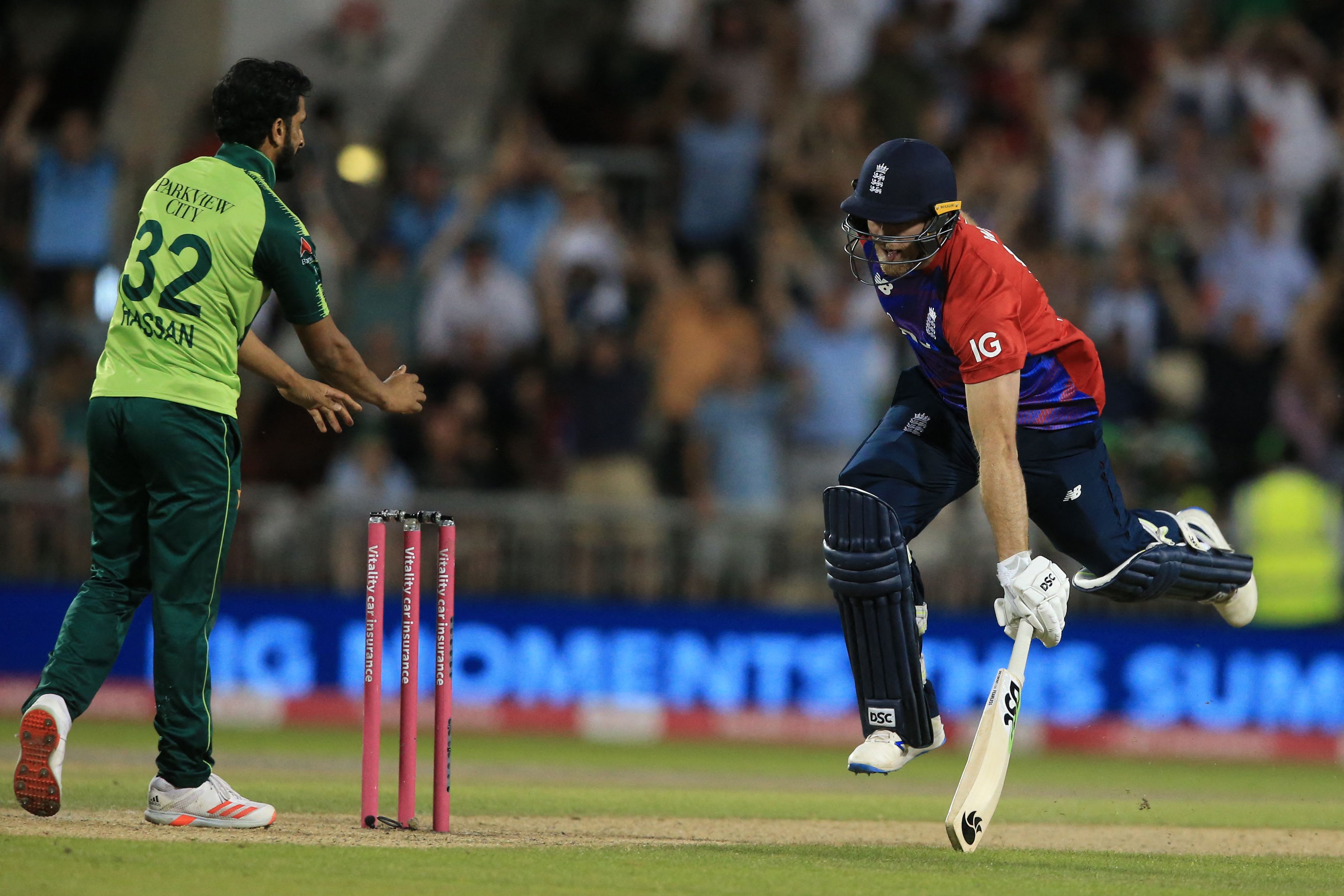 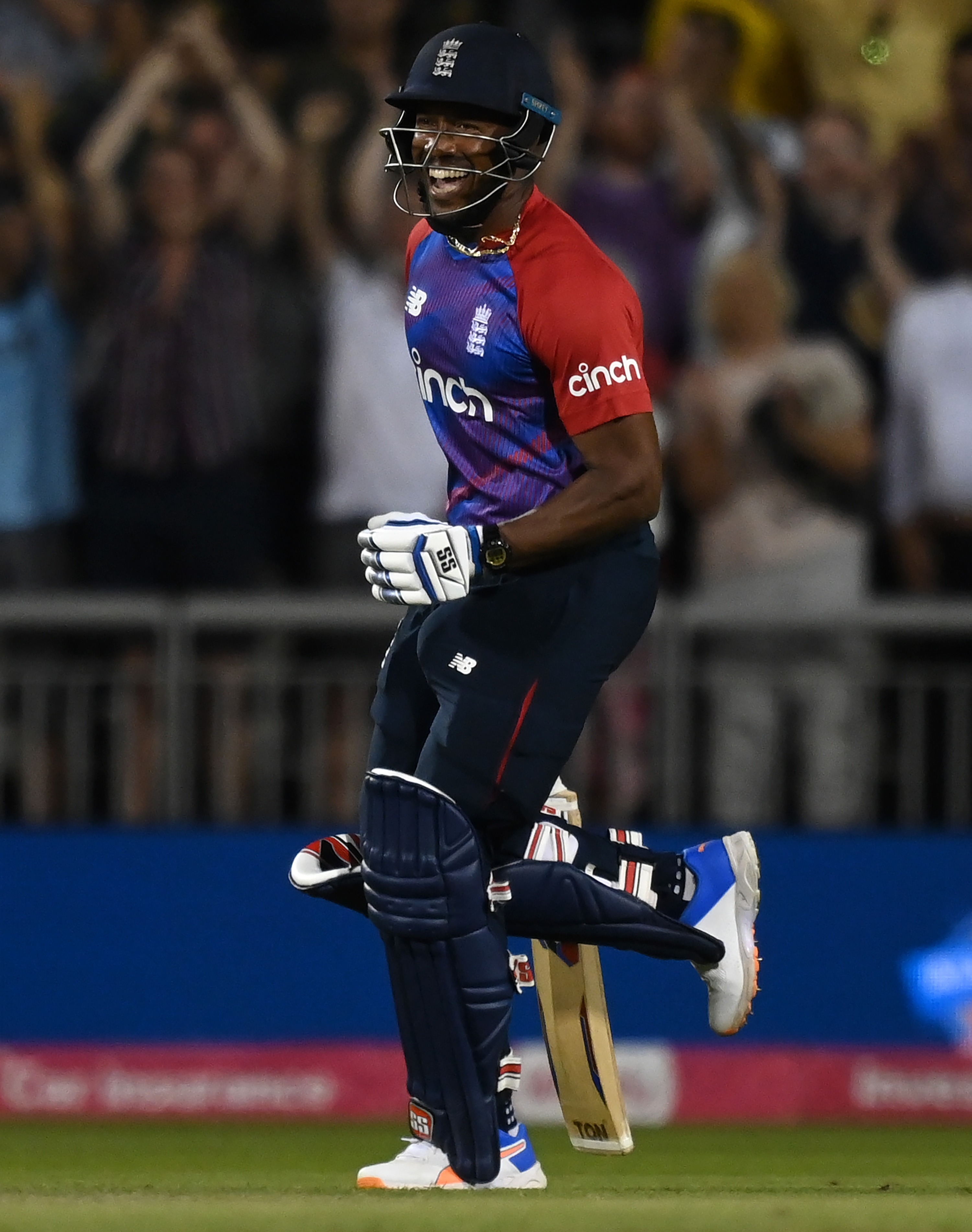 The Surrey slugger started by taking four fours from left-arm speedster Shaheen Afridi’s opening over and did not throttle back.

It allowed England to win the third T20 match against Pakistan at Old Trafford by three wickets and clinch the series 2-1.

Roy was angry with himself when he skied a catch to long-off and England struggled for a few overs after he was out.

For a while, Pakistan fancied their chances of winning especially with Dawid Malan using 33 balls to score his 31 runs.

But captain Eoin Morgan put his team close with a four thrashed through the covers and then two huge sixes over the legside off Hasan Ali.

Then Player of the Series Liam Livingstone, on his home ground, whacked his first ball into the crowd for a massive six over mid-wicket. How’s that for confidence? But he was out to his second ball.

Then Morgan holed out off the second delivery of the 20th over and England needed four runs from four balls at that stage.

Chris Jordan scored two runs from the next ball and two more from the next. So England got home with two deliveries to spare. 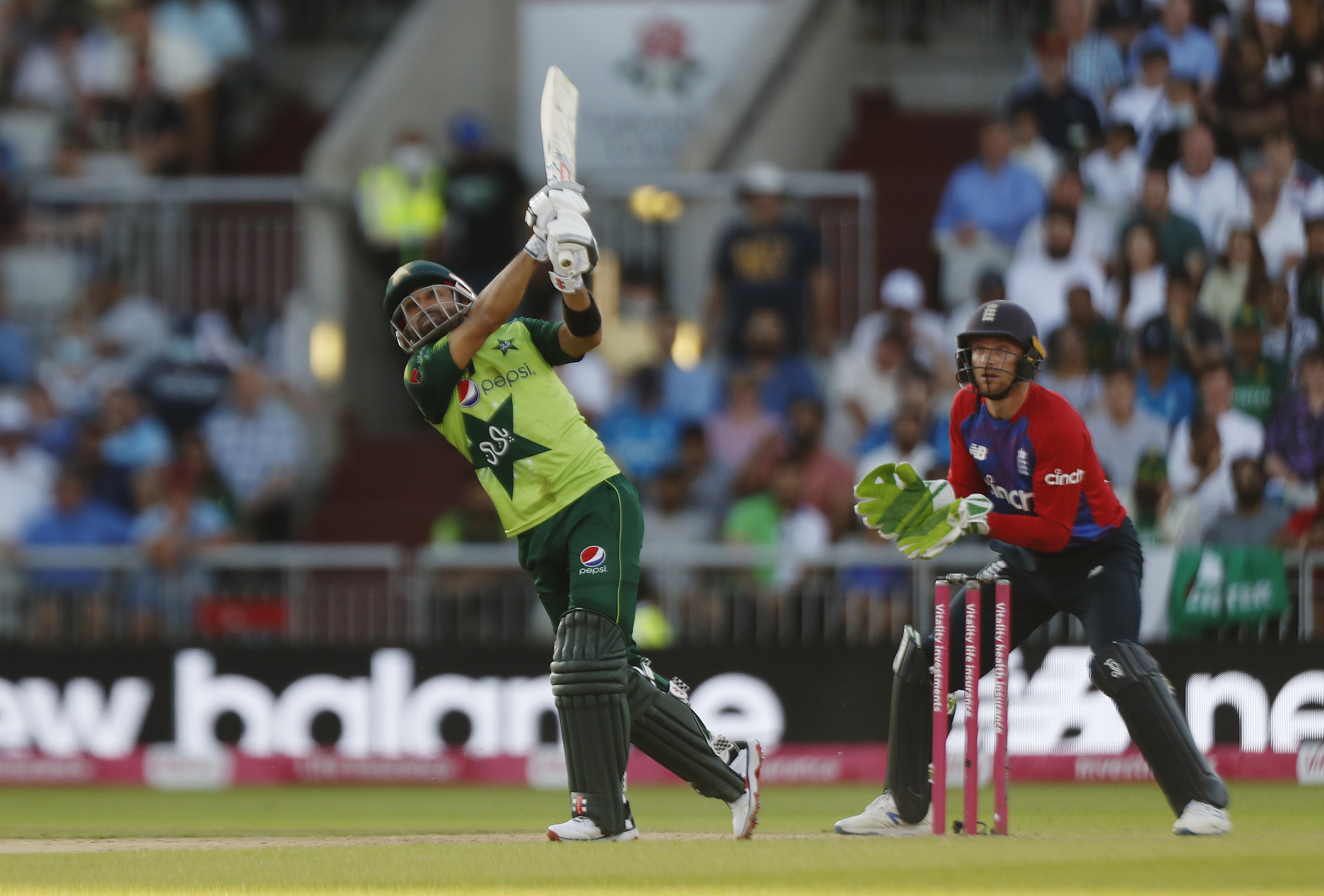 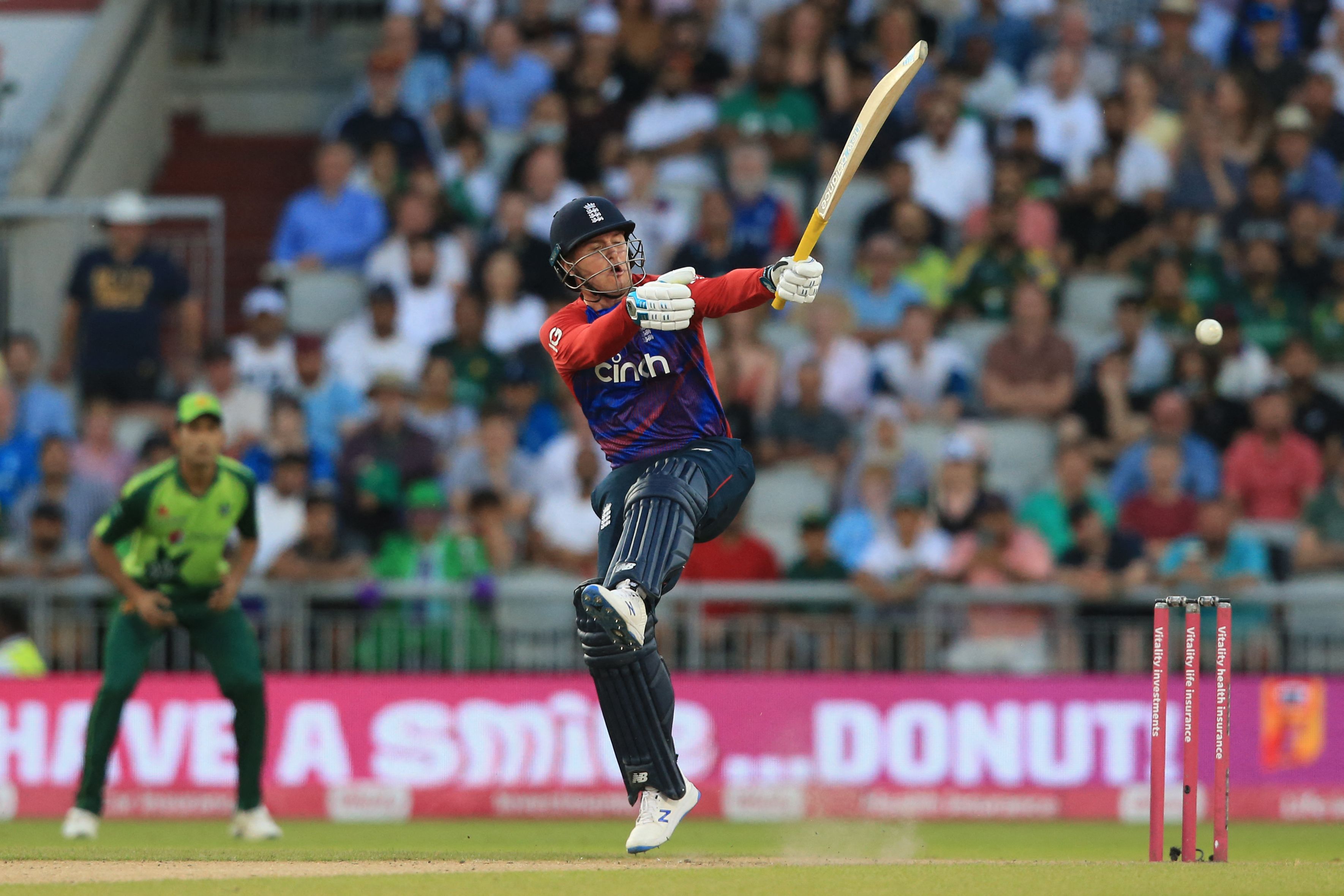 Jason Roy showed a wide array of shots, both orthodox and unorthodoxCredit: AFP

England’s roller-coaster run chase came after Adil Rashid took four wickets for England for the first time in an T20.

England chose what looks like their strongest XI – apart from the injured Ben Stokes and Jofra Archer – as they continue their build-up for the Twenty20 World Cup in the UAE in October.

There were some experiments in the first two matches but Morgan was dispensing no presents in the series-decider.

The crowd of 22,000 was the biggest for any event in Manchester for 18 months. A good proportion appeared to be supporting Pakistan and the atmosphere on a hot summer’s evening was a cracker.

After their strange decision to bowl first at Headingley on Sunday, Pakistan opted to bat on a surface likely to offer some turn.

Sure enough, it was England’s spinners who strangled the Pakistan batsmen during the middle overs.

It would surprise many that Rashid had not taken four wickets previously in a T20 international.

A couple came with what resembled catching practice from the Pakistanis but there was no fluke about Rashid’s first wicket, when he deceived Babar with a googly and had Pakistan’s star batsman stumped.

Livingstone got through three tidy overs with his mixture of leggies and offies but Moeen Ali bowled best, going for just 19 runs in his four overs with his off-breaks and not conceding a boundary.

Mohammad Rizwan batted through Pakistan’s innings for 76 not out from 57 balls and most of the batsmen struggled for fluency on a pitch offering some turn.

Jos Buttler could not get going and, by his standards, 21 from 22 deliveries before he skied a catch to long-off was a slow return but Roy was blazing away at the other end.

Moment cricket players attack each other with bats during charity match

A COUNTY CHAMPIONSHIP match was halted after an air ambulance helicopter landed on the pitch to deal with a nearby...