LIAM LIVINGSTONE, I presume. The Lancashire batsman introduced himself on the international stage by pummelling 103 from 43 balls.

After a highest score of just 36 in his seven previous innings, Livingstone exploded as an England player with a barrage of power-hitting. 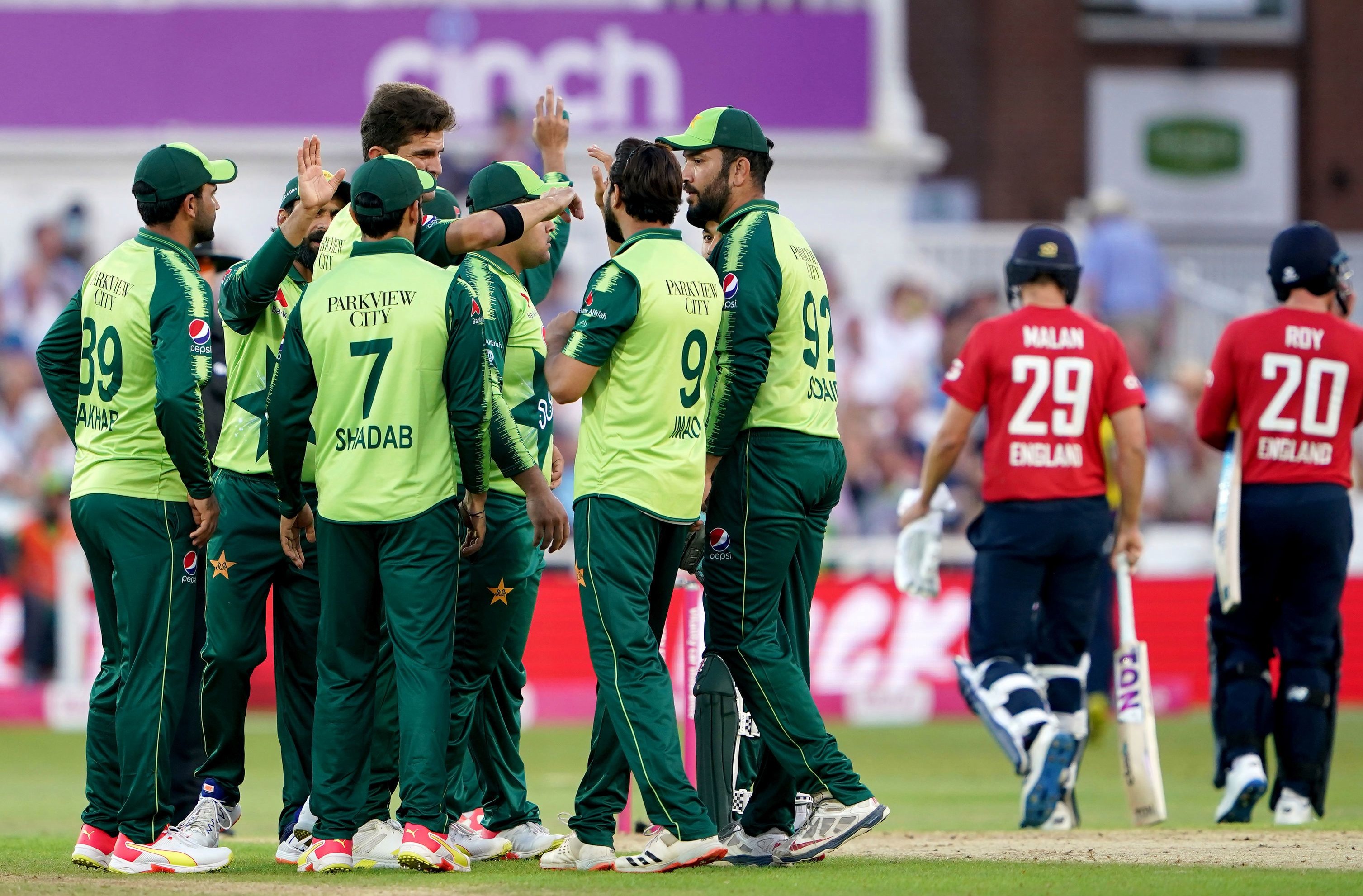 But Pakistan won the first T20 by 31 runs at Trent BridgeCredit: PA

His half-century arrived from just 17 balls and his hundred from 42 deliveries. Both were England records, comfortably beating the figures of Eoin Morgan and Dawid Malan.

But even Livingstone’s heroics were not enough and, in the end, Pakistan prevailed by 31 runs as England lost a white-ball match for the first time this summer.

England had five wins out of six against Sri Lanka (it would have been all six but for the rain) and then their second-string beat Pakistan 3-0 in the one-dayers.

Now, finally, they lost after not quite managing to pass Pakistan’s monumental 232-6, the third-highest total England have ever conceded in a T20 match.

It would have been England’s record chase and they gave it a heck of a crack. 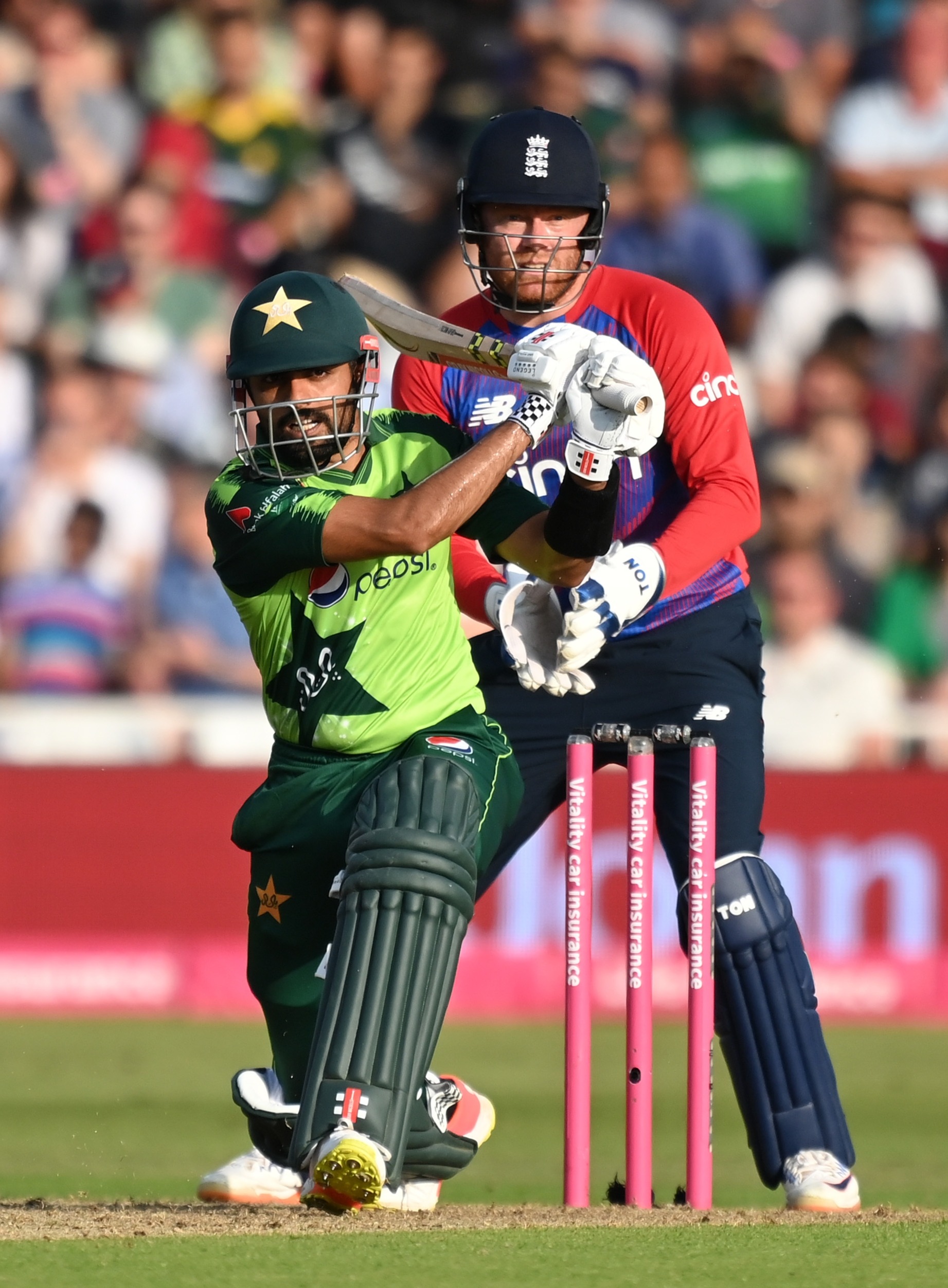 Babar Azam top scored with 85 to power Pakistan to a mammoth 232-6Credit: Getty

The match produced brilliant, breathless entertainment and a total of 433 runs and 27 sixes in front of a capacity crowd at Trent Bridge of 17,000.

England were already three wickets down in the fifth over when Livingstone began his innings.

He started swinging and connecting straightaway and kept England up with the run-rate. He accelerated past Morgan’s 21-ball fifty and Malan’s 48-ball century – the previous fastest for England.

Livingstone and Jason Roy have both opted for the Phil Foden-style dyed blond look and, with Roy scoring 32 off 13 balls, they had more in common than their hair.

Livingstone has pretty much guaranteed himself a place in England’s squad for the T20 World Cup in the UAE in October and November.

England lost wickets too frequently and, when Livingstone holed out to long-on, their last realistic chance disappeared.

Captain Morgan said: “It was an incredible knock by Liam. Over the last few years, we’ve watched incredible knocks from the likes of Jos Buttler, Jason Roy and Moeen Ali and that was as good as any of them.

“But Liam was the only one of us to get going properly in the chase. It’s a hell of a line-up in our changing-room but this was Pakistan’s day. We play a lot of cricket at Trent Bridge and knew it would be a high-scoring match. It’s good to be under pressure and fine out more about the team.”

Pakistan were put into bat and skipper and star batsman Babar was dropped low down at slip first ball by Malan off David Willey.

Babar made England pay in a big way. He reached fifty from 35 balls and finished with 85 from 49 deliveries – just three days after scoring 158 in the ODI at Edgbaston.

After a scratchy start, Mohammad Rizwan was hardly any less destructive than Babar.

Their liaison of 150 was the highest opening stand in a T20 international in England.

Pakistan did not hit a six until the 12th over but ended up clearing the boundary 12 times with a dramatic late assault. The umpires almost ran out of sanitiser because the ball had to be cleaned so often after being handled by spectators.