Piers Morgan flies 5,500 miles to watch England at Lord’s for nothing as South Africa ease to First Test win on Day 3

PIERS MORGAN’S worst fears have been realised after England suffered another batting collapse to lose the First Test against South Africa.

The Sun columnist flew 5,500 miles from Los Angeles to watch England face the Proteas at Lord’s on Saturday in what would have been Day Four. 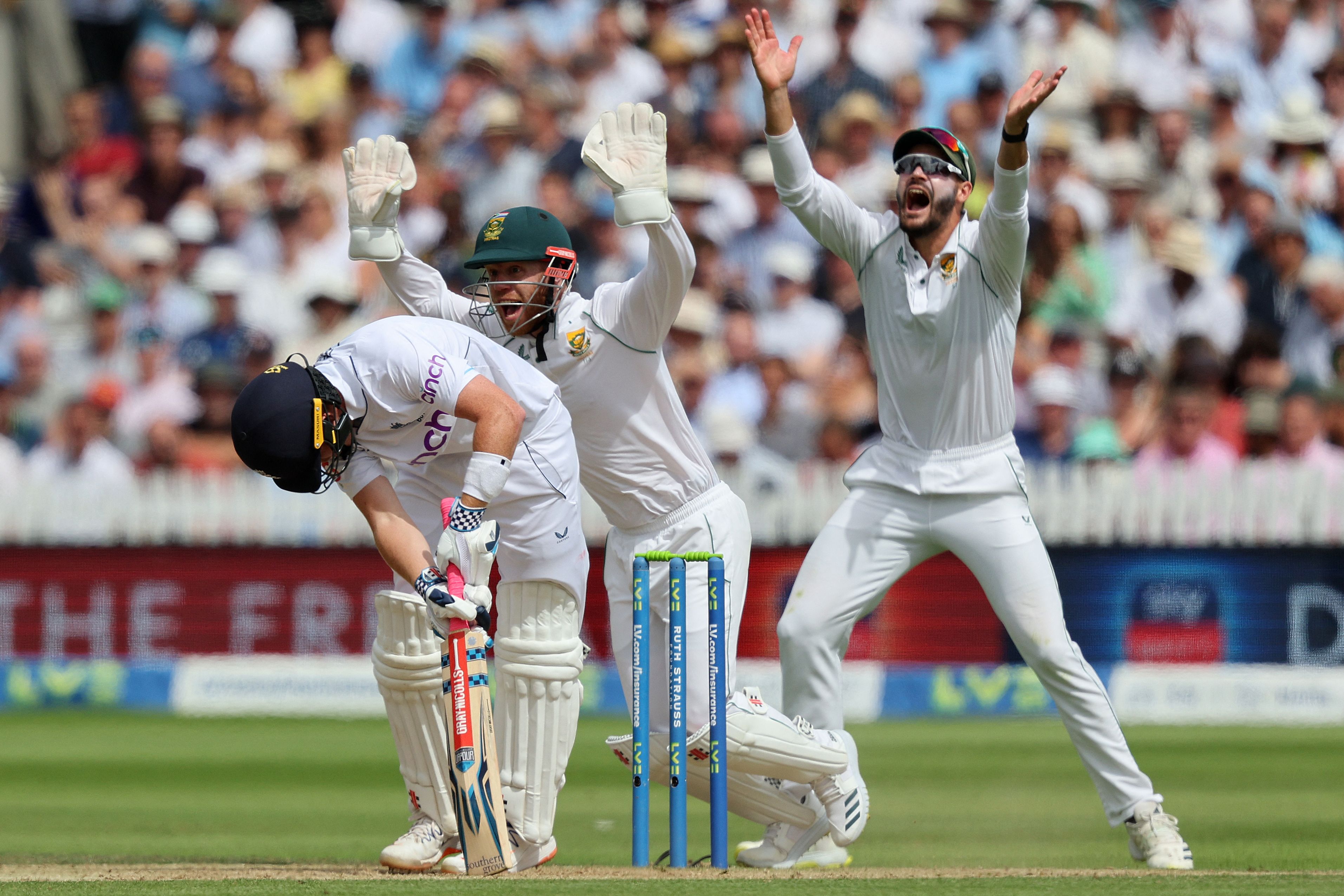 Ollie Pope registered for five runs before going out in the same fashion as CrowleyCredit: AFP

Midway through the second innings, Morgan stated his worry that Ben Stokes‘ side could fail to come out for Day Four in their opening Test match against South Africa.

And his fear came true as England were all out for 149 as South Africa won by an innings and 12 runs.

Having registered a measly 165 runs in their first innings, England managed to bowl out their opponents for 326.

But England struggled yet again with the bat at the start of their second innings having lost two wickets before lunch.

Zak Crawley’s miserable summer continued after losing his wicket for LBW, before Ollie Pope went in the same fashion by spinner by Keshav Maharaj.

And it didn’t take Joe Root long to go as he was caught for six runs leading Morgan to take to social media.

He tweeted: ” I’ve just flown 5,500 miles from Los Angeles specifically to be at Lord’s tomorrow for Day 4 of the Test match.

Things got even worse for England – and Morgan – as they lost all their remaining wickets shortly after.

Jonny Bairstow was the next to fall as he managed 18 runs, with Alex Lees caught for 35 runs.

Ben Foakes then went for a duck to give Anrich Nortje his third wicket after he also claimed the scalps of Bairstow and Lees.

Stuart Broad and Ben Stokes managed to rack a 50-run partnership, but that ended after the former went for 35 runs.

Matthew Potts then went for one after being bowled by Marco Jansen, with Stokes caught by Maharaj off a Kagiso Rabada delivery.

James Anderson was the last to go as he too scored just one run after being clean bowled by Jansen.

Morgan quickly took to Twitter again, where he simply stated: “UPDATE: I won’t be going to Lord’s tomorrow.”