A SECOND Asian ex-Yorkshire cricketer claimed a team-mate urinated on his head in another part of the shocking racism storm surrounding the club.

He also accused ‘senior’ squad members of saying they used a Muslim player’s prayer mat to clean up after having sex with a woman on her period and added Yorkshire County Cricket Club ‘is racist’.

An unnamed Asian former Yorkshire cricket said a team-mate urinated on his head in one of many racist incidentsCredit: PA 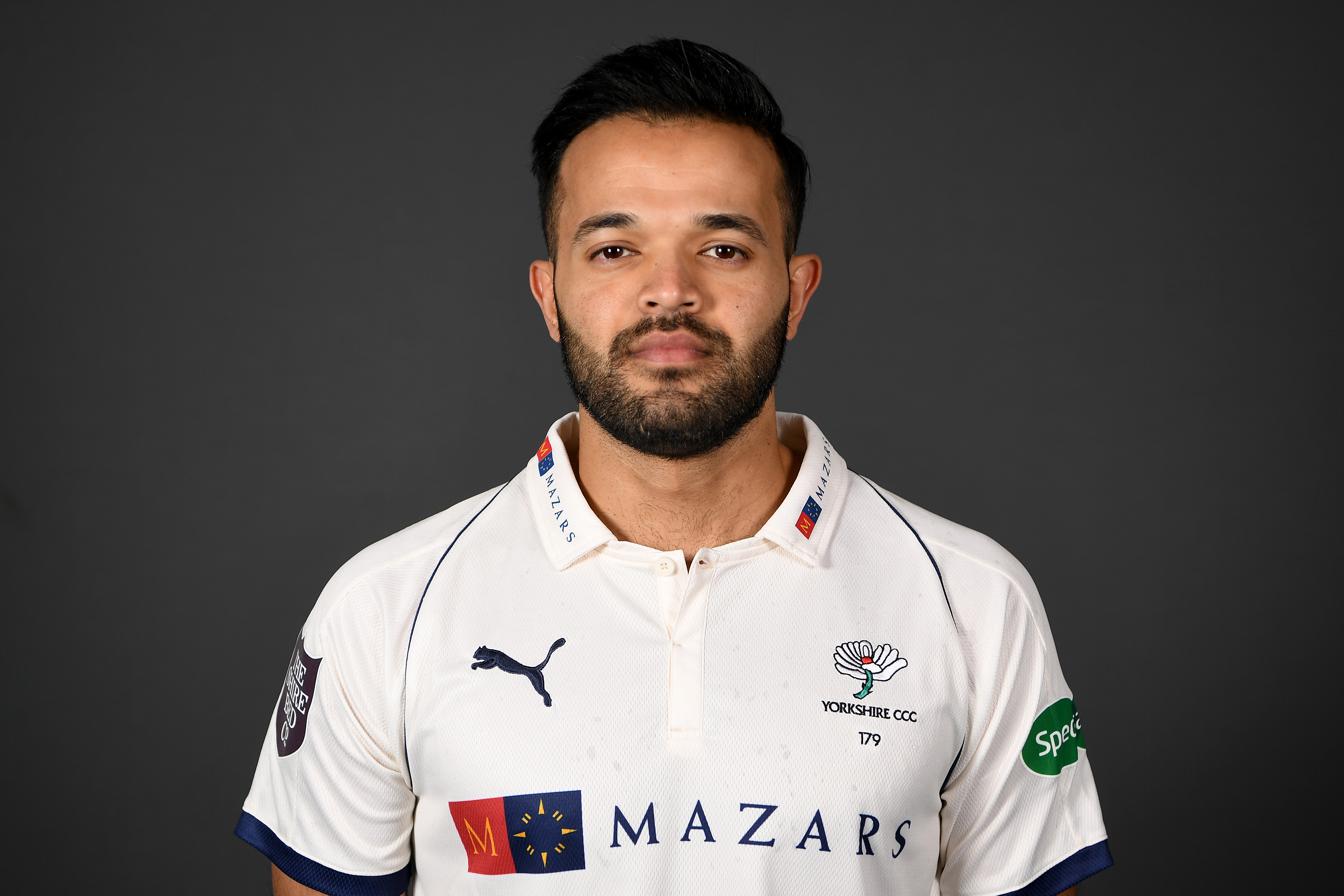 The investigation into Azeem Rafiq’s accusations has sent shockwaves through cricketCredit: Getty

Yorkshire are still dealing with the fallout from the Azeem Rafiq investigation.

The findings stated Rafiq was a victim of ‘racial harassment and bullying’ although the county said they would take no disciplinary action.

But a second player has stepped forward to make a statement with further accusations of racist abuse suffered during his time with the club in the early 2000s.

The cricketer, who wants to remain anonymous, said he experienced ‘both blatant and sly’ racism but despite raising accusations, they were never looked into.

In a statement seen by the Daily Mail, he claims he did not receive the same opportunities as his white counterparts and it took him ‘several years to get myself together’.

The player, encouraged by Rafiq speaking out, said: “Everyone in the Asian cricketing community has known Yorkshire County Cricket Club is racist, yet somehow they have been able to cunningly continue with their agenda.

“There are many Asian cricketers like myself who have had their careers ruined, but have moved on and taken the treatment on the chin. I salute them all, as it can’t have been easy.

“I experienced racism from fellow players both direct and indirect.

“Believe it or not, I had a player p*** on my head from the hotel bedroom above, as I was on the phone leaning out of my room window.

“Let alone the numerous racist comments both blatant and sly.

“The coach at the time said to ignore it and that he would deal with it. They never did.

“When catching balls during training, these ‘team-mates’ would intentionally throw the ball so hard from close range that it used to bruise my hands through the gloves.

“I remember having to miss out on a final once due to this injury.

“The coaches wouldn’t say a thing. I would have to toughen up, apparently.

“I and others were used as a statistic. When people said Yorkshire were racist, their reply was, ‘How can we be — we have X amount of Asians on our books?'”

In another incident, the player overhead overheard ‘senior players’ — both still involved at Yorkshire — discuss ‘how they “s***ged a bird” in the hotel room who was on her period and made a mess’.

He added: “All they could find is a Muslim player’s prayer mat to clean it up.

“Sick or what. These are supposed to be your team-mates and people I looked up to.”

The claims have not yet been investigated.

The report by Yorkshire CCC found Rafiq was called a ‘P***’, asked if his dad owned a corner shop and questioned ‘is that your uncle?’ when they saw Asian men during his spell at the club.

On Thursday, Gary Ballance admitted to being the player to have used the term ‘P***’ and was subsequently suspended from England selection.

The ECB also banned Headingley from hosting international matches and other big games.

Chair Roger Hutton announced his resignation on Friday morning and urged Yorkshire chief executive Mark Arthur and director of cricket Martyn Moxon to follow him out the door.

And former England captain Michael Vaughan denied claims by Rafiq that in 2009 he said there are ‘too many of you lot, we need to do something about it’ to Rafiq and other Yorkshire players of Asian descent.

Ex-England star Monty Panesar slammed the use of racist terms being passed off as ‘banter’, while accusing bosses of ‘completely mishandling’ the matter.

However, speaking on LBC on Friday morning, Panesar added: “I can only speak of my experiences. Michael Vaughan is not a racist.

“He is very much loved around the world, especially in India and embraces all different cultures.

“It was 2014 when Yorkshire closed the door on Rafiq and that’s when he realised what’s really going on. I think this is more about the problems between Azeem Rafiq and Yorkshire.

“Michael Vaughan is not a racist but if Azeem Rafiq feels these allegations were made, people around him who were there must speak up to justify the case.”

That is exactly what former Pakistan cricketer Rana Naved-ul-Hasan did when he revealed he heard Vaughan’s 2009 racist remark.

Naved-ul-Hasan, who was one of four players of Asian heritage at Yorkshire at the time of the comments, told ESPN he is prepared to provide evidence to an inquiry if required.

The ECB are continuing to investigate the saga with Yorkshire accused of attempting to suppress or delay the release of their own probe into Rafiq’s claims.

Most of their sponsors have turned their backs on the county, while the losses for an already cash-strapped club are expected to be around £13million.

Rafiq is scheduled to give evidence to MPs in person on November 16 as part of a probe into his allegations. 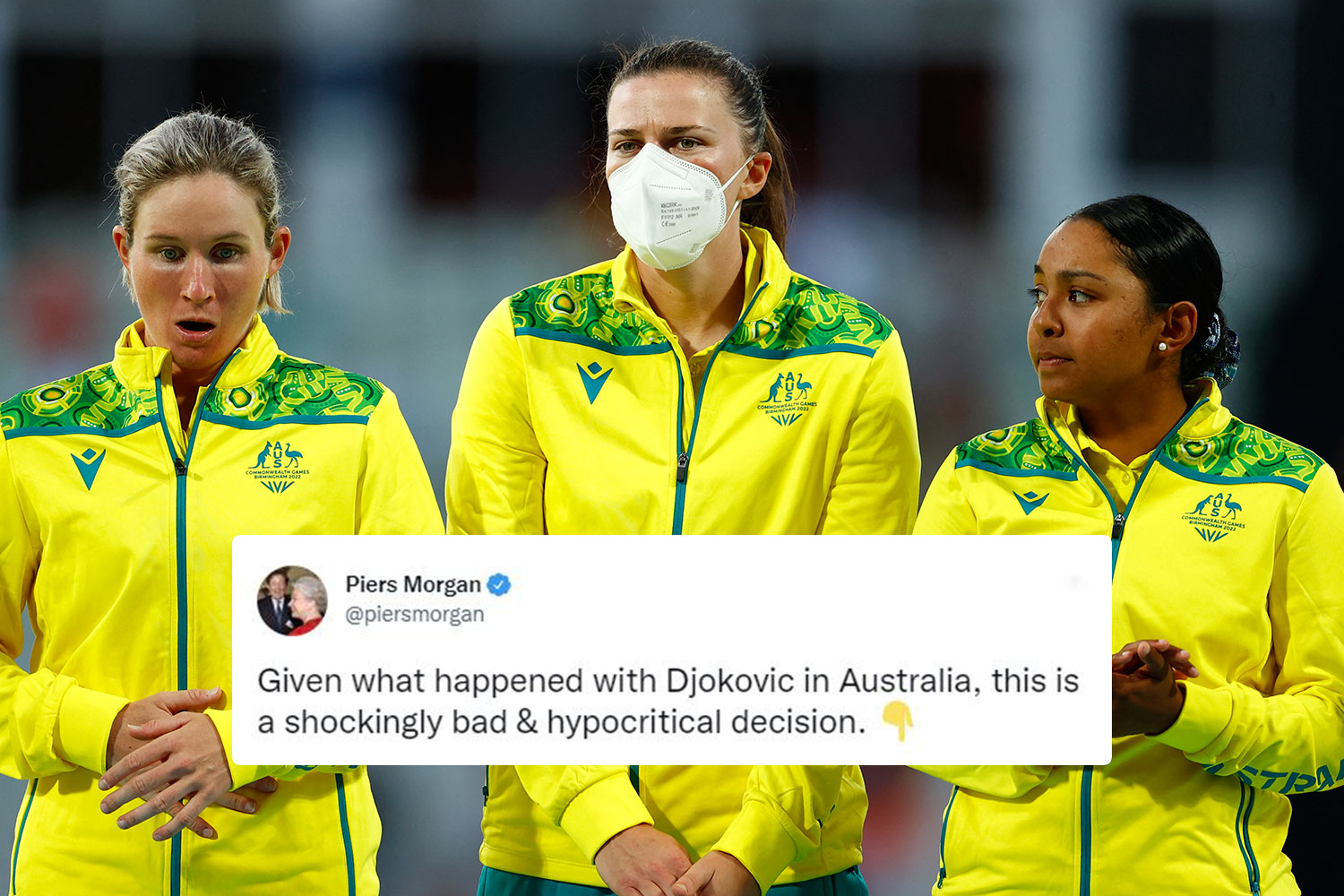 PIERS MORGAN has slammed Australia for being "hypocritical" after they fielded Covid-infected cricketer Tahlia McGrath in their Commonwealth Games final....

Why is England’s Ben Stokes retiring from ODI cricket?