RACING POINT driver Lance Stroll was flipped upside down at the Bahrain Grand Prix after colliding with Daniil Kvyat.

It was the second major incident of the race following Romain Grosjean’s horrific crash that saw his car burst into flames. 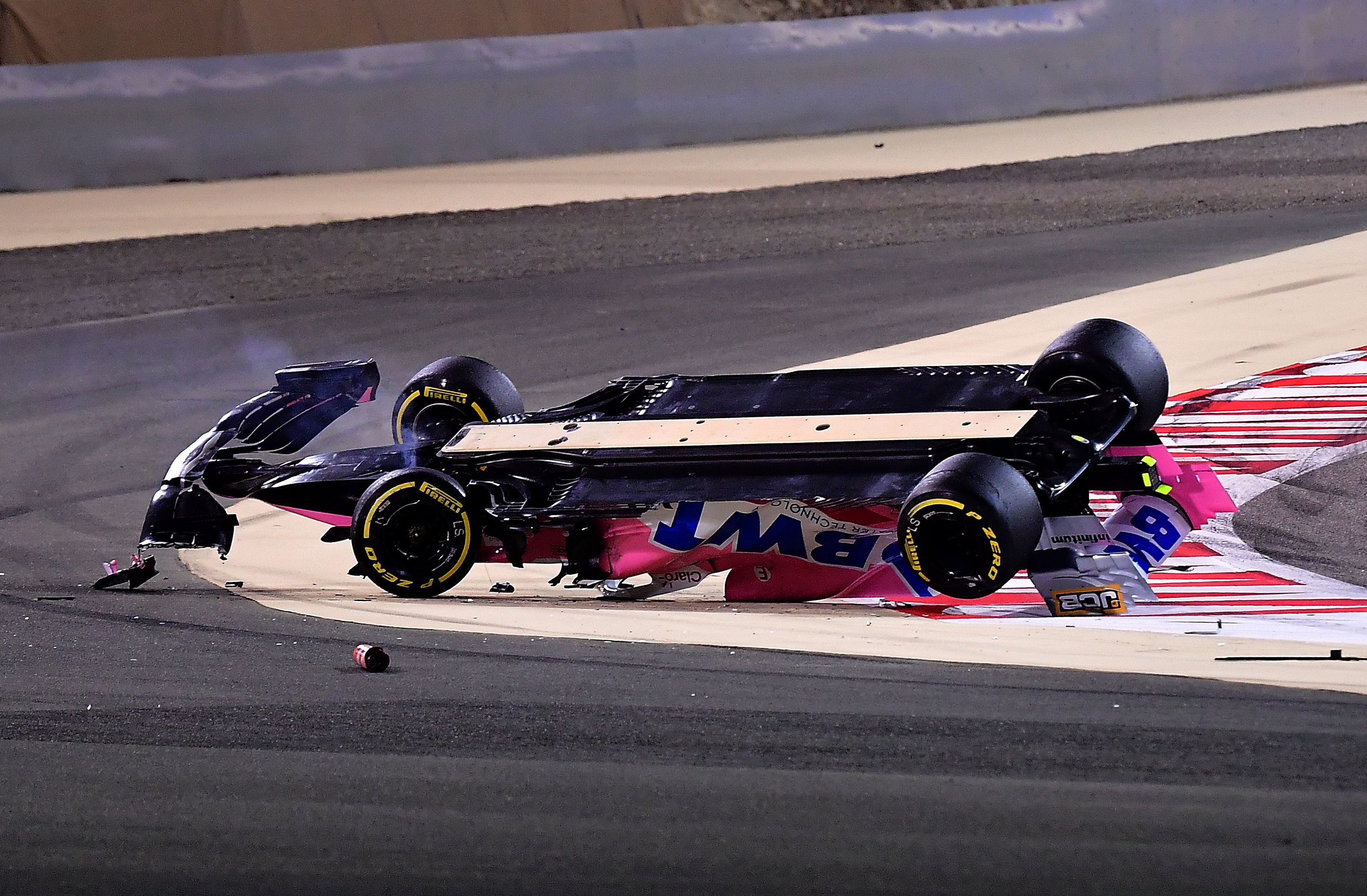 Lance Stroll was involved in a crash after colliding with Dannil KvyatCredit: AFP 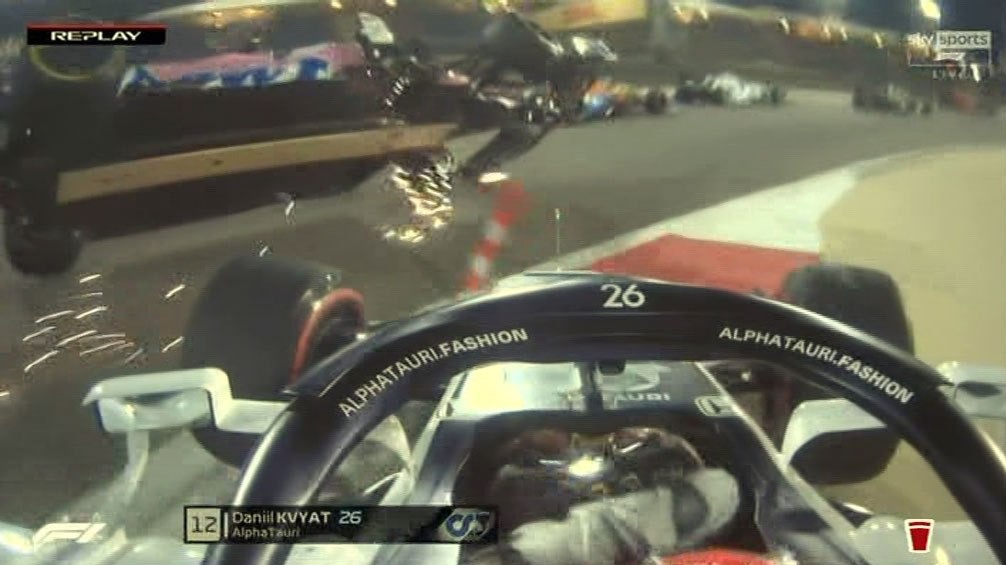 Stroll was flipped upside down, but he escaped from the incident unscathedCredit: Sky Sports

The 34-year-old miraculously escaped serious injury after he smashed into the barriers at 140mph.

Marshals rushed to help the French star after he clipped Kvyat’s car, with Grosjean taken to a local hospital.

And in the first lap after the restart, Kvyat was again involved in an accident after he collided with Stroll.

The AlphaTauri ace tried a move up the inside at Turn 8, resulting in him hitting Stroll at low speed which flipped the Canadian.

Commenting on the move, Sky Sports F1 commentator Martin Brundle said: “A touch ambitious from Kvyat, but a racing incident.”

Stroll wasn’t injured in the incident as he told his team on the radio he was unhurt.

“He came on the radio and said he was okay. Just upside down and hanging by the seatbelts. But he’s fine.” 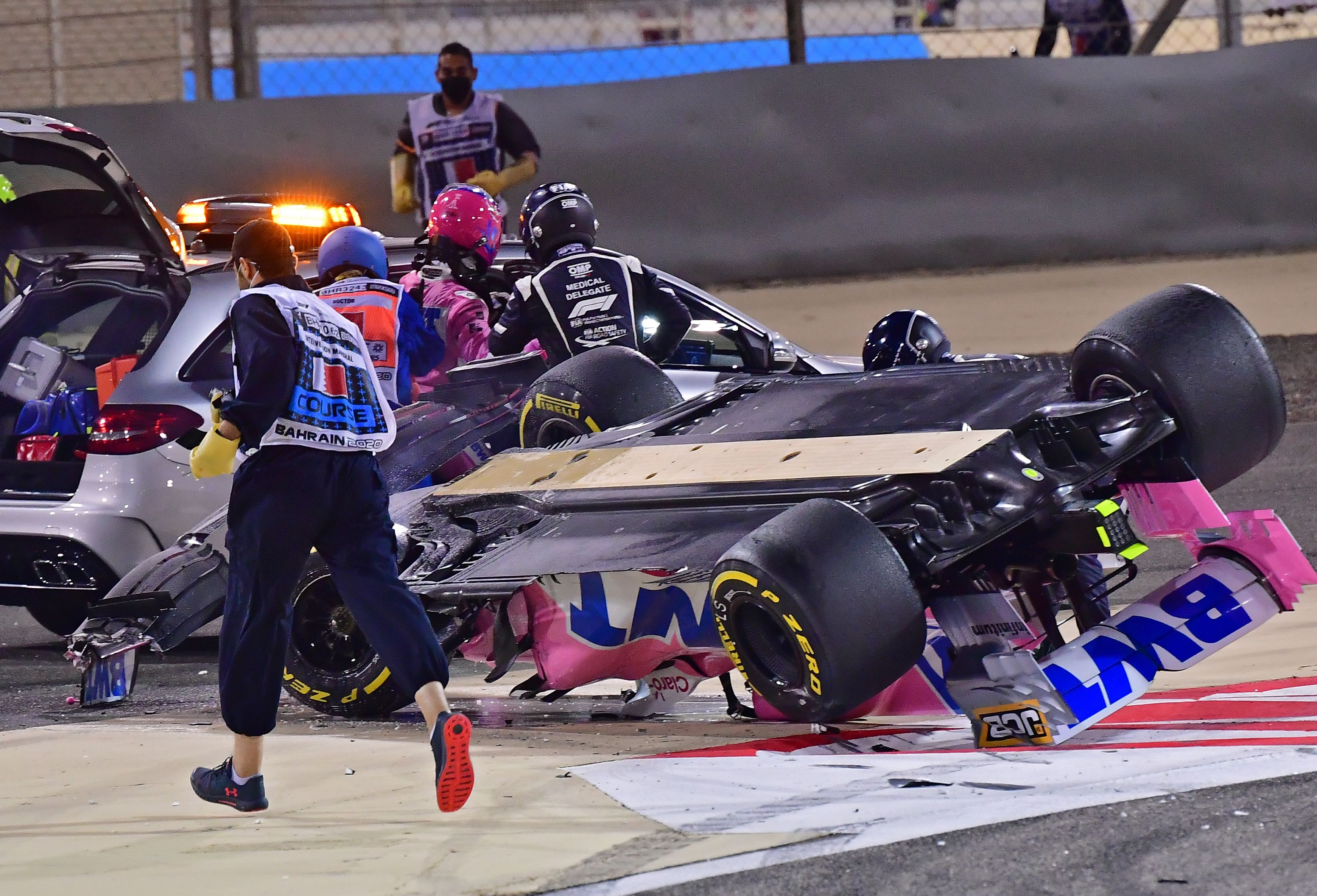 Stroll somehow escaped unhurt from the collision with KvyatCredit: AFP 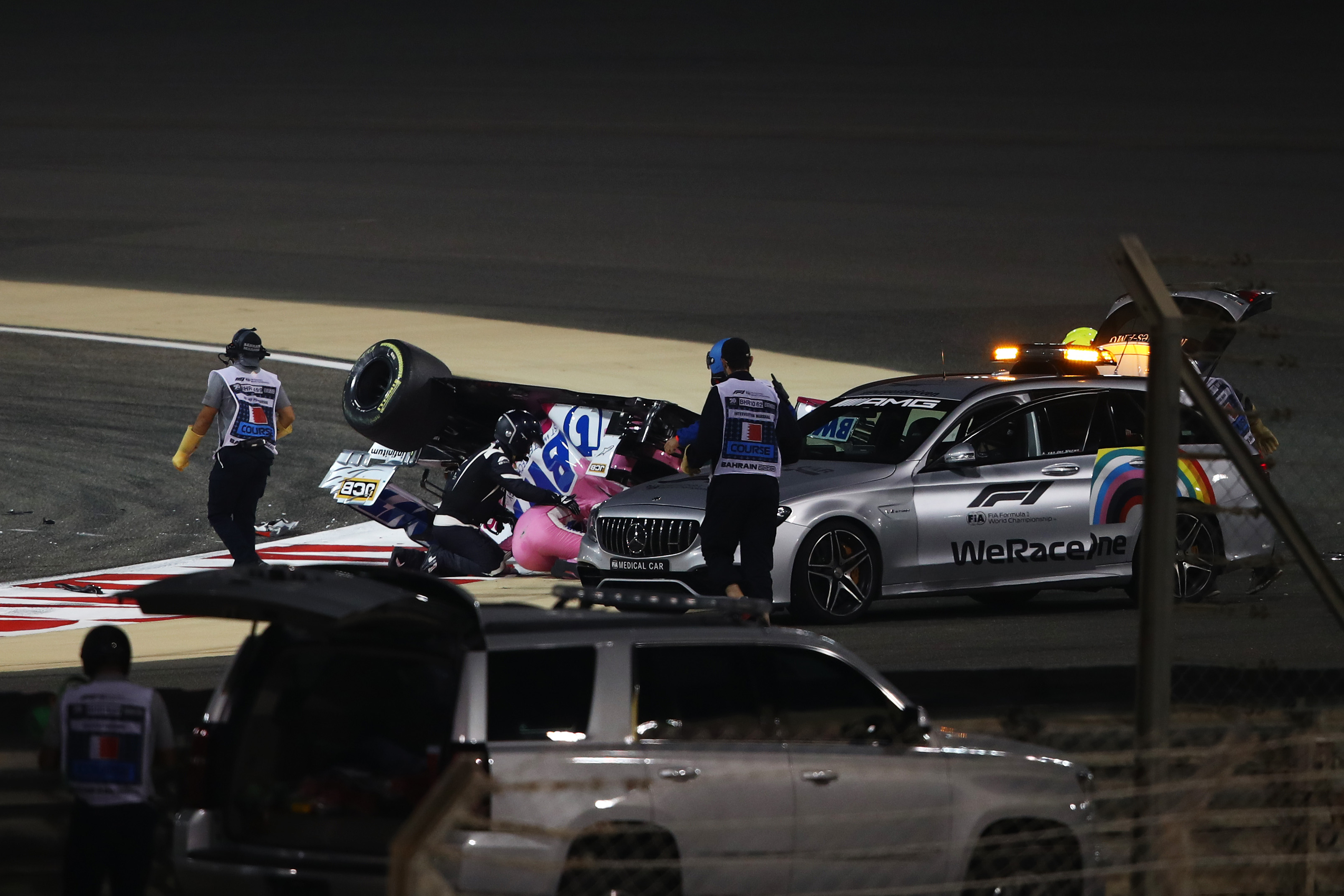 Following the collision, Kvyat was handed a ten second penalty for his part in the crash.

Former Renault driver Jolyon Palmer believed the punishment was harsh on the Russian.

He told BBC Radio 5 Live: “Lance Stroll’s accident was not a huge deal.

“It was a low speed impact on a slow part of the track.

“It just looks bad, when a car turns upside down, but Stroll will be fine after that one.”