LEWIS HAMILTON certainly made a fashion statement as he rocked up to Silverstone with his best pal Roscoe.

The Brit will undoubtedly have all eyes on him this weekend as he looks to close the gap on Max Verstappen at the top of the Driver’s Championship.

Lewis Hamilton rocked up to Silverstone with his dog RoscoeCredit: Getty 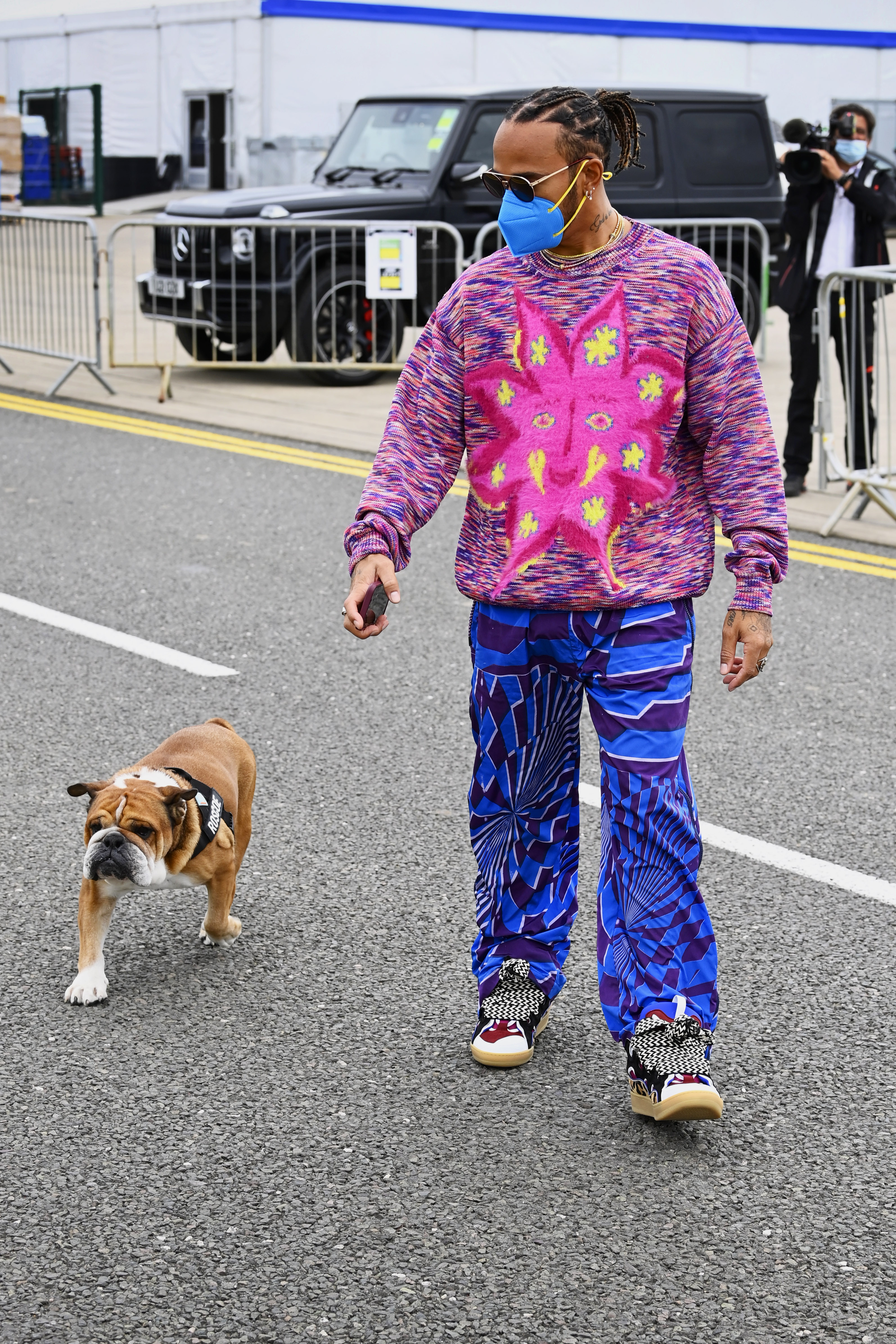 The Mercedes driver couldn’t be missed as he headed to SilverstoneCredit: Splash

Hamilton, 36, is 32 points behind the Red Bull driver after the Dutchman cruised to victory at the Austrian Grand Prix.

Wearing colourful attire, Hamilton looked ready to get down to business in his quest for a staggering eighth world title.

The omens are good for the Mercedes driver, having won six out of the last seven races at the British track.

Cheering him on will be his biggest fan Roscoe, who is now on a vegan diet.

“Since he has gone vegan, his coat is much softer, his swollen paws have healed up, he is no longer limping with pain of arthritis and his breathing has opened up.

“Super happy with the results and he is too.”

Despite appearing to struggle with the pace of Red Bull this season, Hamilton recently put pen to paper on a two-year contract extension with Mercedes. 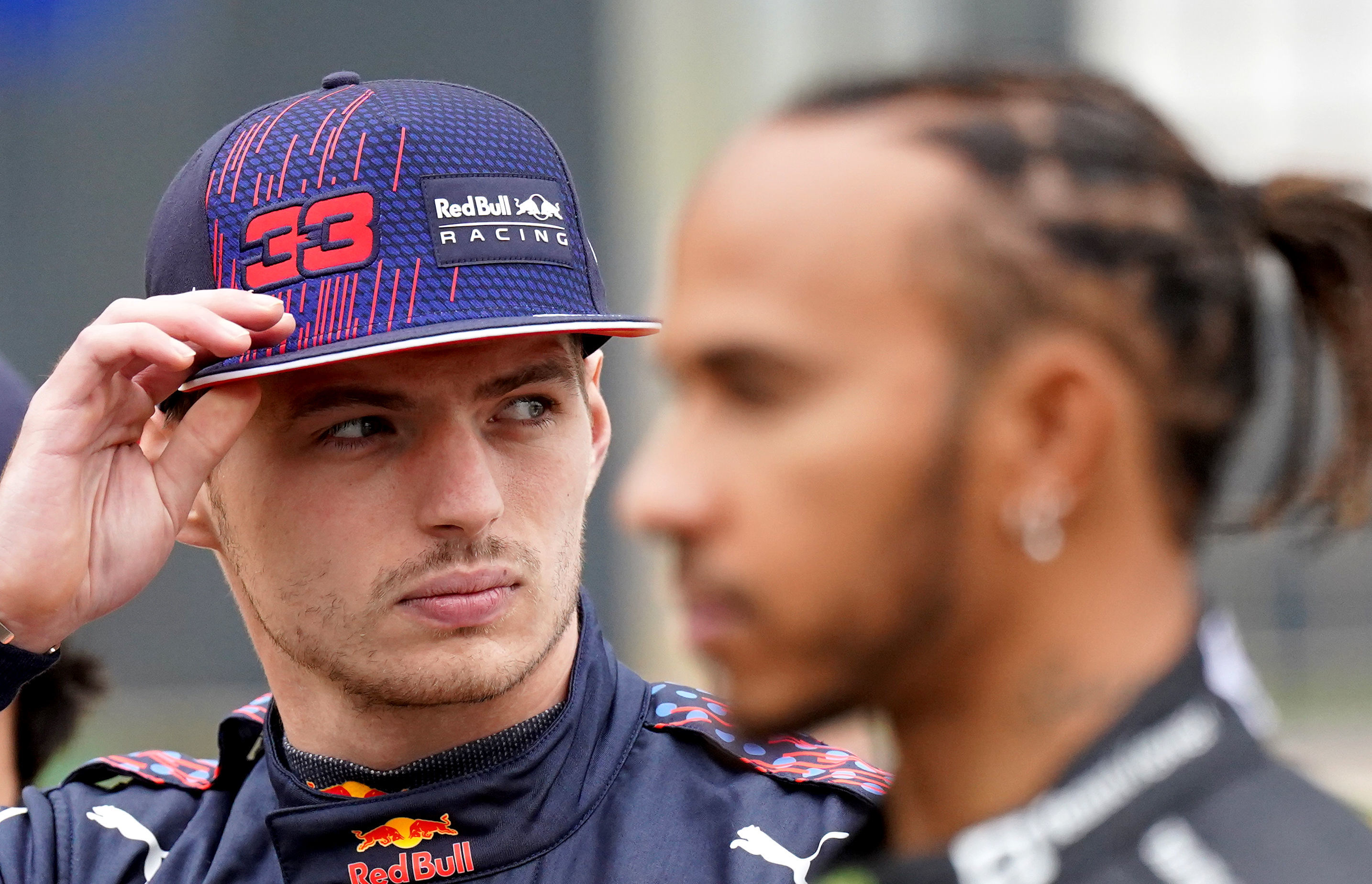 Hamilton is trailing Max Verstappen by 32 points in the Driver’s ChampionshipCredit: PA 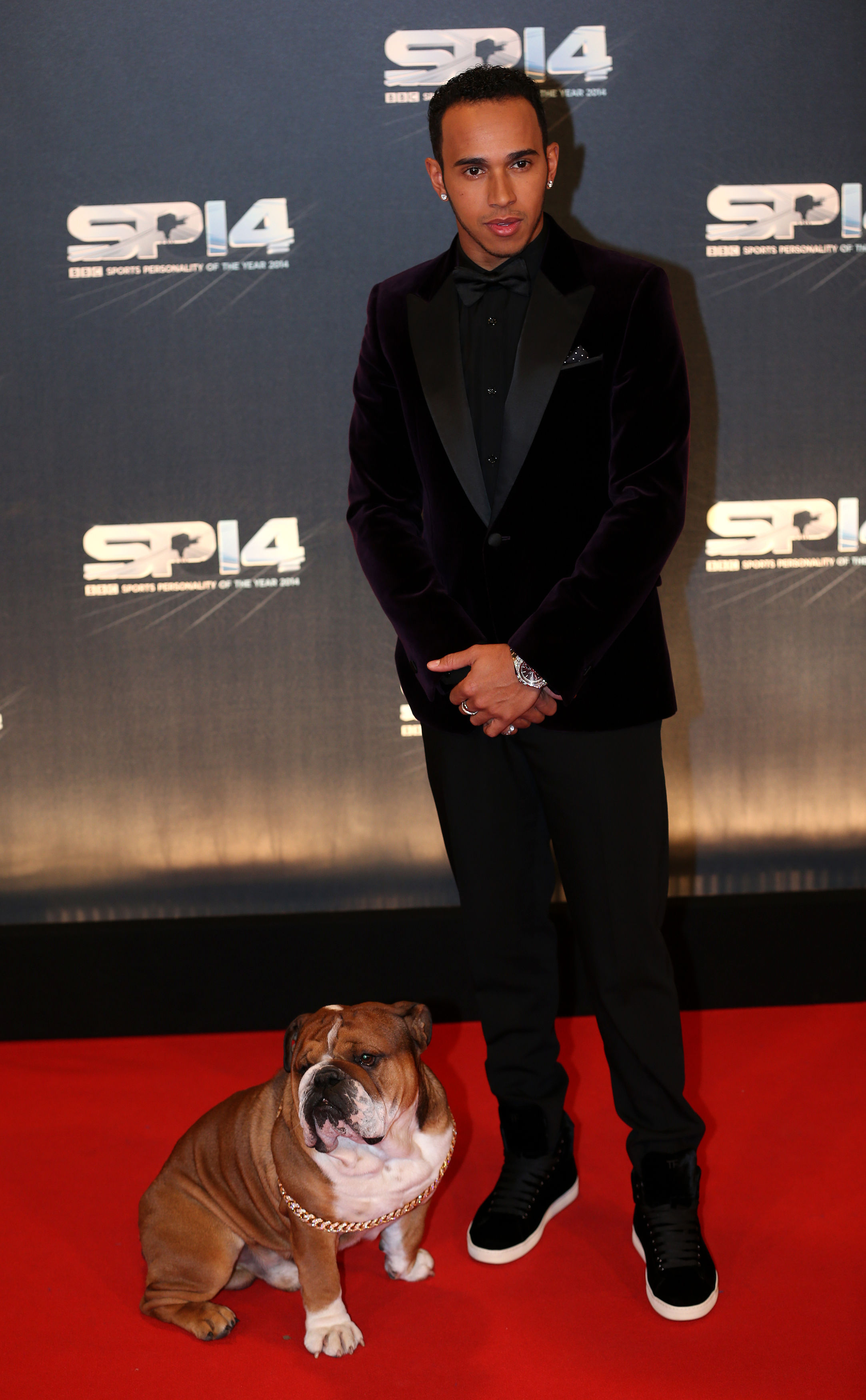 And ex-F1 driver David Coulthard believes the scrap with Verstappen is motivating him to continue.

Coulthard said: “I think that he is truly relishing the challenge.

“Of course he wants a title and wants to win, who doesn’t? But he’s done so much winning.

“I think the fact he has signed up for another two years, he’s just so motivated by the challenge.

“I truly believe Verstappen and Red Bull this year have extended his career.”