LEWIS HAMILTON has risked the wrath of Max Verstappen by insisting he has NO regrets over his role in the Dutch ace’s crash at the British GP.

Verstappen span off the track in the first lap after his car touched Hamilton’s during a heated battle for top spot. 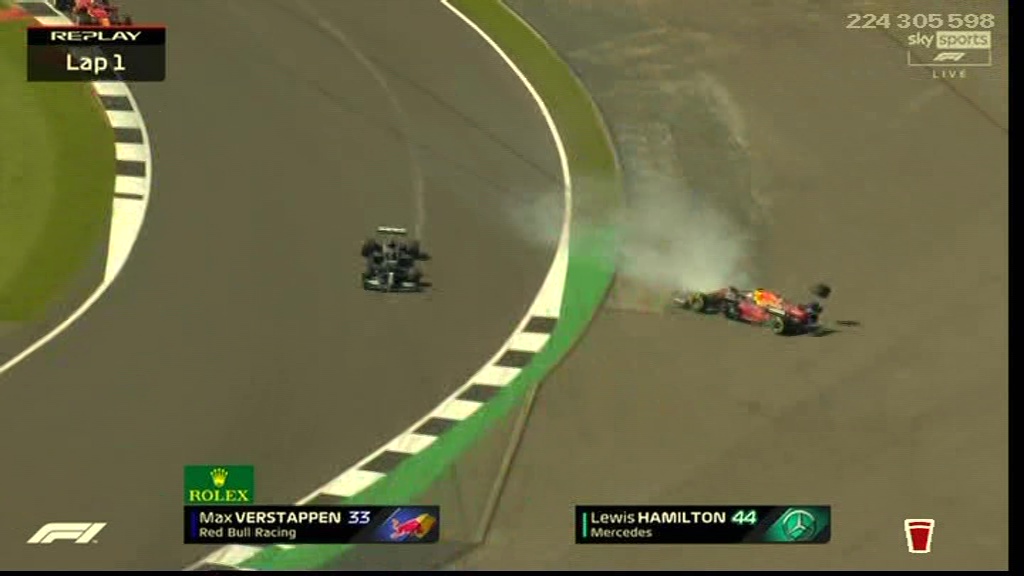 Verstappen blasted Hamilton as the pair touched on the first lap, with the Brit going on to win

Verstappen’s crash meant he was unable to continue racing at Silverstone.

And the Red Bull ace was fiercely critical of Hamilton’s ‘aggressive’ racing style as the Brit went on to win in front of a jubilant home crowd.

But F1 champ Hamilton has hit back by insisting his overtake was spot on.

And if given the chance to repeat himself, Hamilton would not change a single thing.

Hamilton stated: “In terms of the move, I’d do the move exactly the way I did it last time.

“In terms of how I reviewed it, analysed it, and with all my experience, and over the years I have been through a lot, I wouldn’t change it.”

I am not going to hide my emotions

Hamilton also hit back at claims that his celebrations were ‘disrespectful’ as Verstappen was taken to hospital for checks.

Hamilton added: “I don’t believe our behaviour was disrespectful. As I said, it is one thing knowing [he had gone to hospital] and celebrating what happened and it is another thing not knowing and celebrating.

“Obviously, I wasn’t aware. It was my home grand prix and we worked incredibly hard for God knows how long to get a result like that.

“Emotions were running high and it wasn’t an intentional celebration, it was just the joy of seeing so many people celebrating and being together.

“It was a natural emotion. I am not going to hide my emotions. It was an amazing feeling to see so many people.”

It remains to be seen how Verstappen reacts after he claimed he could have pushed Hamilton into a WALL.

Verstappen said: “I defended hard, but not aggressively. I don’t think I did anything wrong, I could have pushed him into the wall as well.

“You can’t pretend after a victory like that, that nothing is wrong. Especially not after you’ve tapped someone off the track and that competitor is in hospital.

“That’s just not possible. I would never do that in any case. This shows what Mercedes is really like.

“We are drivers, we just carry on. I’m not happy with what happened, but we’ll both keep pushing for the title and we’ll keep racing each other as best we can – at least I do.”