LEWIS HAMILTON hit back after seeing Max Verstappen draw first blood in their battle for the F1 crown.

The Dutchman took a scintillating pole position lap hailed by Red Bull boss Christian Horner as one of the best of the year.

It was a far cry from his disappointment just seven day ago when he was on another flying lap – one that was even better given the demands of the Jeddah circuit when he hit the wall at the final turn.

There was another mistake here under the spotlights in Abu Dhabi – a lock up at Turn One which could yet turn out to be even more costly in this championship.

It was innocent enough and happened in the unusually dramatic middle section of qualifying – but it was not unnoticed by Hamilton, who took another dig at his rival.

A barb about whether Verstappen’s error was actually done on purpose so he starts Sunday’s race on a different set of tyres to him.

Hamilton said: “It was interesting that lock-up into Turn One. A conspiracy but no one locks up into Turn One and if you do it is not a big one.
“I think they did it deliberately so they chose to go on to the soft tyre.”

Why could it prove so crucial? F1 rules state that drivers have to start the race on the same set of tyres they set their quickest lap in Q2.

Verstappen’s lock-up came on a set of medium, yellow-walled, tyres, as he slid while trying to slow down his Red Bull.

It caused a flat-spot on his tyre – the upshot was it would hamper his performance at the start of the race.

It meant that Red Bull were forced to swap him on to the quicker but less durable soft tyre, with the red walls.

So while he will benefit from better pace off the line, he could be reeled in by Hamilton in the race as they are less durable and Verstappen will have to pit first. 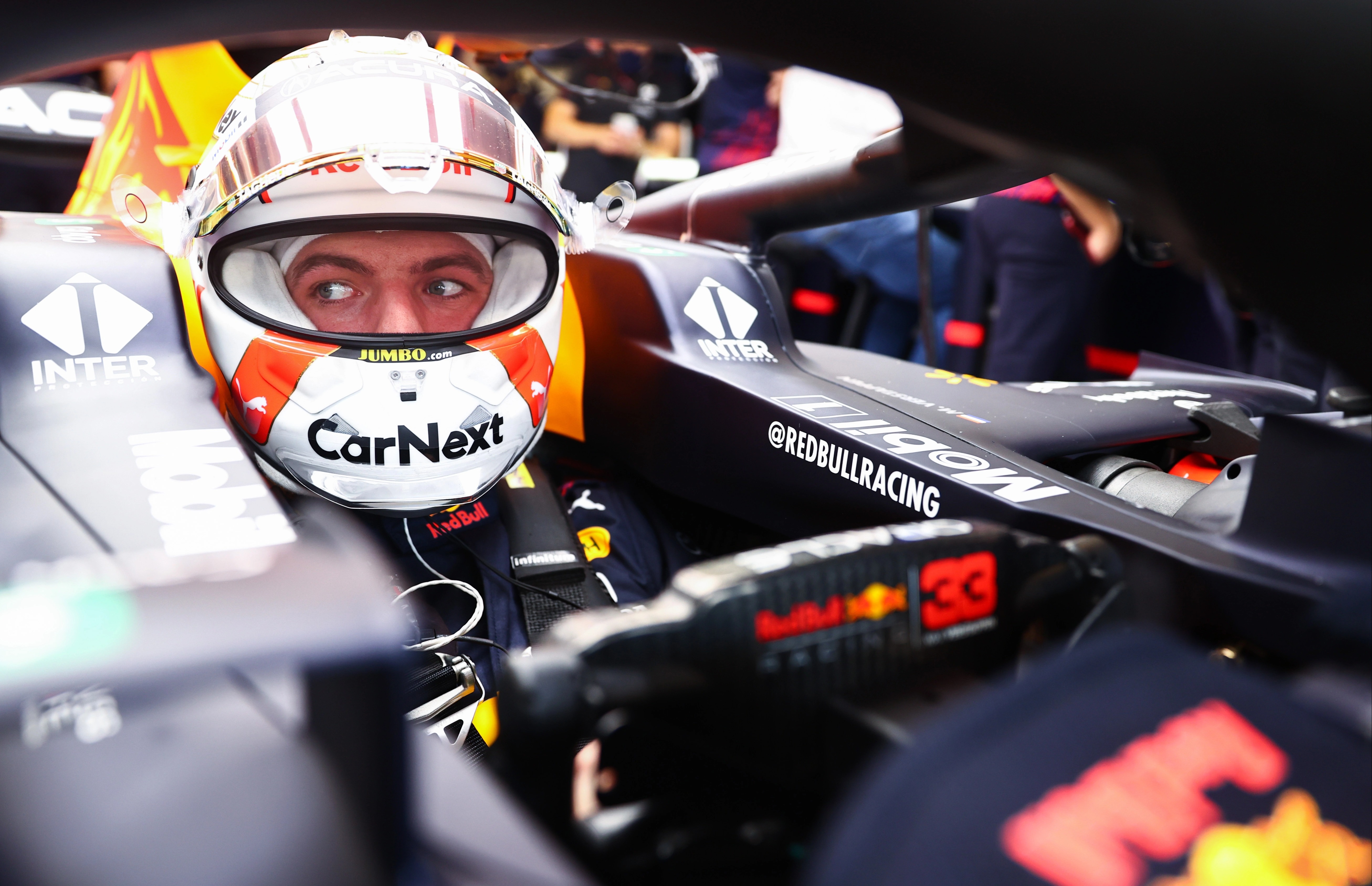 It leaves the race delicately poised as Hamilton and Verstappen will start the race on different strategies in what will prove to pitch the two team’s at each other.

Hamilton however, thinks he is on the right tyre choice.

He added: “I hope we are on the right one and time will tell, but if they have the degradation we think will happen to the soft tyre, we will be in a good place.”

Pole position means the omens are good for Verstappen, as the last six winners of this race have started P1, the strategic game of chess promises to be captivating.

For Hamilton, he took another swipe at Verstappen saying that he actually prefers to be starting BEHIND the Dutchman.

He quipped: “I’m still on the front row, we’ve got the difference between the tyres and I’m grateful I can see where he is.”

The reference was to their controversial coming together in Monza where Verstappen went over the top of his Merc, or perhaps their recent duel in Saudi Arabia.

Despite having missed out on pole, Hamilton was nonetheless pleased with lining up in second but did fire a shot at teammate, Valtteri Bottas.

He also said he felt Red Bull’s tactics of using Sergio Perez to give Verstappen a tow should be outlawed. 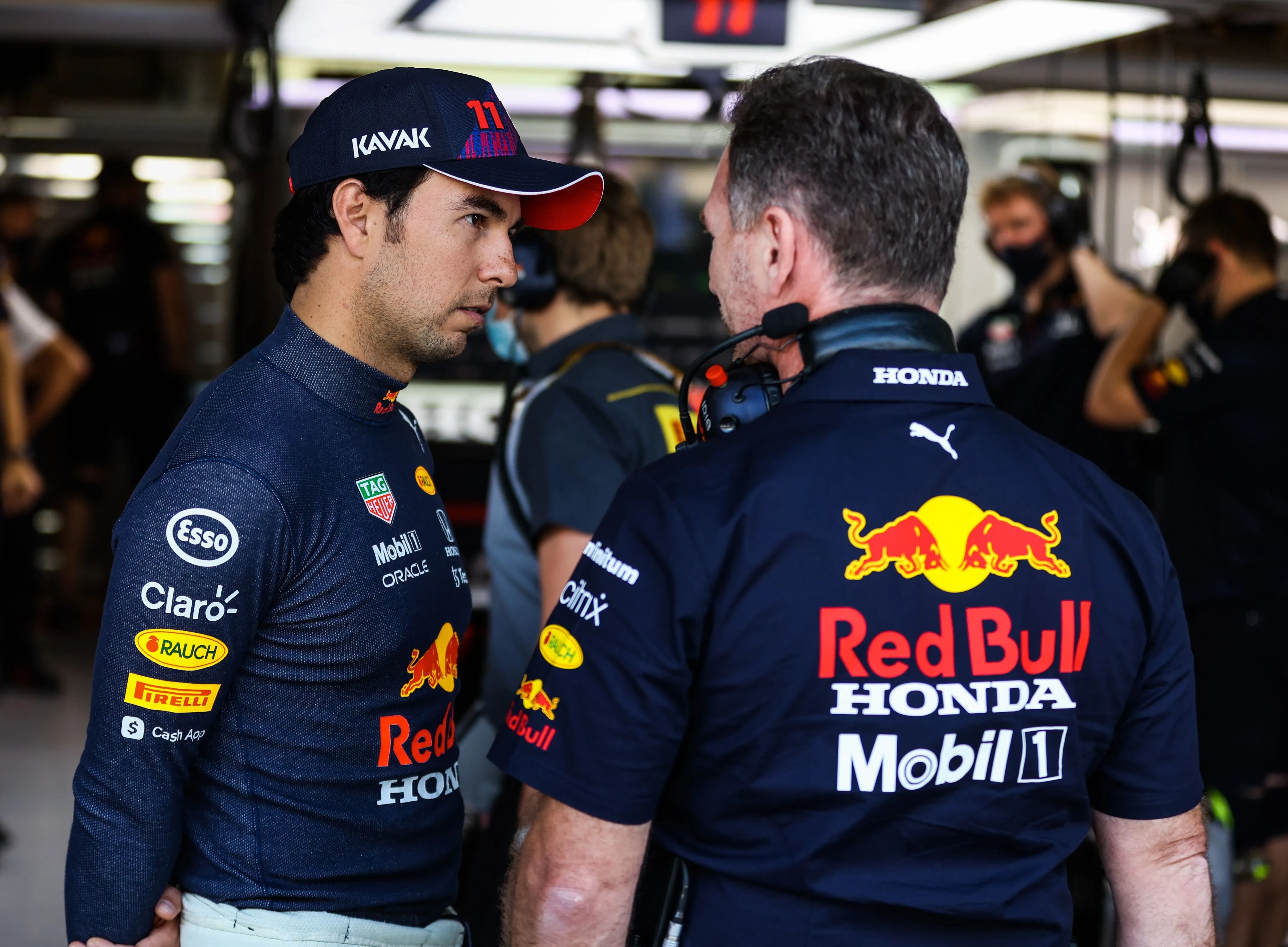 It is difficult to agree with the Brit, who has ironically benefited from the tactic in the past where one driver is sacrificed to give the other the benefit of slipstream.

In this instance the Mexican performed the perfect slingshot around Turn Nine of Verstappen’s flying lap that secured him pole.

Verstappen said: “That first run was very nice, and a nice tow and nicely executed as well.

“Whatever the gap was, I might have gained a tenth towards turn nine, which is not a massively long straight.

“Nevertheless, Checo [Perez] is a great team-mate, a real pleasure to work with, so a big thank you to him.”

Hamilton, however, said the practice should be stopped and added: “We’ve never, ever really done that.

“I like Valtteri to focus on…we work as a team and Valtteri needed to get the best job done for himself to have both of us as high up as possible.

“It’s never something we discuss or we work on and I don’t believe it should have been done.”

Meanwhile, Hamilton, who was booed after qualifying by the orange-clad Verstappen fans, said he would use the jeers as “fuel”.

And he said he is feeling “a million times better” than when he was last fighting for the title on the final day of the season – back in 2016 when he lost out to Nico Rosberg. 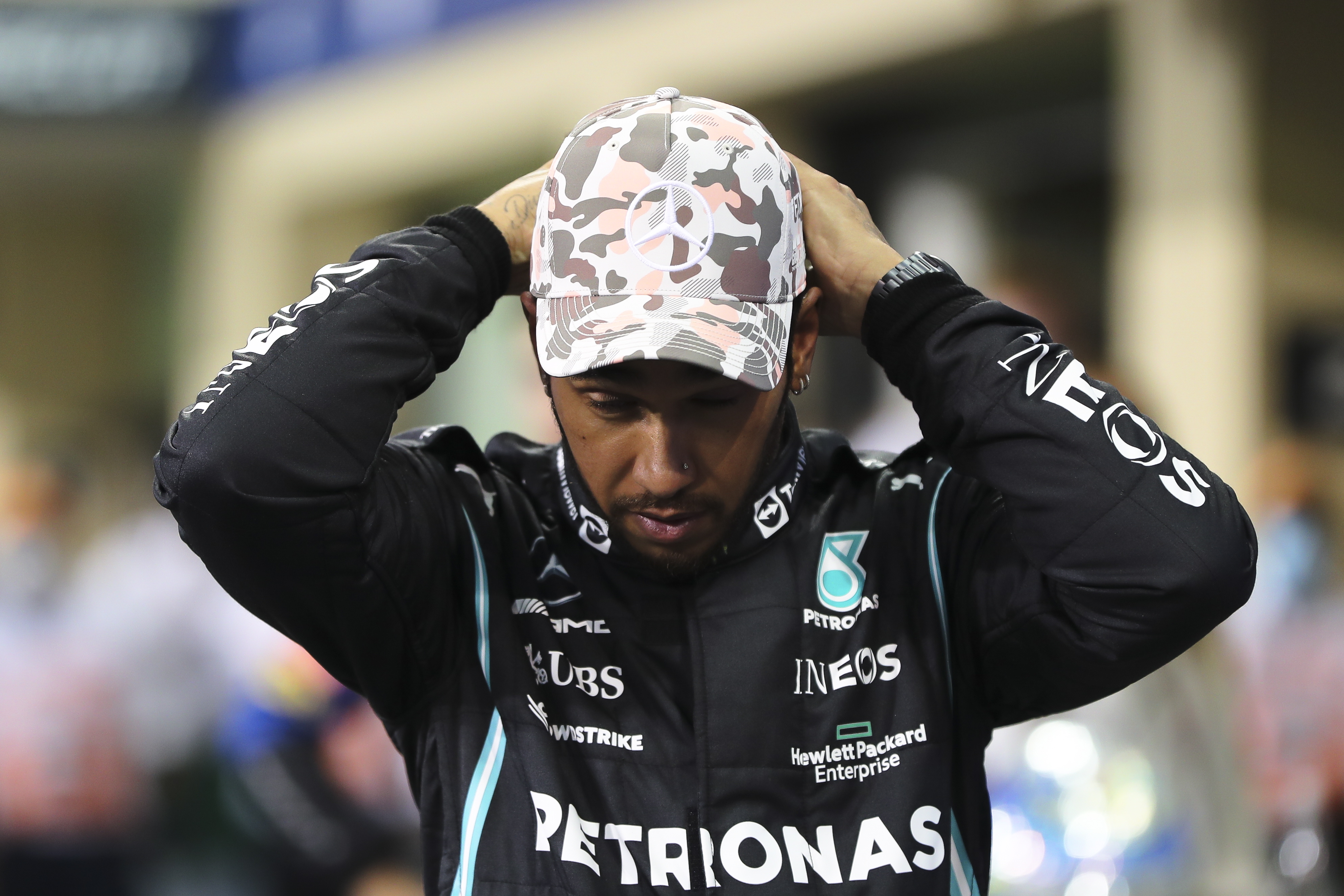 Hamilton was jeered by Verstappen fans on SaturdayCredit: EPA

“It is not something I particularly want to go into. I am just in a different place in life than in 2016

“[I’m] facing different resistance in life and this time I’m just in a different and much happier place.”

When asked if he is a better driver now than when he battled with Rosberg, Hamilton added: “Yes. And teammate.”