LEWIS HAMILTON is going in search of his 100th victory in Formula One this weekend in Hungary – but there is one man out to stop him.

Furious Max Verstappen is out for revenge after he was KO’d at Silverstone while Hamilton’s win reduced his 33-point cushion in the championship to just eight.

Max Verstappen will once again duel with Lewis Hamilton in HungaryCredit: PA 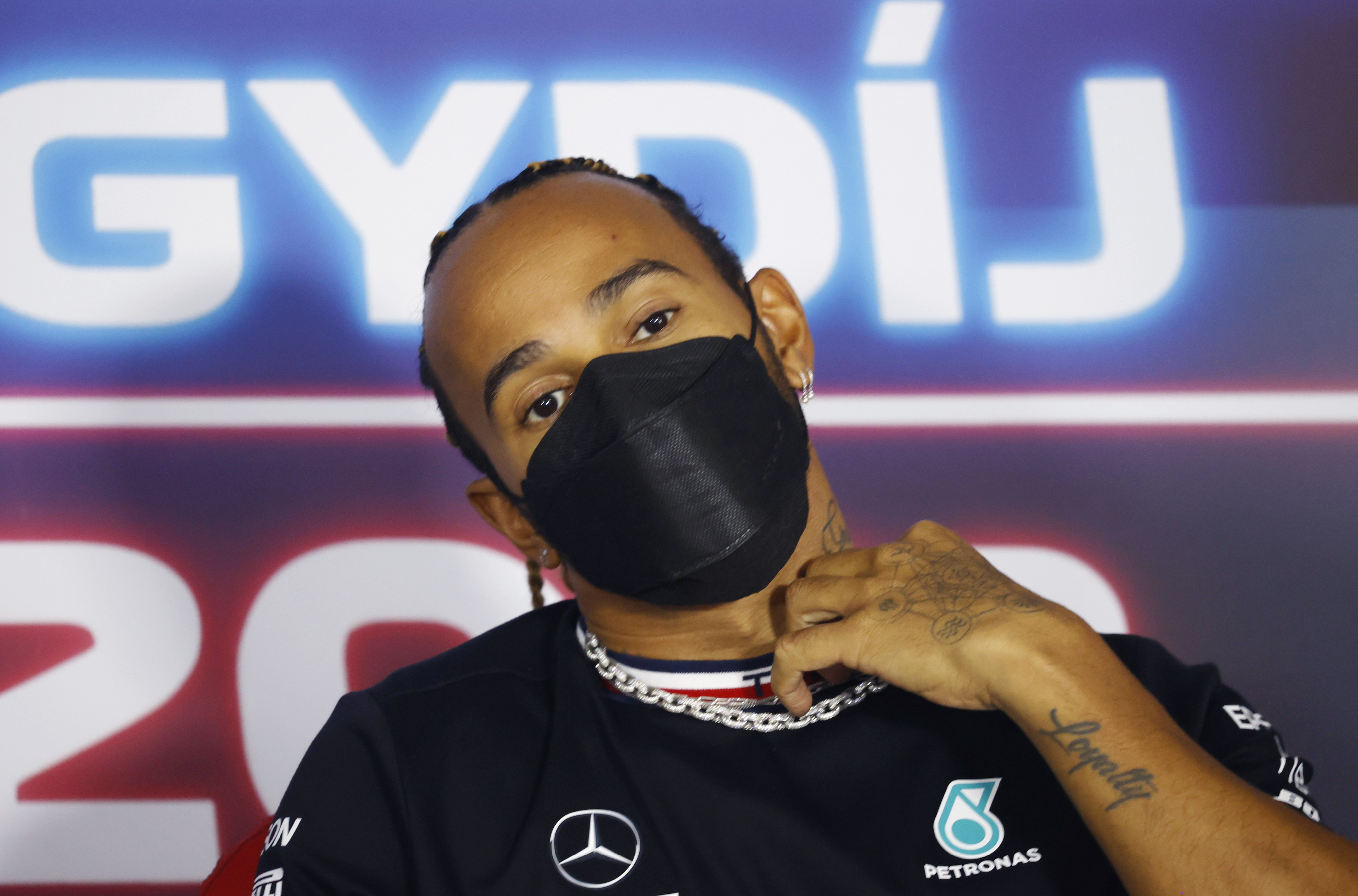 Hamilton, F1‘s most-successful driver of all time, has always said he wanted to battle for his world titles.

In recent years he swatted away the challenge from team-mate Valtteri Bottas and Sebastian Vettel, during the German’s time with Ferrari.

And now, as he bids for a record eighth title to move him clear of Michael Schumacher’s haul, he has got his wish.

This fight between the champion and the challenger has the potential to become one of the sport’s great rivalries.

Wounded from the high-speed crash at the British GP, the Dutchman is down but not out and ready for redemption, openly saying the gloves are off.

He said: “I didn’t know the gloves were on. Who fights with gloves? Nothing changes from my side.

“I didn’t do anything wrong. I fought hard, I defended hard, but not aggressively because if it had been aggressive I would have squeezed him into the inside wall.

“You can say I am an aggressive driver, but I don’t think I am. I am a hard driver. I race hard but I know how to position my car.

“I have not been involved in an accident by running into people, I have zero penalty points and that says quite a bit.”

It is fighting talk from the 23-year-old who was brought up with some tough love from his dad, former F1 driver Jos, who is there to keep his son in line.

They celebrated like it was a world championship win.

Having been quizzed about Mercedes and Hamilton’s celebrations at Silverstone, the Red Bull driver’s response tells you all you need to know.

He said: “They celebrated it like it was a world championship win.

“If it had been the other way around, I definitely would have deserved a kicking and my dad would tell me that.”

Hamilton is beginning to find that Verstappen is a tough nut to crack this season.

The fact is, Red Bull have a quicker car and Hamilton is having to get his elbows out in a way we have not seen since his fight with Nico Rosberg.

And fans are lapping it up, as the duel for the title has made F1 box office in the hope of this spawning a hatred like Ayrton Senna’s rivalry with Alain Prost.

Flashback to 1989 and the Japanese Grand Prix where the then McLaren teammates collided in a crash that shook the sport.

Then, the following year at the same race, Senna’s first lap collision with Prost that would land the Brazilian driver the most controversial of title wins. 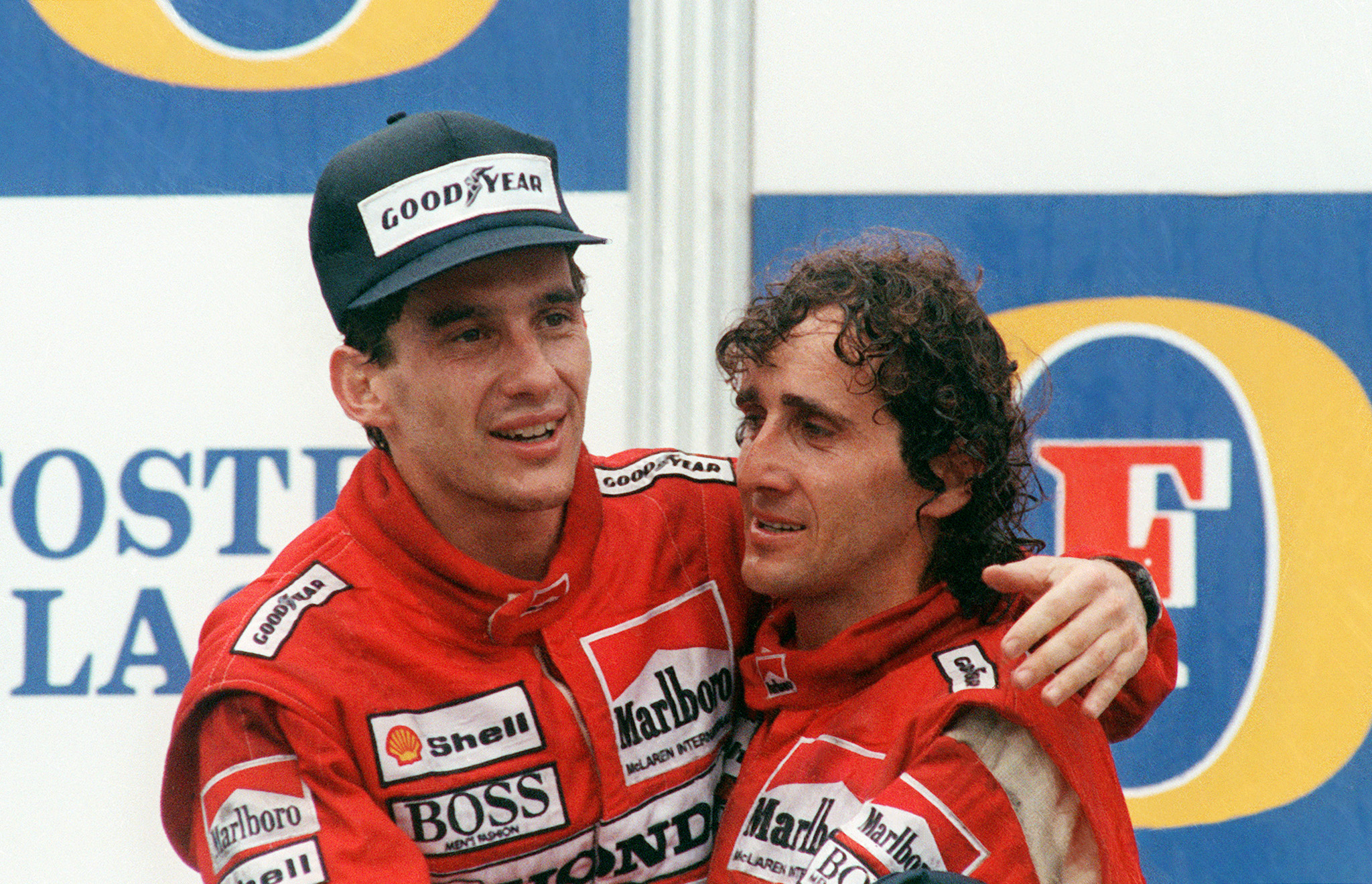 This battle has reminded fans of Ayrton Senna versus Alain ProstCredit: AFP

This has all the hallmarks of another simmering feud that looks to define an era of this sport.

What are the odds of a repeat of another first-lap incident between Hamilton and Verstappen this weekend?

It is certainly not unthinkable and, while Hamilton would not be drawn on his relationship with Verstappen, he admits people will tune in to watch how it unfolds.

He said: “I remember when I first started watching the Senna versus Prost period, at the time it was just exciting.

“I had no idea whether the rivalry was good or bad for the sport.

“Today, I think, just like growing up, wheel-to-wheel racing was always the best, from karting. The most exciting part of motor sport is when you see close racing.

“We’re now seeing two teams incredibly close on performance and – I don’t like to compare it to past champions because it is a new era and period of time – but if there’s more people watching then that tells you all you need to know.”

Verstappen stopped short of calling Hamilton a ‘dirty driver’, adding: “That is the first time I heard it like that. I just think he misjudged the corner.”

In a series of digs and pot-shots at his rival during the pre-race press conference, Verstappen added: “As for the relationship? We are racers so we keep going.

“I am not happy with what happened but we keep on pushing, keep fighting for the championship.

“We will race in the right manner going forward, at least from my side.”

Hamilton has an impressive record at the Hungaroring with eight victories here – more than any other driver.

Only this year, things are different and there is a real sense within the paddock that this fight could turn nasty.

And, if he is to notch three figures and achieve his tonne, then he might need to do things the ugly way and slug it out.