MAX Verstappen has drawn first blood in his battle with Lewis Hamilton for the F1 crown by taking pole position at the Abu Dhabi Grand Prix.

It is advantage Red Bull going into Sunday’s final showdown, with Hamilton second on the grid and McLaren’s Lando Norris qualifying in third place. 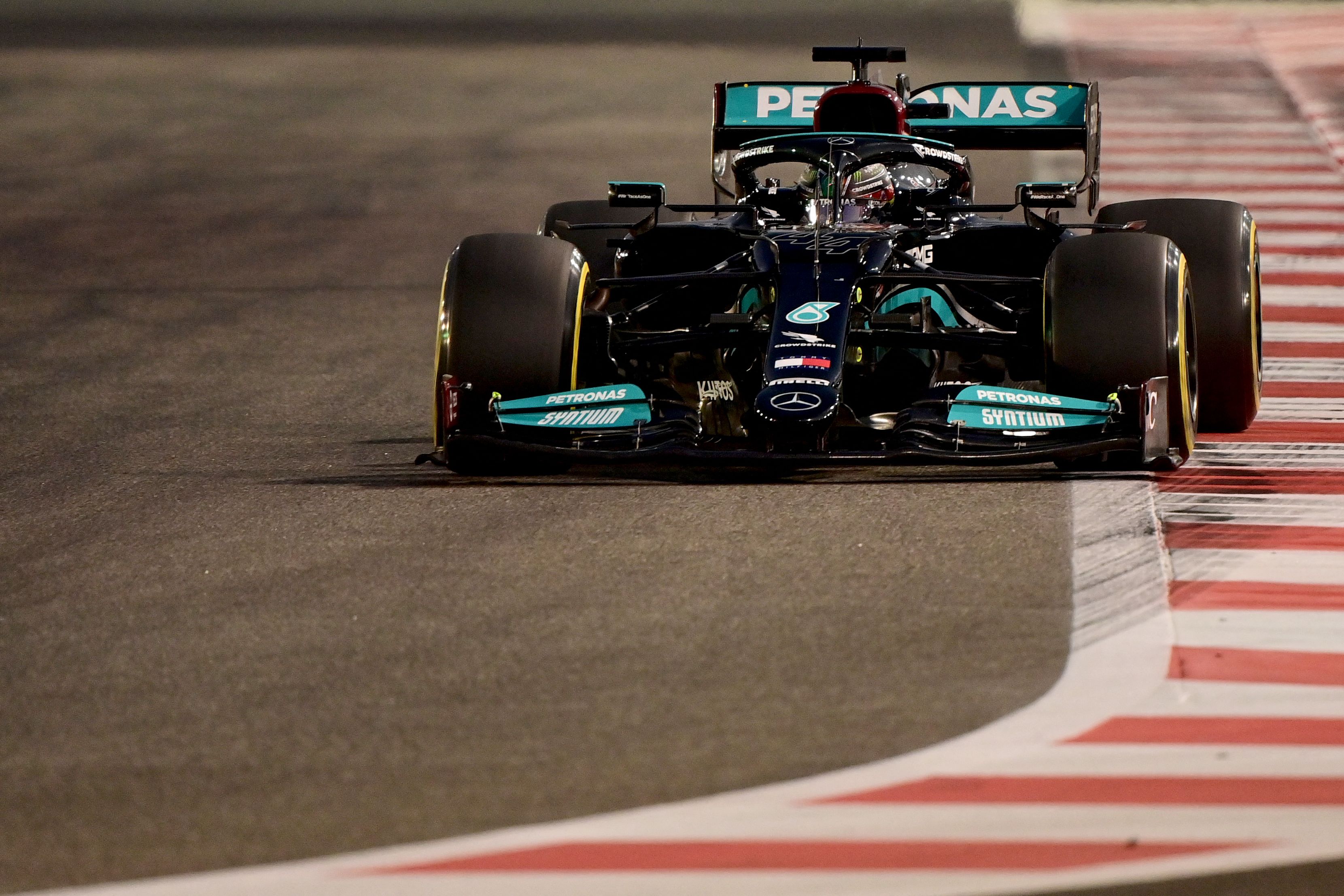 Lewis Hamilton was fastest after Q1 but had to settle for second placeCredit: AFP

Hamilton set a blistering pace round the track and led the pack from Q1 but Verstappen responded well to record the fastest time of Q2.

And the Dutchman maintained his composure going into Q3, beating Hamilton by three-hundredths of a second to take pole.

Hamilton will have to call on his 14 years experience as he looks to overtake Verstappen across the 58 laps tomorrow.

Hamilton has a brilliant record in Abu Dhabi having won four of the last seven races in the UAE capital.

But it was Verstappen who stood atop the podium in 2020 after taking pole.

Verstappen will also take confidence from his performance in Saudi Arabia and will aim to hold off Hamilton once more.

Verstappen had to overcome a last-minute change to his car with Red Bull identifying an issue with his rear wing minutes before the start of qualifying.

A delighted Verstappen said after the race: “It was an amazing feeling, we definitely improved the car again in qualifying.

“I’m very happy with this it is what we wanted.

“Now I am looking forward to tomorrow because that is most important.

“I was very relaxed going into qualifying and I know my team always give me the best car.”

And Hamilton said: “First Max did a great lap and we couldn’t compete with that time.

“We couldn’t answer to that lap, it was a fantastic lap from him.

“But we’re in a good position with our tyres tomorrow and hopefully its a good race.

“The last lap was nice and clean I just couldn’t go any quicker…I couldn’t beat that time, he fully deserves top spot.

“I’m still on the front row, I’m grateful I can see where he is!”

Five contenders to replace Lewis Hamilton at Mercedes if he retires, from Norris joining Russell to shock Bottas return