MICK SCHUMACHER was involved in a horror crash in Formula 2 qualifying as Roy Nissany’s car MOUNTED on top of him.

The son of Ferrari F1 legend Michael, Schumacher’s nasty collision came days after it was announced he would graduate to F1 in 2021. 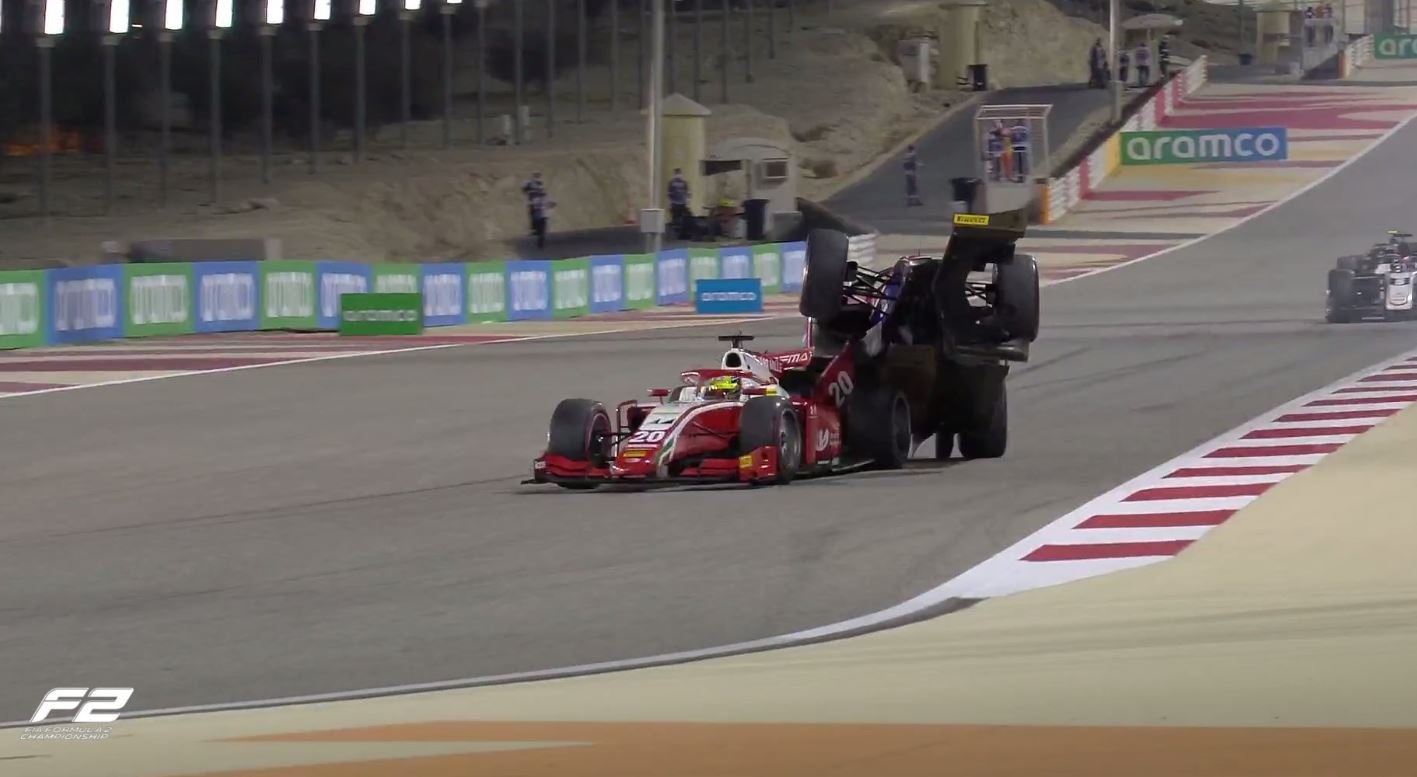 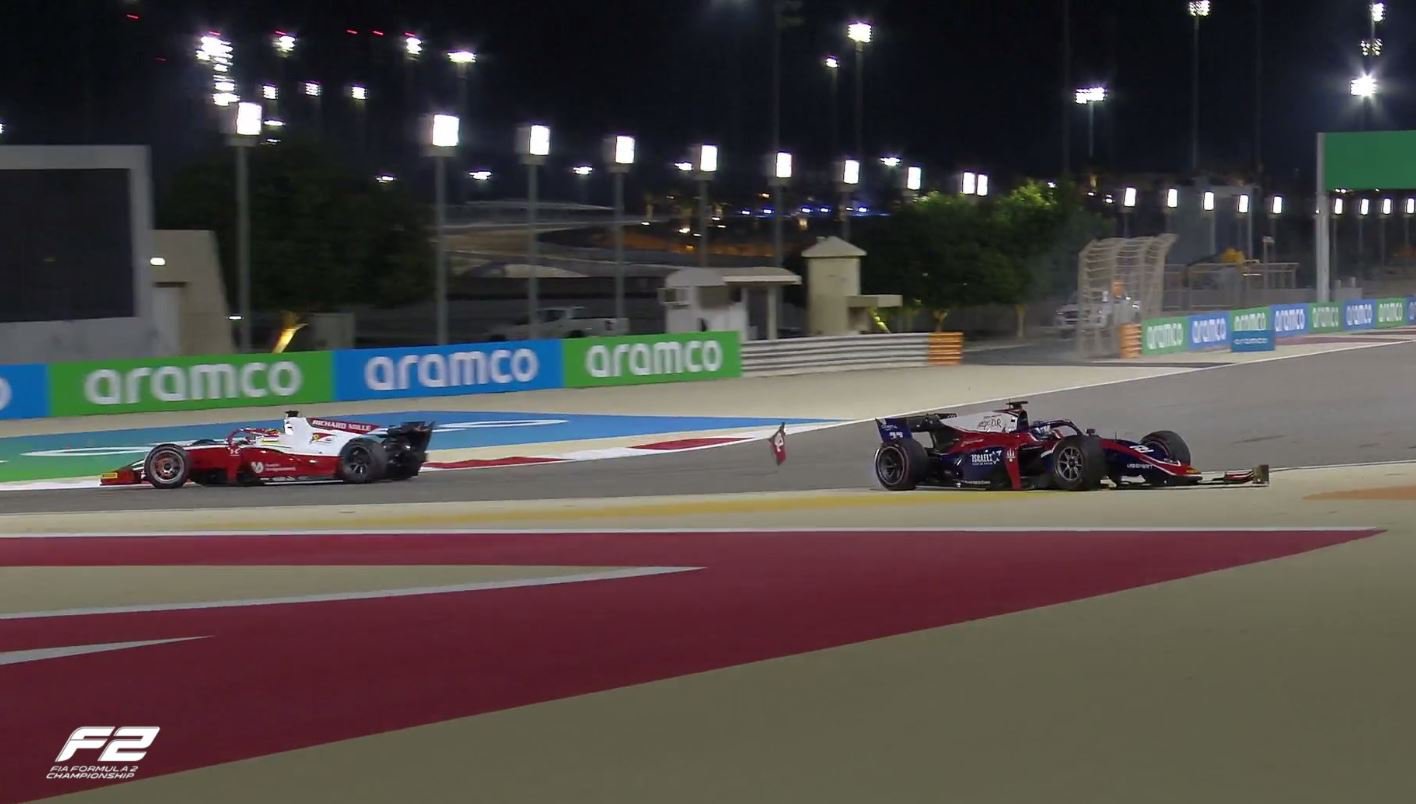 The two cars spun off the track in qualifying in BahrainCredit: Formula 2

Prema Racing’s Schumacher is believed to have escaped unscathed from the incident – just a week after Romain Grosjean’s near-death F1 smash at the same track shocked the motorsport world.

But his discontent was audible as he fumed on the team radio ‘why is this guy crashing into me?’.

The 21-year-old will drive for Haas next season, following in the footsteps of his famous father who won seven F1 world titles.

Schumacher is currently leading the F2 championship by 14 points from Brit Callum Ilott and can clinch the title this weekend in Bahrain.

He will partner fellow rookie Nikita Mazepin, the son of a Russian billionaire, next season.

Schumacher shared his joy at the news, saying: “The prospect of being on the Formula 1 grid next year makes me incredibly happy and I’m simply speechless.

“I would like to thank Haas F1 Team, Scuderia Ferrari and the Ferrari Driver Academy for placing their trust in me.

“I also want to acknowledge and extend my love to my parents – I know that I owe them everything.

“I have always believed that I would realise my dream of Formula 1.

“A huge thank you must also go to all the great motorsport fans out there who have supported me throughout my career.

“I will give it my all, as I always do, and I look forward to going on this journey together with Haas F1 and them.”

FORMULA ONE is where legends are born, behind the wheel of the fastest cars on the planet. But who is...

‘It would have been disaster’