ROMAIN GROSJEAN says he would have been killed had it not been for the halo cockpit protection system on his F1 car.

The Frenchman’s shared an image of himself smiling from his hospital bed hours after his car pierced through a crash barrier at 140mph and was sliced in two, sparking a huge fireball. 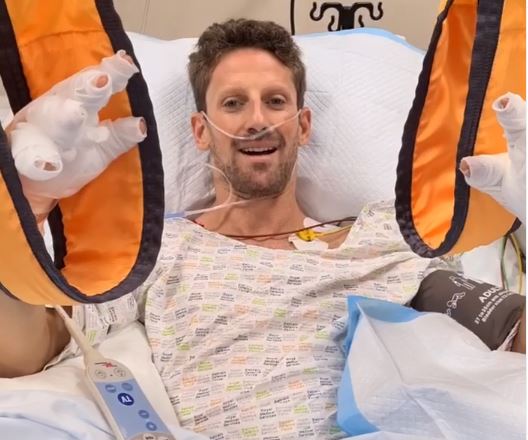 Romain Grosjean shared an image of himself smiling from his hospital bed after his horror crash in BahrainCredit: Instagram 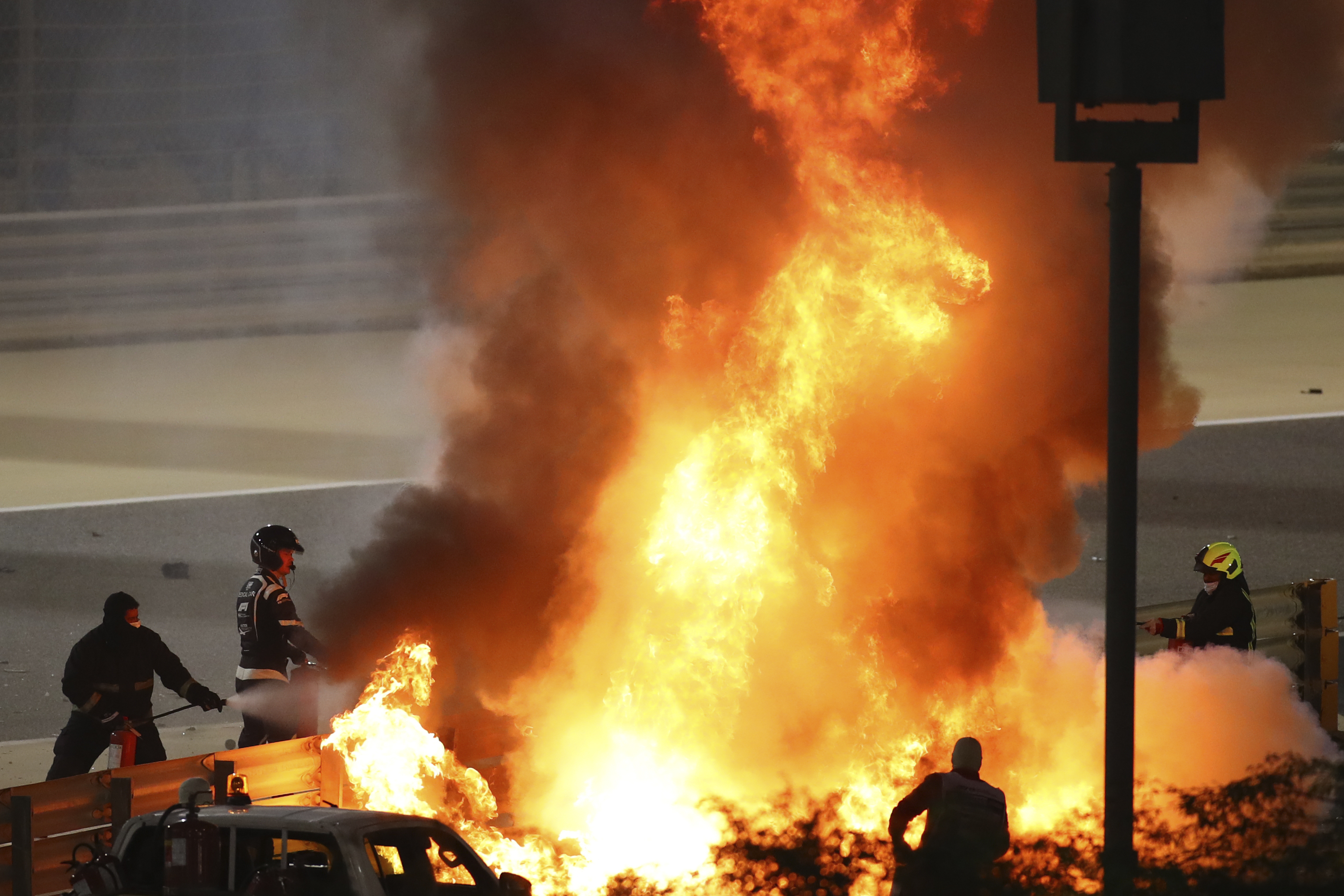 Grosjean’s F1 car went up in flames before he amazingly managed to escape the wreckCredit: AP:Associated Press

The Haas driver was trapped for 20 seconds in the burning wreck on lap one of the Bahrain GP before squeezing out and walking away.

The 34-year-old was being kept in hospital overnight in Bahrain to receive treatment for his burned hands – but was left  in no doubt that the halo saved his life.

He said: “I wanted to say I am OK. Thank you very much for all the messages.

“I was not for the halo some years ago but I think it is the greatest thing we have done in Formula One and without it I would not be able to speak to you today.

“Thanks to all the medical staff at the circuit and hospital and hopefully I can write you some messages.”

Lewis Hamilton said the Frenchman was lucky his head was not cut off by the barriers while 1996 champ Damon Hill said ‘it is a miracle he is alive’.

Hamilton said: “It was such a shocking image to see. When we arrive, when I get in the car, I know I’m taking risk and I respect the dangers that are in this sport.

“I’m just so grateful the halo worked, grateful the barrier didn’t slice his head open or something like that, you know? It could have been so much worse.

“It’s a reminder to us and hopefully to the people that are watching that this is a dangerous sport and that is why we’re out there pushing to the limit and playing with that limit, but you also have to respect it.” 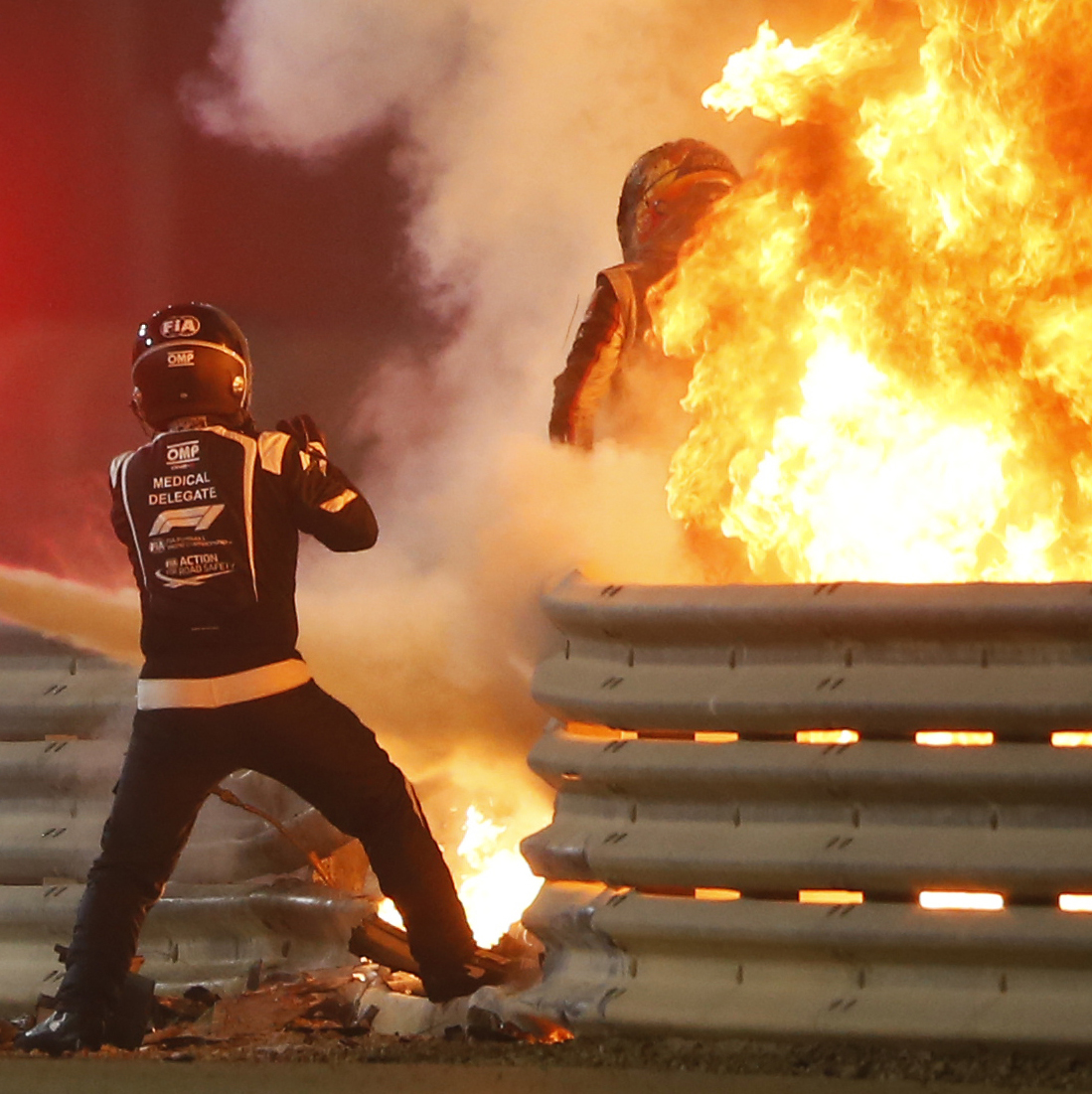 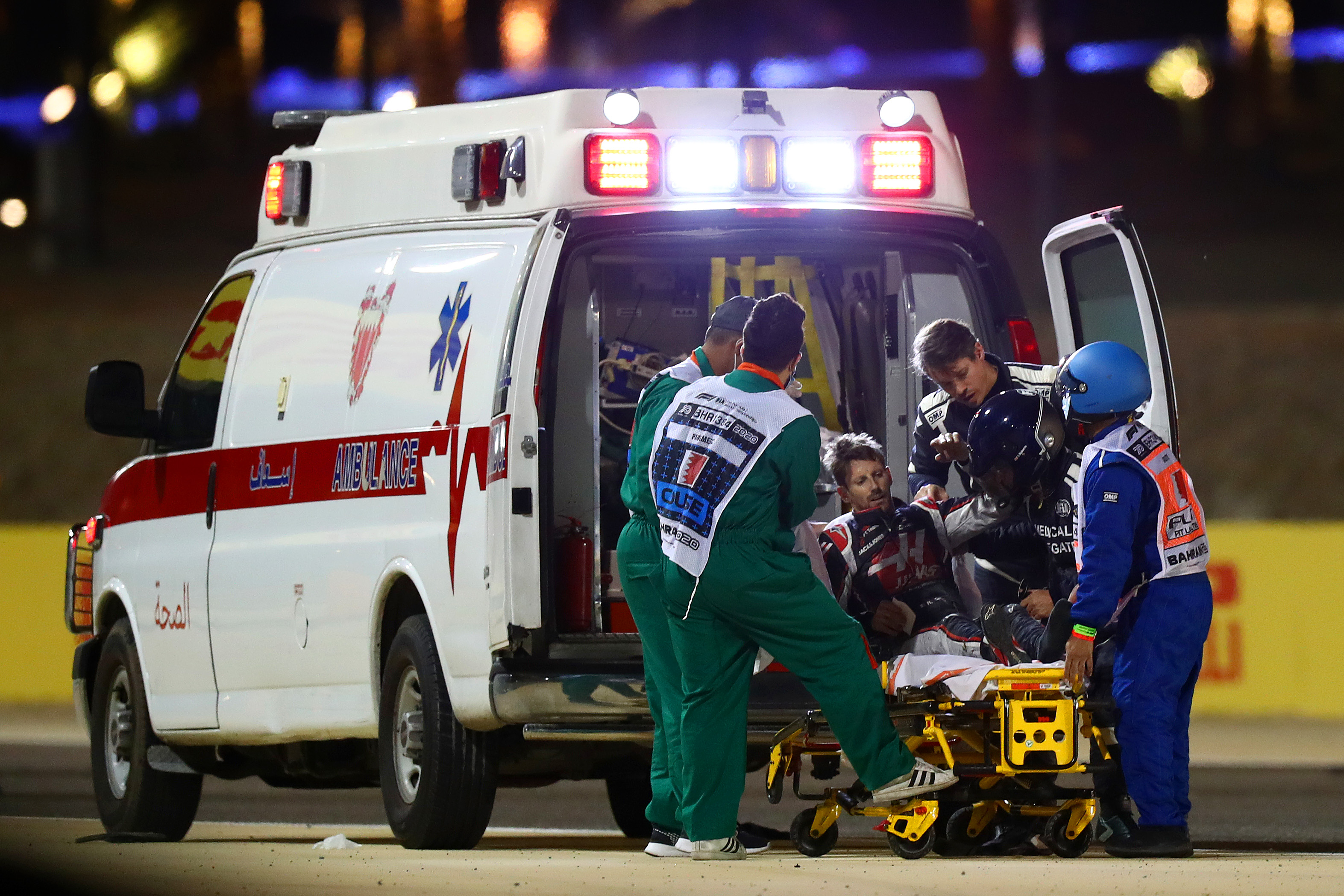 Grosjean was rushed to hospital to get treatment for burnsCredit: Getty Images – Getty

The father of three, who is retiring from F1 at the end of this season, was helped over the barriers by Doctor Ian Roberts who was immediately on the scene.

Roberts, who was a passenger in the medical car that travels behind F1 cars for the first lap, was then helped by his driver Alan van der Merwe, who used an extinguisher to put them both out.

The incident happened on the first lap as Grosjean’s car was clipped by Danill Kvyat’s AlphaTauri and sent hurtling towards the barriers.

The halo parted the barriers – had it not been there, it would have been Grosjean’s head and a certain fatal accident.

Hero van der Merwe was thanked by Haas boss Gunther Steiner for his bravery. He said: “We’ve never seen that much fire. It took a little while to process what was going on.

“Romain got out himself which is pretty amazing. Very impressive.”

F1’s MD Ross Brawn has now promised a thorough investigation into the accident ahead of next week’s second race in Bahrain on their high speed oval track. 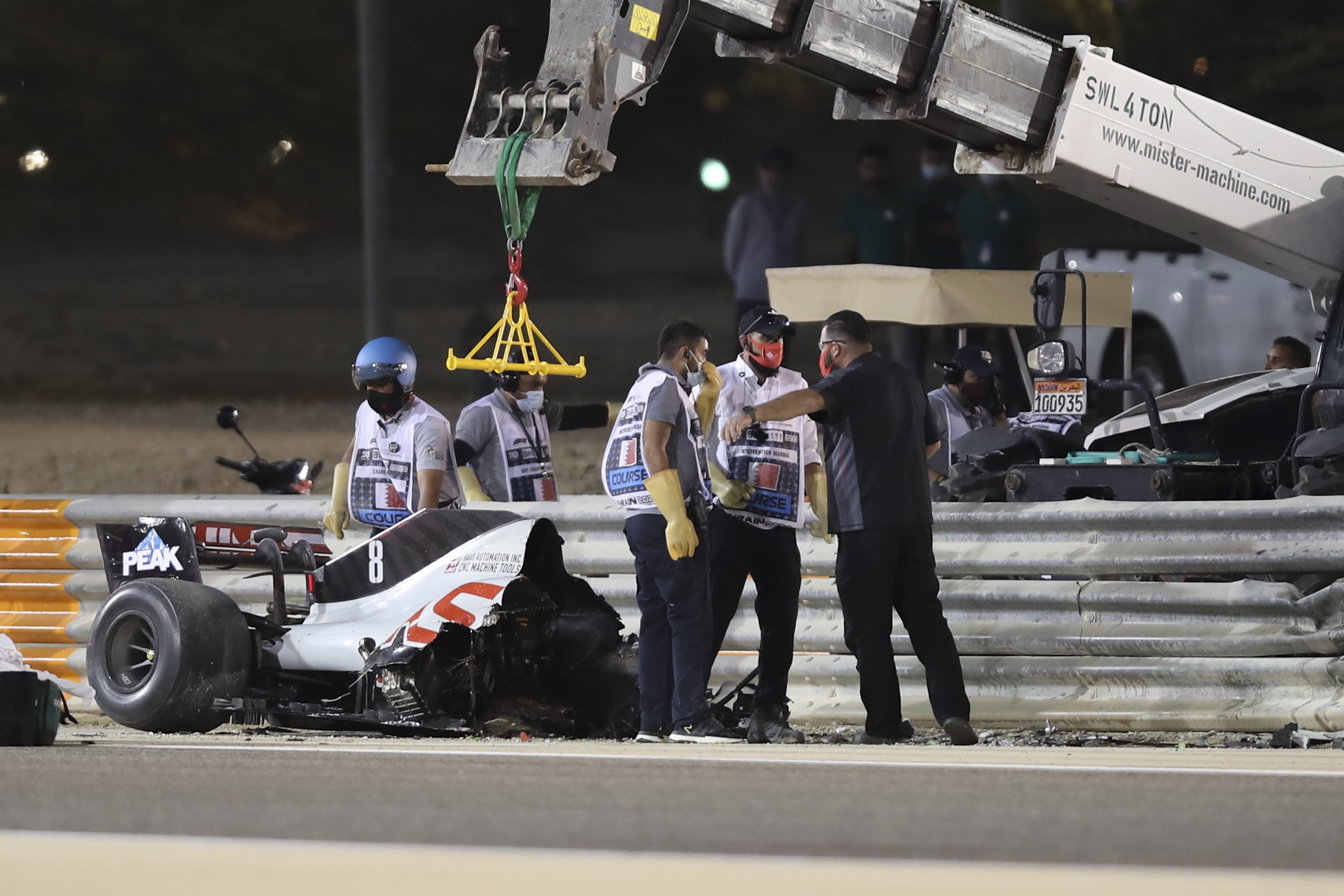 The extent of the damage to his car was seen after the wreck was clearedCredit: EPA

He added: “We have to do a very deep analysis of what happened. Lots of things were worrying. The fire was worrying and the split of the barrier was worrying.

“The safety of the car is what got us through today.

“Barriers splitting was a classic problem many years ago and normally resulted in a fatality.

“No doubt the halo saved Romain and the team behind it deserve credit for forcing it though.

“I don’t think anyone can doubt the validity of the halo. It was a lifesaver today.

“There will be some careful scrutiny between now and the next race and action will be taken that needs to be done.”

LEWIS HAMILTON has revealed the inspiration behind his 100th victory in Formula One - a pep-talk with his dad the...

Max Verstappen is a better driver than Lewis Hamilton and Mercedes ace would struggle in his car, claims Red Bull boss