GEORGE RUSSELL was given a cruel triple whammy that denied him victory in the Sakhir Grand Prix.

The brilliant Brit delivered a fantastic performance that proves he deserves to be Lewis Hamilton’s teammate at the Silver Arrows next season. 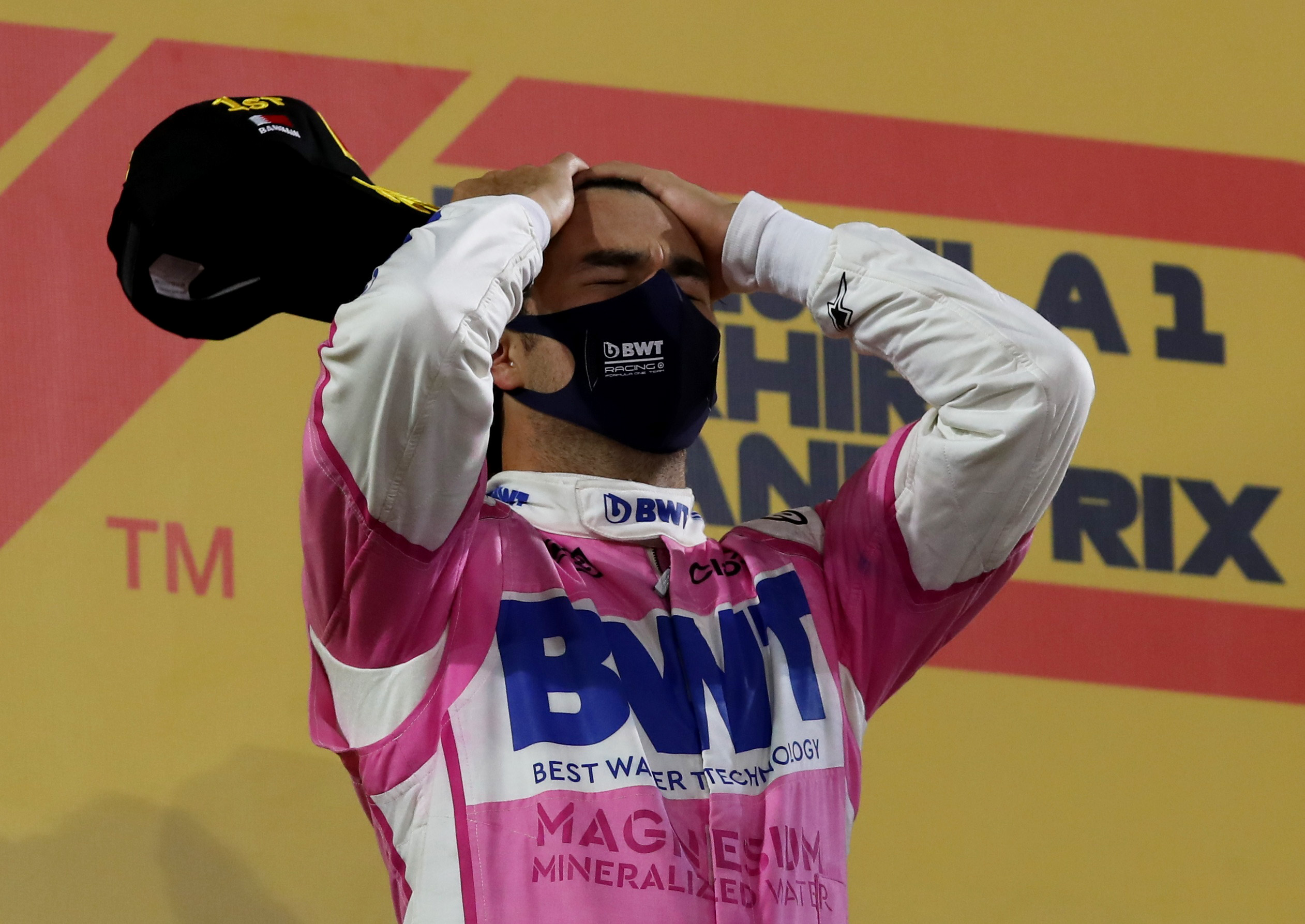 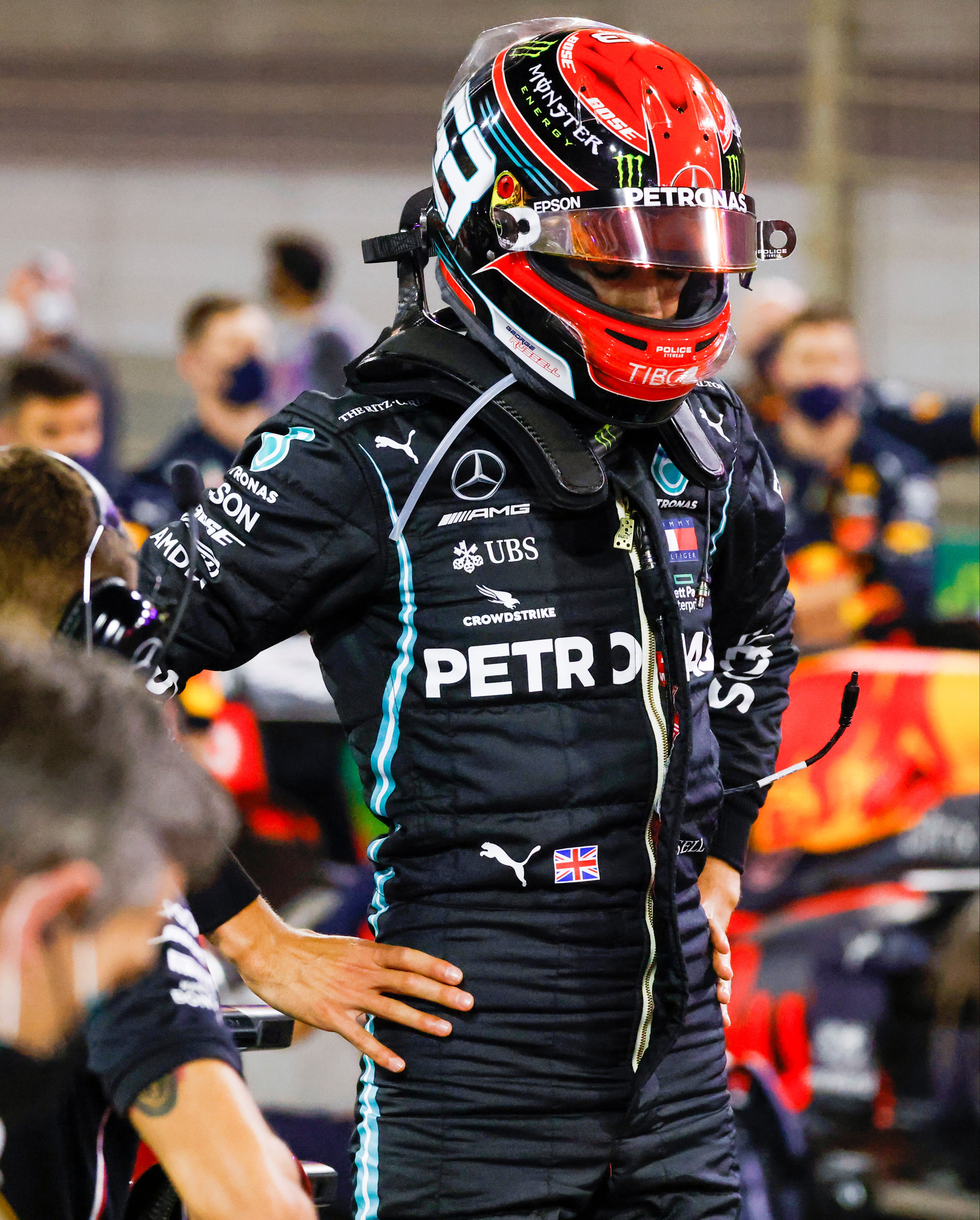 George Russell seems as stunned as winner Sergio Perez but for contrasting reasons after a fine win was snatched away through no fault of his ownCredit: Splash News

But a pitstop cock up by his Mercedes team – and a late puncture denied him a thrilling victory.

Instead, this rollercoaster race served up a popular winner in Sergio Perez, his first win in F1 in 190 races.

The Mexican has been shown the door by Racing Point for 2021 and it is staggering to think he might not be on the grid next season.

But this was a belting race in Bahrain, as Perez was joined on the podium by Esteban Ocon and Lance Stroll.

But it was heartbreak for Russell who eventually came home in ninth place while Valtteri Bottas was in eighth.

There were some obvious nerves for Russell as he lined up on the grid in second place.

It was the first time he started on the front row in over two years so it was no surprise that on the formation lap he was slow off the line and Max Verstappen overtook him.

But there was nothing wrong with his start to the race as he made an excellent getaway from the start line. 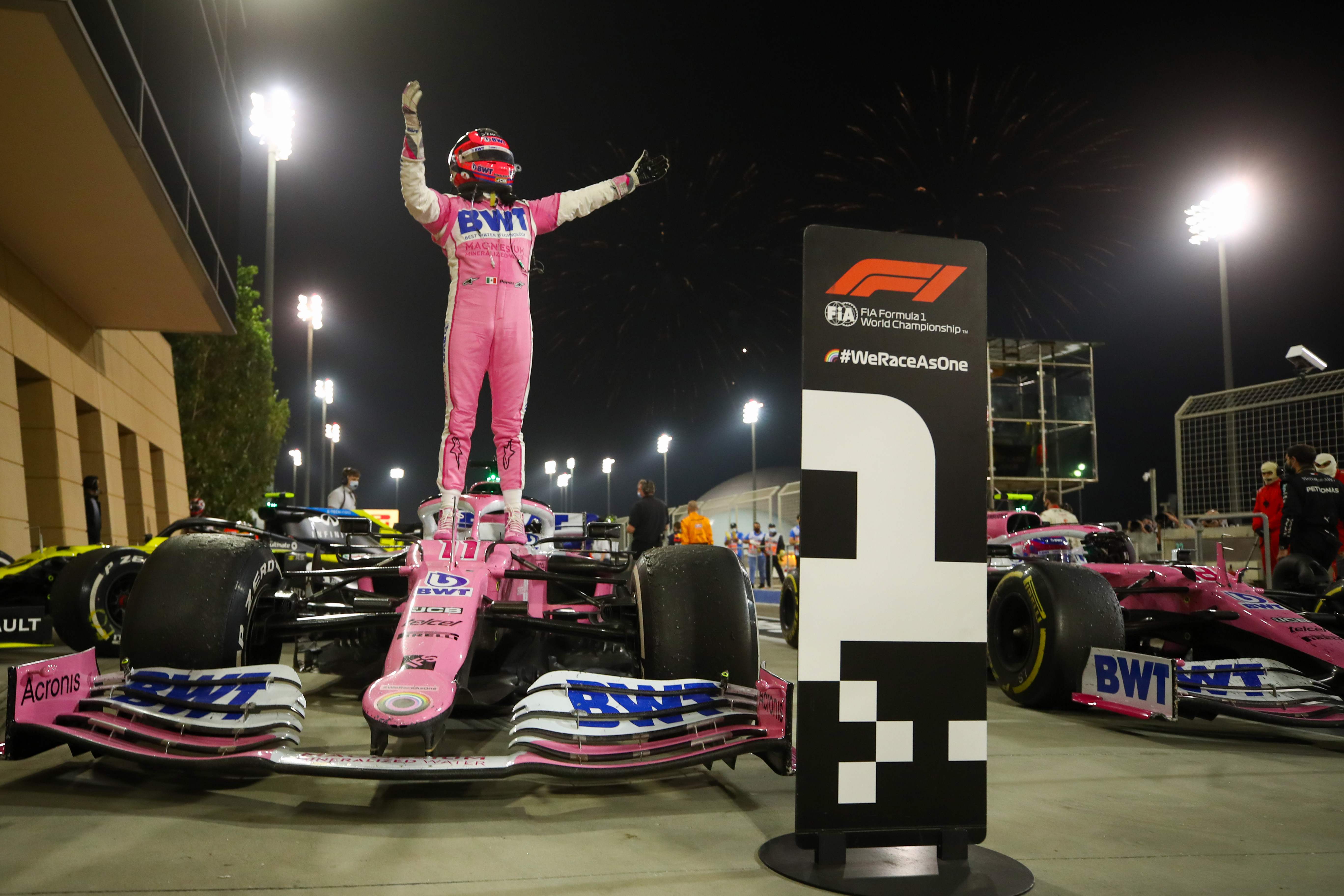 Sergio Perez faces an uncertain future in F1 but for now is on top of the worldCredit: AFP 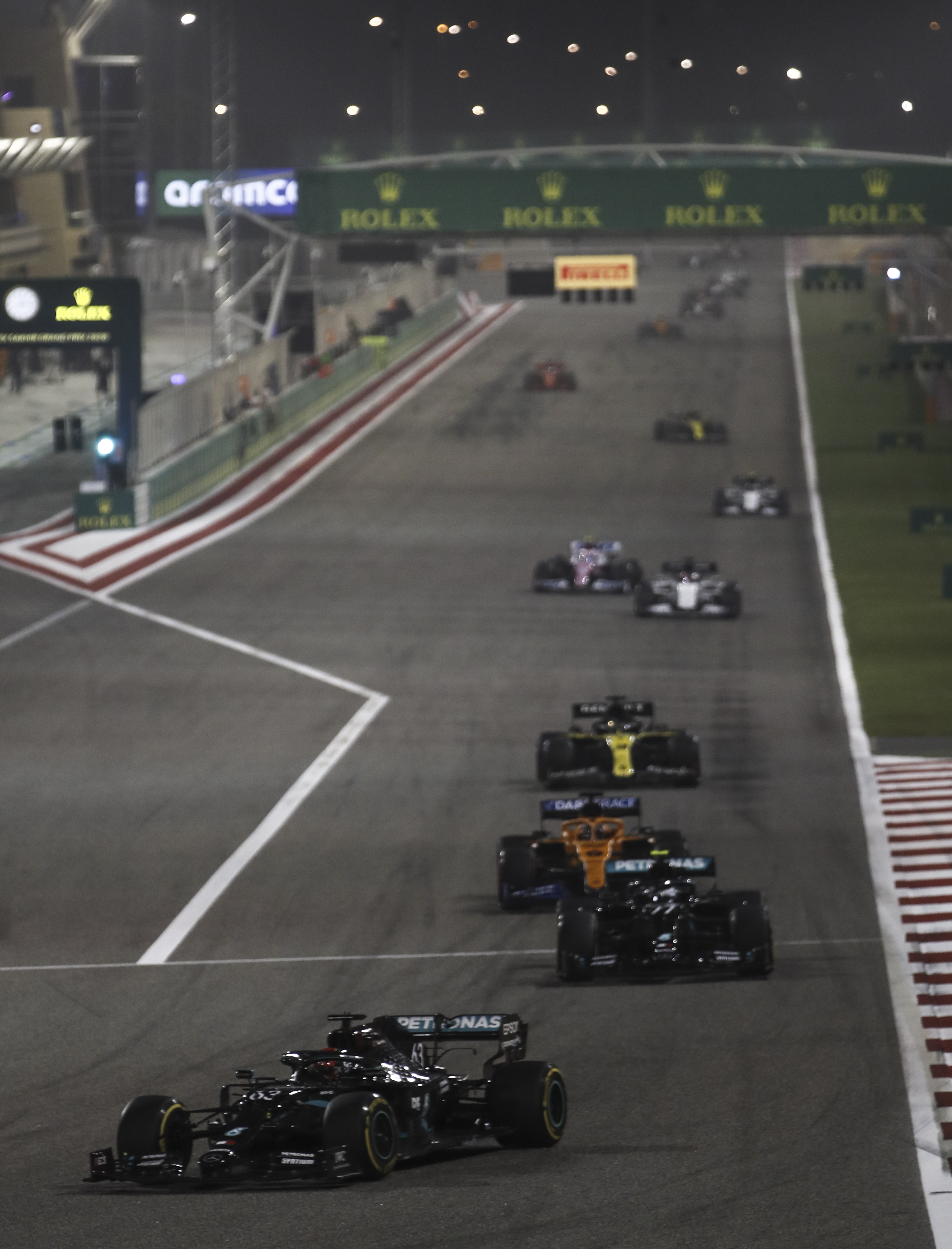 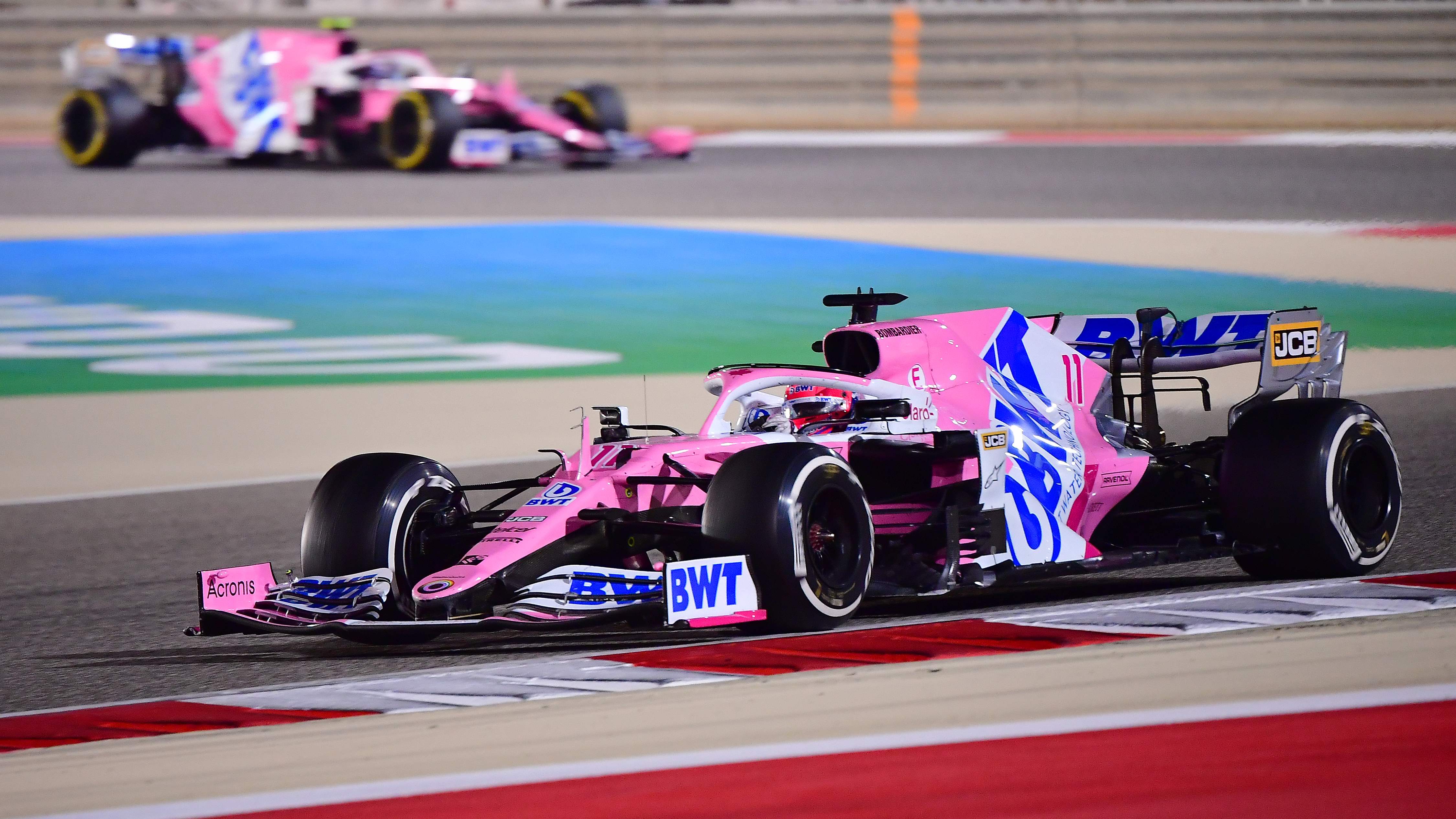 Racing Point’s Mexican driver Sergio Perez ploughed through the field for an incredible victory, having been hit on the first lap Credit: AFP

Russell blasted into Turn One and squeezed past Bottas and into the lead. It was just the positive start he needed.

He was then given a helping hand as Charles Leclerc locked up and hit Perez, forcing Max Verstappen into the barriers.

The Red Bull man was out, as was Leclerc, who took full responsibility for causing the Turn Four accident.

Verstappen was furious and kicked the tyre barriers in frustration while Perez was dropped to last place at the end of lap one.

Out in front, Russell got his head down and started opening a gap over Bottas while Perez started cutting through the field and was up to ninth by lap 22.

By the time Russell made his first pit stop on lap 46, he was three seconds ahead of the Finn.
But then the first panic. As he exited the pits he shouted over the radio “no power!” only to be told “HPP default 35” as he changed his engine settings.

Whatever the technical process was, it did the trick as he responded by setting the fastest lap.

And when Bottas did make his stop on lap 50, by the time he got back on track Russell had an 8.5 second lead with Perez in second place. 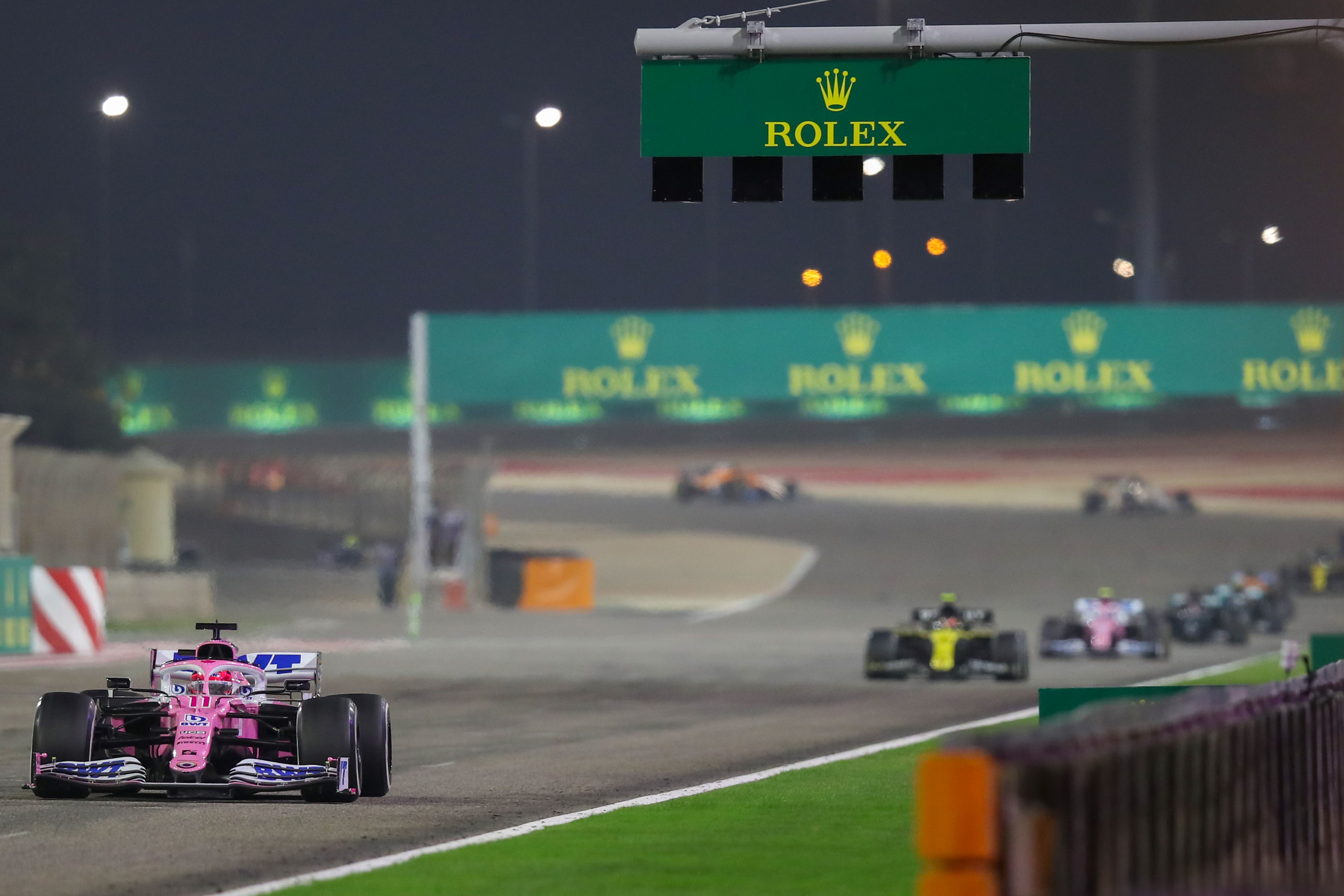 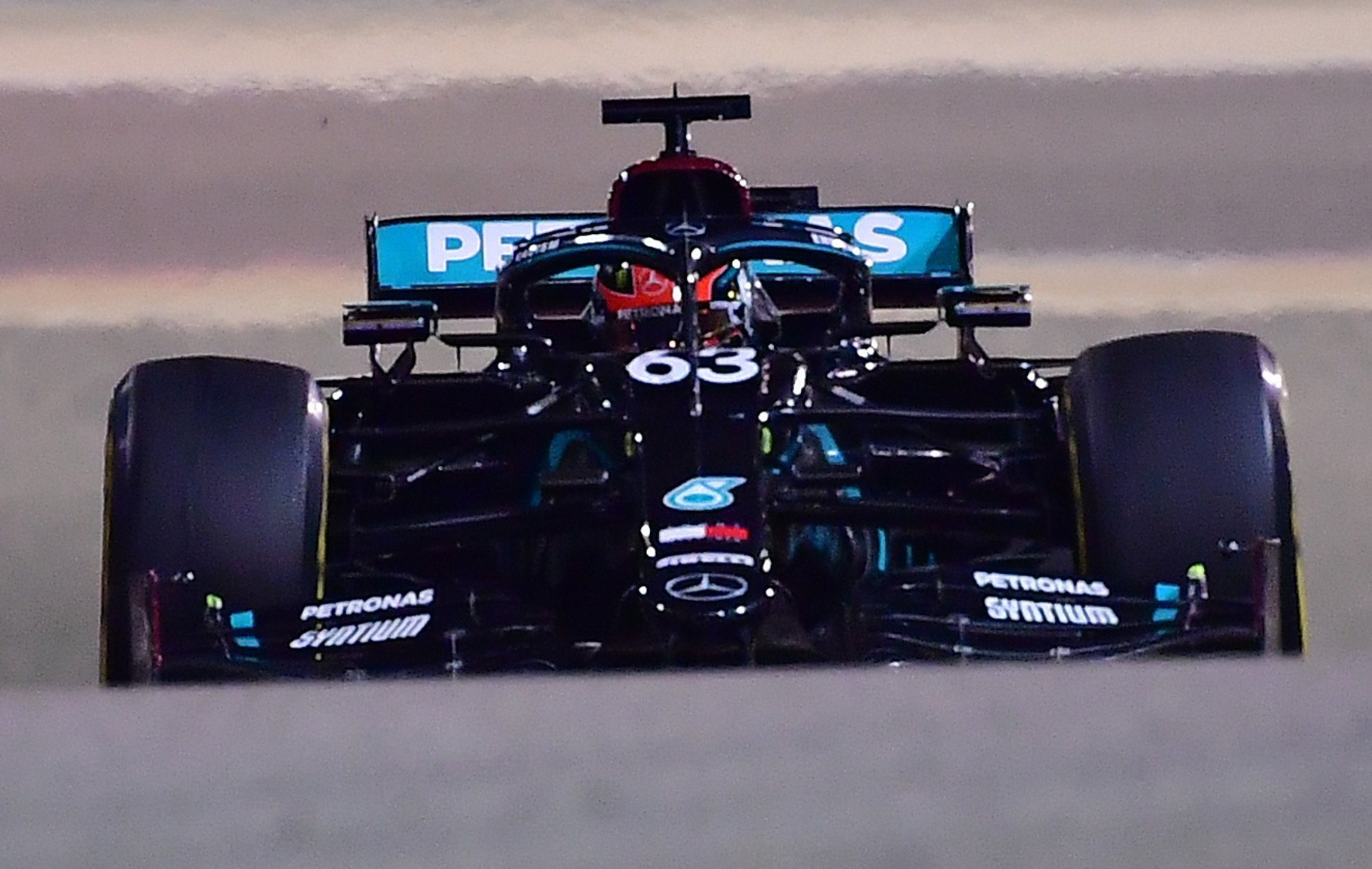 George Russell showed he has a huge future in F1 despite ultimate disappointment in the Sakhir GP in BahrainCredit: Reuters 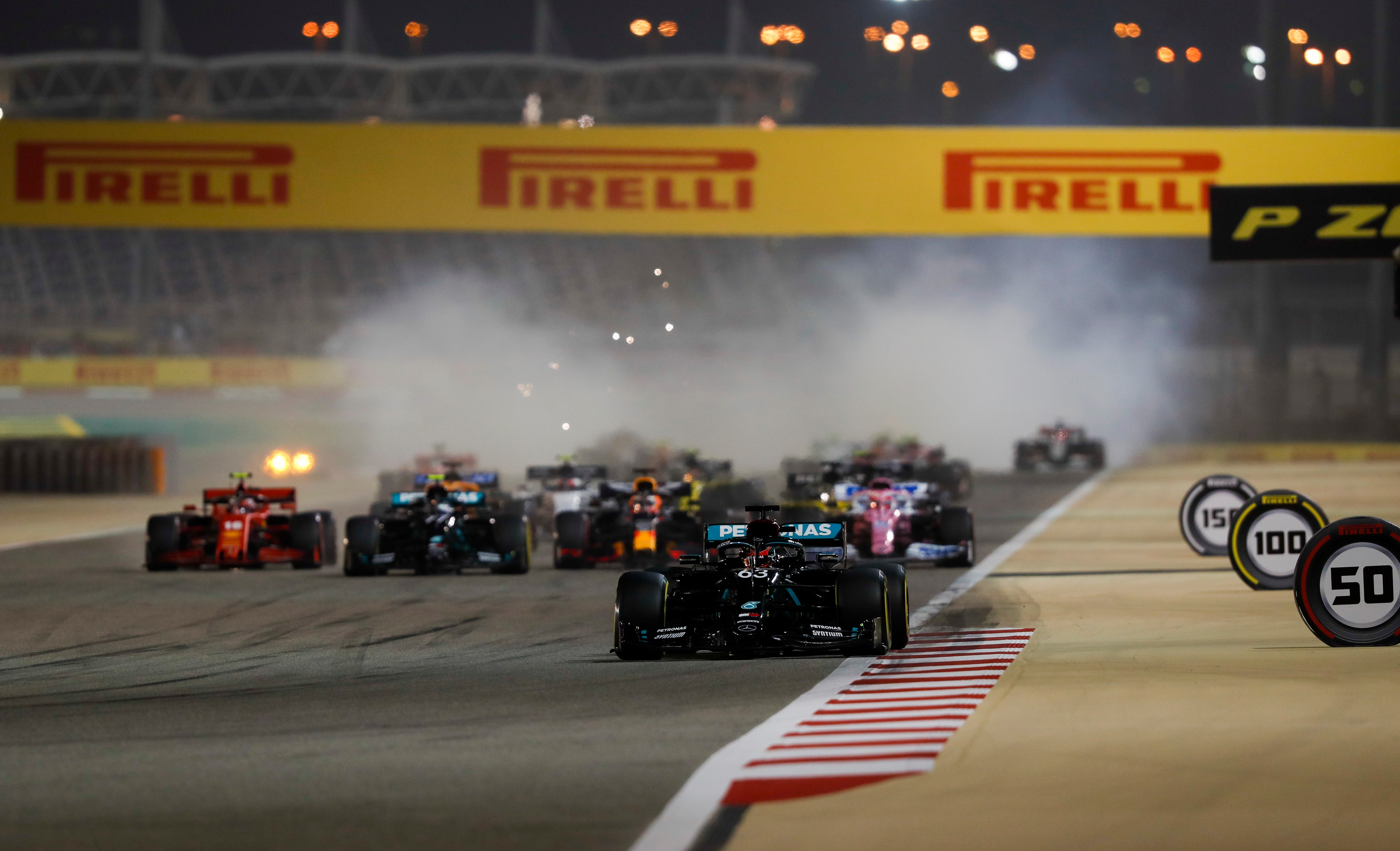 It was all going so well until, somewhat ironically, the man who replaced him at Williams, Jack Aitken, crashed into the barriers.

The Williams driver clunked the barriers, sending his front wing onto the track, forcing the deployment of the virtual safety car.

Mercedes decided to call both drivers in for another set of fresh tyres – but the gamble backfired stupendously.

Merc muddled up the tyres and fitted a mixed set onto his car, while Bottas also had a slow stop.

Upon realising their mistake, Merc called in Russell for a pitstop to correct their mistake – a double blow as they never needed to make the stop in the first place.

It dropped Russell to fifth behind Bottas but after the restart, he passed his teammate.

He then squeezed past Stroll on lap 72 and then Ocon a lap later as he made it up to second.

It was heart-in-the-mouth stuff, but then he was given the final blow – a puncture on his rear left tyre.

Devastating. He pulled in for another stop, dropping him to 15th with just a handful of lap remaining.

But still he valiantly battled back to finish in ninth place – earning his first points in F1 –  scant consolation for what should have been his win.

Yet there was not anyone who would deny emotional Perez this win, especially after last week when he was robbed of a podium due to a final lap engine failure.