FORMULA ONE was the first international sport to come back after the coronavirus pandemic and in order to get approval from the respective governments of the countries it went to, it needed to have a strict Covid Code of Conduct.

Lewis Hamilton is the third driver this season to test positive for coronavirus after Sergio Perez and Lance Stroll. 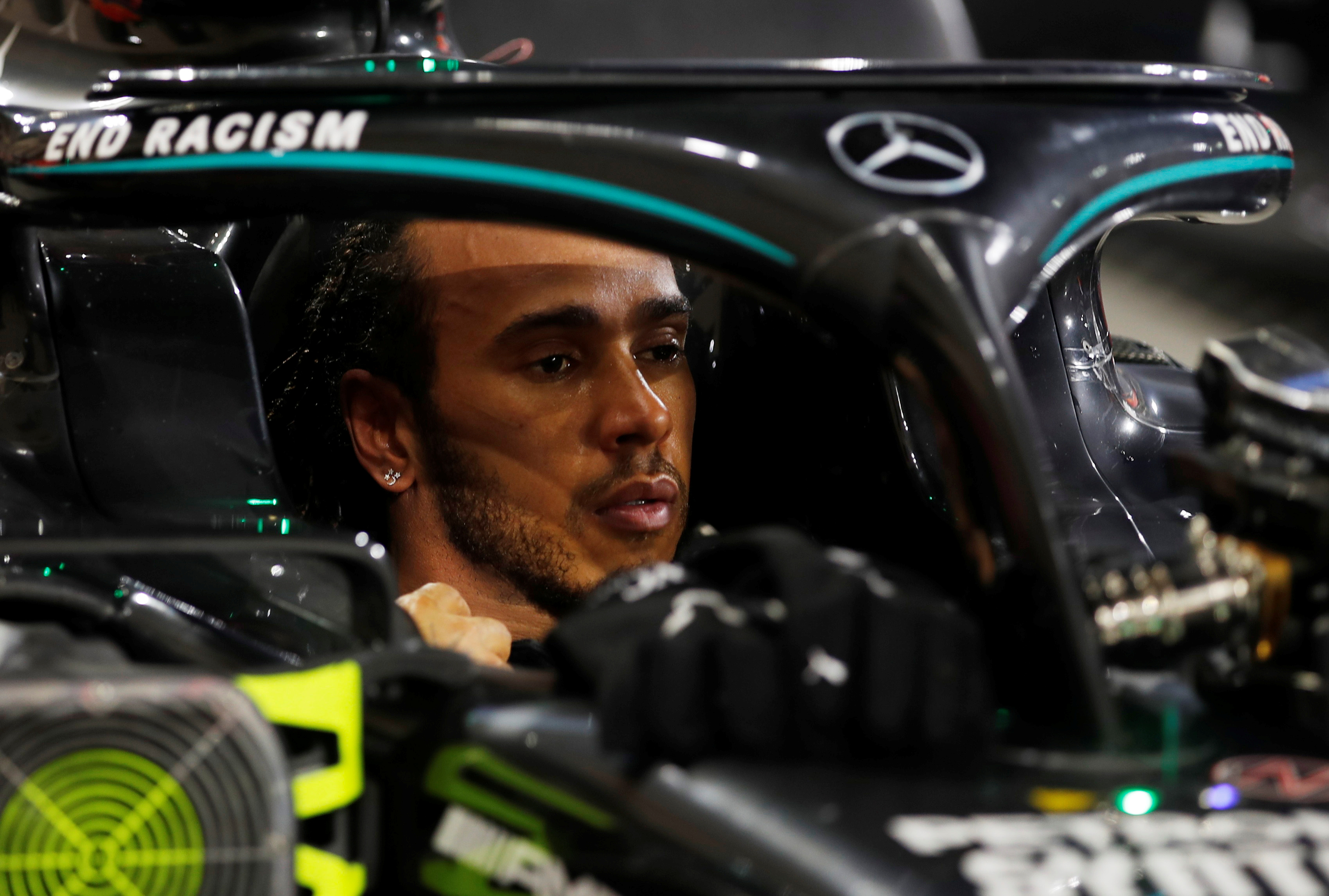 Lewis Hamilton will not be getting behind the wheel in Bahrain because he has coronavirusCredit: Reuters

What is the F1 coronavirus protocol?

Each member of the team, drivers, media and FIA staff had to agree to the document that outlined the procedures of the testing process and the steps should someone test positive.

Anyone attending a GP with access to the paddock or surrounding buildings must take a pre-event Covid test before they travel to the country.

This is done in the form of an intrusive nasal and throat swab by licensed company, Eurofins, which I have done on a Monday, allowing me enough time to get the results before flying.

The results are also sent to the FIA and, should there be a positive test, that person and their team would be notified.

How did Lewis Hamilton find out he tested positive?

The regulation swab and test is what happened with Hamilton.

The world champion felt “mild symptoms” and it was the pre-event test that delivered a positive result.

It was the same for Perez, who tested positive ahead of the British GP and was forced to miss out.

This test is like a safety net and limits the people they come into contact with, lowering the risk of further infection.

Once the person is told they are positive, they are immediately ruled out from competing that weekend and are placed under the local medical guidelines of the country in which the test took place.

How long will Hamilton have to isolate?

So seven-time world champ Hamilton will be forced to isolate for 10 days before undergoing another test for Covid-19, as part of the Bahraini government’s procedures.

While he will be placed into isolation, so too will the members of his bubble – those who come into regular close contact with him, notably his performance coach, Angela Cullen, and advisor, Marc Hynes.

This is standard procedure where those in the bubble remain in isolation following the results of further testing. They can then return to work should they test negative.

Meanwhile, the whole of the Mercedes race team in Bahrain would be testested – like every person attending this weekend’s race.

So that includes the likes of Max Verstappen and Alex Albon, who were on the podium with him last Sunday.

Any person failing a test will be isolated in their hotel room or motorhome, with necessary replacements call up.

Every person is also required to undertake another Covid test upon the first 24 hours of their arrival in the paddock – this is normally done on Thursday morning.

Then there is a final test, usually done on Sunday morning or the following day, mainly for reassurance before travelling home, where as in this case, the next race.

Who will be Mercedes’ replacement driver at the Sakhir Grand Prix?

Either Stoffel Vandoorne or George Russell will replace the Stevenage ace behind the wheel.

Don’t forget Hamilton, 35, already has the F1 title wrapped up, with Mercedes winning the constructors’ title so there is no danger of them missing out on important points.