MALI have been forced to cancel their final training session ahead of Wednesday’s AFCON game against Tunisia after a gunfight broke out near their Cameroon base.

Two people are reported to have been killed in a gunfight between government forces and separatists in the African nation.

Gunshots rang out close to the Limbe Stadium – hosting Mali vs Tunisia on Wednesday – leading to the former cancelling their training sessionCredit: Reuters 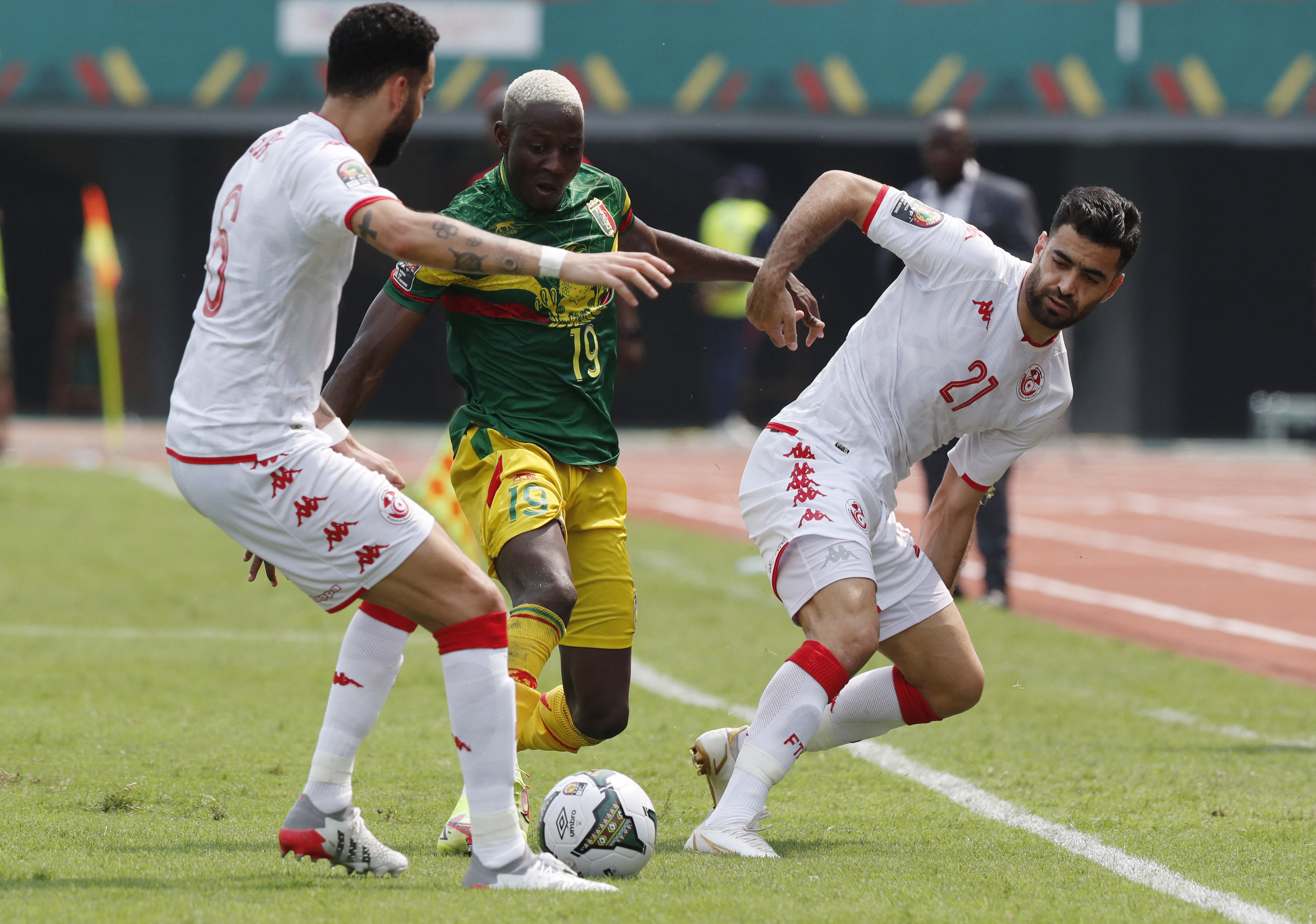 Mali took on Tunisia just 13 miles away from Buea, where the chaos was unfoldingCredit: Reuters

The western region of Cameroon has been locked in conflict involving mostly English-speaking locals and the government of the largely French-speaking nation for years.

And in a shocking video, armed fighters were seen storming the town of Buea, just 13 miles from Limbe – one of the host cities for this year’s AFCON.

At one point in the clip, gunfire is clearly audible, sparking panic.

Mali swiftly suspended their training session, according to local reports.

Brighton ace Yves Bissouma and Southampton‘s Moussa Djenepo are both part of the nation’s squad.

Manchester United whiz Hannibal Mejbri and Arsenal youngster Omar Rekik are in the Tunisia group taking on Mali in Limbe.

On Wednesday afternoon, the Cameroon News Agency confirmed: “The Malian team has suspended training and left the Molyko stadium.”

“Two civilians (men) have been found dead at the Buea Central market following exchanges of gunshots between Ambazonia and government force.”

Human rights worker Blaise Chamango told Sportsmail: “There were gun shots this morning around the town.

“We also got information there was an improvised explosive device at the market.

“The [separatist] groups and security forces were fighting in the area.

“The non state groups want to create the impression that nothing should take place in the south west region [of Cameroon during the Afcon].”

Worryingly, a representative of the Cameroon Peace and Justice Group – Rebecca Tinsley – feared this was ‘just the beginning’ of the violence.

Tinsley said: “It is a sign of what is to come, this is just the beginning.

“This is the moment the world is looking at Cameroon, we are very concerned.

“It has got to lead to the Government of Cameroon to offer a ceasefire and a roadmap towards peace negotiations.

“If only they would do that the tournament could carry on in peace.”

Over one million people have been forced to flee to ‘anglophone’ region of Cameroon, with 3,000 reported dead since the chaos began.

Peaceful protests started in 2016, but quickly turned violent a year later following a heavy-handed response from the government.

Human rights groups claim roughly 80 explosive devices have been detonated in the region in the last year alone.

And it was recently revealed the tournament mascot – Mola the lion – was forced to wear a bulletproof vest while promoting the tournament in the western region.

The 20,000-seat Limbe Stadium is due to host eight matches, including six group-stage games and two last 16 ties.