Foxes defender Jannik Vestergaard was penalised for handball but was being pulled to the floor by Seagulls striker Neal Maupay.

Jannik Vestergaard was judged to have handled the ball in the boxCredit: Rex 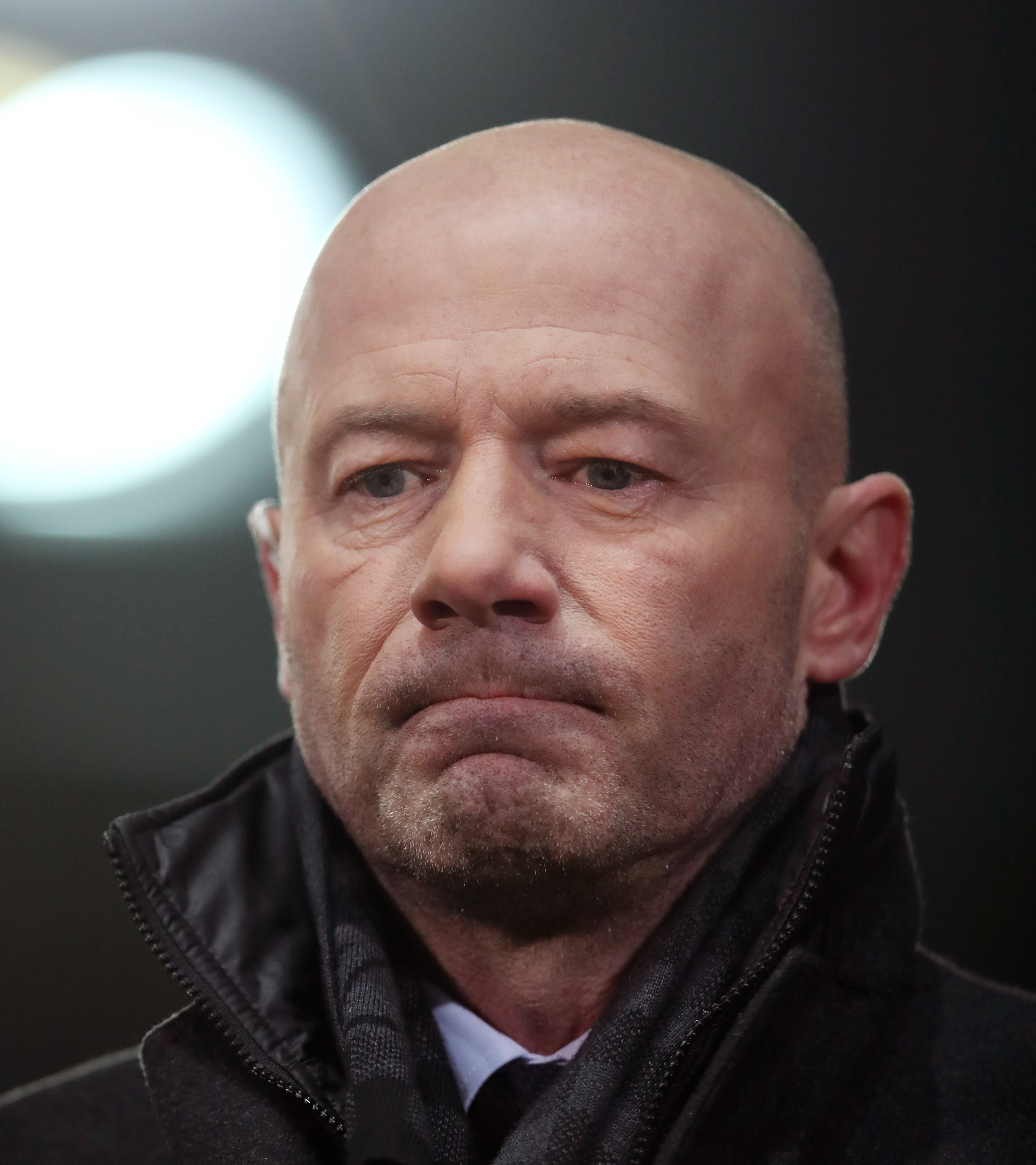 But Alan Shearer believes it was a poor decision by the officialsCredit: Getty

Aston Villa icon Dublin was perplexed as to how the officials didn’t spot Maupay impeding Vestergaard before the handball.

Watching a replay of the incident on Match of the Day, Dublin asked: “And they don’t see it in the VAR booth – I don’t get it!”

Maupay converted the penalty and Brighton went on to secure a 2-1 win at the Amex on Sunday afternoon – their fourth Prem win of the season.

A Danny Welbeck header doubled the hosts’ lead before Jamie Vardy halved the deficit and Leicester had two goals disallowed by VAR for offside.

The result leaves Brighton fourth in the table, with the Foxes languishing down in 12th after back-to-back Prem defeats.

Newcastle legend Shearer was in agreement with Dublin, adding: “That should not be allowed to happen.

“That is a clear foul. They obviously missed that, I don’t think they’ve looked at that.

“They’ve just looked at the handball and they haven’t looked at Maupay obviously pulling him.”

Speaking after the match, Leicester boss Brendan Rodgers expressed his frustration with the three VAR decisions that went against his team.

He said: “We just never had the luck on our side with those decisions and I think ultimately that cost us.

“Probably like everyone, I think the first one was never a penalty and I was disappointed with the process in terms of how that was given but I think it was clear that it wasn’t a penalty.

“Jannik has been fouled, he’s been pulled down and of course his arm is up because he’s been fouled and then the ball heads onto his hand without even looking at it.”