ALEX IWOBI was given his marching orders just five minutes after coming on as a sub in Nigeria’s Africa Cup of Nations defeat by Tunisia.

The Everton star saw red after a shocking tackle left Tunisian goalscorer Youssef Msakni writhing in pain on the deck.

Just minutes after coming on Everton’s Alex Iwobi is sent off after the referee upgrades his yellow card to a red one following a VAR Review! 😮 pic.twitter.com/bEpQpU6SMJ 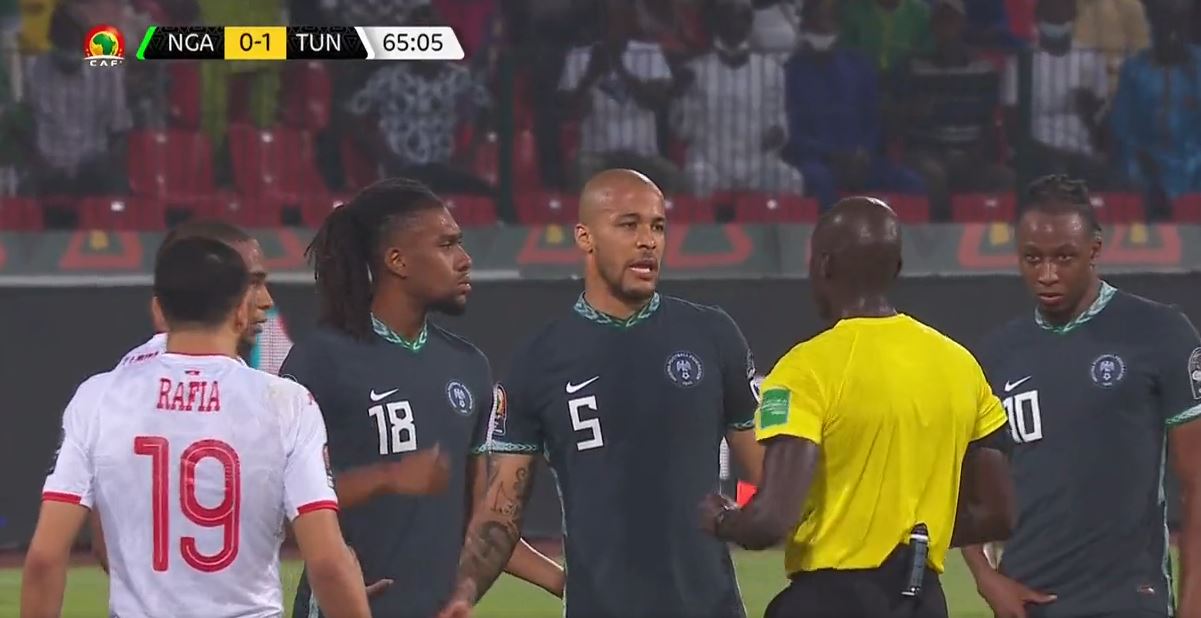 Iwobi had been introduced on the hour mark as the Super Eagles went in search of an equaliser after Msakni’s opener just after half-time.

And the 25-year-old appeared to take a heavy touch after receiving a pass from Leicester man Wilfred Ndidi.

Iwobi then stepped across his opponent to shield the ball, but made contact with Msakni’s shin in the process.

It was no doubt a nasty challenge but at first glance there appeared little malice and referee Maguette N’Diaye initially dished out a yellow.

But VAR replays suggested the incident may have been worthy of a dismissal – and N’Diaye agreed after going to the monitor.

Iwobi was open-mouthed as the ref produced a red card from his pocket to leave Nigeria with 10 men.

Msakni’s goal proved enough to seal victory for Tunisia and send them through to the Afcon quarter-finals.

Nigeria had been one of the pre-tournament favourites and made light work of their group to reach the last-16.

But Augustine Eguavoen’s men struggled to break down Tunisia – nicknamed the Eagles of Carthage – at Roumde Adjia Stadium.

Ex-Rangers striker Umar Sadiq missed a golden chance to bag an equaliser with minutes remaining as Nigeria crashed out.