ALEX SCOTT has revealed the torment she went through after being racially abused and trolled online.

The former Arsenal and England star, 37, has carved out an incredibly successful career as a broadcaster, presenting events such as Euro 2020 and the Tokyo Olympic Games.

Scott has opened up about the impact racism and trolling has had on herCredit: PA

Scott has also taken over from Dan Walker as the host of Football Focus.

But her success has coincided with sickening racial abuse as trolls have singled her out on social media.

And Scott admits it has had a major impact, leading to her “briefly turning to drink” after the Olympics last year. 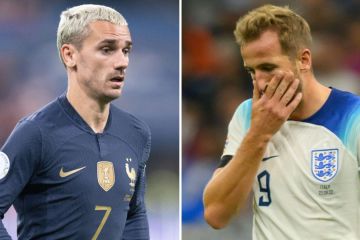 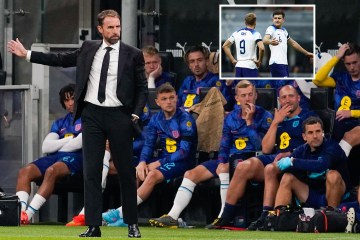 “I loved being out at the Olympics, but afterwards I realised the mad pressure that I’d put on myself to take everything – the trolling, the racism, Lord Digby Jones.”

The reference to Jones relates to a tweet he sent accusing her of negatively impacting BBC’s Olympic coverage with her East End accent.

He said: “Enough! I can’t stand it any more! Alex Scott spoils a good presentational job on the BBC Olympics Team with her very noticeable inability to pronounce her ‘g’s at the end of a word.

The criticism understandably effected Scott, who was forced to deal with death threats which were coming her way.

She continued: “That was at a level that I was scared for my life. I was scared to leave my house to even go to the shop.

“That’s the stage that we’d got to – that, oh my gosh, someone black might be replacing a national treasure could cause such hatred.”

Scott is preparing to release her memoir “How (Not) to Be Strong” in which she discusses the harrowing abuse she suffered as a child at the hands of her father.

“I felt helpless,” she said. “All I could do was lie there and pray my mum would be alive in the morning.”

Yet Scott, who has not spoken to her dad since he text her asking for Strictly Come Dancing tickets in 2019, admirably insists she did not write the book to punish him.

She said: “I didn’t write this book to shame my dad – actually, I’ve forgiven my dad.

“I take lessons from what’s happened to me. I wouldn’t be the person I am without all this.

“At football, you don’t show emotion. You’re tough; you get on with things. You don’t talk about stuff. You roll your socks up and do your best.”