MAURITANIA players stood in disbelief as they didn’t get to hear their national anthem following THREE failed attempts.

The Lions of Chinguetti are facing Gambia in their first group game of the Africa Cup of Nations and witnessed a disastrous start at the Limbe Stadium. 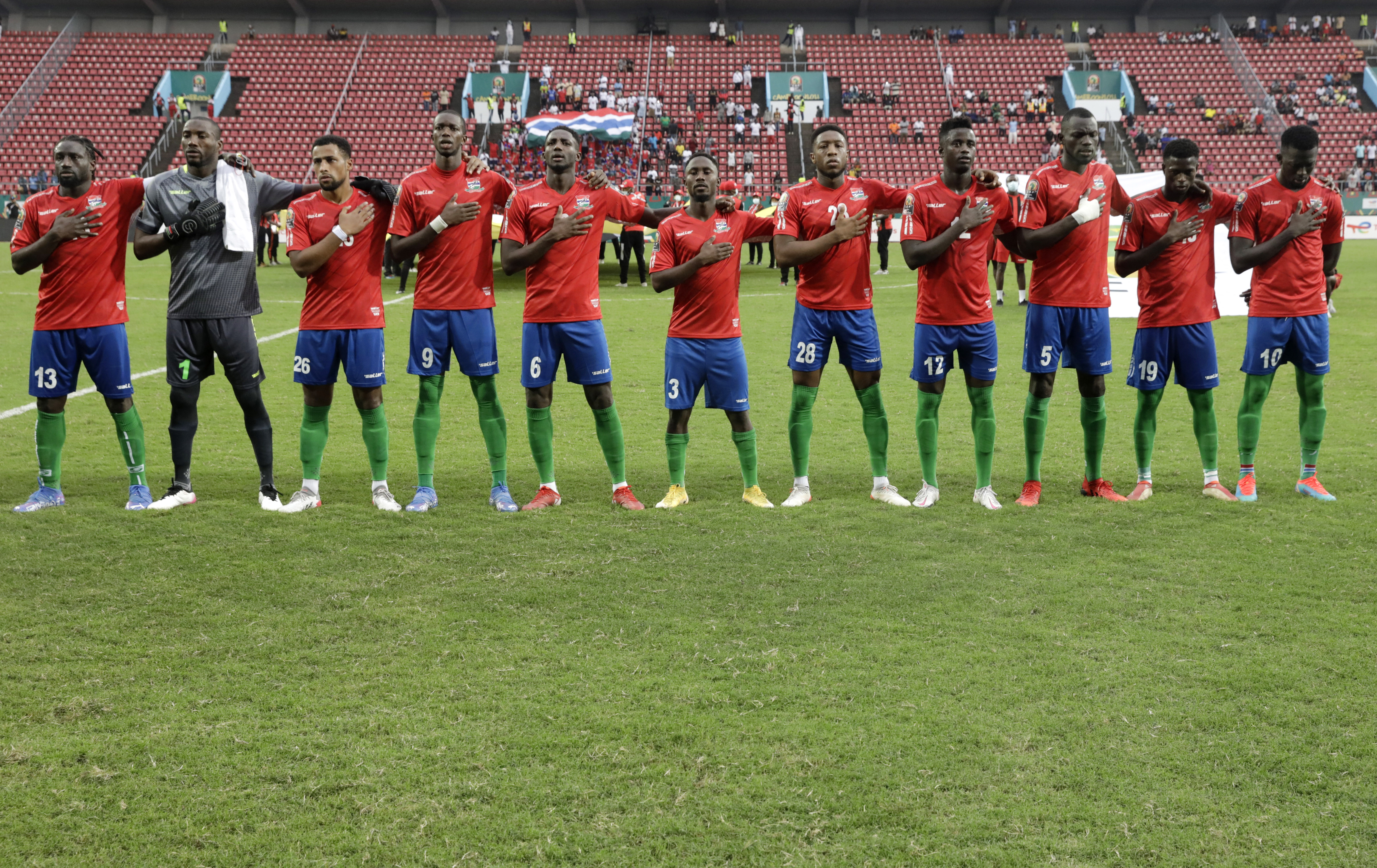 There was no issue with Gambia’s national anthem in what proved to be a difficult day for the Africa Cup of NationsCredit: Reuters

Didier Gomes Da Rosa’s side lined up before kick-off to hear the national anthems but stadium officials played the wrong one three times.

That left the Mauritania players with no other choice but to sing without music, whereas there was no problem with Gambia’s anthem.

This is the second major blunder of the competition and it happens on the exact same day.

This comes after some shocking refereeing during Mali’s controversial 1-0 victory over Tunisia.

Sikazwe first awarded a penalty early in the second half after Tunisian Ellyes Skhiri was deemed to have blocked Boubakar Kouyate’s shot with his arm.

The match official awarded another spot-kick with just 15 minutes on the clock after Wahbi Khazri’s shot smacked into Moussa Djenepo’s hand.

Sikazwe then blew for full time after just 85 minutes before enraged Tunisia officials pointed out his bizarre error.

The referee then sent off El Bilal Toure two minutes later for a slightly late challenge, which was barely worthy of a yellow card.

He was instructed by VAR to look at it again, but after a glance at the pitchside monitor he stuck by his decision.

And to make matters worse, he then called for the end of the game early AGAIN as he blew his whistle with 15 seconds of the 90 minutes still to go.