A NEW YEAR and the old Manchester United. One that is a title contender again.

For the first time since they last lifted the Premier League in 2013 there is a genuine belief they can do it. 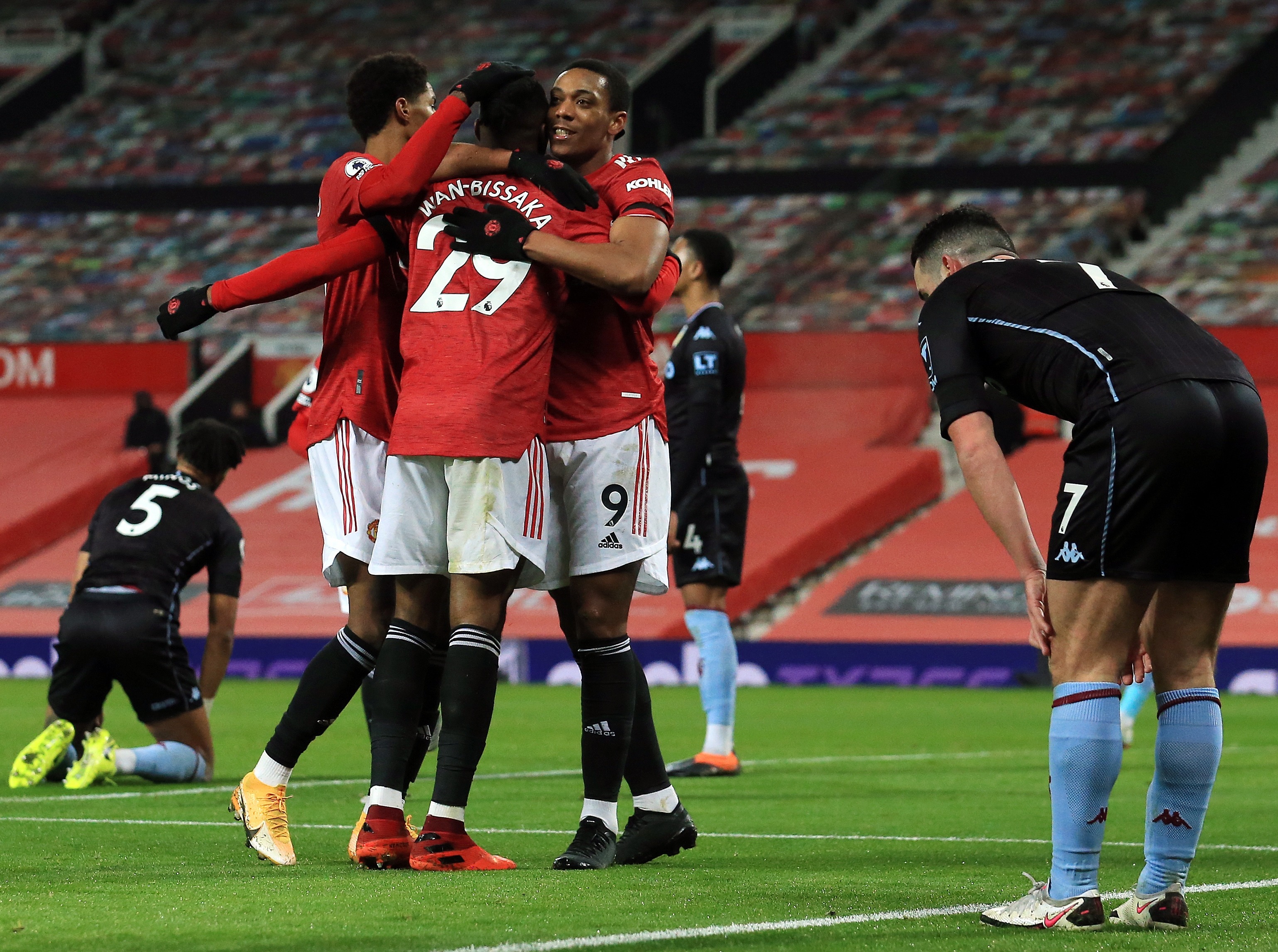 Man Utd saw off Aston Villa to join Liverpool at the top of the Premier LeagueCredit: Getty Images 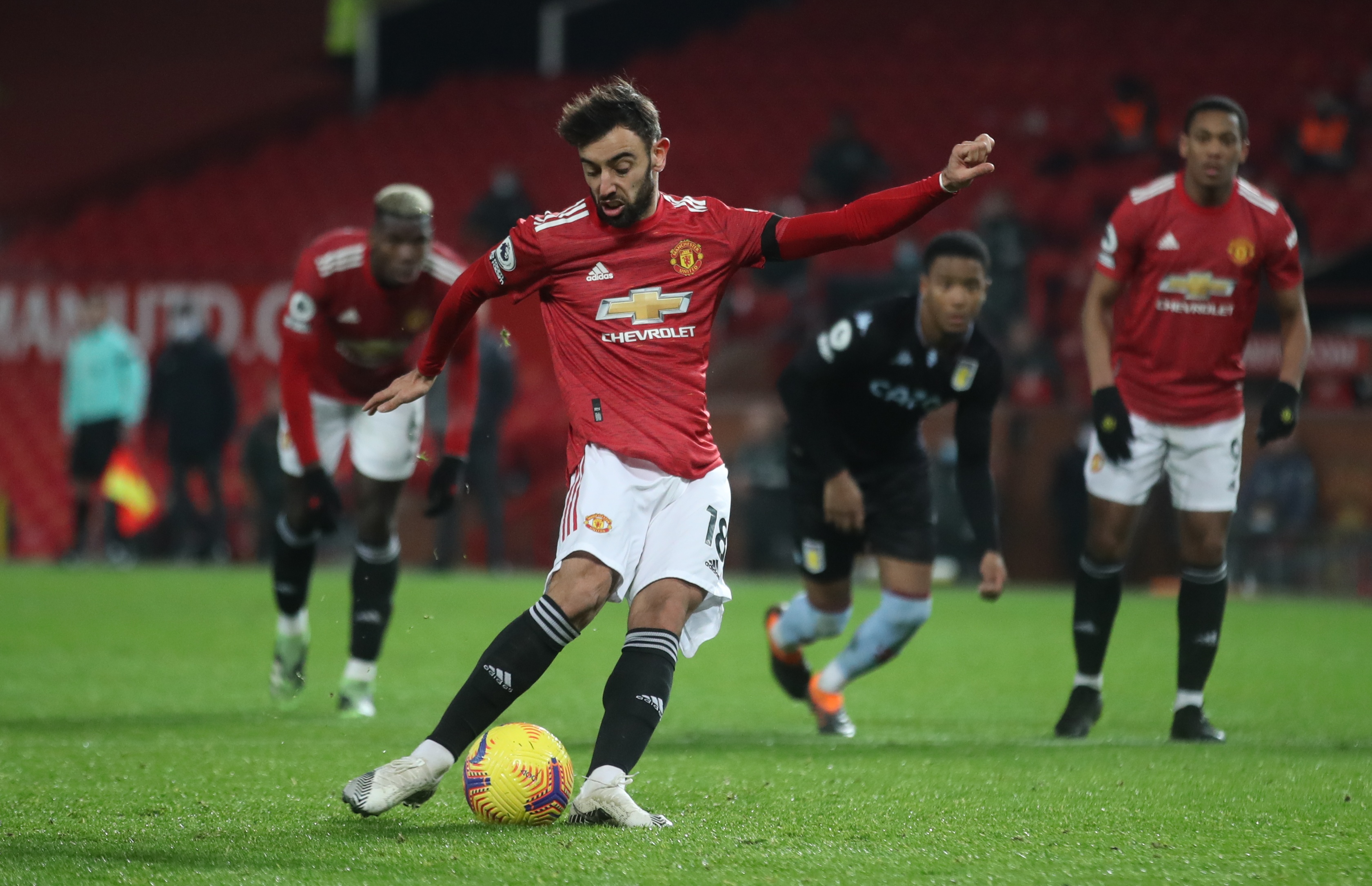 It has taken four managers, 36 players bought, and around £1billion spent to get to this point.

A place where they once again look like a side that can finish top.

It is a place they now share with champions Liverpool on points, they are second only on goal difference.

Anthony Martial’s 40th minute strike was levelled by Bertrand Traore in the 58th but just two minutes later the ever reliable Bruno Fernandes converted from the spot to earn the three points.

This was an eighth win from their last ten in the league, the other two draws.

They last lost on November 1st at home to Arsenal. That is the sort of consistency that makes champions.

It was another deserved win here against one of the inform teams in the Premier League who had gone through December unbeaten.

They are certainly a very different proposition from the last time the two teams met in July when United’s 3-0 win left Dean Smith’s team four points adrift of safety. 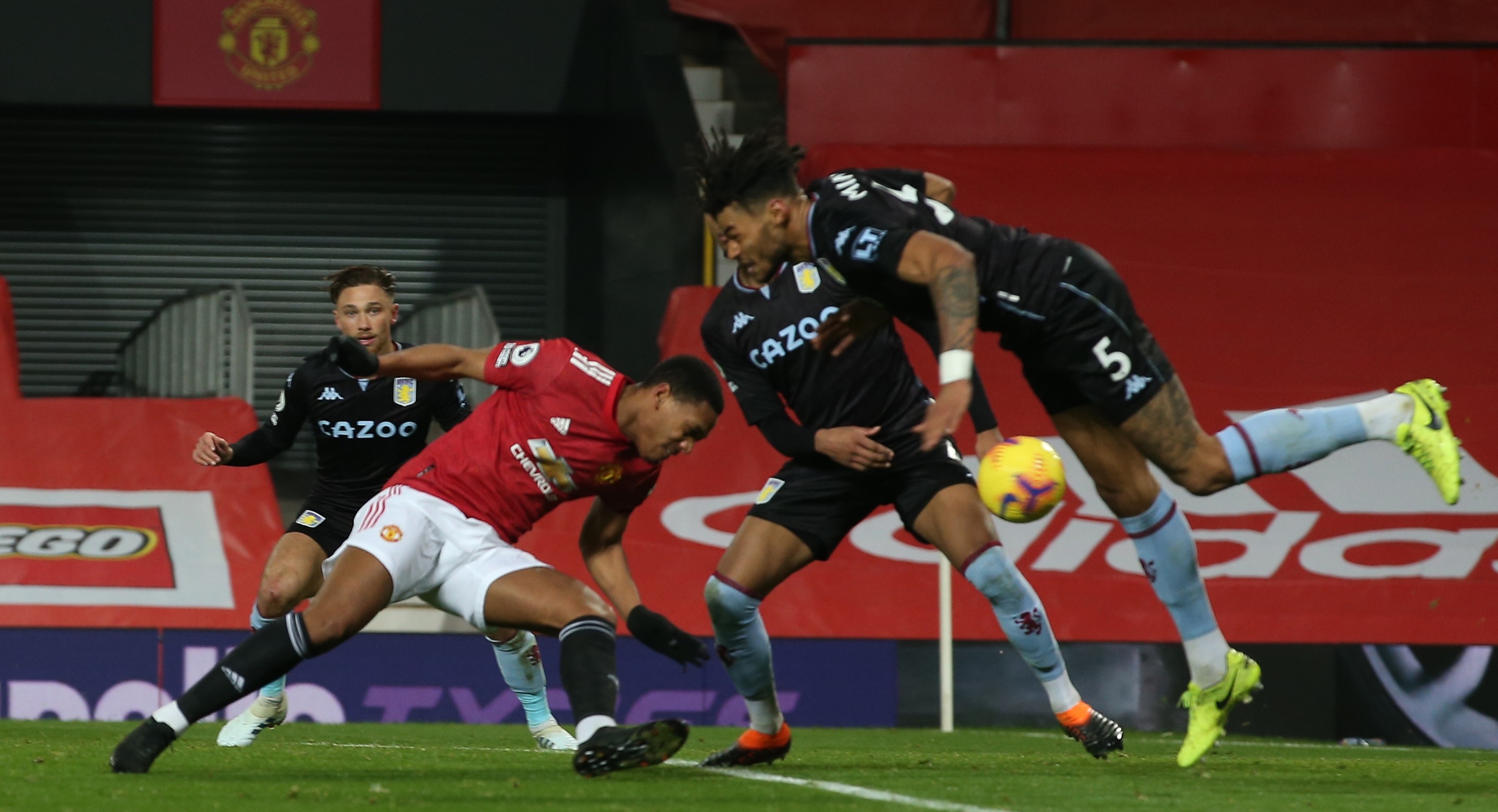 Anthony Martial headed the Red Devils into the lead in the first halfCredit: Getty Images 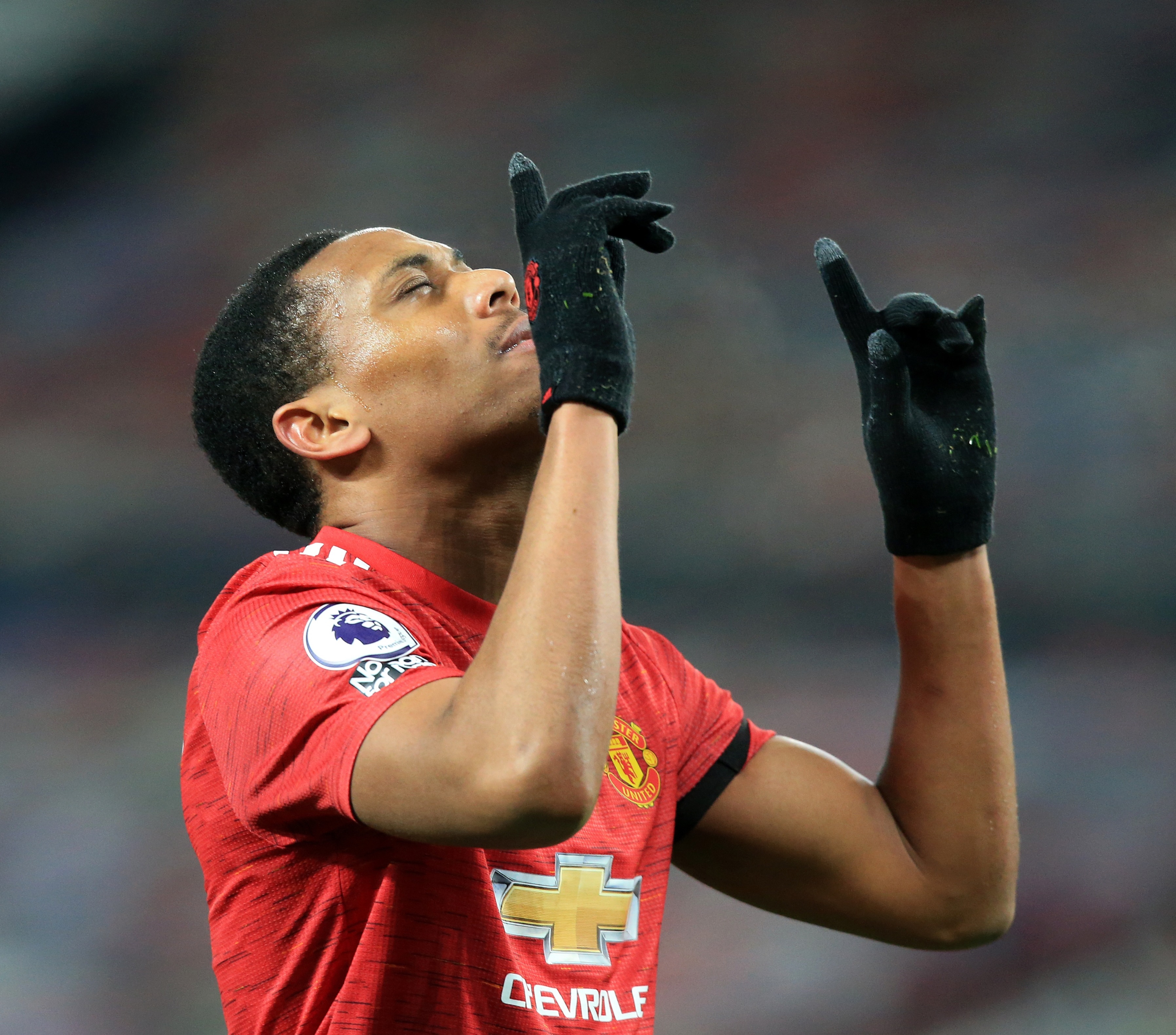 Solskjaer knew they had to be at their best and from the kick off they weren’t far off that.

Fred and Scott McTominay were back together in the engine room.

Fernandes pulled the strings further forward and Paul Pogba once again looked more like the player who starred to Juventus influencing things upfield on the left.

It was the recalled Martial providing the goal threat and he pulled a good save out of Emiliano Martinez in a bright opening.

United’s slow starts are now a thing of the past and after a great dummy by Pogba, Fred had a chance which he fired over.

When Pogba fired a deep searching ball from deep for Fernandes, Martinez had to sprint from his line and head clear.

Fernandes was there again with a shot over the angle before United made the breakthrough their football deserved and what a fine goal it was too. 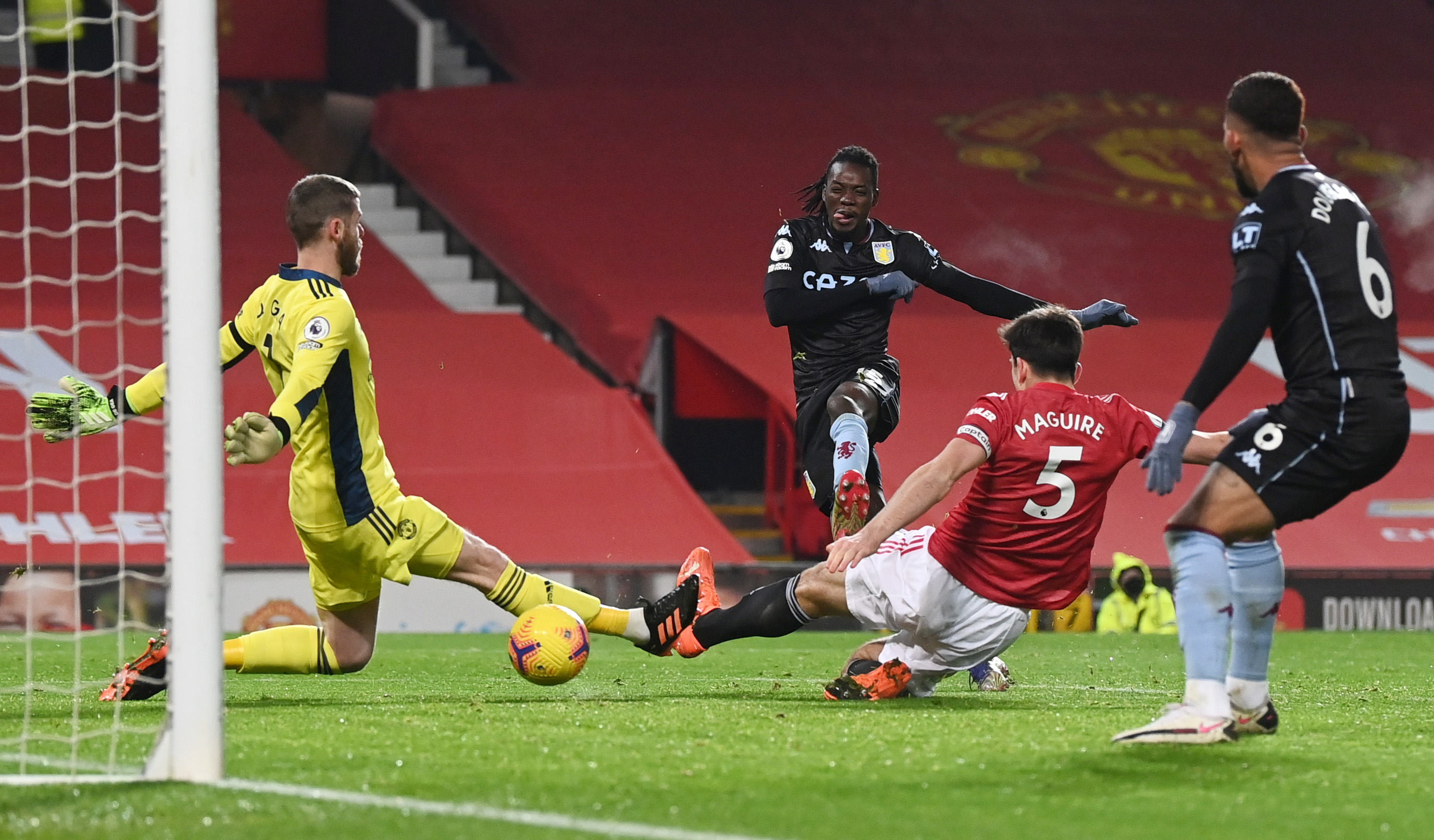 First Pogba brought a high ball down flicked it over John McGinn and headed it to Marcus Rashford.

Solskjaer has added much to Rashford’s game not least in the confidence department.

He is not afraid to try things and normally they come off as it did here with a first time flick that sent Aaron Wan-Bissaka away down the right.

He crossed into the six yard box, Tyrone Mings missed with an attempted diving header and Martial connected with a nod of his own past Martinez.

But the visitors came out after the break at full throttle.

When Grealish chipped to the far post Ollie Watkins was sure he had scored with a header until De Gea’s finger tips diverted the ball over the bar. 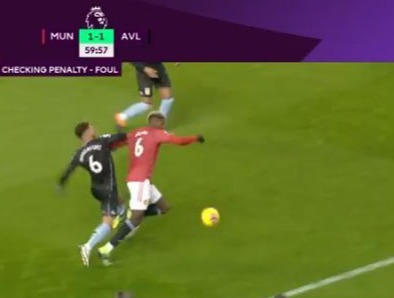 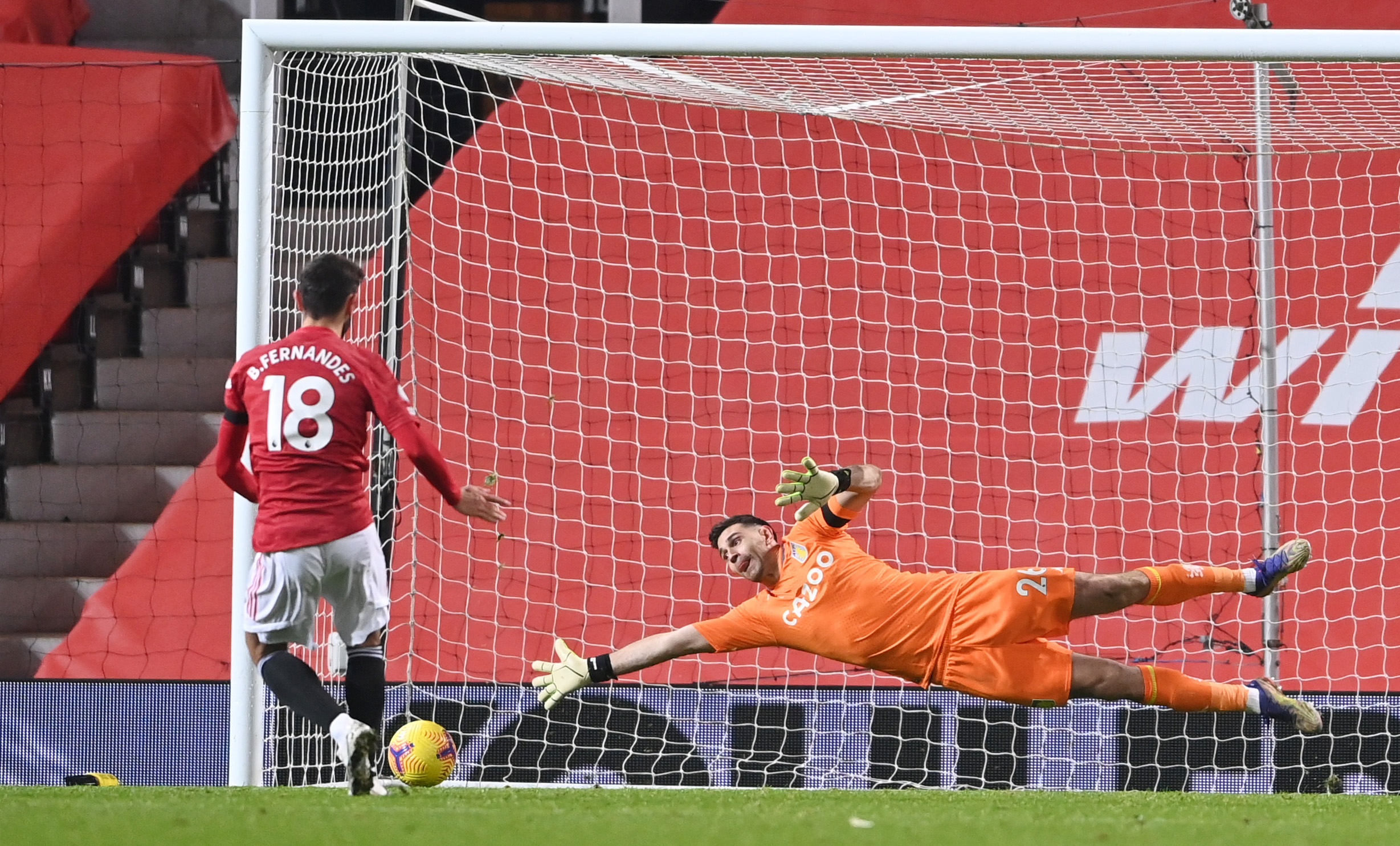 Then on 58 minutes they were level.

United and Wan-Bissaka in particular were asleep as they moaned about a free-kick award.

Grealish was left free on the left and McGinn was alert to him.

United were all over the place, Grealish found Traore at the far post and he beat an exposed De Gea.

The home sides response was immediate with Pogba driving into the box and being brought down by Douglas Luiz.

Fernandes did the rest from the spot for his 15th goal of the season and 11th in the Premier League.

No team has a better record in the league since Fernandes made his debut for United on February 1st – 65 points from 30 games to Liverpool’s 62.

He is the signing that has turned the tide for Solskjaer, a man who continues to fight off the doubters about his credentials as a United boss.

It was just over two years ago that he took over as caretaker.

Doubts as to the wisdom of that appointment have never been far away despite making great strides last season.

The club have kept faith, Solskjaer has been remarkably stoic in the face of constant question marks over his position.

At last Mauricio Pochettino’s soon to be announced appointment at PSG will finally end that speculation.

The imminent up coming dates with Manchester City in the EFL Cup semi-final and Liverpool in the league can offer further hope of a return to the days of glory.

They have to travel to Burnley first in the league but what a contest that promises to be now at Anfield.

They travel there without fear, with confidence soaring.