THOMAS TUCHEL leapt to Antonio Rudiger’s defence for his part in Chelsea and Leeds’ big bust-up.

The German had to be dragged away after steaming in to help team-mate Kai Havertz as tempers boiled over at the end of Saturday’s last-gasp 3-2 victory.

Antonio Rudiger had to be restrained as he stormed into the barging match with Leeds starsCredit: Getty 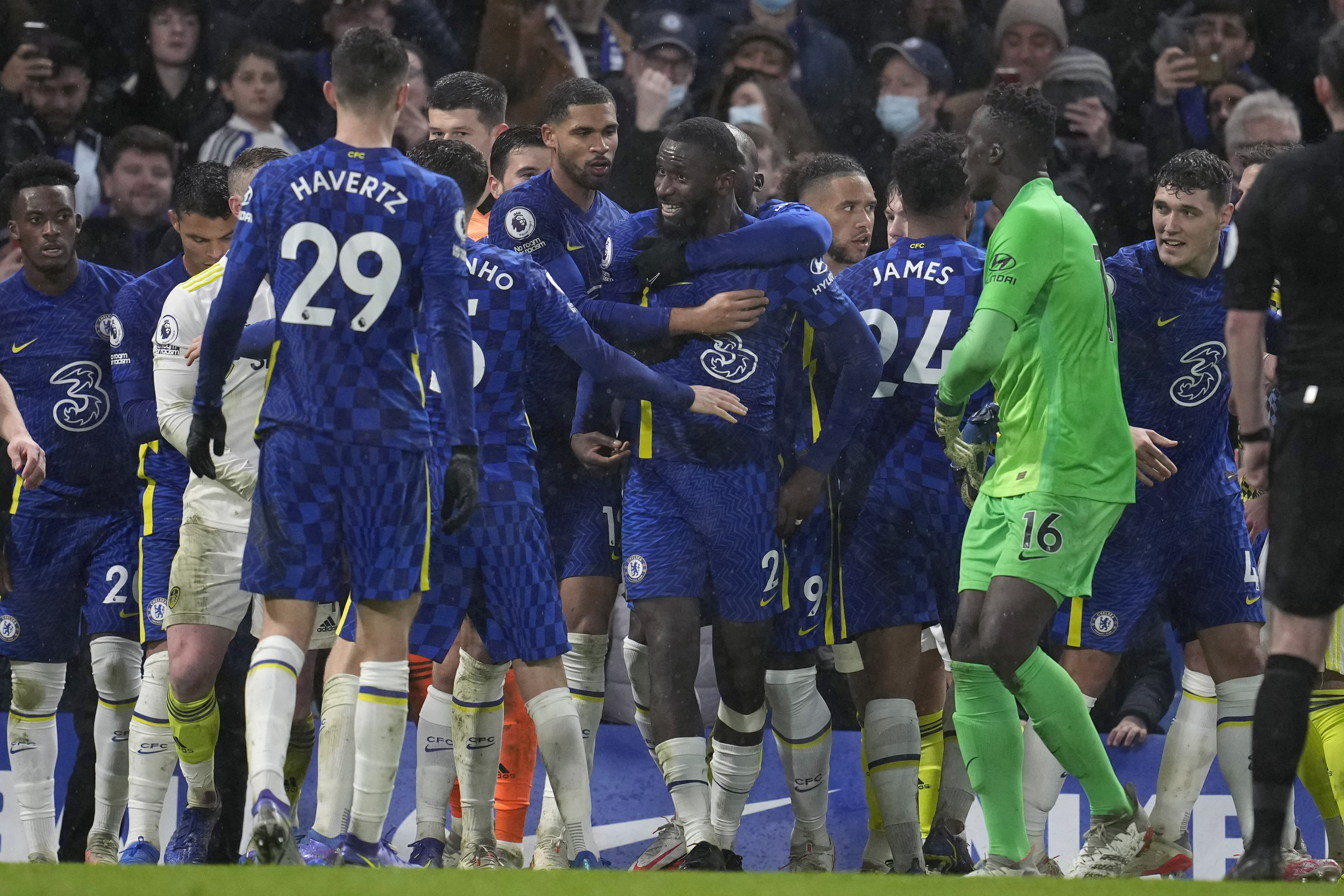 Antonio Rudiger was at the centre of a massive meleeCredit: AP

No players were booked but both clubs may find themselves in bother with the FA for failing to control their players.

Chelsea have already been fined £25,000 this season after they kicked off at Liverpool following Reece James’ red card.

Boss Tuchel believes the scenes were triggered by Rudiger winning an injury-time penalty for Chelsea.

He said: “Toni is an emotional leader and an aggressive leader on the pitch and he cannot not get involved if there are team-mates to protect or are in an argument. This is 100 per cent Rudiger.

“Hopefully, with how I observed it there was no harm done.

“I can understand their frustration because we have all been in this situation where you think have a point or you have equalised and then it slips away. You get angry and frustrated.

“Leeds are a strong team and they hate to lose like we do and they get heated up. I hope there were no bad things.”

Chelsea’s dramatic late victory ended a frustrating week in which they twice threw away leads.

Tuchel added: “I was confident we would get one more chance to turn things around.

“You always need a bit of luck to get such a late goal but maybe it was our turn.

“We needed this win desperately for the mood, for the belief, for the atmosphere and I am very happy how we got it.”

Leeds were unlucky not to come away with at least a point.

Boss Marco Bielsa said: “We deserved a draw, our performance merited it.

“The performance helped us think we can recover the version that allows us to compete with the best.

“Errors are part of the game, unless they are unjustified or impudent. I wouldn’t class either of those penalties as that.

“The incident at the end was within the margin of what is tolerable.” 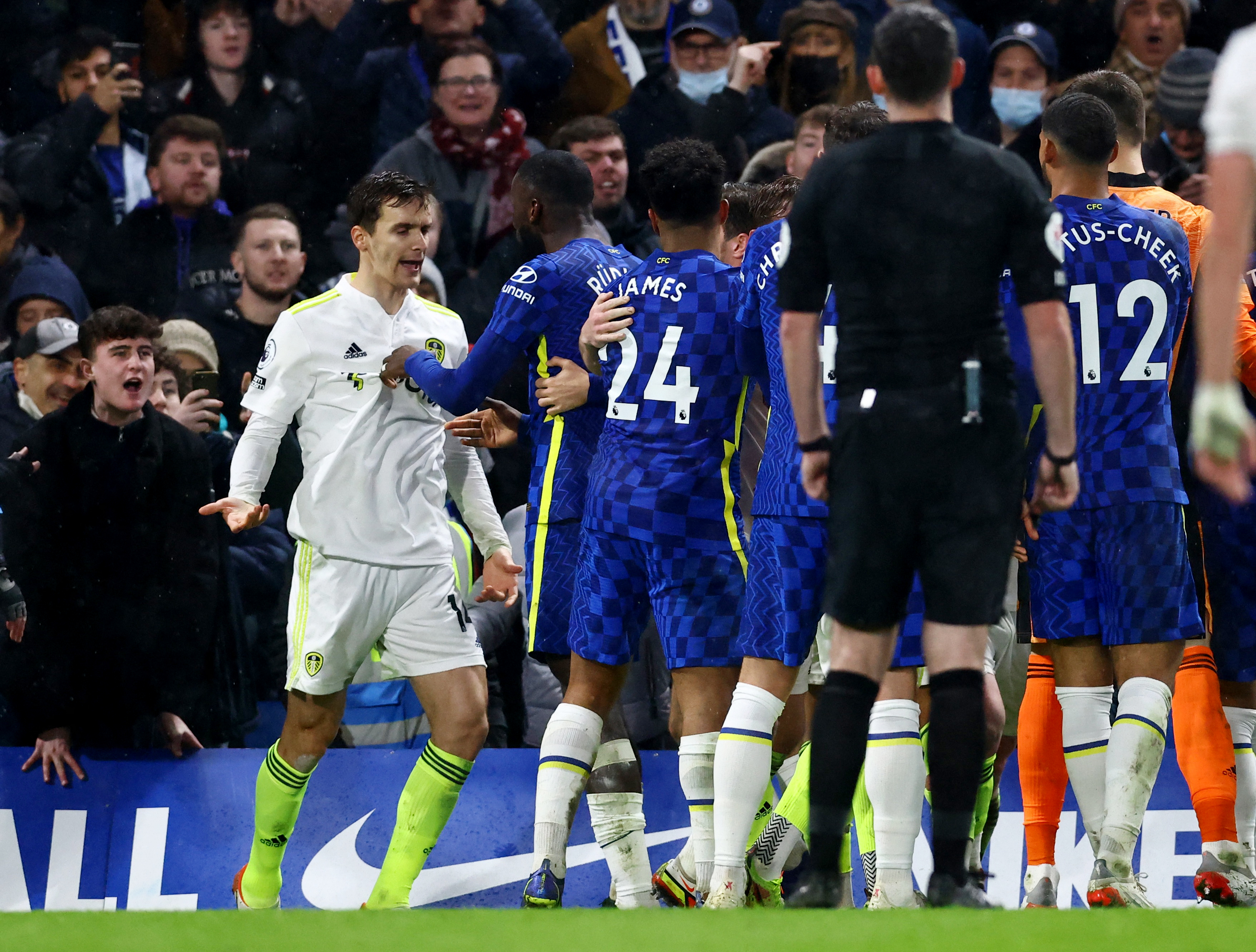 Players from Chelsea and Leeds clashed after their dramatic matchCredit: Reuters