MIKEL ARTETA has stated he expects Arsenal’s record signing Nicolas Pepe to go to the ‘next level’ following his impressive performances of late.

The 25-year-old has failed to live up to the hype surrounding him since he joined from Lille in 2019 for £72million, but he has shown glimpses of class in recent outings. 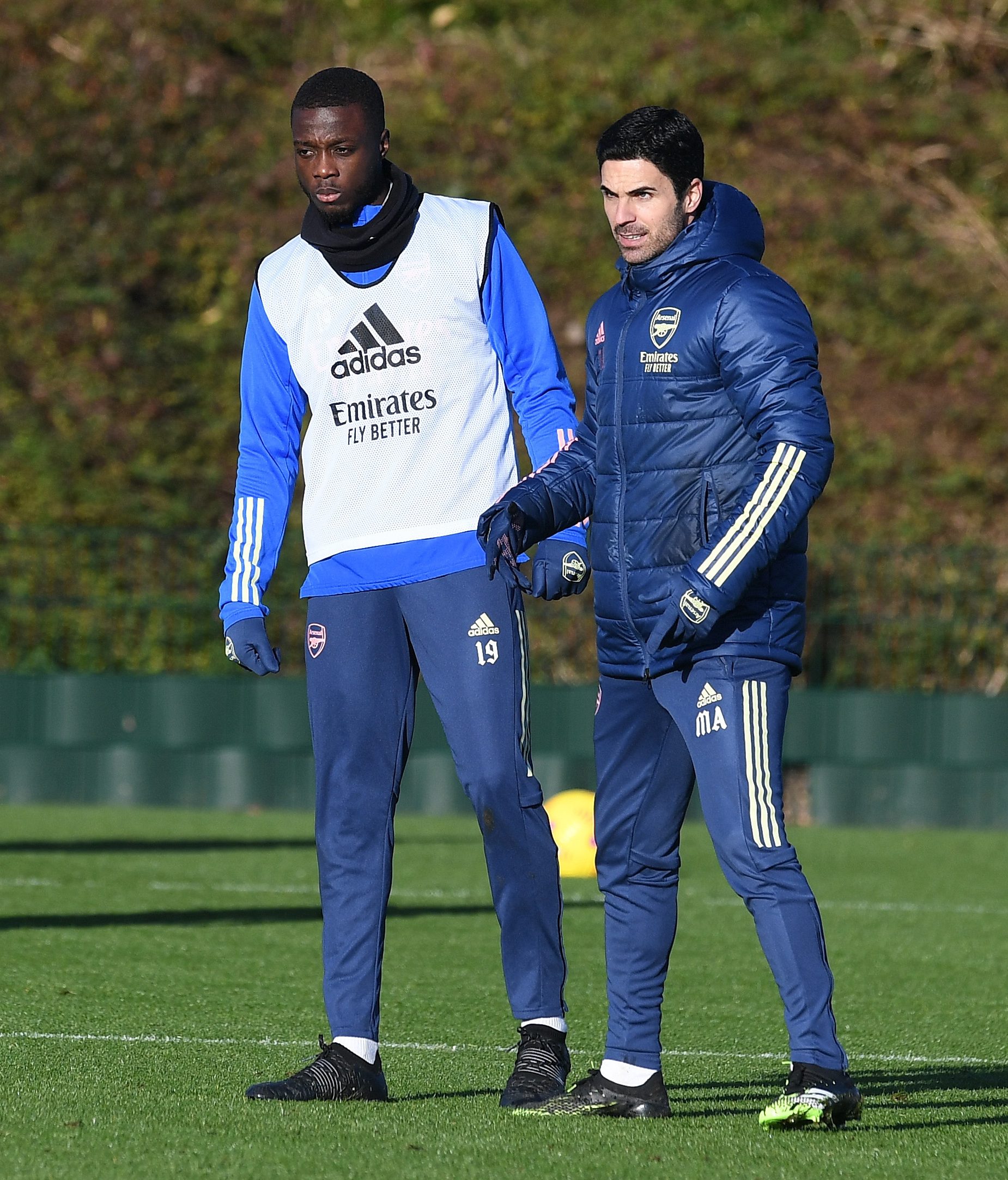 Pepe has started the last four Premier League games, where he has found the back of the net on two occasions.

In 27 matches in all competitions this term, Pepe has chipped in with seven goals and three assists.

He is just one strike shy of equalling his tally from last season, and Arteta has revealed he has seen a change in the Ivory Coast international.

Speaking ahead of Sunday’s clash against Leeds – the club Pepe was shown a straight red against in November – Arteta said: “I think he’s done much much better.

“I think there has been a click with him, even in his mentality, how he’s approaching every training session, the importance of every action in the game and how he can sustain his focus and his determination during games.

“I really like his attitude. What’s he’s done in the last few weeks I think it’s been much better.

“He still has a lot of room to improve and grow and he’s willing to do that so I’m expecting him to go to the next level very soon.”

But while Arteta has praised Pepe, his Ivory Coast international team-mate Wilfried Zaha has hit out at the winger’s snoring.

Commenting on his bedroom antics, he told the On the Judy podcast: “Oh my days. Nicolas Pepe. I asked to leave the room.

“I went and asked to leave the room because he sounded like a motorbike.

“These are the first times as well when I went [with Ivory Coast].

“They let me move and share rooms with Salomon Kalou. And he was like ‘Bro, I know.'”