Stadium staff had their hands full as two fans ran onto the pitch after the final whistle in the 3-0 win.

Takehiro Tomiyasu took a gentle approach to the pitch invader but one youngster was led off by securityCredit: Getty 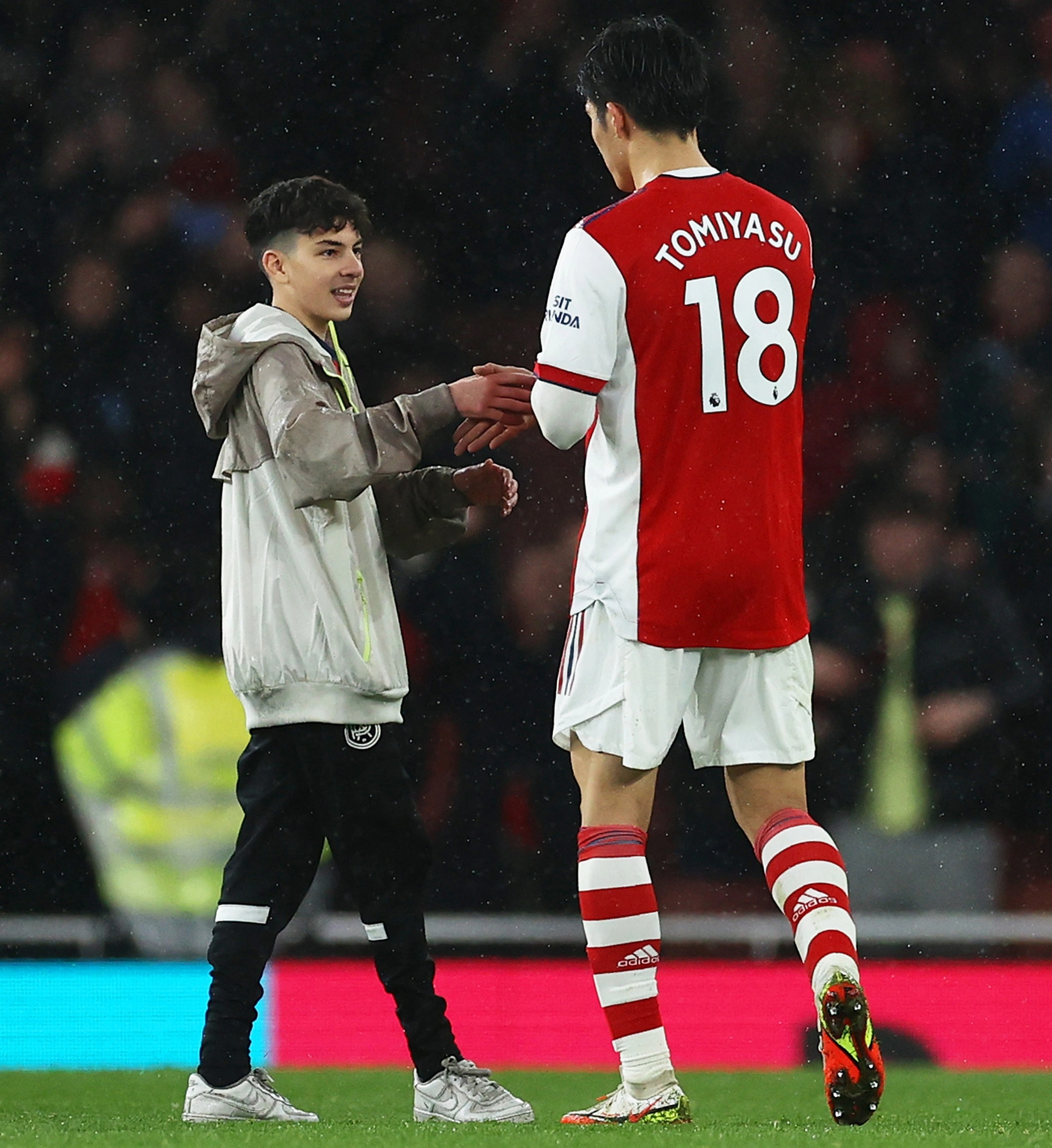 Arsenal’s Japan defender Takehiro Tomiyasu greeted the young fan on the Emirates pitch and handed over his shirtCredit: Getty

The lad sprinted onto the pitch unnoticed as security staff tried to contain another attempted  invader in another part of the stadium.

He approached the brilliant Tomiyasu who handed over his top.

But he had to be quick on his feet as advancing stewards tried to get him off.

However, his great escape was short lived.

The wet turf was his downfall and he slipped while trying to avoid two orange-jacketed men.

They were also unable to stop and tackled the intruder before escorting him off.

Arsenal‘s new defensive hero Tomiyasu and Co were in high spirits after leaping up to fifth with a dominant victory.

Skipper Pierre-Emerick Aubameyang was axed from the squad for what manager Mikel Arteta called ‘disciplinary reasons’.

The Frenchman shot home to round off a superb 16-pass move in the 21st minute.

And Gabriel headed in Gabriel Martinelli’s corner midway through the second period to underline Arsenal’s superiority.

In contrast, Southampton slipped to 16th and were forced to give a debut to 40-year-old Willy Caballero.

That’s because regular keeper Alex McCarthy was out with a thigh injury and deputy Fraser Forster was also sidelined.