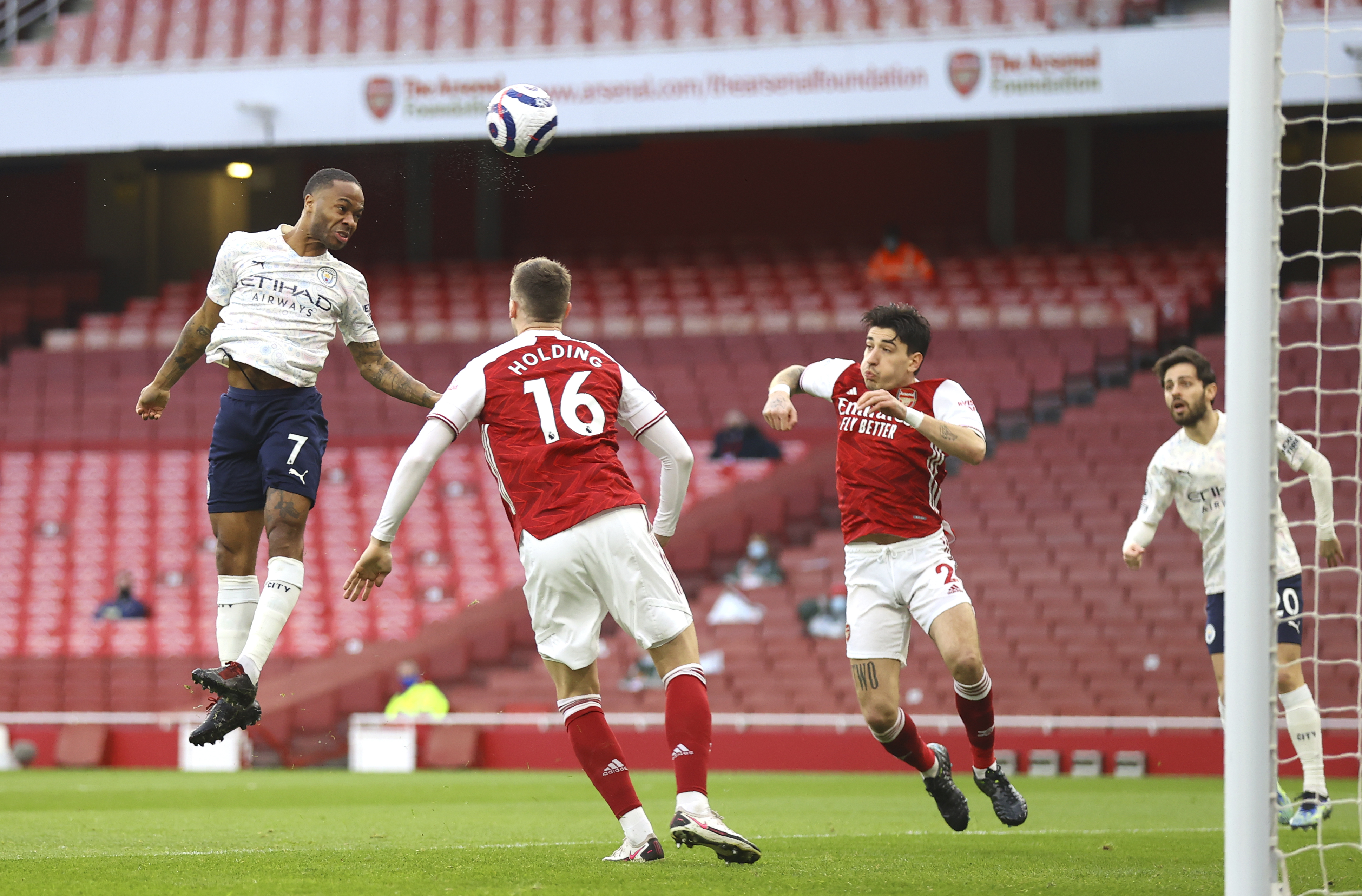 And Sterling provided City with a perfect start at Emirates Stadium when nodding home a cross from Riyad Mahrez.

But Gooners fumed at defenders Holding, Hector Bellerin and Pablo Mari for letting the diminutive winger score a free header.

In particular, the 6ft 2in centre-back Holding was seen planted to the turf as Sterling, seven inches his junior, rose unopposed.

One Gooner pointed out on Twitter: “Sterling is 5’7. Holding is 6’2. Sterling had a free header from 6 yards out.”

Eduardo commented: “Unacceptable from Holding. You can’t let a 5’7” Sterling head the ball there.”

Osman wrote: “Sterling heading in between Mari and Holding. How? So poor.”

And Koma tweeted: “So anyone knows why Arteta decided to play Mari/Holding? That 4ft Sterling scoring a header is on Arteta’s hands.”

Mikel Arteta had picked centre-back David Luiz and Gabriel Magalhaes for the midweek draw with Benfica.

But the pair were only on the bench on Sunday as the Gunners boss rotated his pack.

“It’s criminal that Raheem Sterling can beat your two centre-backs in the air to score a header.” 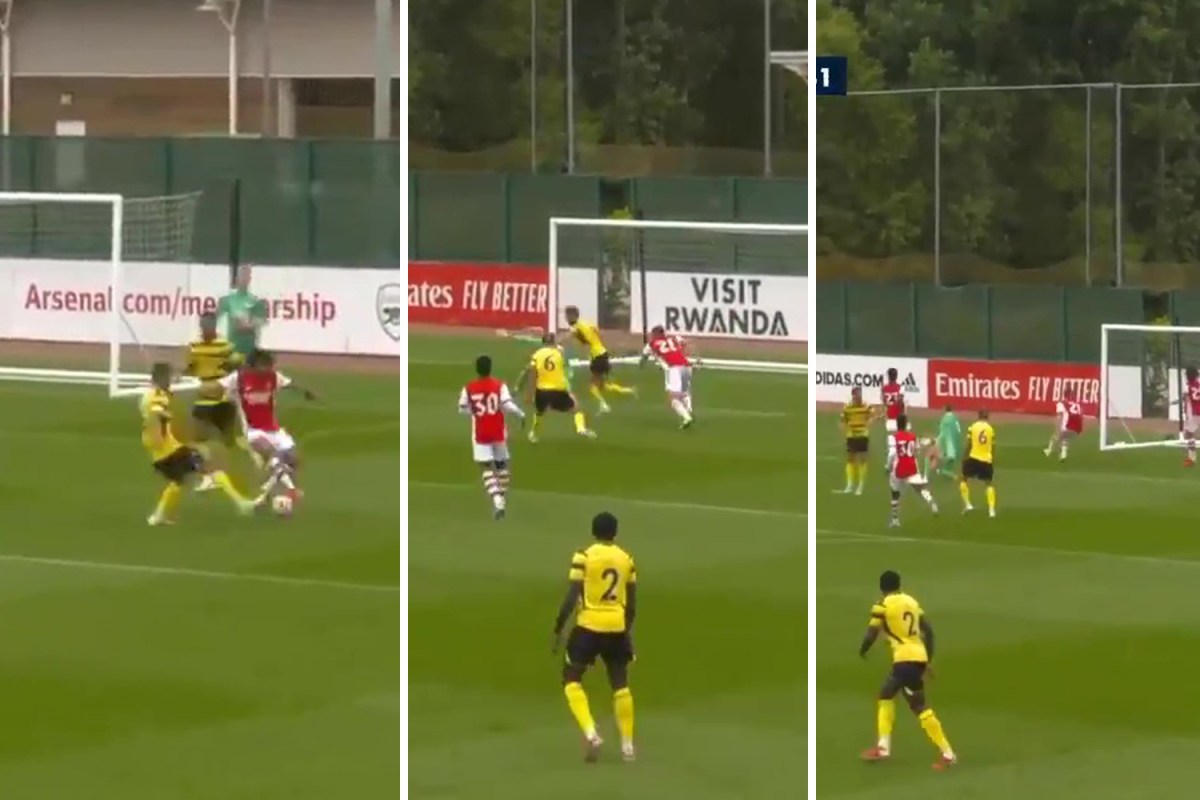 ARSENAL romped to a 4-1 win over Watford but fans still voiced their frustration after conceding from another defensive howler....

Man Utd have splurged £401m on 13 transfers since Solskjaer took over… but will Varane be latest hit or miss?