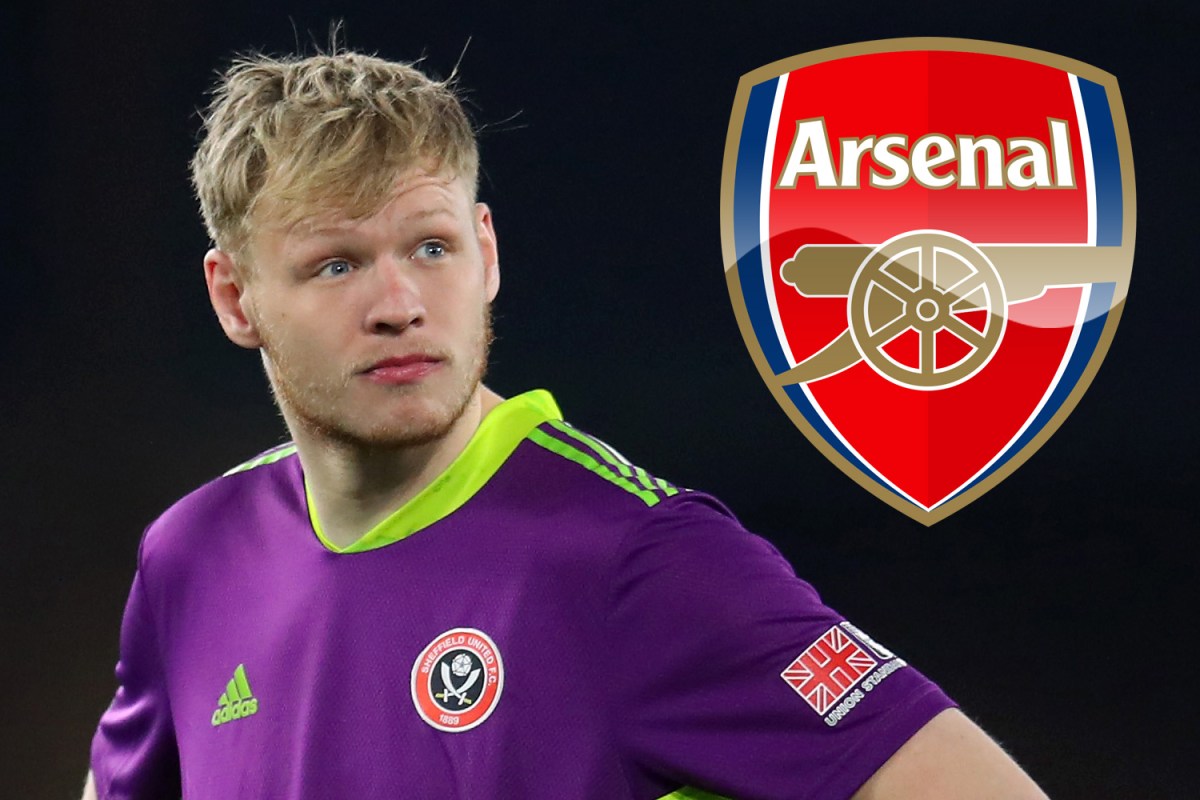 ARSENAL are preparing a £30million bid for Sheffield United goalkeeper Aaron Ramsdale, according to reports.

The Blades have reportedly rejected two previous offers from the Premier League club for the England Euro 2020 squad member.

According to talkSPORT, Arsenal a lining up a third bid and the fee could be as much as £30m.

The Gunners were previously linked with West Brom goalkeeper Sam Johnstone but it’s believed they will now focus on Ramsdale.

The 23-year-old was England’s third-choice goalkeeper for Euro 2020 after Dean Henderson withdrew, although he is yet to receive his first senior cap.

Ramsdale came through the ranks at Sheffield United before moving to Bournemouth for a reported £800,000 transfer fee in January 2017.

He was the Cherries’ first-choice goalkeeper during the 2019-20 season as they were relegated from the Premier League.

Ramsdale then moved back to the Blades in August 2020, costing a reported £18.5m, and suffered relegation AGAIN.

The Argetnina international has since gone on to become one of the Prem’s best goalkeepers and helped his country win the recent Copa America.

Sinclair told talkSPORT: “I don’t get it. We’ve said before, Emi Martinez going to Villa, why? He was playing superbly well for Arsenal.

“They’ve allowed their best goalkeeper to leave and now they are chasing their tail to get someone in to replace Leno.

“I don’t understand how Arsenal are being run as a football club. That Emi Martinez one should have never gone through.

“They should have let them fight it out for the No1 jersey and keep it honest. They’ve not done that and he’s been superb at Villa.

“It would be a great move for Ramsdale. A huge club in Arsenal.

“It’s quite a big fee, but when you’ve got Arsenal players training with him, they’ll see his quality and will reinforce what Mikel Arteta feels about him.”