ARSENAL are willing to pay Sassuolo’s £34million asking price for Manuel Locatelli, according to reports.

But the midfielder would rather move to Juventus.

The 23-year-old drew interest from around the continent after his brilliant displays for Italy at Euro 2020.

The Gunners are among those after the breakout star.

But they are reluctant throw money down on players that aren’t ‘100 per cent convinced’.

“Arsenal’s stance: they’d be prepared to pay Sassuolo price tag [€40m]… but #AFC only want to sign players happy and 100 per cent convinced to join the club.”

Gunners boss Mikel Arteta is keen to bolster his midfield this summer.

Arsenal have flogged Matteo Guendouzi, while Lucas Torreira and Joe Willock could follow.

The North Londoners are on the verge of signing Anderlecht starlet Albert Sambi Lokonga.

They have also been strongly linked with a move for Wolves star Ruben Neves.

And Lyon ace Houssem Aouar is on their radar.

Arsenal have had an underwhelming start to pre-season, having played two matches in Scotland this week without tasting victory.

The hashtag ‘ArtetaOut’ was already trending during the 2-1 defeat to Hibernian in midweek.

And they followed it up with a 2-2 draw against Rangers at Ibrox on Saturday. 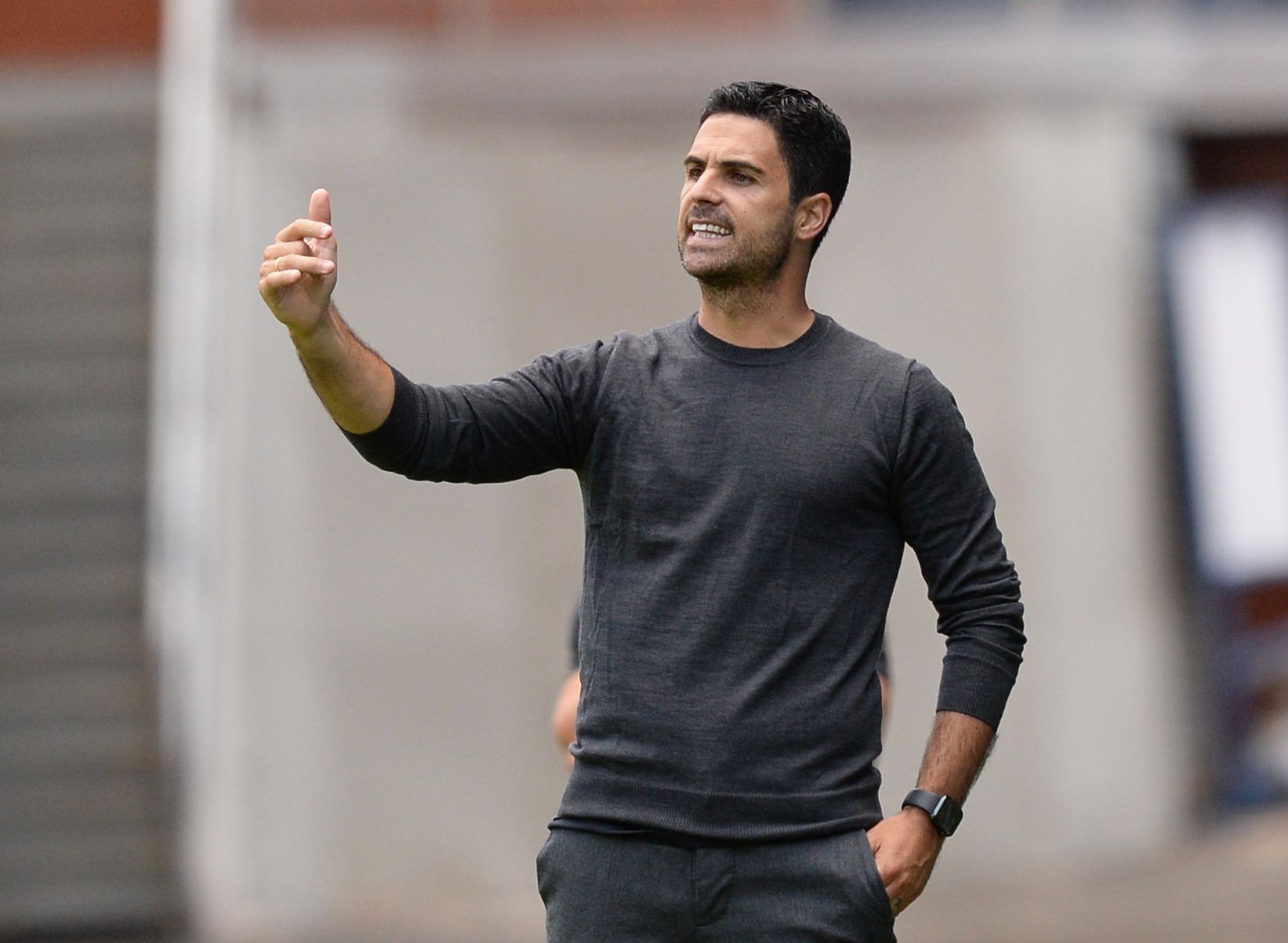 Mikel Arteta is eager to strengthen this summerCredit: Rex