PIERRE-EMERICK AUBAMEYANG has admitted that he should have done better with his chances in the 1-1 draw with Benfica.

And the Gunners skipper has also lavished praise upon team-mate Bukayo Saka. 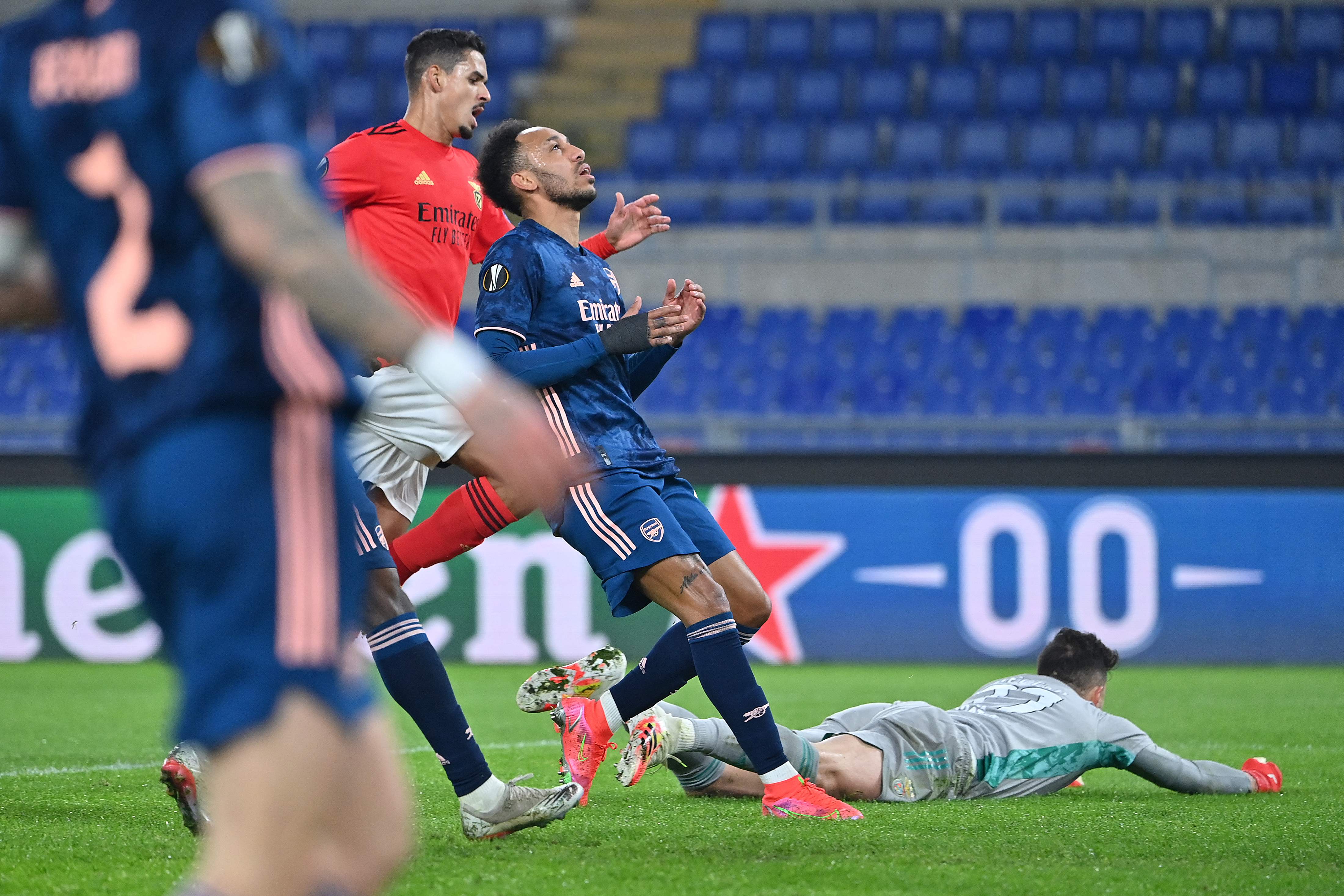 Pierre-Emerick Aubameyang, 31, looks on after squandering a great chanceCredit: AFP OR LICENSORS 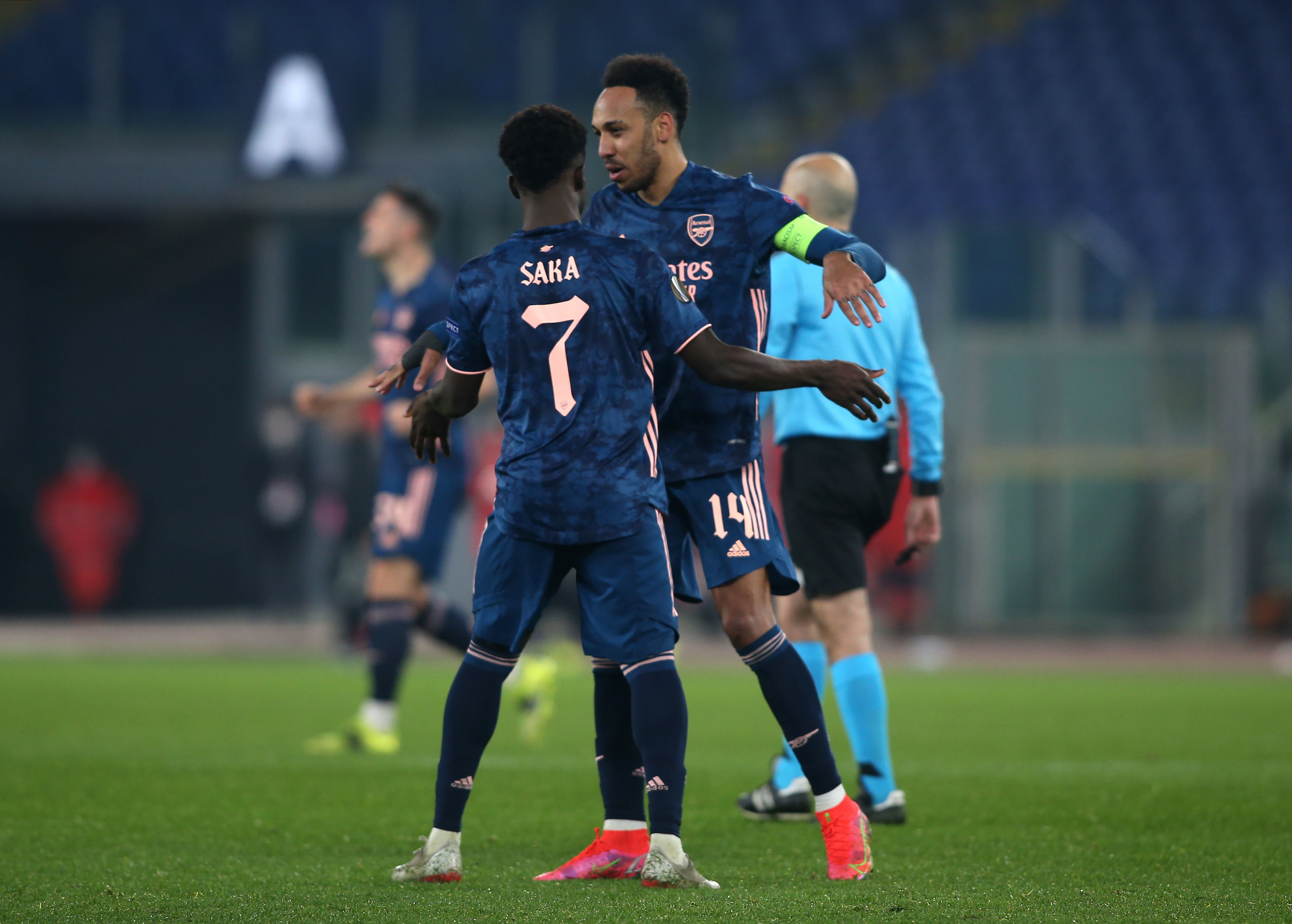 Arsenal travelled to Rome to face Benfica in the Europa League round of 32 first leg this evening, earning a 1-1 draw in the process.

But it could have been so much better, had Aubameyang, 31, converted one of his many golden chances.

The most glaring came in the 19th minute, when he somehow side-footed Hector Bellerin’s square ball wide from seven yards.

After the match, he tweeted: “We deserved better and I should score couple goals today but still one game to go we keep going.

Benfica took the lead through Pizzi from the penalty spot, after Emile Smith Rowe was penalised for handball.

But Saka, 19, made no mistake from Cedric Soares’ square just two minutes later to equalise.

Aubameyang might have given his side the lead in the 63rd minute, only to lash a low, right-footed effort beyond the far post.

After the match, Saka told BT Sport: “We had a lot of chances and we’re frustrated.

“We dominated the game and they just had a lucky penalty, which I don’t think should have been given.

“However, it’s not the worst result and we have got an away goal.”

Arsenal will host Manchester City on Sunday in the Premier League, before renewing hostilities with Benfica in their ‘home’ leg next Thursday in Piraeus, Greece. 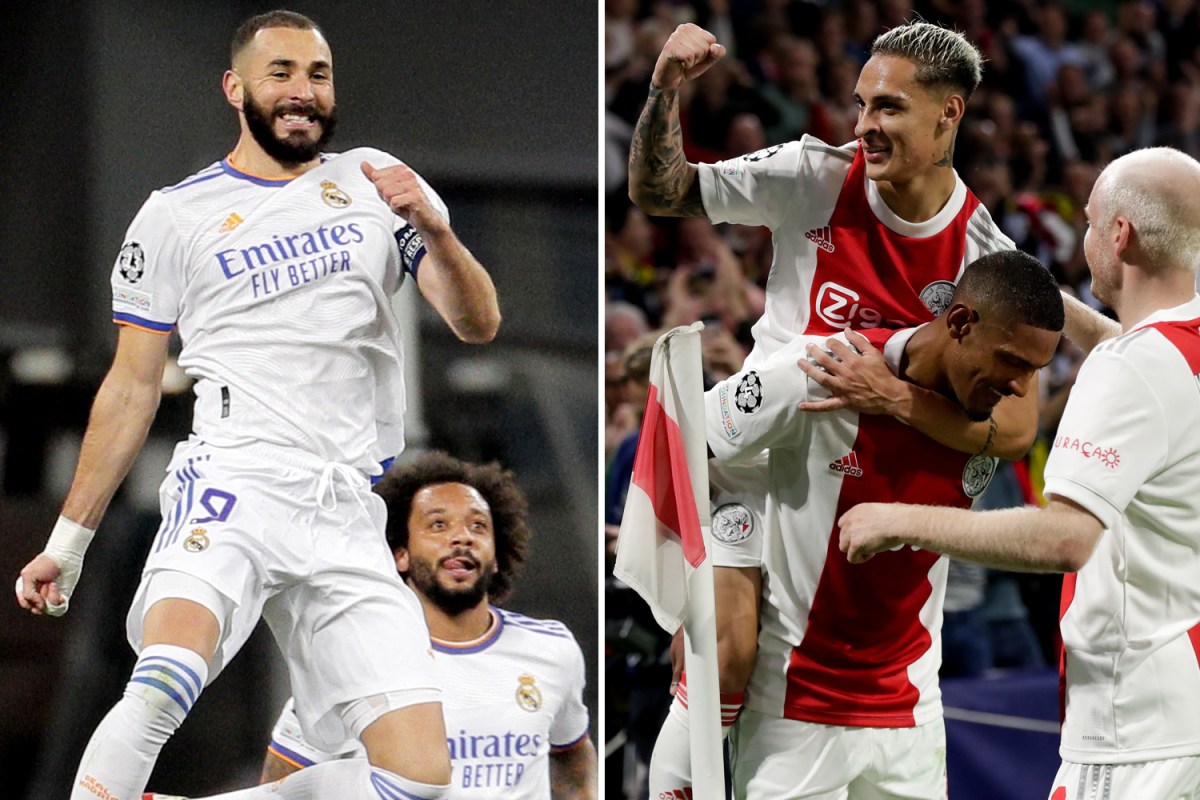 AJAX thrashed Borussia Dortmund 4-0 and Real Madrid won 5-0 at Shakhtar Donetsk on a goal-crazy night in the Champions...