PIERRE-EMERICK AUBAMEYANG and Alexandre Lacazette are locked in a battle to win Arsenal’s No10 jersey after Mesut Ozil confirmed he would leave the club.

The German playmaker’s proposed move to Fenerbahce isn’t even official yet. 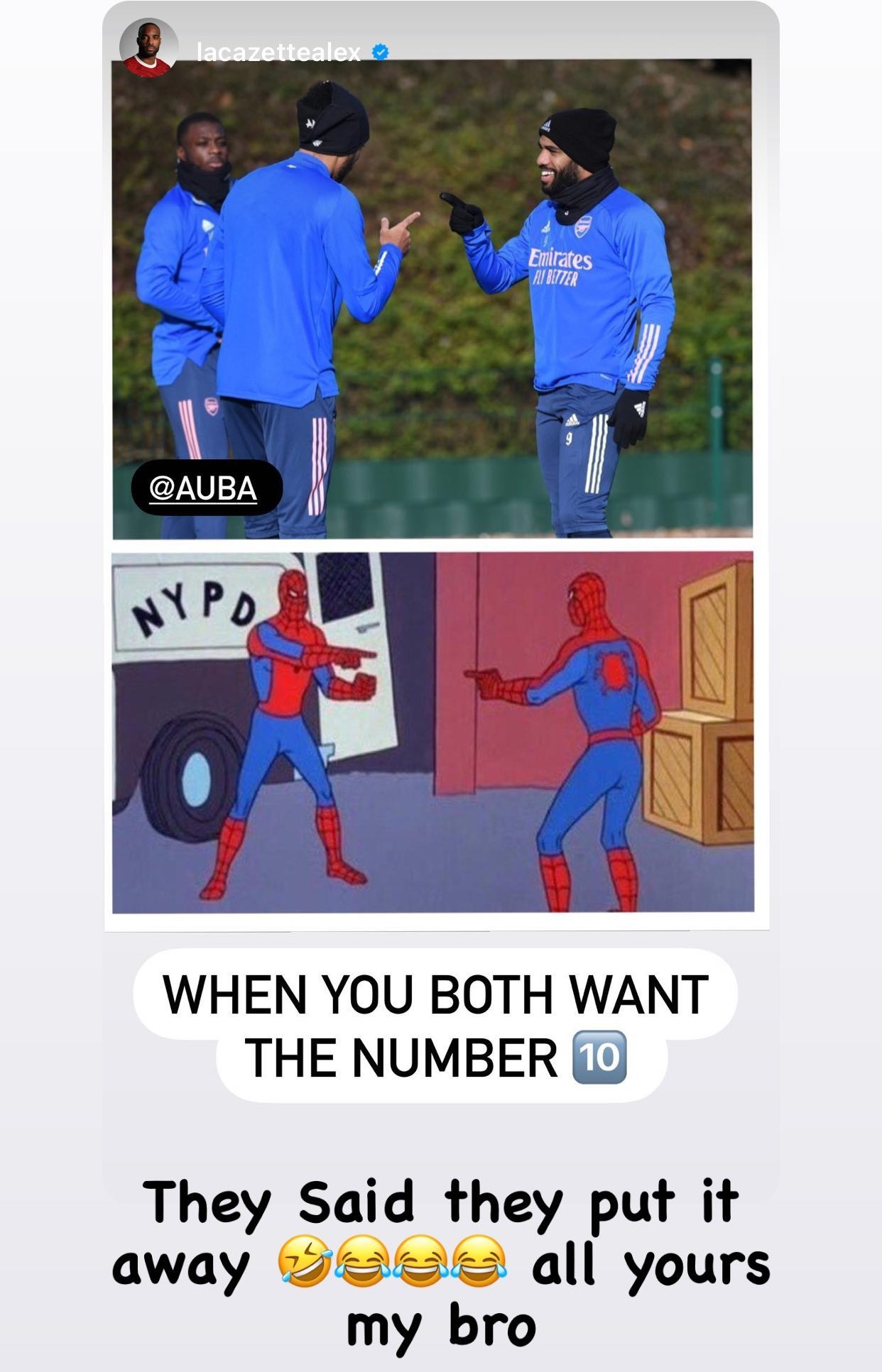 But the Gunners‘ two most-senior strikers are still itching to take on Ozil’s soon-to-be vacant No10 jersey.

Club captain Aubameyang currently wears the No14, with Lacazette owning the No9.

And it appears they’re both chasing the No10 jersey, based on their latest Instagram exchange.

Lacazette shared a picture of himself and Auba mimicking the famous Spider-Man pointing at Spider-Man meme.

The Frenchman captioned the post: “When you both want the number 10.”

Aubameyang appeared to gracefully step aside, replying, “They said they put it away”, complete with laughing and cry-laughing emojis.

But the skipper continued: “All yours my bro.”

Aubameyang has never worn the No10 during his 14-year career. 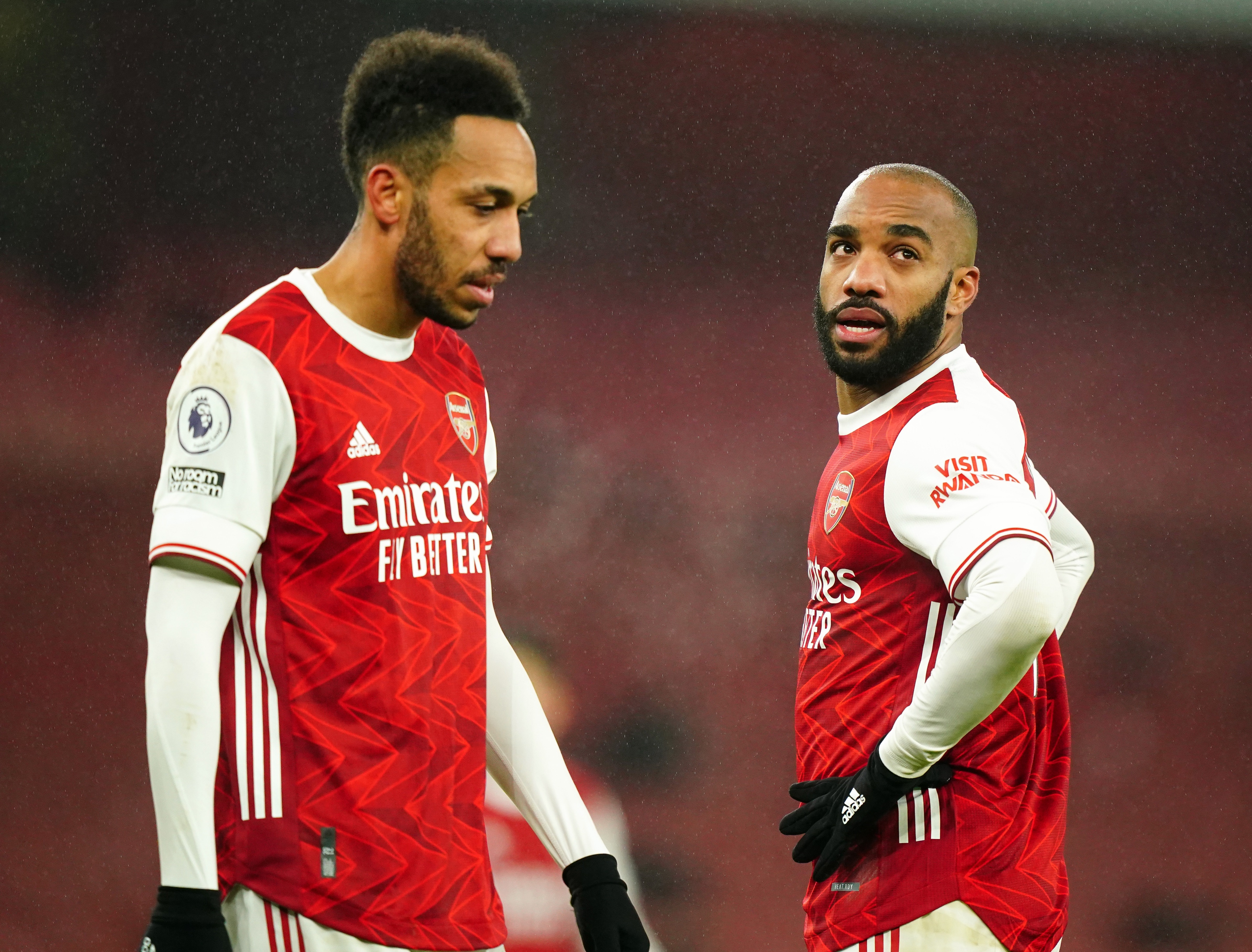 Aubameyang and Lacazette both appear to want the No10 jersey at ArsenalCredit: Rex Features

He started off wearing the No41 at AC Milan in 2007, before taking the No9 at Dijon.

Auba donned the No11 at Lille and Monaco, before sporting No9 and No7 across his three seasons at Saint-Etienne.

The Gunners captain wore the No17 through all five seasons at Borussia Dortmund, before taking the No14 at Arsenal.

Lacazette wore the No10 jersey for Lyon before his move to Arsenal, having worked his way through Nos 38 and 17 at the Ligue 1 giants before landing his favoured strip.

However, on his arrival at the Emirates, he was denied the No10 because of Ozil.

But now, with Ozil confirming he is heading to Istanbul to finalise his move to Fenerbahce, Lacazette is free to take his favourite number.

The German playmaker, 32, was given permission to head to Istanbul to complete his free transfer to the Super Lig side on Sunday.

Earlier in the weekend, Arsenal had agreed to terminate the £350k-a-week star’s contract. 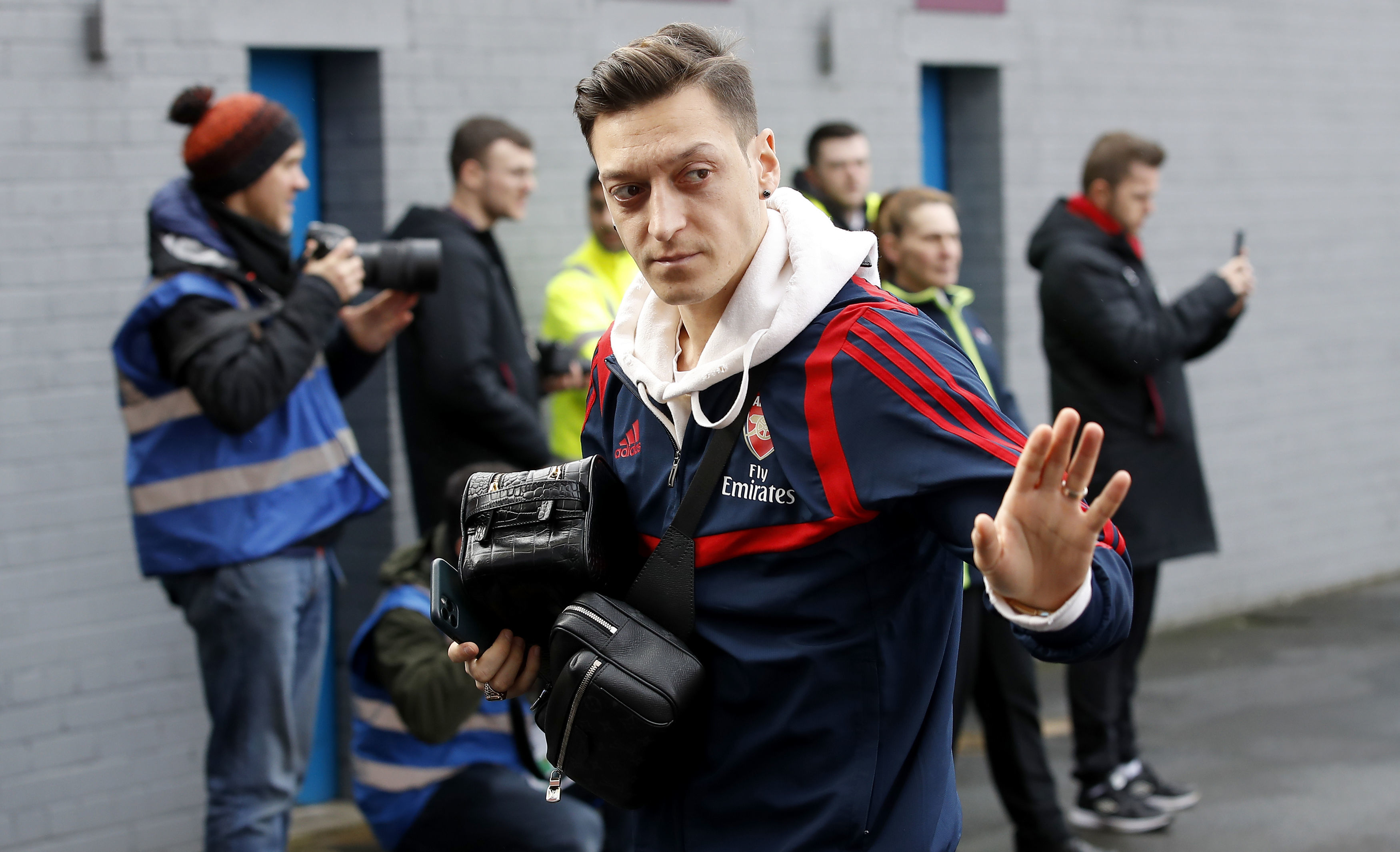 Ozil is set to vacate the No10 shirt at Arsenal after confirming he was joining FenerbahceCredit: PA:Press Association

Ozil waved goodbye to the Emirates in a post on Instagram before saying his farewells to his Gunners team-mates.

The ex-Real Madrid star will head to Istanbul on Sunday evening to complete the formalities of his move to Fenerbahce.

“Tonight I will come to Istanbul with my family. The flight time is not clear. I’ll be there tonight.”

Ozil also tweeted a picture of his ‘MO’ logo in Fenerbahce’s club colours – yellow and blue.

He even made it his Twitter avatar to further hammer home his commitment to his boyhood club.