The 20-year-old spent last season on loan at Oldham Athletic in League Two.

He will now have the opportunity to step up and prove himself at Scottish Premiership level.

He said: “Harry is a player that I have tracked and watched for some time having seen a lot of youth football during my time with the Scottish FA.

“He is a player with talent and ability but more so he has a tremendous attitude and one that I think is a perfect fit for our club.

“I would also like to thank Arsenal for giving us this opportunity to further develop Harry, and the way in which the loan deal was conducted over the last few weeks.”

Clarke was a regular at Under-23 level for the Gunners in recent years, before he joined Oldham last season.

He made 32 appearances for the Latics last term, as they came 18th in League Two.

The central defender has also played for English age groups at youth level.

The homegrown ace joined the squad on their pre-season trip to Scotland.

And he even started the Gunners’ pre-season clash with Hibernian last month. 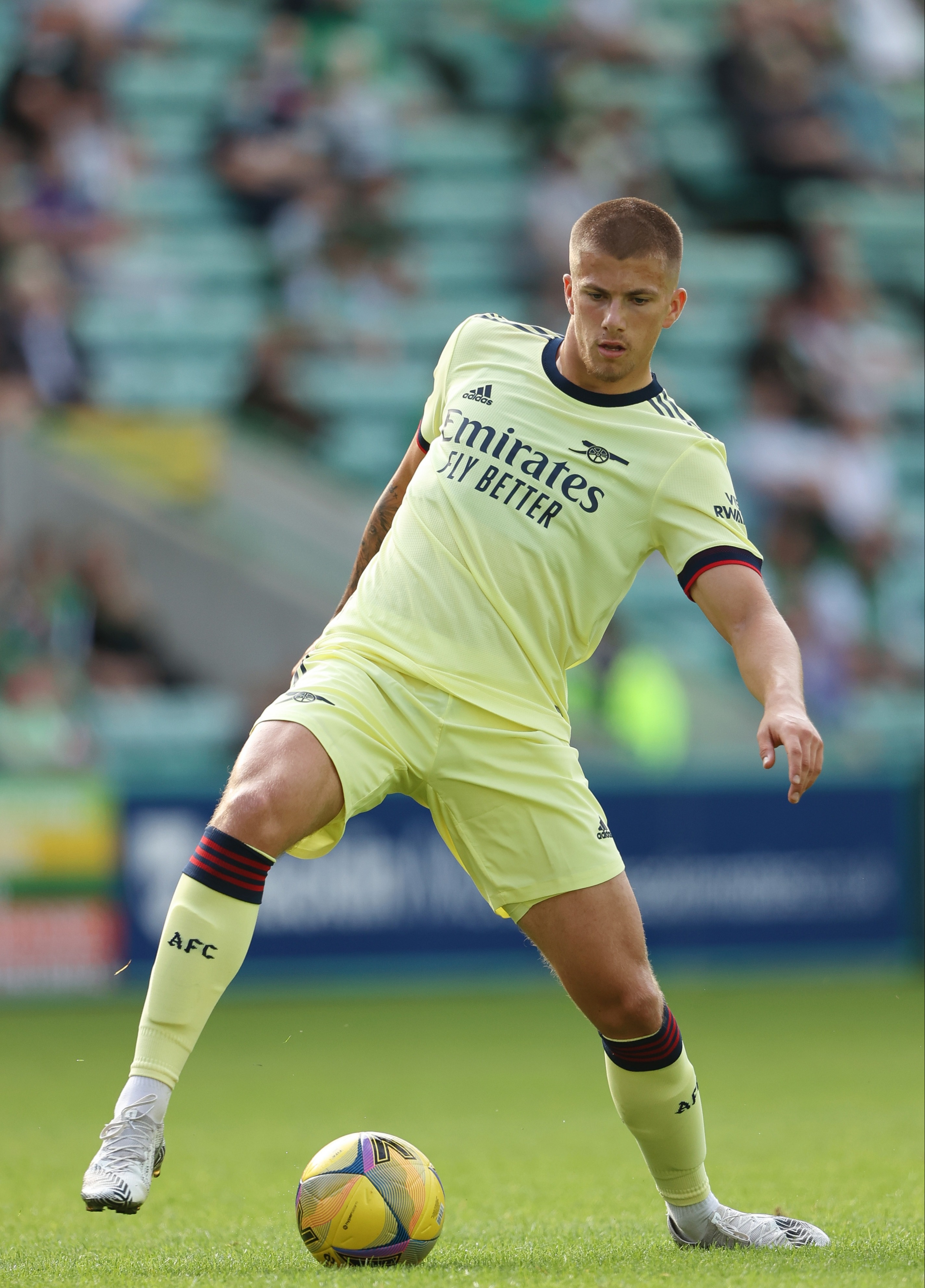 Clarke, 20, got his fist taste of Scottish football against HibsCredit: Getty