BAYERN MUNICH fought a two-goal deficit and a snowstorm to take a draw with Arminia Bielefeld.

The newly-promoted minnows, battling relegation in their first Bundesliga season since 2009, took a shock lead at Allianz Arena. 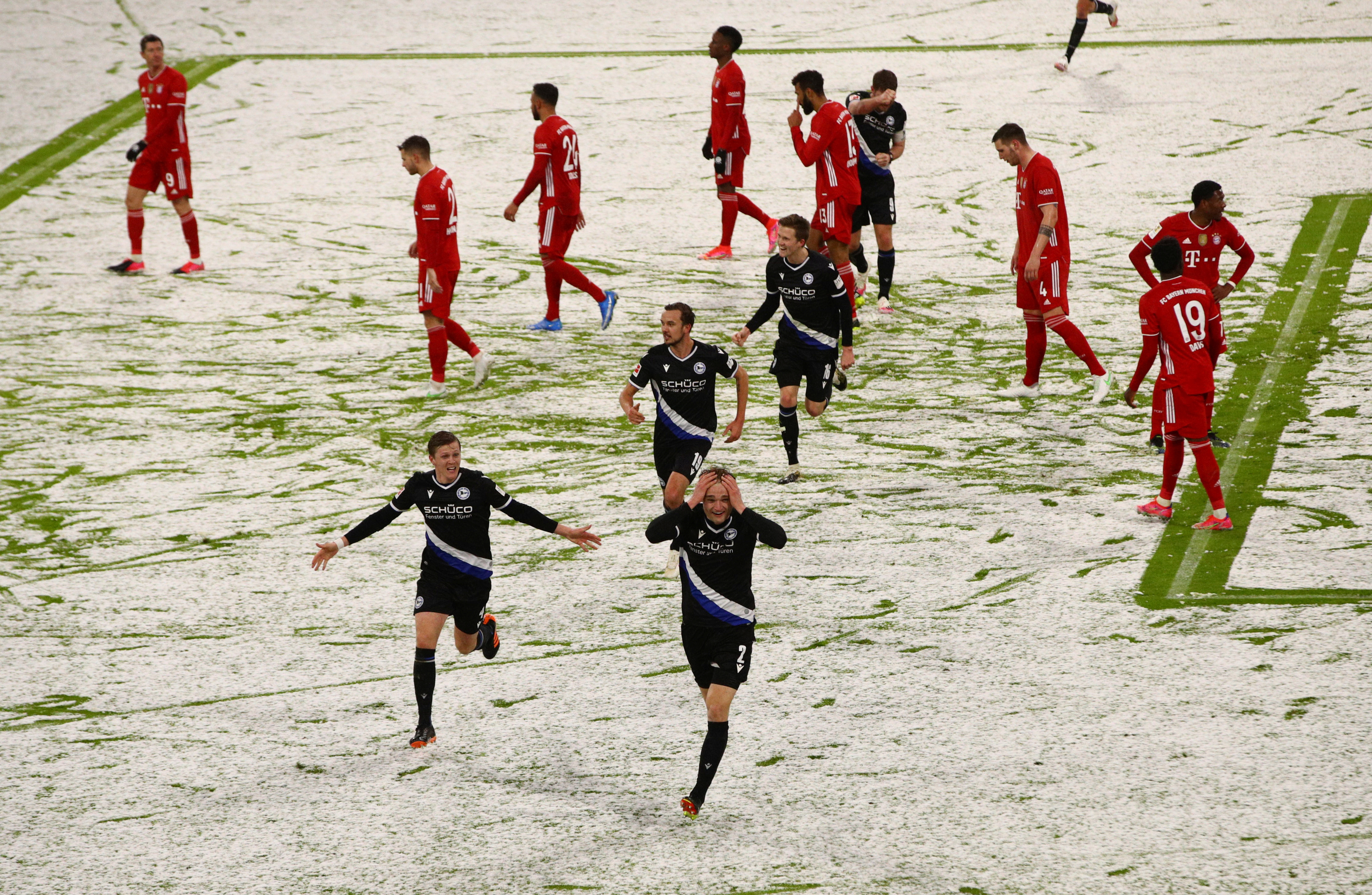 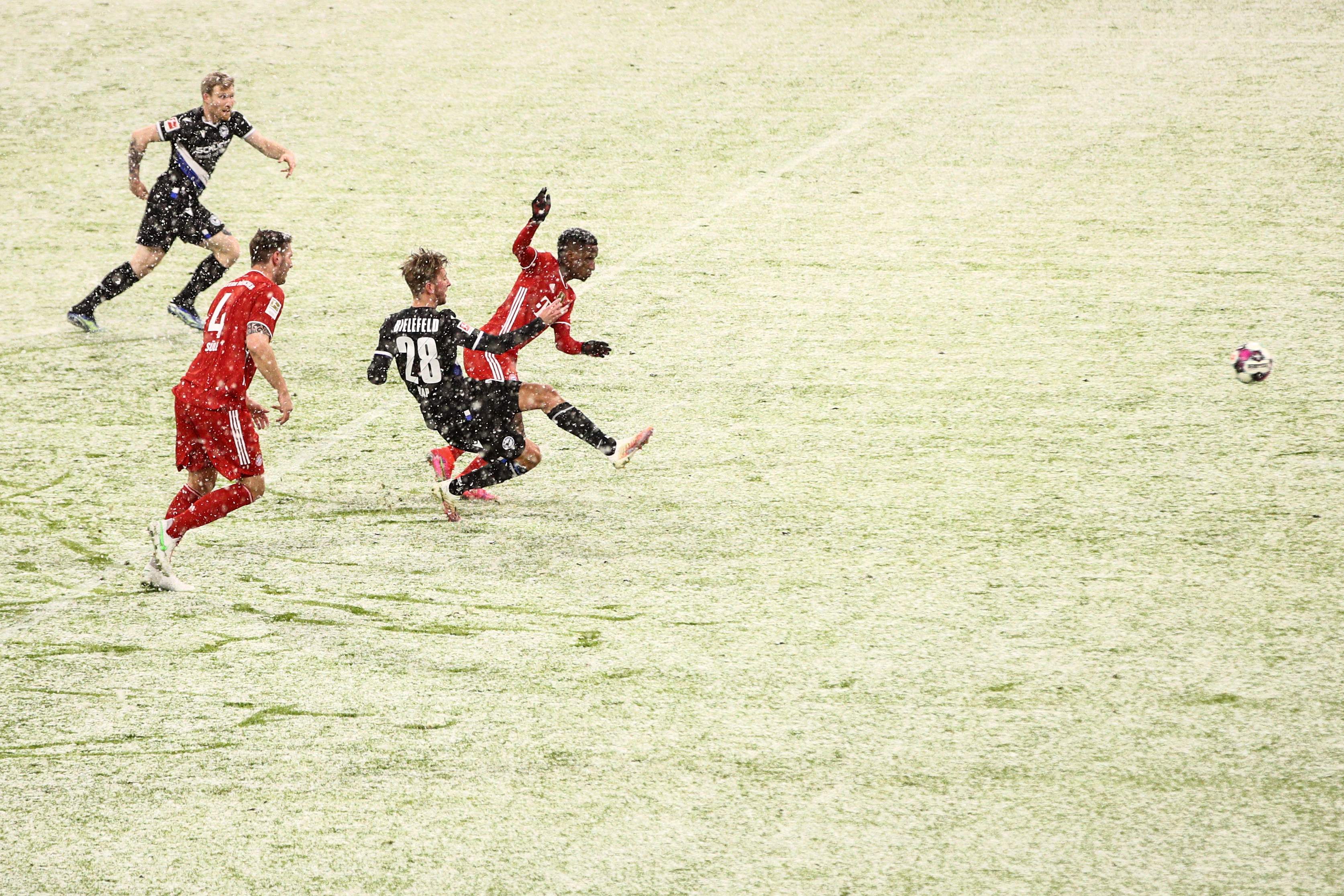 Michael Vlap struck after nine minutes before Amos Pieper rose highest from a corner for 2-0.

Hansi Flick’s leaders were playing their first game since winning the Club World Cup in Qatar and appeared to have frozen on the wintery Bavarian night.

A heavy snowstorm blanketed the pitch and led to the first-half being stopped twice to clear the lines.

The half-time break saw the weather clear and Bayern started their comeback in relatively normal conditions, Robert Lewandowski cleverly firing home a reply on the turn.

Yet Arminia were not ready to collapse just yet and Christian Gebauer notched from close-range less than 60 seconds later.

Leroy Sane set up Corentin Tolisso to get Munich back within a goal before the ex-Manchester City winger found space on the right to help tee up the equaliser.

…And they’re playing with an orange ball ? pic.twitter.com/3fVLOQz49k

A lofted ball into the box bounced through to Alphonso Davies, who hammered home to make it 3-3.

There was still time for the Bundesliga leaders to suffer a further scare as Sergio Cordova notched for the visitors – but was called offside.

The point left Bayern five points clear of second-place RB Leipzig before a trip to Eintracht Frankfurt, who sit third, on Saturday. 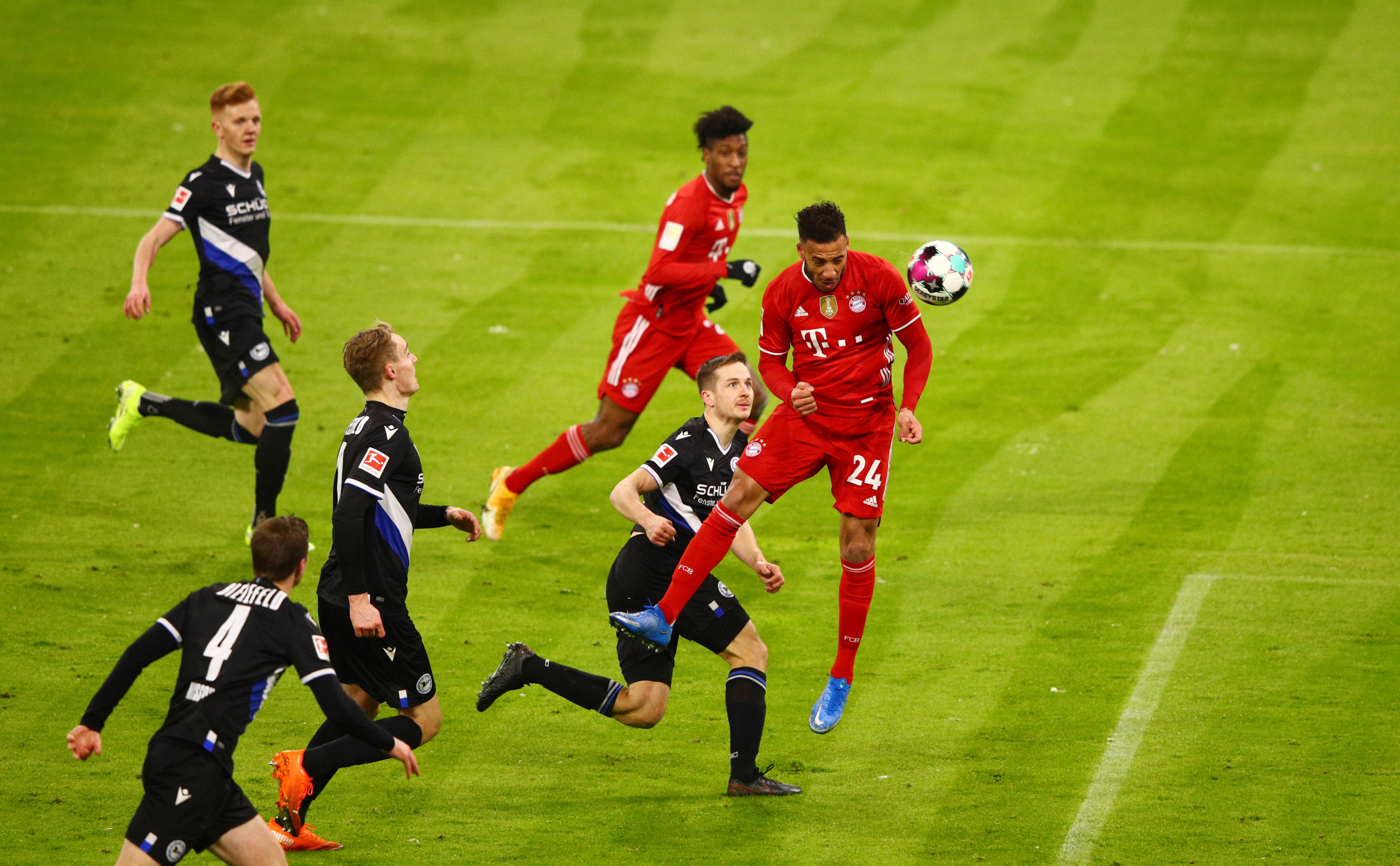 The snow cleared in time for Bayern’s comeback to earn a pointCredit: Reuters

Despite being held to a draw by the relegation battlers, Munich boss Flick was satisfied with his side’s performance.

He told DAZN: “The team took a mentality onto the pitch in the second-half that was sensational.

“We made life difficult for ourselves, falling 1-3 behind too easily. We have to defend better.”