Bednarek, Broja and Adams strike as Saints demolish Bees to leap up to 11th in Premier League

IF this is to be the way of the Dragan, then Southampton fans are in for some all-action entertainment.

Saints new owner Dragan Solak took in his first Saints game and was served up a thriller.

Southampton picked up a comfortable victory over Brentford in the Premier LeagueCredit: Reuters 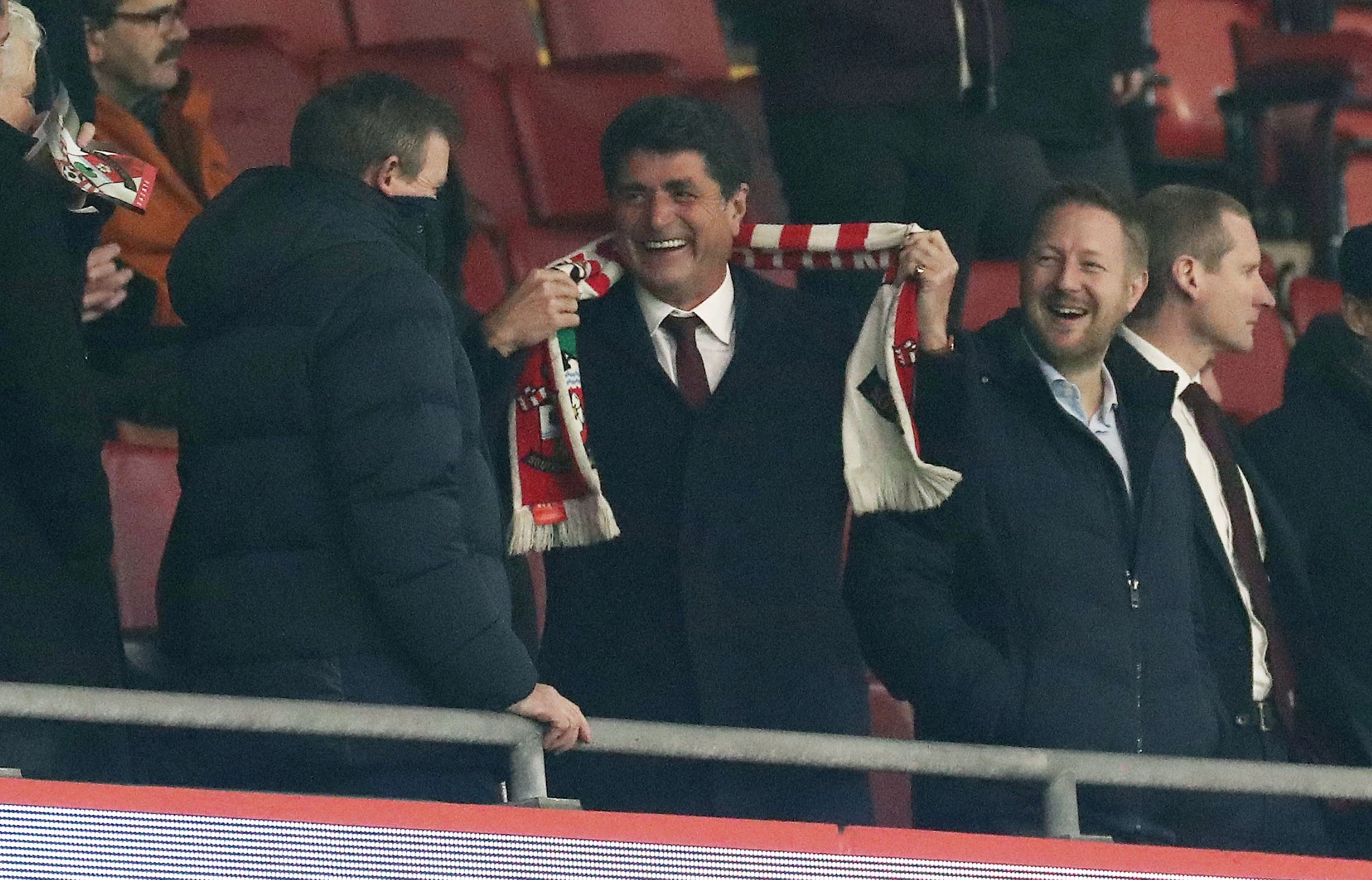 The Serbian, who bankrolled the club’s takeover by new company Sport Republic this month, was off his seat and applauding as the goals flew in.

Brentford hit back through Vitaly Janelt’s cracker, but went into the break behind thanks to keeper Alvaro Fernandez’ unfortunate own goal.

Southampton continued to put on a show for billionaire Solak as Armando Broja raced in to make it 3-1 on 49 minutes, before sub Che Adams finished the job.

While Solak’s attendance caught the eye, the spectre of fellow new supremo Rasmus Ankersen loomed large over this game.

The innovative Dane spent six years at Brentford as their co-director of football, helping mastermind the club’s route to the Promised Land through savvy spending.

He left the Bees in December and shortly afterwards was named chief executive and co-founder of Sport Republic, linking up with fellow Dane and company chairman Henrik Kraft.

This fixture was one of many that has been rearranged due to Covid in the last few months. Saints boss Ralph Hasenhuttl has had a bee in his bonnet with clubs that appear to be bending the rules by having games postponed when injuries – rather than Covid cases – are their main problem.

The irked Austrian has even called for any clubs found guilty of this to automatically lose games.

But this fixture was legitimately called off on December 18 when Brentford had 13 cases across their club and were forced to shut down their training ground two days prior.

Bees boss Thomas Frank talked up Ward-Prowse’s set-piece skills ahead of the match, branding the midfielder second only to Lionel Messi in the global free-kick stakes.

So it should have come as no surprise to the Danish chief when his side fell behind early on thanks to one of Ward-Prowse’s set-pieces, as Bednarek flicked in his corner. 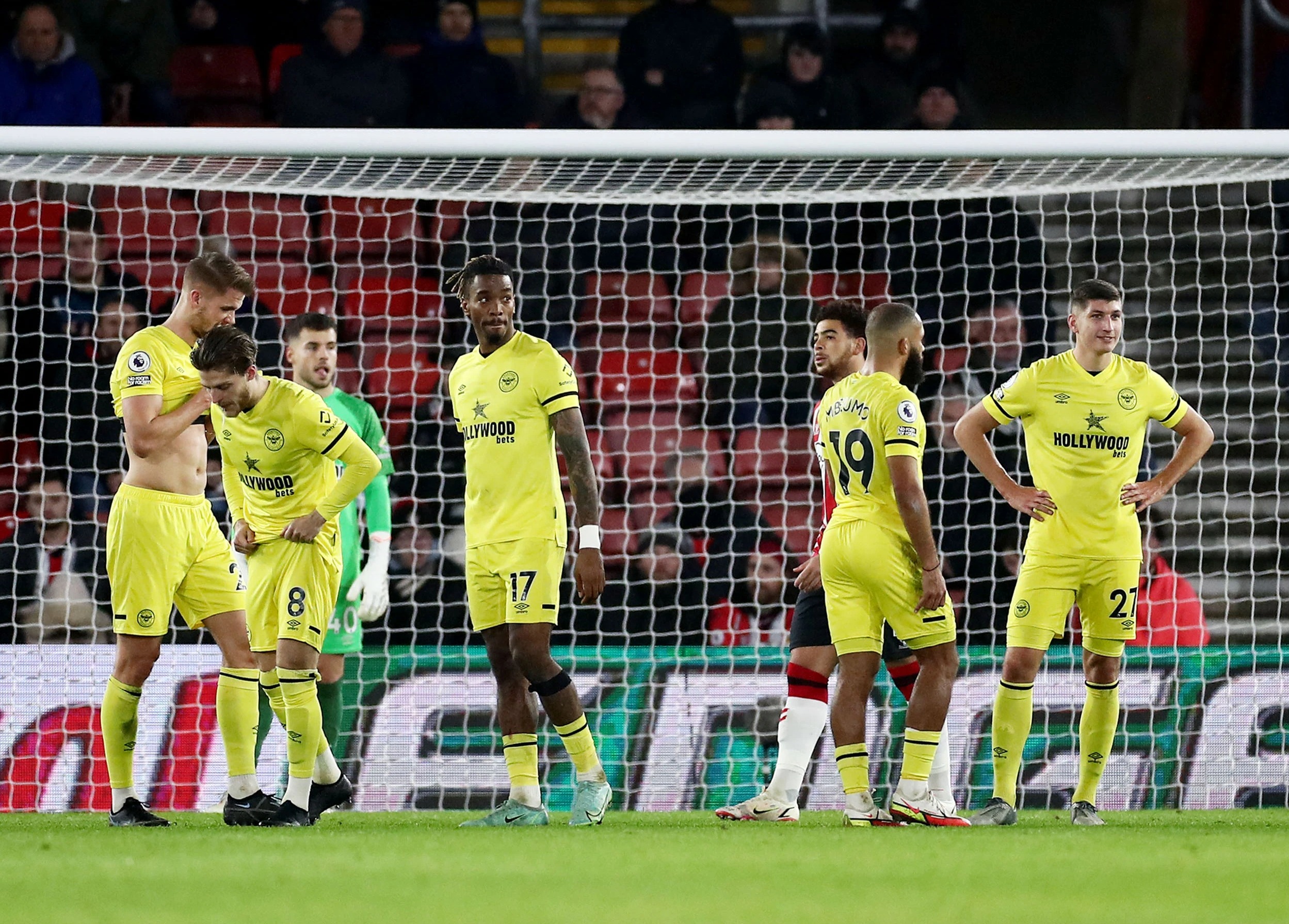 Brentford suffered a heavy defeat at the hands of Southampton at St Mary’sCredit: Rex

It was a game played at break-neck pace with players eager to get on with play as soon as possible, making it a lot of fun for all watching.

Sadly that was only those in attendance at St Mary’s as this game was originally supposed to be a 3pm kick-off on a Saturday and so not televised.

Brentford hit back on 23 minutes when Bryan Mbeumo stood up a cross for Janelt to crash home with a sumptuous volley into the far corner.

It was an outstanding strike and only the German’s second Premier League goal following his effort in September’s game-of-the-season contender against Liverpool which ended 3-3.

But with eight minutes remaining in the first period, Saints went back ahead with what at first looked like a stunning shot, but then turned out to be a luckless own goal.

Ward-Prowse’s corner made it all the way to Ibrahima Diallo, who struck it true from 20 yards into the turf and onto the post, before it rebounded off Fernandez and over the line. 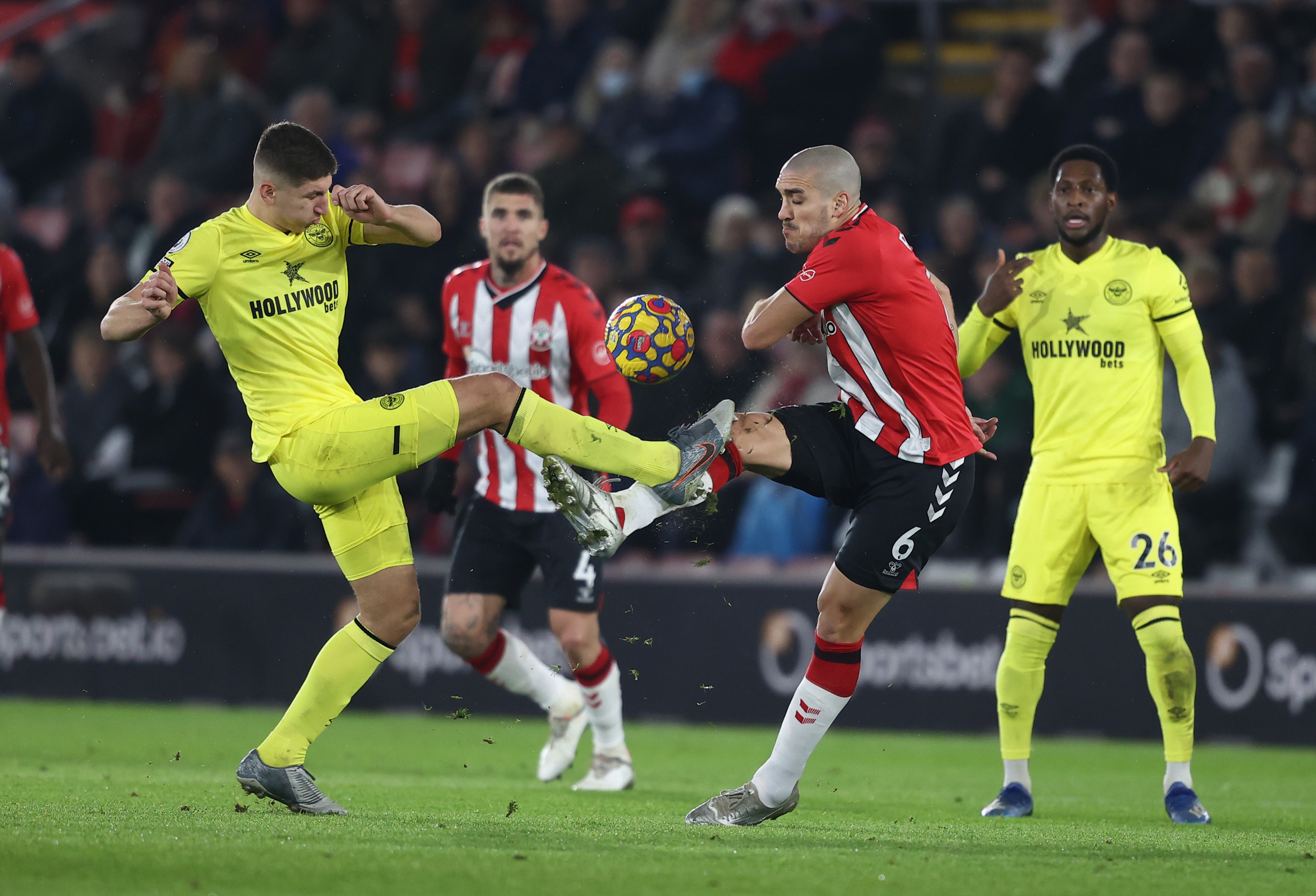 Southampton climbed up to 11th place in the Premier League table after beating BrentfordCredit: Richard Pelham / The Sun

Saints killed the game off four minutes into the second half as Oriol Romeu set Broja free and the forward left Pontus Jansson for dead before firing past Fernandez.

Sub Adams also got the better of the Bees’ shot-stopper after collecting Diallo’s high ball.

Broja’s clinical strike was his sixth of the season and saw him become the youngest player at 20 years 123 days to net five or more league goals this term, underlining his progress.

Signing up the Albanian permanently may well become one of Solak’s highest priorities, if he can convince parent club Chelsea to sell.

That is looking tougher by the week as Broja’s star rises with regular football under Hasenhuttl, who must have been happy with his team’s display in front of his new boss.