Bottom of Prem for first time since 1992, worst start for 101yrs & LIVERPOOL next… could it get any worse for United?

TOO good to go down?

This current crop of Manchester United players were utterly humiliated at BrentfordCredit: Reuters 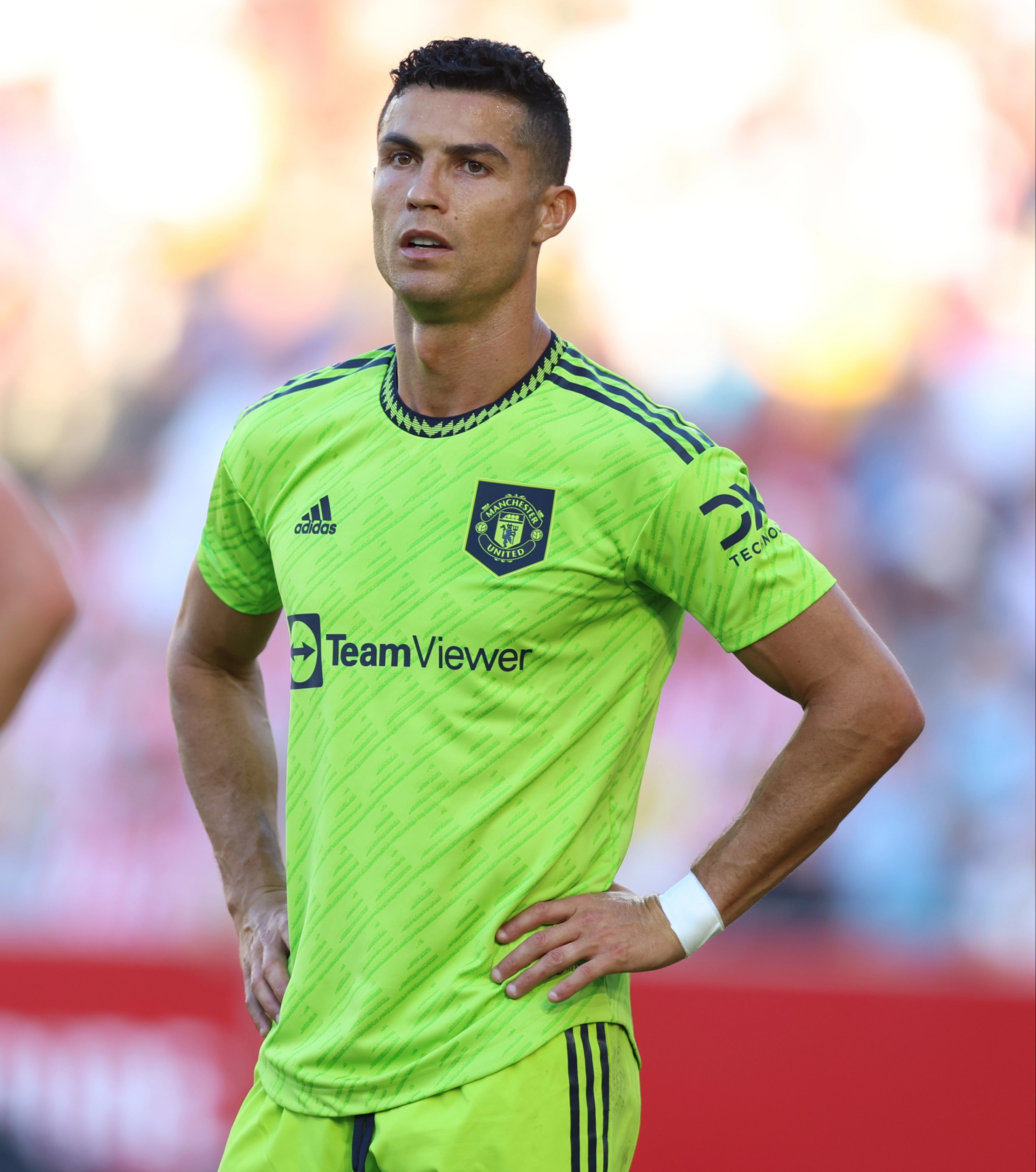 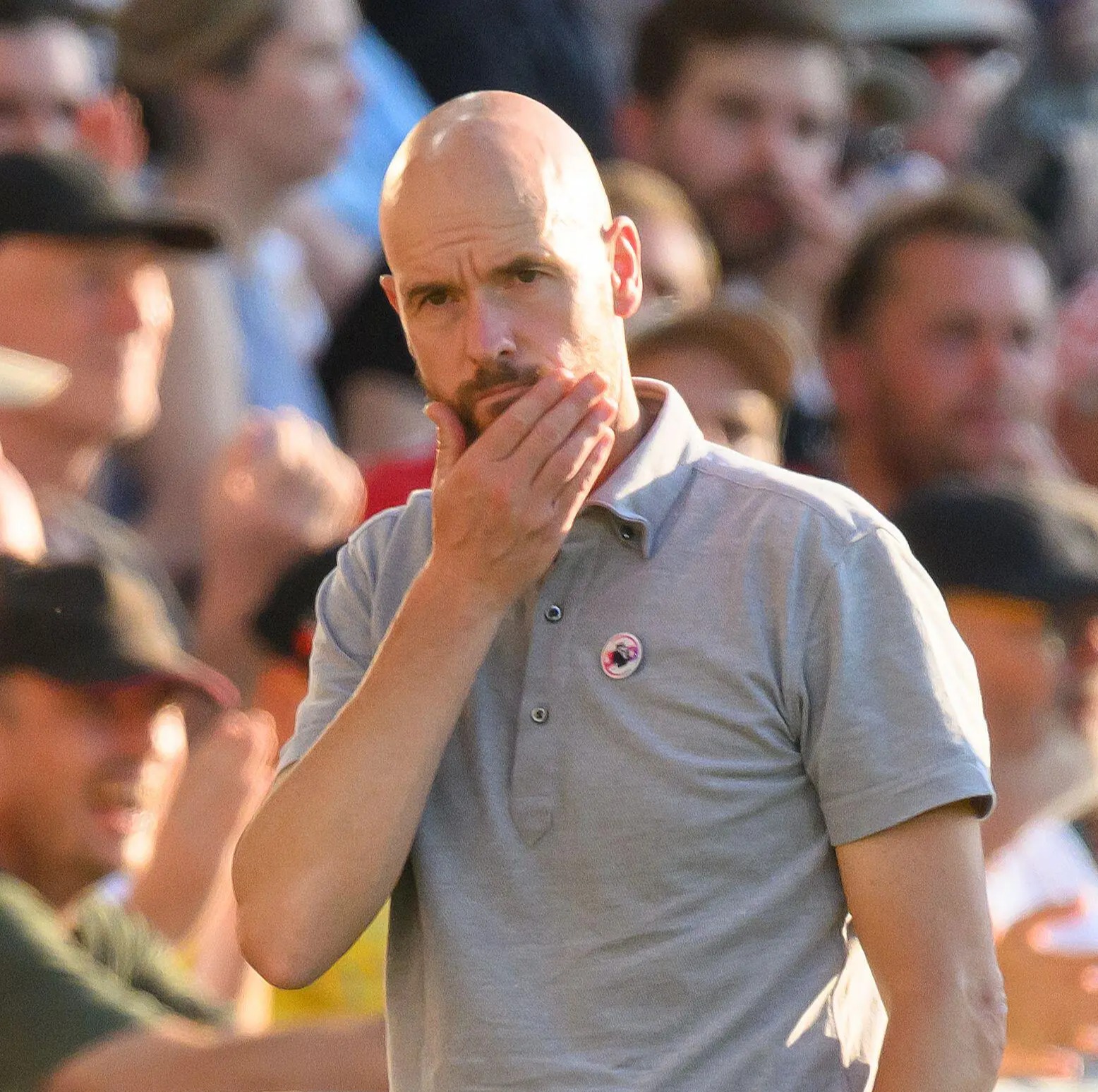 Erik ten Hag has a mammoth task on his hands as Red Devils bossCredit: Alamy

Not if you look at this hilariously bad loss at Brentford or feeble 2-1 defeat at home to Brighton six days earlier.

Because with perfect timing, on the weekend of the 30th anniversary of the Premier League, United delivered their worst top-flight display in those three decades.

And so United are bottom of the Premier League for the first time since the opening few games when the division relaunched in 1992. 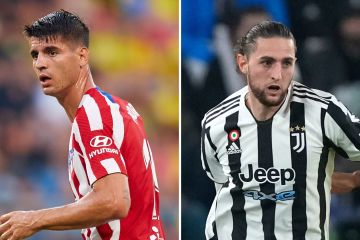 The 6-1 caning by Manchester City in 2011 hurt badly — as did the home humiliation by that scoreline to Spurs in 2020.

Less surprisingly, but equally embarrassing, was the 5-0 humping by Liverpool at Old Trafford last October and the 4-0 loss to the same team four months ago.

But this thrashing was worse than all of those dark moments. Much worse.

To be four goals down in the 35th minute of only the second game of the season was unbelievable and unacceptable.

Brentford are the opposite of United — boasting smart and sensible recruitment despite their relatively modest means.

The Alex Ferguson Stand at Old Trafford holds more fans than the entire capacity of the Brentford Community Stadium.

And how some of those United supporters will have nightmares about this trip.

So will Christian Eriksen. The Dane will have expected a bit of stick on his return to the club who gave him a chance last season.

But at no stage could he have expected to suffer the most humiliating day of his career — and he was cheered ironically by the home fans when subbed late on.

Bees fans sang, “You should have stayed at a big club”.

Eriksen played a starring role in one of the comical goals — the second — when he lost possession after a crazy pass by David de Gea with Mathias Jensen netting.

De Gea’s worst moment was actually the first goal when he somehow let Josh Dasilva’s shot slip through his hands.

You always know when United have been a bit c**p because De Gea wins their player of the season.

Already, though, you would not put any money on him winning it for a fifth time. 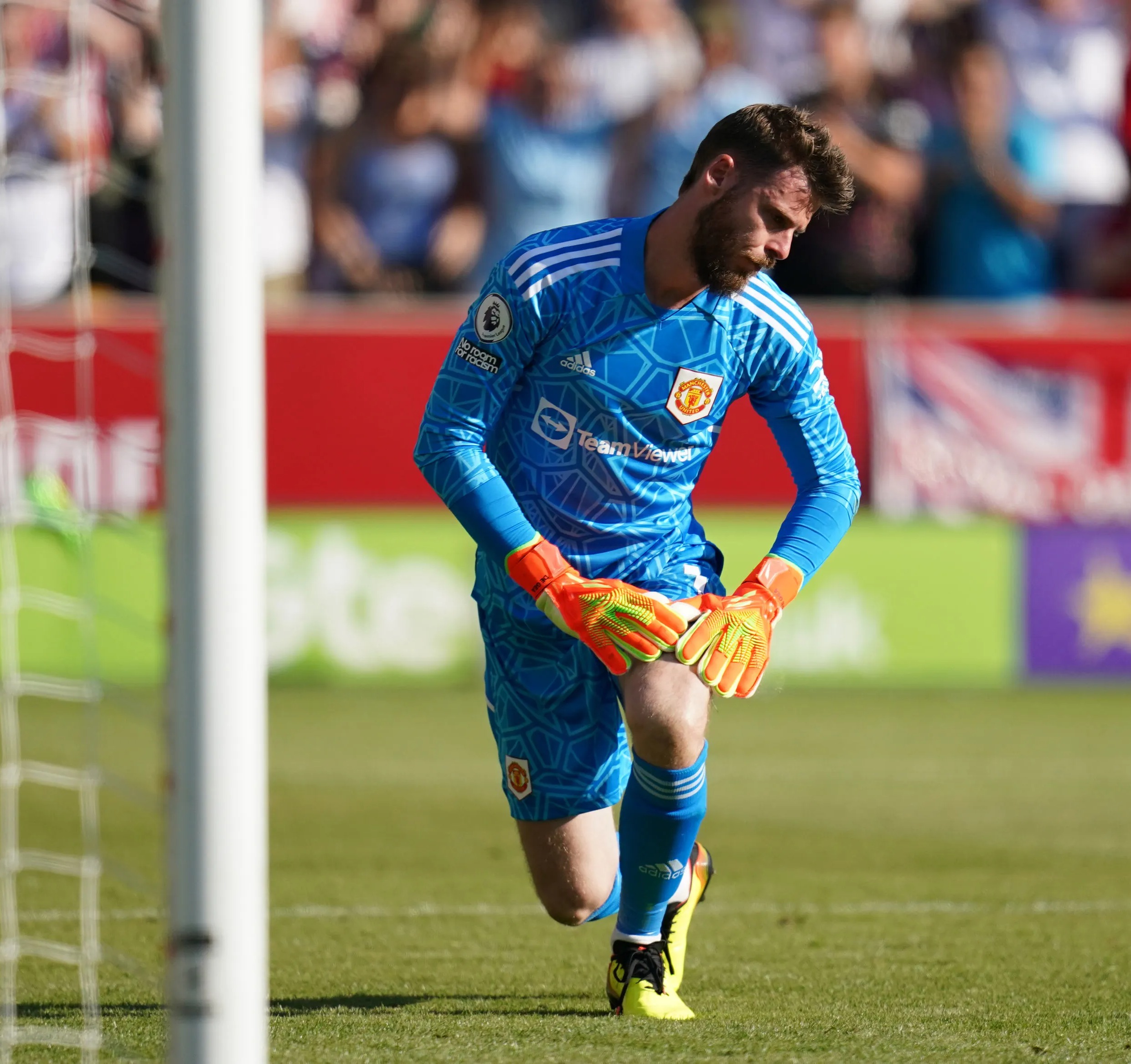 David de Gea will not be winning the player of the year award on yesterday’s performanceCredit: PA 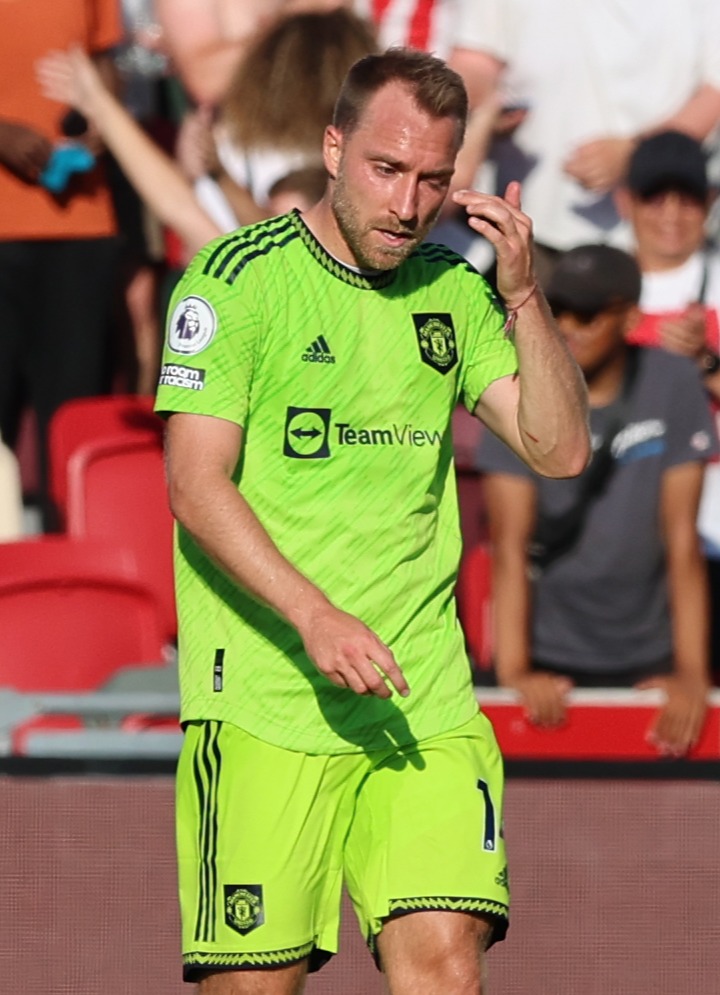 Christian Eriksen was mocked by his former supporters in West LondonCredit: Richard Pelham / The Sun 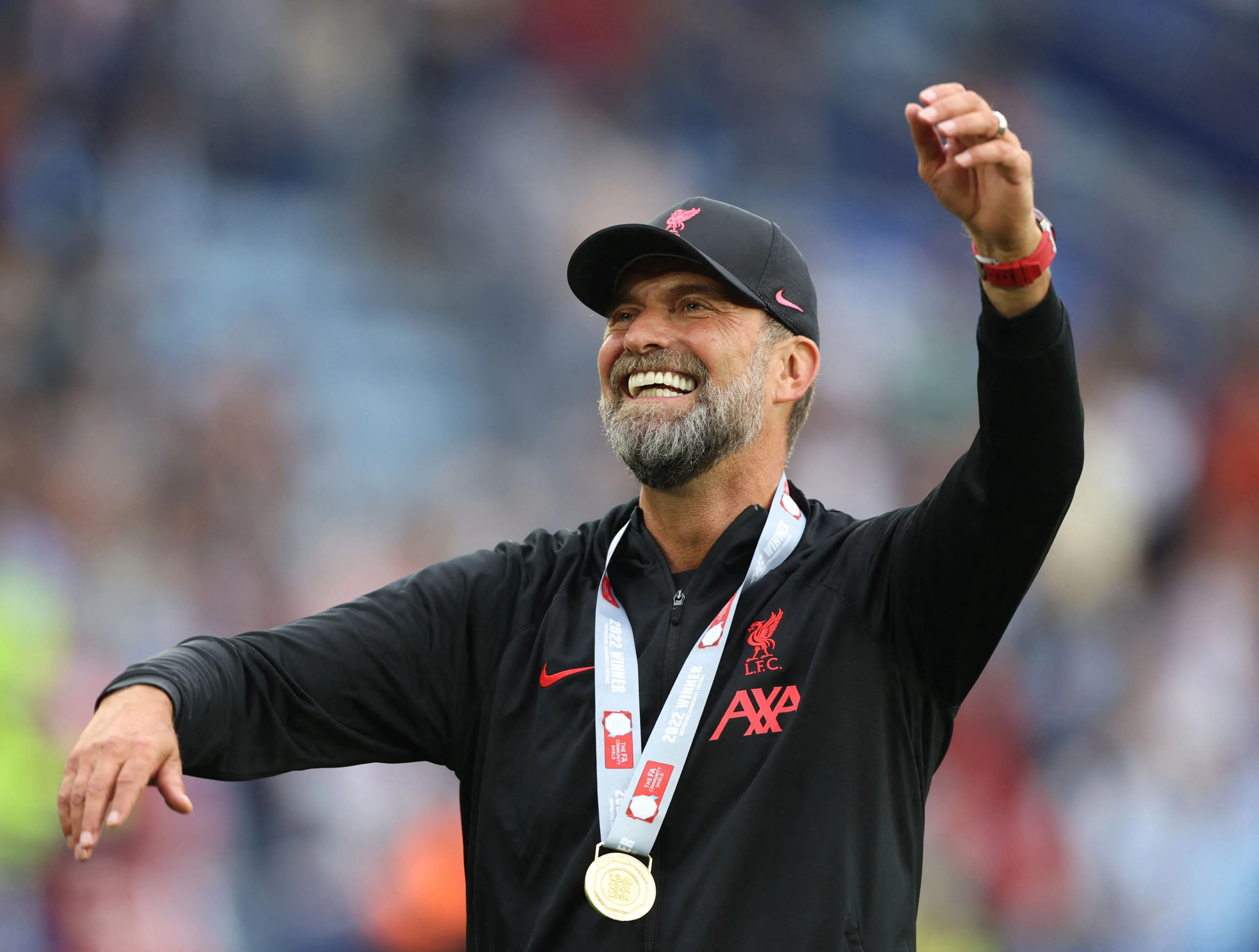 Jurgen Klopp will be relishing Liverpool’s trip to Old Trafford next weekCredit: AFP

Actually, maybe United should agree to scrap the award this season as the signs look so ominous.

There have been various issues with their recruitment — but failing to sign a defensive midfielder is right up there.

It is ridiculous they failed to walk away from Frenkie de Jong weeks ago as he clearly does not want to go there.

Equally, any team with Cristiano Ronaldo, Eriksen, and Bruno Fernandes playing down the spine of the team — along with 5ft 9in Lisandro Martinez at centreback — is going to be a bit weak.

Yet if you thought it could not get any worse for United, it really can. Their next game is against Liverpool tomorrow week.

So, will they get relegated in nine months? Probably not.

But Champions League football next season? You’re having a laugh.