MANAGERLESS Bournemouth restored their personal pride by taking a point off Wolves at the Vitality Stadium.

The Cherries showed no adverse-reaction from their Liverpool mauling which cost head coach Scott Parker his job just four games into the new season.

Managerless Bournemouth picked up a draw at Wolves after sacking Scott ParkerCredit: Reuters

But the goal-less draw was hardly a shock as these two sides have one win between them although Wolves missed a host of chances.

And yet a clean sheet could be classed as a morale-boosting feat by the Cherries who had been battered by 16 goal in their last three fixtures.

The home fans were still coming to terms with a cataclysmic 69 hours that saw the outspoken Parker dismissed after one of the worst results in the club’s history.

Parker’s interim replacement Gary O’Neill made four changes from the side walloped 9-0 at Liverpool on Saturday. 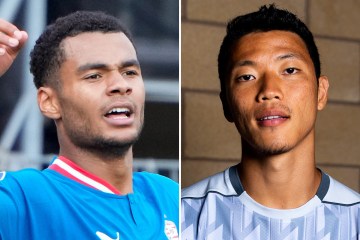 And the big surprise for most home fans was that he chose to axe the club’s No 1 goalkeeper Mark Travers to the bench.

O’Neill probably felt it was best to take the youngster out of the harsh headlights after suffering that car crash at Anfield.

Brazilian stopper and recent signing Neto was called up for his Premier League debut at 33 years of age behind a defence that had more holes in it than a colander.

The Cherries were given a heart-warming welcome back to their south coast base by their supporters who know what it’s like to always be the underdog in this division.

Bournemouth appealed for a penalty after just eight minutes when Jordan Zemura went down a little too easily under Pedro Neto’s challenge but referee Anthony Taylor wasn’t fooled.

And it was Wolves who came so close to inflicting more misery on the Dorset club that had suffered three defeats in a row. 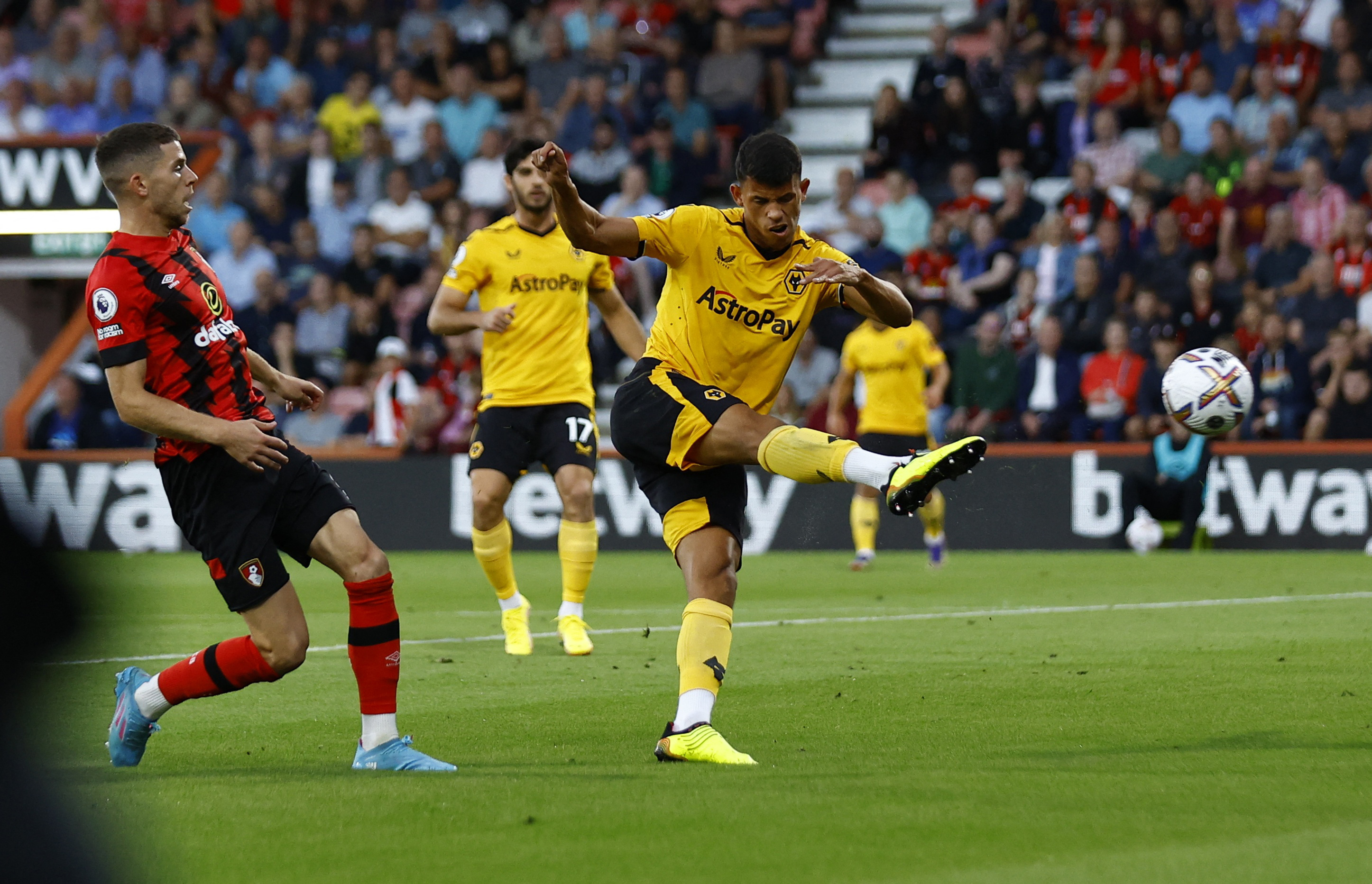 Neither side was able to find a breakthrough in the bore drawCredit: Reuters

Pedro Neto picked out Matheus Nunes whose volley on the turn beat the home goalkeeper hands down and flicked the top of the bar.

Then on 18 minutes a looping header from Raul Jimenez forced Neto to flick the ball over the top.

Neto, in spite of his experience, was no doubt feeling a little ring rusty having only made four first team appearances for Barcelona last season-and one in the EFL Cup for the Cherries.

And the Brazilian Neto was a relieved bystander two minutes later when the Portuguese Neto came so close to sticking one in his net.

The Wolves man hit a 20-yarder which swerved inches wide as the home stopper flew through the night air in hope rather than expectation. 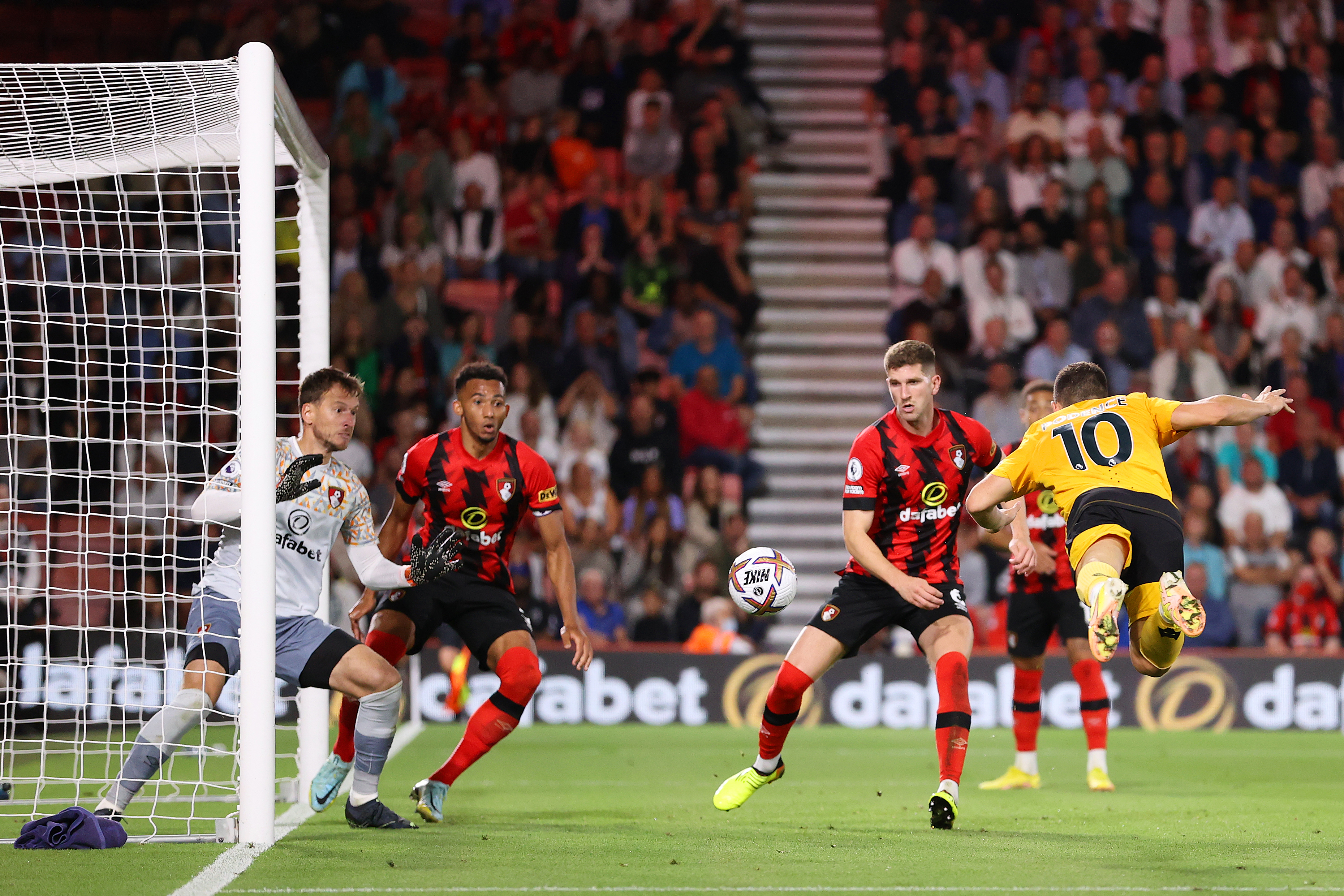 Wolves had the better chances but Bournemouth clung on for a clean sheetCredit: Getty

Lage’s men were moving the ball around with consummate ease but once more their lack of a goal presence was letting them down in the final third.

But that problem will be eased on Saturday against Southampton when they can show-off their new giant £15.4 million striker Sasha Kalajdzic from Stuttgart.

O’Neill must have made an impact in his first half-time team-talk because Bournemouth came out of the traps with real purpose.

Wolves were backpedaling when Billing’s cross picked out Solanke but his header went straight to Jose Sa in the visitors goal.

Adam Smith’s ill-judged foul on the edge of the box on Gonçalo Guedes put the pressure back on the home side but Joao Moutinho”s free-kick was deflected wide by Kelly.

And the visitors suffered again ten minutes from time when Neto saved sub Daniel Podence’s close-range effort with his legs.

Catch up with the action below…