BOURNEMOUTH have joined Brentford in opting against taking the knee before matches.

The Cherries’ promotion rivals decided to scrap the anti-racism gesture last week after explaining they felt it was ‘no longer having an impact.’ 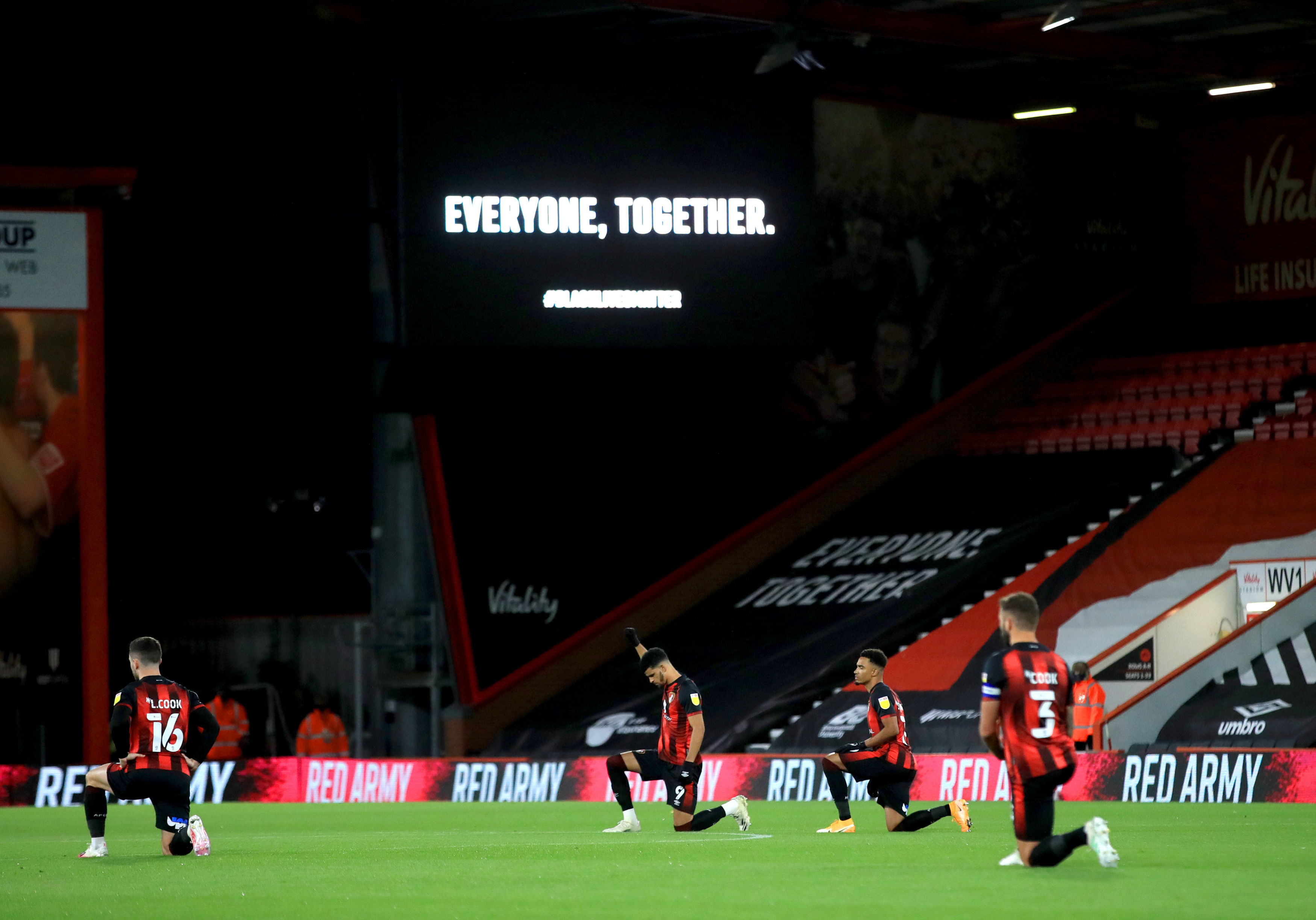 Bournemouth have confirmed they will no longer take the kneeCredit: PA:Press Association

Footballers, managers and officials have taken the knee following the shocking murder of George Floyd in May at the hands of Minneapolis police.

Crystal Palace winger Wilfried Zaha also scrapped the gesture explaining it was ‘degrading’ for black players to have to take the knee to ‘show that we matter’.

Zaha said: “The whole kneeling down? Why must I kneel down for you to show that we matter?

“Why must I even wear Black Lives Matter on the back of my top to show you that we matter? This is all degrading stuff.”

And now Bournemouth have also decided they will be standing from here on out because they say the ‘gesture has run its course.’

A statement from club captain Steve Cook said: “Following discussions between the squad and with senior staff members, we have decided to no longer take the knee before games, starting this weekend against Queens Park Rangers.

“At all levels, this club prides itself on its work around equality, diversity and inclusion and as a group of players we fully embrace this.

“We all strive to ensure that AFC Bournemouth is a club which welcomes anyone, regardless of their race, gender, sexuality or religion.

What is ‘taking a knee’, and how did it start?

Taking the knee began as a protest against the unfair treatment of black Americans. 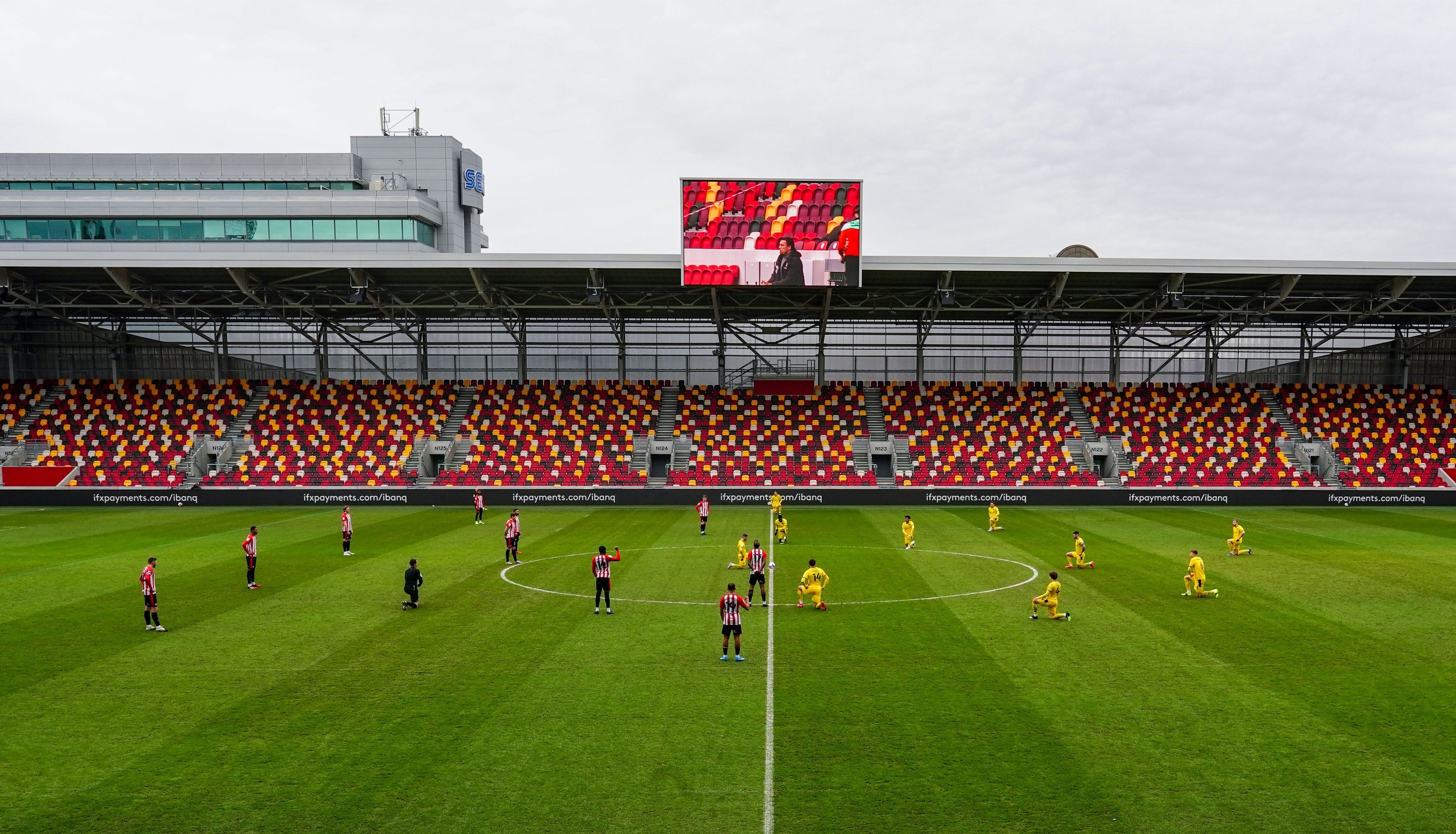 Brentford have opted against taking the knee from now on

“Fighting all forms of discrimination and creating an equal, inclusive society is something that we feel very passionately about.

“But that is defined by much more than a gesture, which we feel has run its course and is no longer having the effect it first did eight months ago.

“Since football restarted last June we have taken the knee before every fixture. Instead, we will now stand before games; just as we stand together with our team mates who have suffered racial abuse and as we stand with anyone who is subjected to any form of discrimination.”

Meanwhile Bournemouth are closing in on the appointment of Arsenal legend Thierry Henry.