PUT AWAY those rotten tomatoes – Daniel Farke and Norwich City have won a Premier League game of football.

The Canaries had already been killed off, pronounced dead. This was an ex-top flight club.

Teemu Pukki celebrates his first half strike as Norwich FINALLY picked up their first win of the seasonCredit: Getty 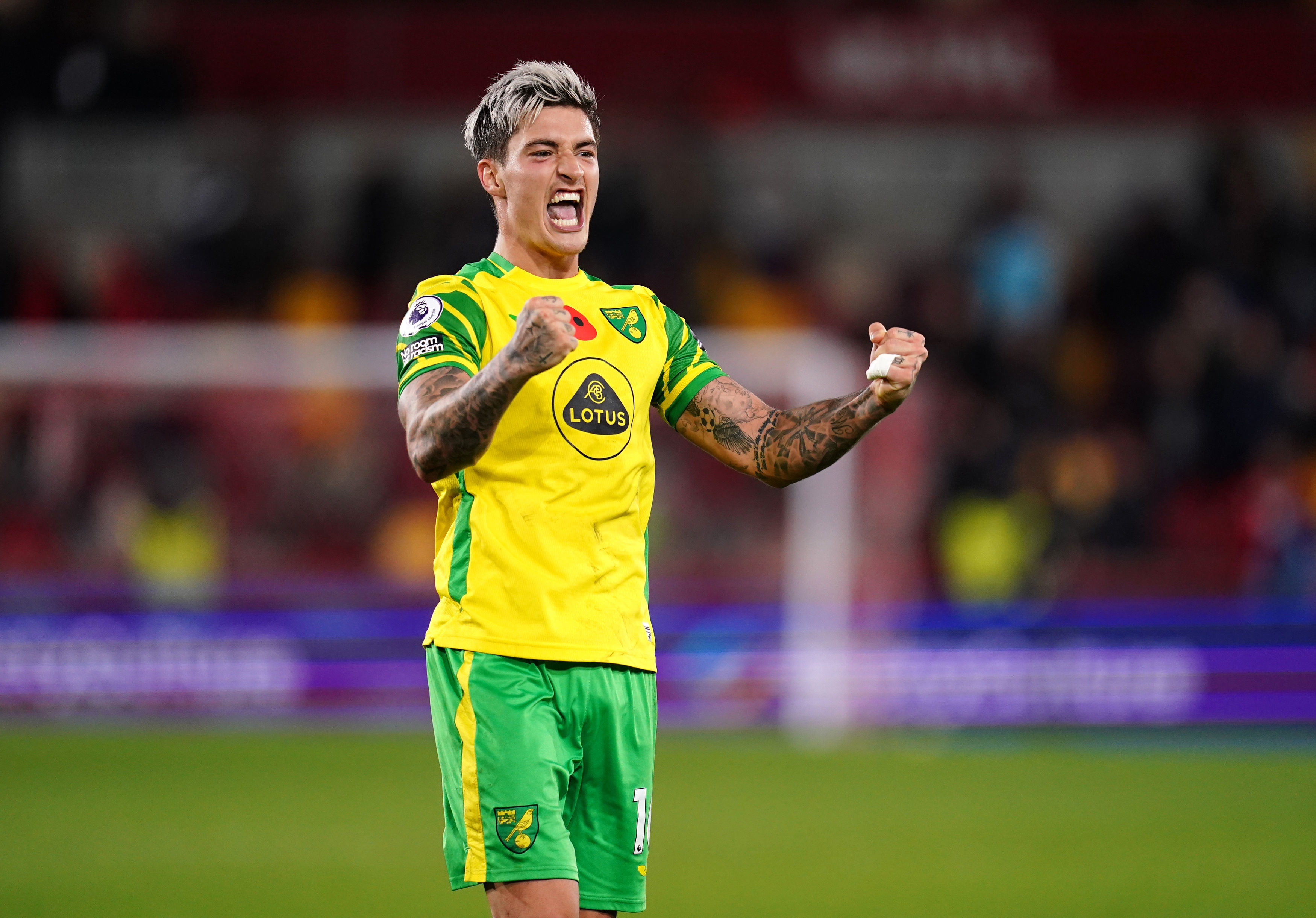 Mathias Normann opened the scoring for Norwich at BrentfordCredit: PA

But maybe, just maybe, there is life in the old bird yet.

Under-fire boss Farke claimed pre-match the criticism for his side’s poor start to the campaign with no wins in 10, two points from 30 and just four goals scored has been unjust.

The German raged: “I was praised when I signed my new contract. Then the rotten tomatoes were thrown.”

But Mathias Normann and Teemu Pukki came to his rescue in west London with first half goals that emphatically ended several unwanted records spanning two top flight seasons – despite Rico Henry halving the deficit on the hour mark.

The picture still looks bleak – five points off safety in 19th – but there is now a glimmer of hope and a heavy 10-match monkey is off their backs. 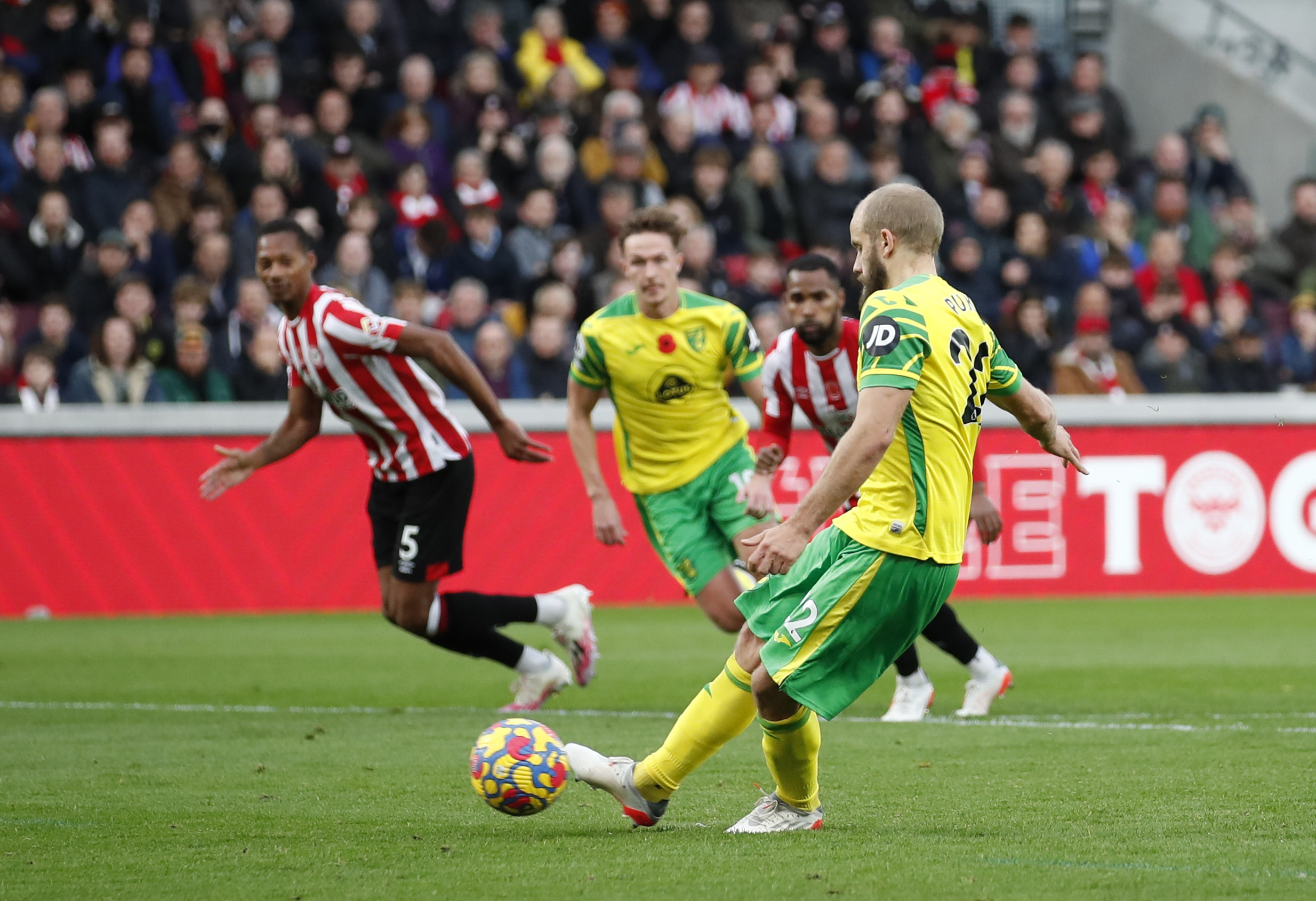 Pukki’s strike from the penalty spot was enough for the Canaries to win 2-1Credit: Reuters

As for Brentford, after a thrilling start to their first top flight season for 74 years, they are putting together a worrying streak of their own.

Four games lost on the bounce, with three on the spin coming at home – the first time that has happened since December 2018.

And with their injury crisis deepening after defender Mathias Jorgensen hobbled off before the break, things look likely to get worse before they improve for Thomas Frank’s Bees.

Despite Norwich’s woeful record heading into this one, a spicy encounter was predicted from the off with the pair forming a rivalry in recent years in the Championship.

The Bees were winless in their last five meetings with the Canaries, but began on the front foot to rectify that as Ivan Toney’s flicked effort from a cross went wide.

But Toney would soon be at fault for Norwich’s opener after just six minutes, failing to clear on the edge of his box straight to Normann. 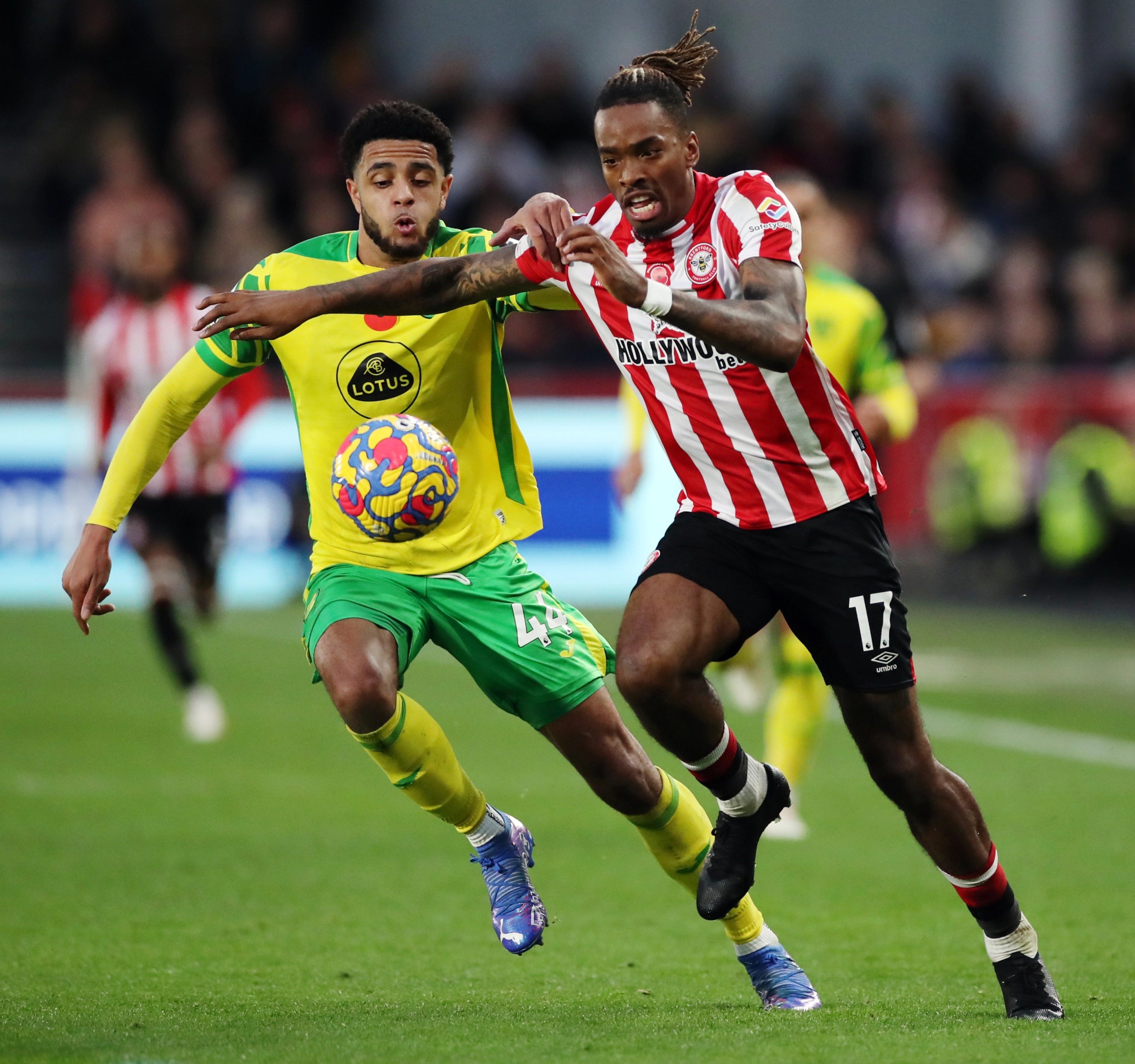 Ivan Toney failed to find the net for BrentfordCredit: Reuters

The Norwegian dribbled around three Brentford players before firing into the bottom corner.

The hosts pushed for an equaliser – Tim Krul making a superb reaction stop at his near post from Christian Norgaard’s close-range poke.

But Norwich found themselves in dreamland just before the half hour mark – Normann playing Pukki through on goal only for sub Charlie Goode – on his Prem debut – to swipe him down.

The Finnish international stepped up and sent Alvaro Fernandez the wrong way – his third goal of the season and second from the spot.

Pukki missed a glorious chance after the break to make it 3-0 – and was almost punished soon after as Bryan Mbeumo’s breakaway goal was ruled out by VAR for offside.

Krul was doing his best to soak up the relentless Brentford attacks as Norwich clicked into desperate defending mode – making another fine stop to deny Sergi Canos from a long throw.

Their resolve finally broke in the 60th minute – Henry sliding in unmarked to convert Saman Ghoddos’ superb cross to the far post. 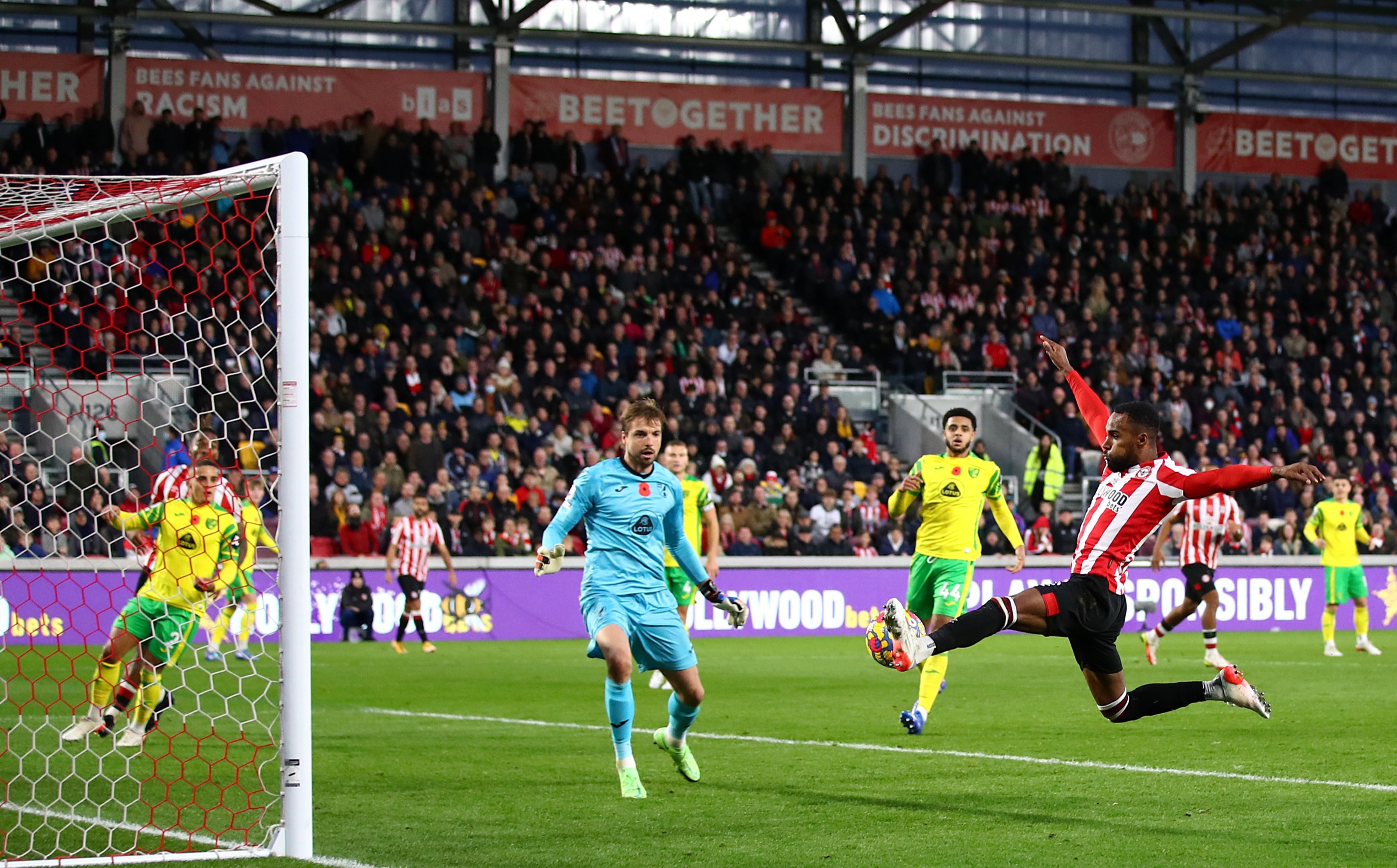 Rico Henry’s second half goal set up a tense finish

But Farke’s men pulled out every time-wasting trick in the book to see this nerve-jangling one out.

November 23, 2019 at Goodison Park – the result also 2-0. That’s the last time these Norwich fans were celebrating a Prem win in an away end.

The celebrations at full-time were raucous – on and off the pitch.

And not a tomato in sight, for now.