WHEN Max Watters completed his £1million move to Cardiff from Crawley at the weekend it was another triumph for John Yems.

The Crawley boss knows a good player when he sees one – having recruited Callum Wilson from Coventry and Matt Ritchie from Swindon while in charge of recruitment at Bournemouth. 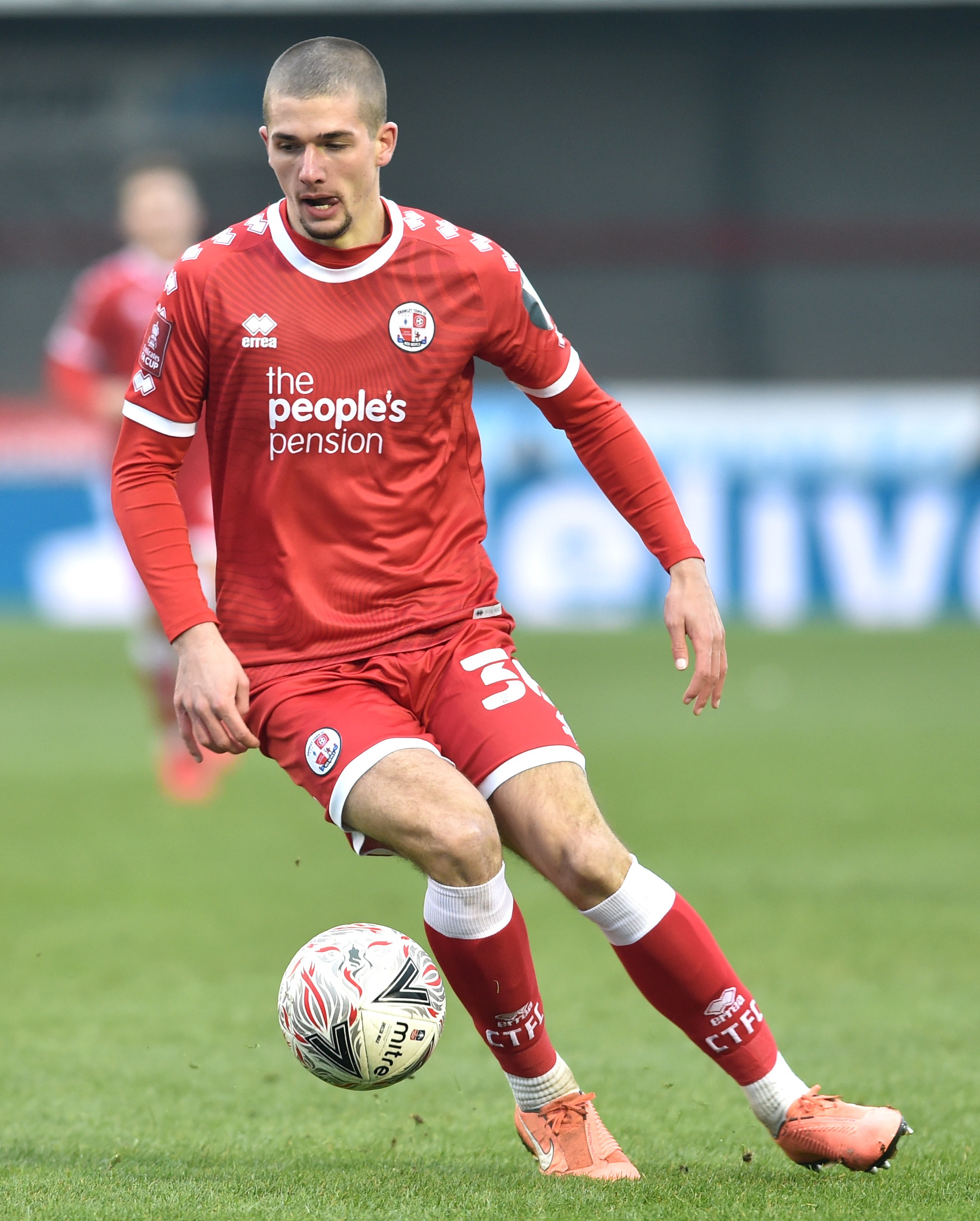 And Yems is certain his latest big find will soon be in the Premier League.

Watters, 21, was released by Doncaster in the summer and training at Maidstone hoping he might earn a contract at the National League South club.

But Yems was so impressed with the striker during a pre-season friendly that he invited him in for a trial and swiftly told Crawley to snap him up.

He said: “Max is definitely good enough. He’s mature, his game is adaptable to the Premier League and he has that instinct where the back of the net is. I’m not going over the top on this.

“He needs work like everyone does but he has a great heart and desire, has a good family behind him and he wants to do it.

“Max wants to test himself at the highest level. I’ve no doubt he’s going to be a great player.”

Yems was treated badly by the Cherries when they made him redundant in 2018 and their loss has certainly turned out to be Crawley’s gain.

It was written in the FA Cup stars that the two would be drawn together in the fourth round after the Sussex club stunned Leeds.

The Cherries claimed they could not AFFORD his £45,000-a-year wages – despite the fact he made the club at least a whopping £30MILLION in transfer profits.

Yems had joined when they were in League One and in his time there played a big part in bringing Eddie Howe and Jason Tindall back from Burnley.

Wilson was sold to Newcastle for £20m in September, Ritchie also went to St James’ Park for £12m while O’Kane was sold for an undisclosed profit to Leeds.

After suffering a mental breakdown and bouts of depression, Yems got himself back into the game with Crawley – becoming an EFL manager for the first time at the age of SIXTY. 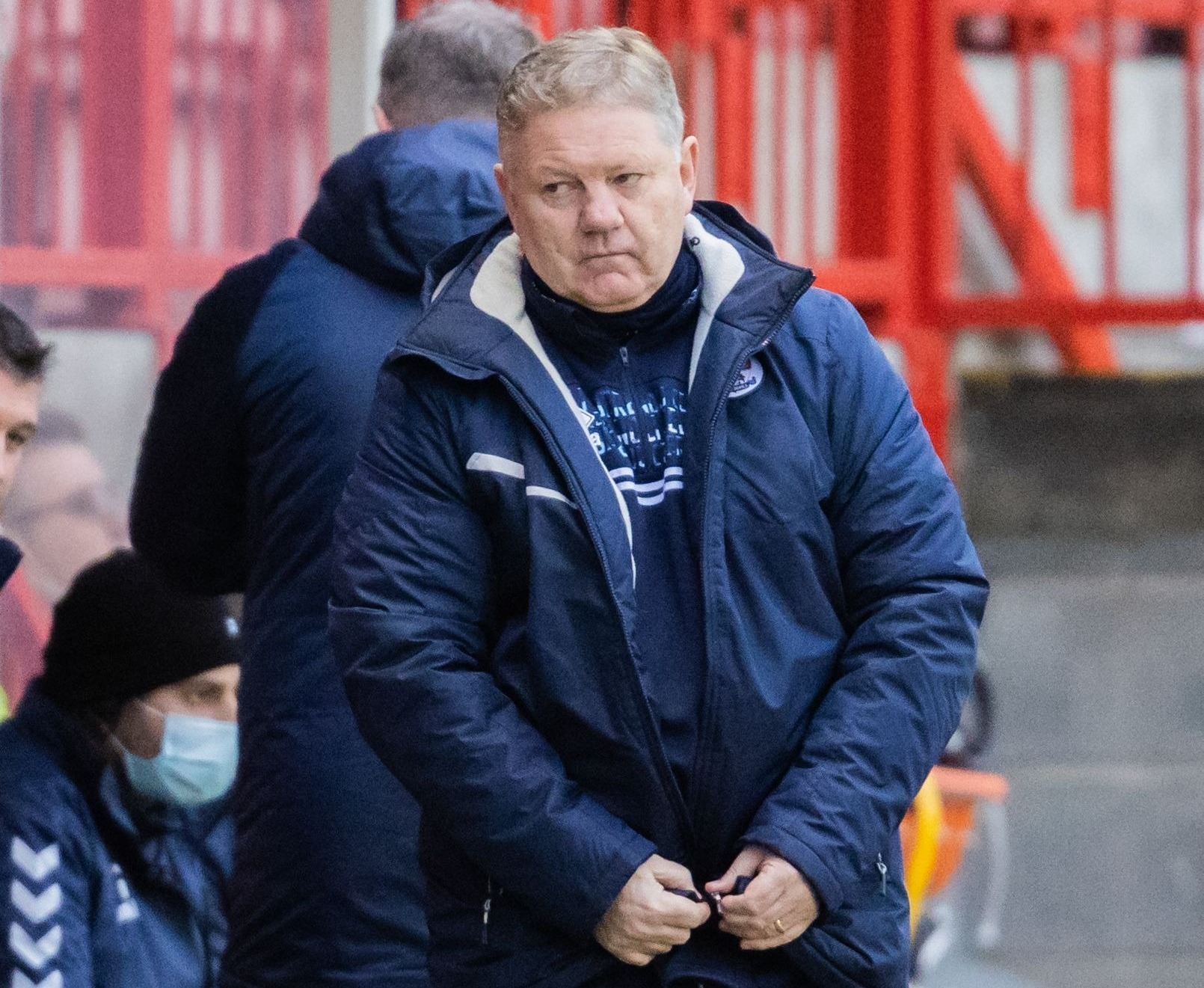 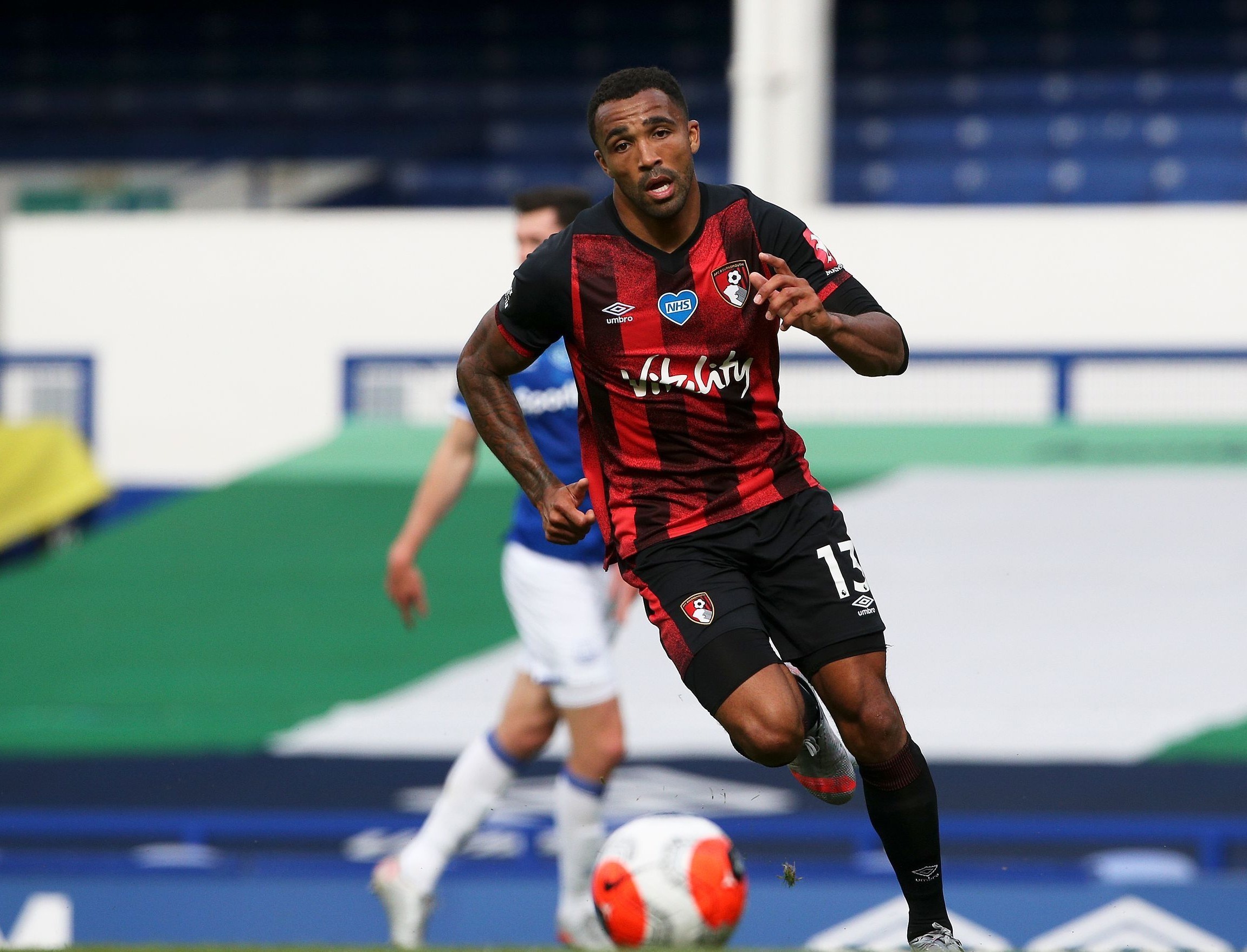 He said: “I like players who are hard working and good characters. They’ve got to want to improve and to do it for themselves.

“They used to have that at Bournemouth – people like Tommy Elphicke, who got them promoted to the Premier League in my opinion. He’s the best captain I’ve seen.”

His assistant and former Bournemouth boss Lee Bradbury – who was in charge in between Howe’s two managerial spells – was responsible for signing Steve Cook, Charlie Daniels, Adam Smith and Dan Gosling.

Yems said: “They used to be good days at Bournemouth in the lower leagues but once we got into the Premier League it wasn’t the same.”

But with Crawley punching above their weight in the League Two play-off picture with the FA Cup, Yems is enjoying football once again.

And Crawley – with a million in the bank – are smiling too.

Hilton looking to Shake it all up with Bury

GOOD luck to David Hilton who has a deal in place to rescue Bury FC.

The Shakers – expelled from the EFL in September 2019 – are still alive, still own Gigg Lane and have a chance to be placed in the National League North next season if they can get their act together.

Nottingham-based businessman Hilton, 43, who has been an investor at eighth-tier club Ilkeston, had agreed a deal with current owner Steve Dale – which is now being thrashed out by lawyers.

Bury FC, who are currently in administration, must make an application to the FA to be placed into a league by February 1 – and, because the Shakers have not been liquidated and were members of the EFL, football’s governing body can place them into the National League as they are not a phoenix club.

But I understand from FA sources that the sixth-tier National North would be the most likely division for Bury to re-enter where their vacant gap has fallen.

Hilton has agreed to pay off all football creditors and satisfy a CVA once approved.

Because of the financial impact caused by Covid to football, the Shakers will be well placed to pick up out-of-work players in the Manchester area.

Bury fans have had so many false dawns and I’m sure everyone who loves football will be keeping our fingers crossed for them in the coming weeks and months.

What a great story it would be to see Bury FC back next season at Gigg Lane.

MACKLIN DOHERTY was out of work, claiming Universal Credit and disillusioned.

That was until football came to the rescue.

Once again EFL clubs have stepped to the plate during this grimmest of winters to shine a light on their importance to local communities.

This time 65 clubs have given 500 young people jobs as part of the government’s Kickstart scheme.

Open to 16 to 24-year-olds who are claiming Universal Credit, it provides up to 25-hours-a-week fully-funded subsidised minimum wage employment for six months.

So many young people have lost their jobs because of coronavirus or found opportunities non-existent with companies shying away from recruiting.

Macklin, 23, has just been taken on by Championship club Luton Town to work for their community trust, honing his skills as a graphic designer.

The youngster – who graduated from university in 2019 – was growing disillusioned after a string of set-backs. 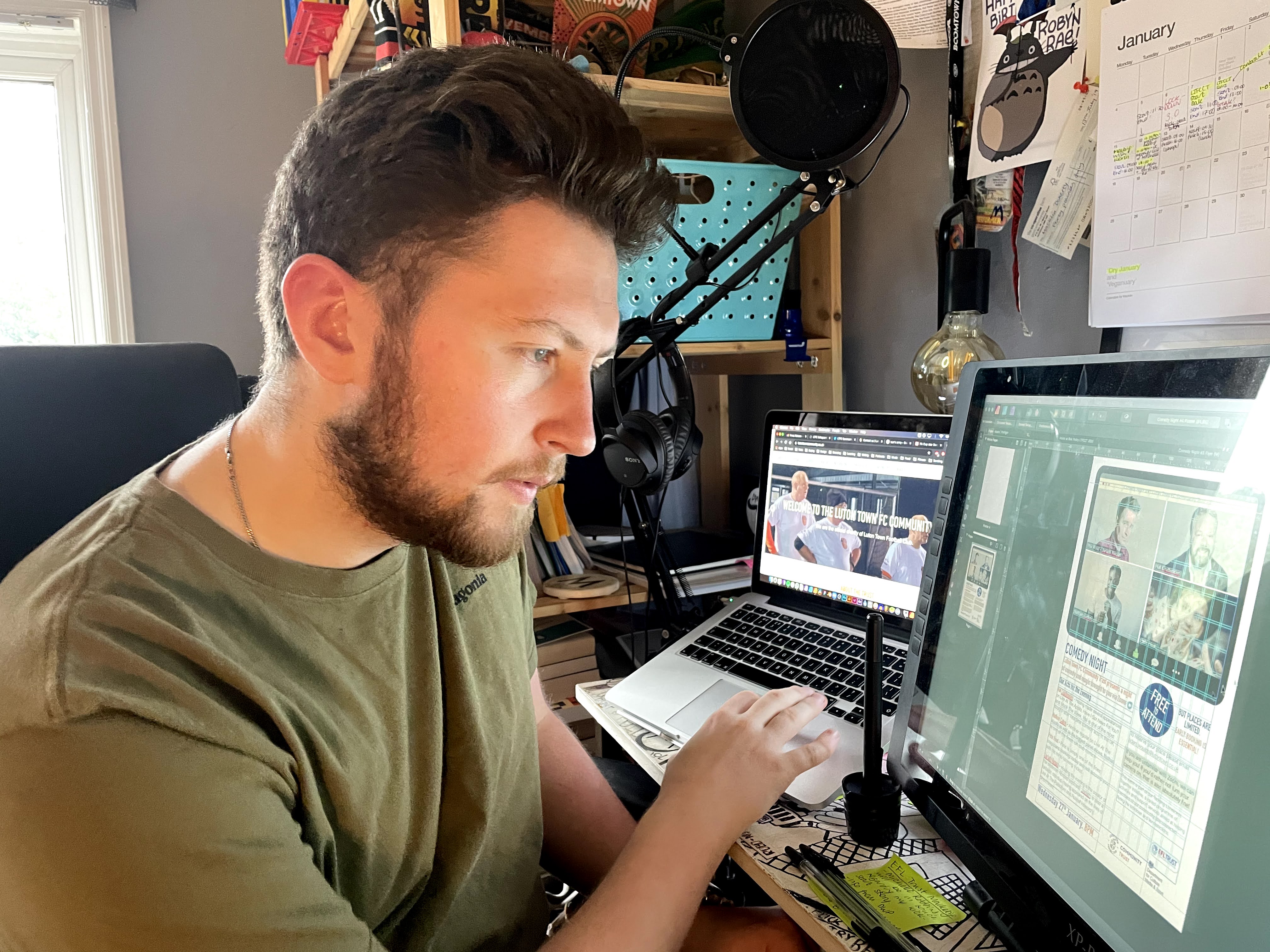 He was set to be recruited as a graduate graphic designer last year – designing sports kits for schools and universities.

But they all closed due to the pandemic and the company puts the brakes on recruitment.

So Macklin went on to Universal Credit and decided to go for training opportunities so he could at least develop his skills while the jobs market was virtually dead.

He told me: “From last May to December, I sent off 17 applications and didn’t receive any feedback from a single one so it was getting disheartening.

“But Luton got back to me within 15 days and I had positive conversations with head of the trust Kevin Thoburn and business manager Adam Woulds, they offered me a job.

“It’s great to wake up in the morning knowing I’ve got work and this scheme is awesome in getting people on the jobs ladder.”

After six months, clubs can offer those who impress jobs – but, at the very least, young people will have gained much-needed experience ahead of going for future opportunities.

League One club Portsmouth have just offered someone a job in their media department – with another set to also join shortly.

It’s great to wake up in the morning knowing I’ve got work and this scheme is awesome in getting people on the jobs ladder.”

Chief executive Mark Catlin said: “The more football clubs can do to give people opportunities – with the funding from the government – it’s a win, win for everybody.

“This is perfect for those trying to get a foothold into the football industry and gives us an opportunity to look at young talent. We get inundated with requests from youngsters to do voluntary work for us but this is a paid position targeted at those on low incomes.”

Football has received a battering as various stages of the pandemic – most recently because of some high-profile footballers breaking Covid rules or celebrating goals together, despite the fact they have all tested negative for the disease and are in bubbles.

And Catlin said: “There have been a lot of cheap shots aimed at footballers – whether it be for the salaries earned or for breaking Covid rules.

“If you look at the pandemic more generally, these are people who have failings like anyone else.

“The number of people who break rules is a minority – just like it is across all other walks of life.

“It’s not representative of people I know in football who are not on huge sums of money and are decent people trying to do the right thing.

“Guess what Portsmouth players were doing during the height of the first lockdown? Delivering food for the most vulnerable and helping our community.”