KELLY CHAMBERS is backing Natasha Dowie to hit top form after the striker came close to bagging a WSL Player of the Month prize.

And the Reading boss, 35, reckons Chelsea are a ‘frightening’ prospect with her side due to face the Blues at home later.

The Royals, who are eighth, have won three of their last four games in the league after a poor run of five losses on the bounce at the start of the season.

Chambers, who won November’s WSL Manager of the Month award said: “We highlighted last month as being a big window for us to pick up points and we put pressure on ourselves to do that.

“When you look at the table and the fact the league is so wide open – apart from Arsenal and Chelsea at the top – that’s what makes it one of the best leagues in the world.

“And If we can get points now going into Christmas then it only does good going up into the table.”

The former Watford, Fulham, Charlton, Everton and Liverpool striker has made six league appearances so far this term.

And Chambers wants the forward, who sealed a move to England from AC Milan in the summer to ramp things up in attack.

“She had a great November. It’s just a case of her building up confidence back in this league and I think there is more to come from her.”

Reading’s recent run of five wins from six across all competitions is a far cry from disappointing results in September that left them languishing near the drop zone.

But Chambers revealed she had no fear of facing the chop during a season in which Everton, Birmingham and Leicester sacked their managers.

“There wasn’t ever a time I was looking over my shoulder thinking, ‘what’s going to happen to me?’

“When we got to November, we felt this is our time now and it has to be our time.

“If it was not going to be then we’re going to be fighting at the wrong end of the table.

“And none of us in here wanted that, not players, staff, nobody, so for us to change that around and pick up points, we saw November being a period that we could do that.”

And it would put them just two points behind Brighton, who are third and occupying a Champions League qualifying spot. 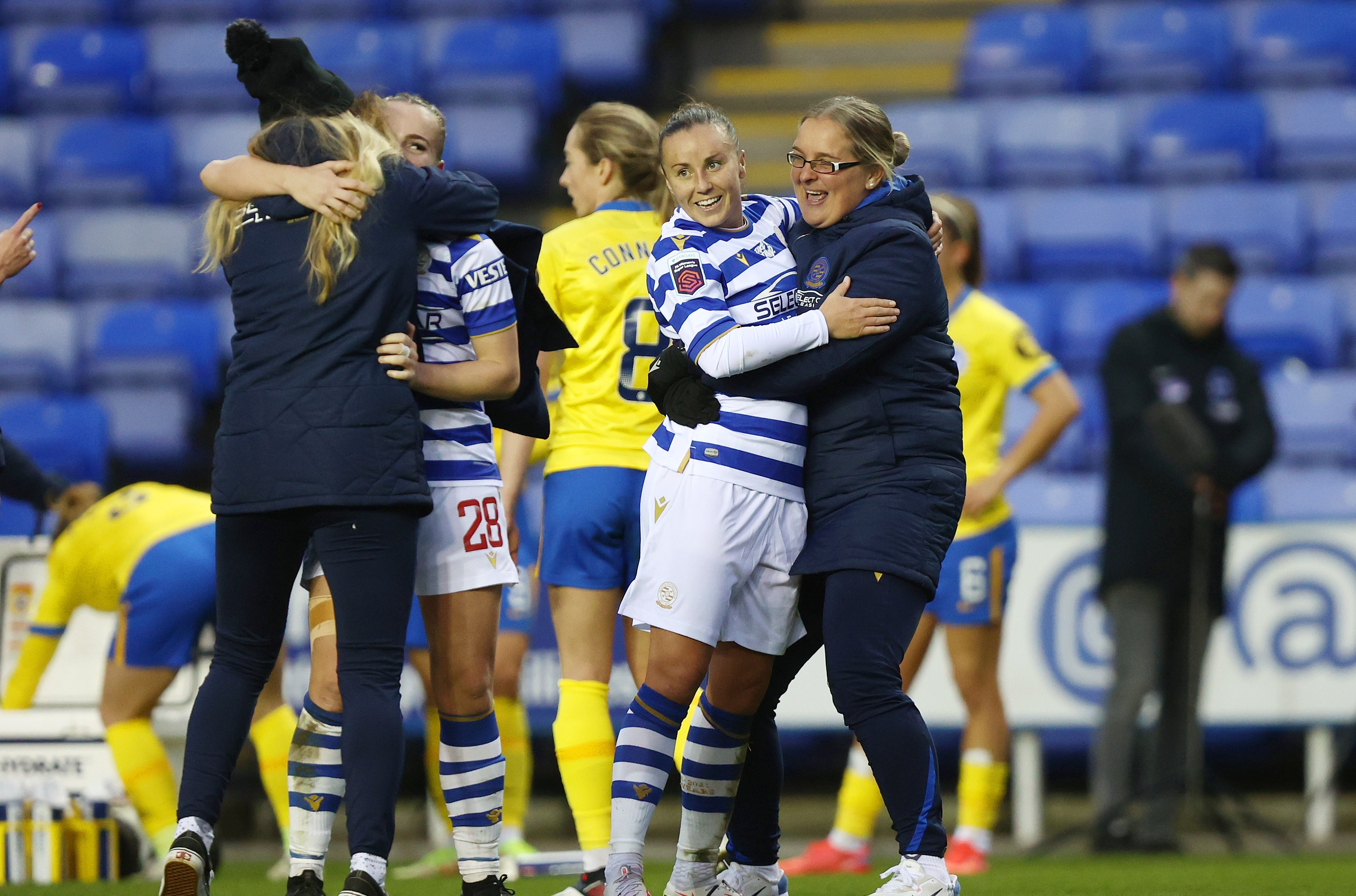 Reading are yet to beat Chelsea in the Women’s Super LeagueCredit: Getty

But the Royals are yet to beat Chelsea in the league having lost eight of their previous 10 games against the FA Cup winners.

Chambers added: “With the squad quality they’ve got they could rotate in a second 11 on the pitch and they’d all be internationals.

“They’ve got some big games next week to go to, so I know there’ll be conscious of that and we’ve got to play our best at the moment.

“I feel we’ve done really well in training this week, but we’ve got to put in a top performance to try and get anything out of the game.”