FRANK LAMPARD lasted 18 months at Chelsea – but a banner in his honour looks to have survived just ONE game.

In support of Lampard, supporters’ group We Are The Shed raised £1,000 at short notice to unveil a 15m x 1.5m banner that reads ‘In Frank We Trust. Then. Now. Forever’. 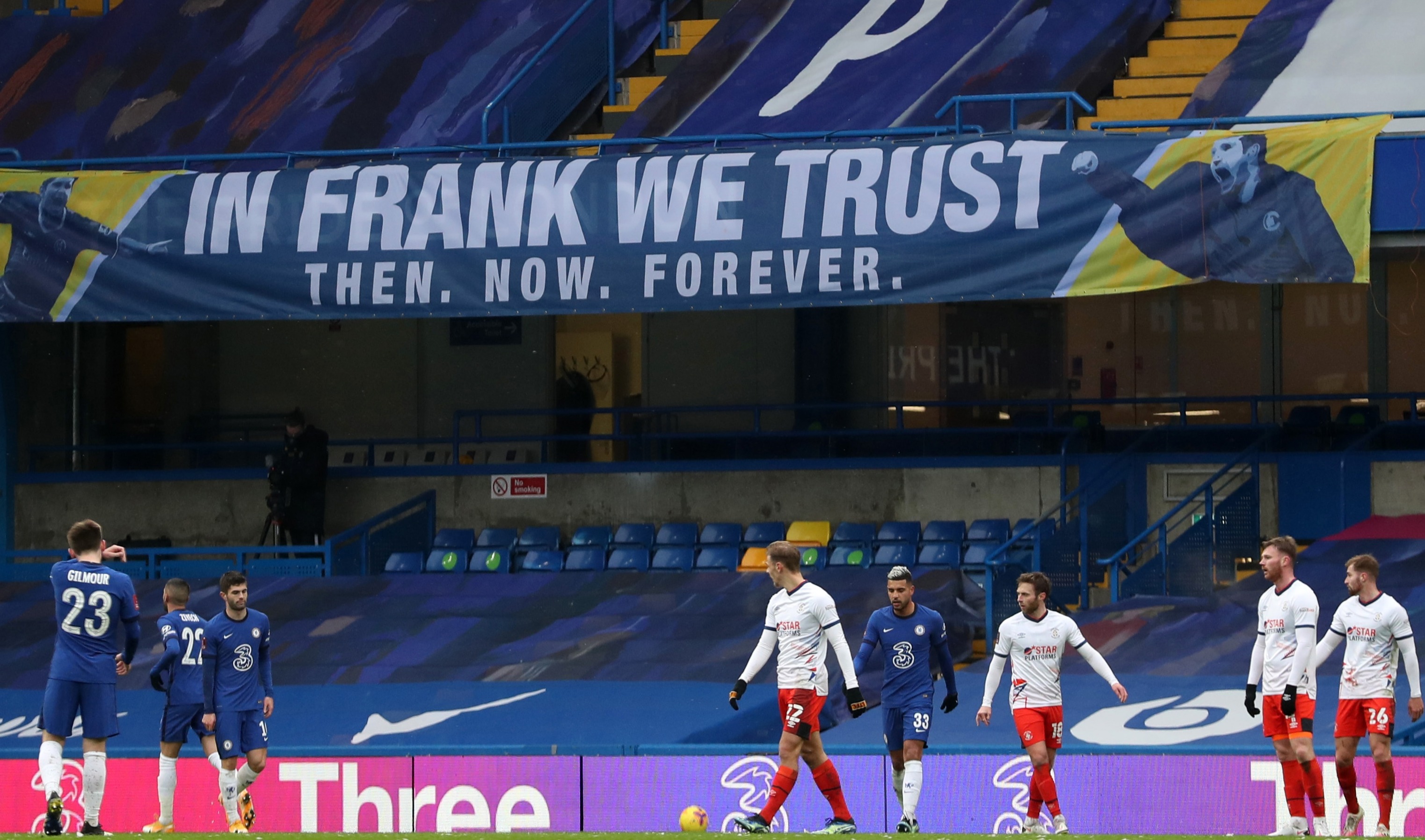 Chelsea fans unveiled a banner in tribute to Frank Lampard on Sunday – but it proved to be his last match in chargeCredit: Getty Images

It made its Stamford Bridge debut in the 3-1 FA Cup victory over Luton on Sunday, which proved to be Lampard’s last as boss after getting the axe on Monday.

And in the aftermath, supporters’ group co-creator Alex Burke has revealed:

Following Chelsea’s 3-1 home loss to Manchester City earlier this month, an idea of unveiling a new banner was suggested in the WATS WhatsApp group.

The plan was to have it in place for the FA Cup third round clash with Morecambe, but it ended up being put up a few days later. 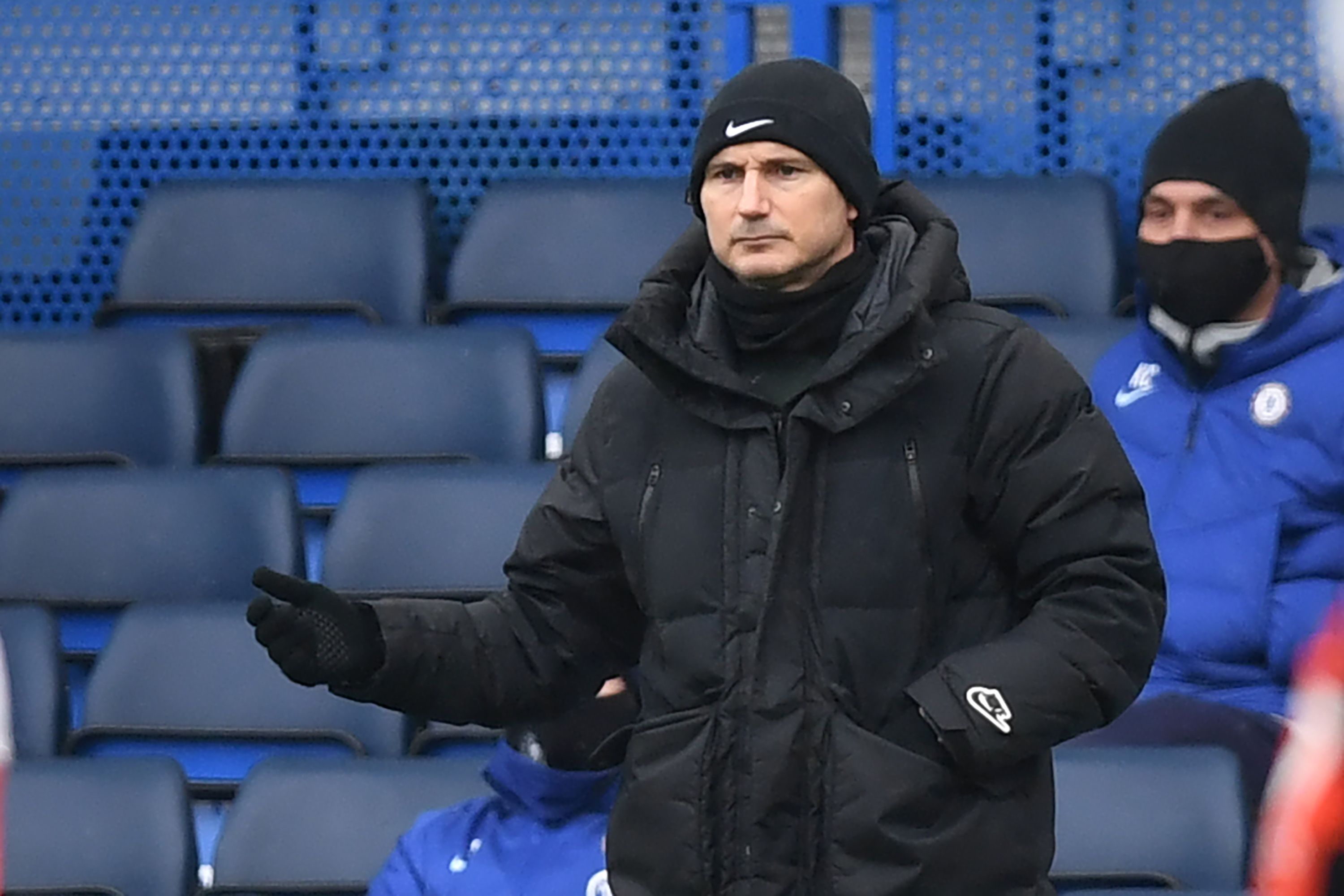 Burke said: “We are thankful we had one game where the banner was on show. We will ask to keep it up but I am not sure what the club will say.

“Of the £1000 needed about 75 per cent was raised by our group, with the other 25 per cent through social media.

“Any excess donations went to Reece James’ charity, which Lampard himself ended up donating to as well. That just sums up the man he was and the connection he had with us.

“It just feels like a slap in the face. As a group we were hoping that the fact they even allowed the banner in meant they would be backing Frank, but that wasn’t the case.” 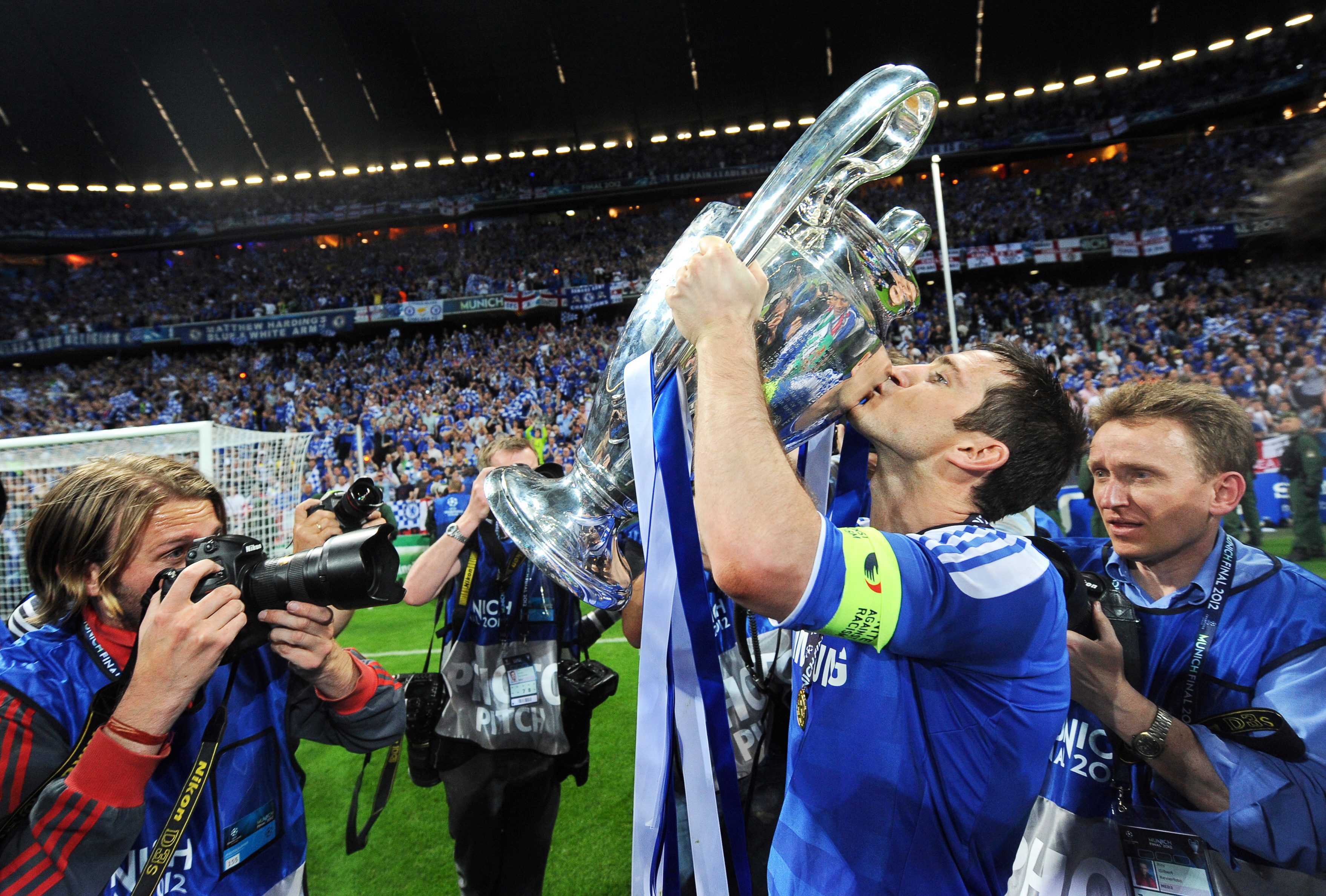 The former midfielder will always be a club legend for his playing daysCredit: EPA

Burke continued: “We will still support Tuchel when he comes in. Our anger isn’t at him. It is at the board.

“We feel powerless, and we cannot be there to back Frank at the minute. We know full well that if we were there, 90 per cent, if not 100 per cent of the fans would be singing his name.

“It’s kind of a coward’s way out for the club. There are no fans there to protest it.

“I can assure you that if fans were able to be at the game, we would have been putting something together for the Wolves game, a protest or demonstration or both.”

For Burke and the majority of the Chelsea fans, the bond and the connection they felt with Lampard was unlike anything they had experienced with a manager in almost two decades.

Burke explains: “It is the first time in ages we had a proper identity. Now, we are back to the merry-go-round of faceless managers with no connection.

“We have been in direct contact with Lampard over the last few weeks. He got in touch personally over his appreciation of the banner.

“I can’t think of many other managers who would have that connection with their fan base. I am thankful he understands the support the true fans still have for him.

“But right now, it is embarrassing. I have never felt this distance from Chelsea before.

“We thought that we would have a period of building towards something and having an identity. This was the last chance to be different, but that’s not how the board feel.”

Frank Lampard sacked by Chelsea after horror run, with Thomas Tuchel favourite to replace him