CHELSEA’S forgotten man Ruben Loftus-Cheek featured heavily in the Blues’ training session on Tuesday as he targets a recall under Thomas Tuchel.

Loftus-Cheek was at Fulham last term where he endured a difficult campaign, scoring just once as the Whites were relegated.

Ruben Loftus-Cheek was front and centre of Chelsea’s pre-season training session at Cobham on TuesdayCredit: Getty 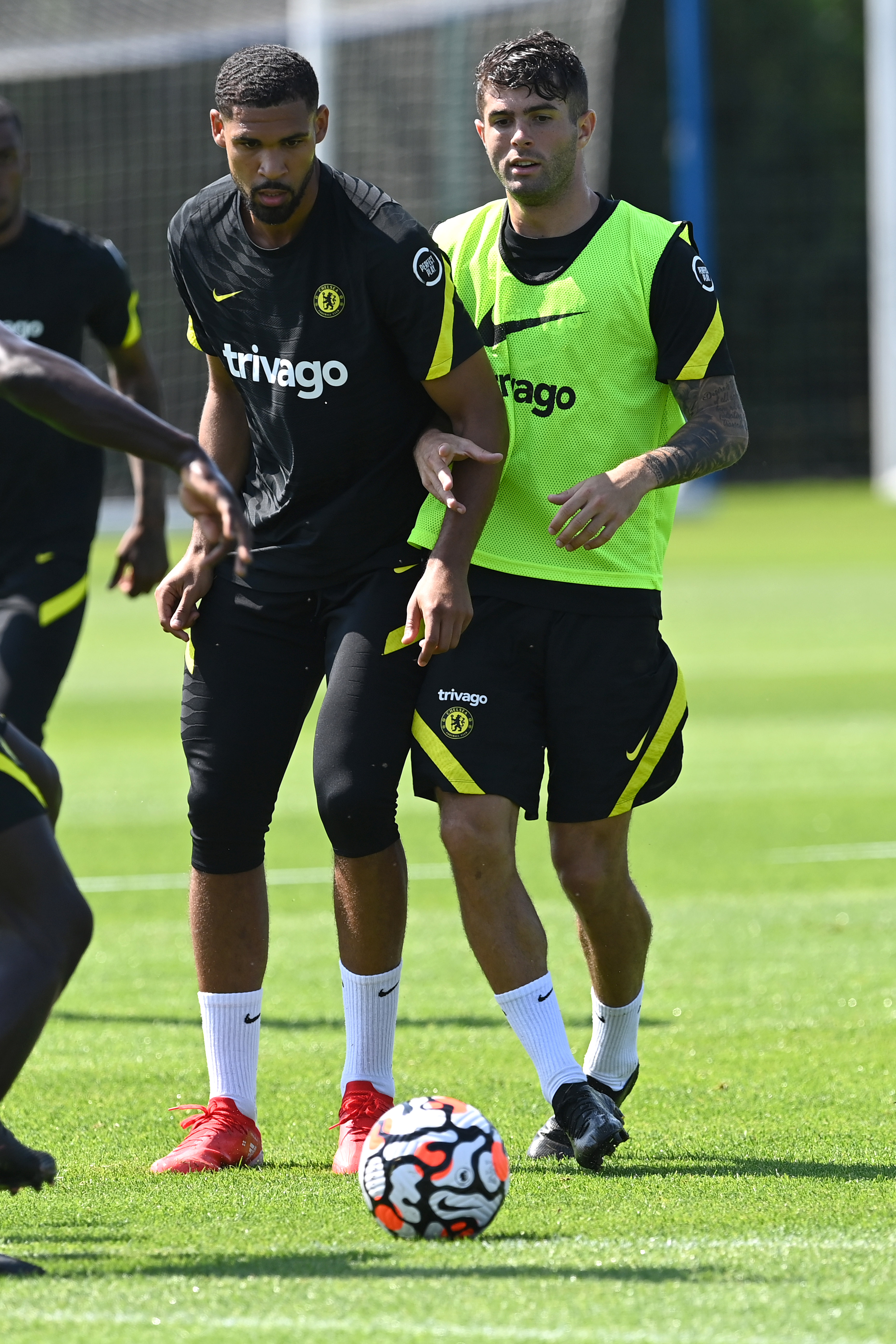 The midfielder is looking for another shot at the Blues under Thomas TuchelCredit: Getty 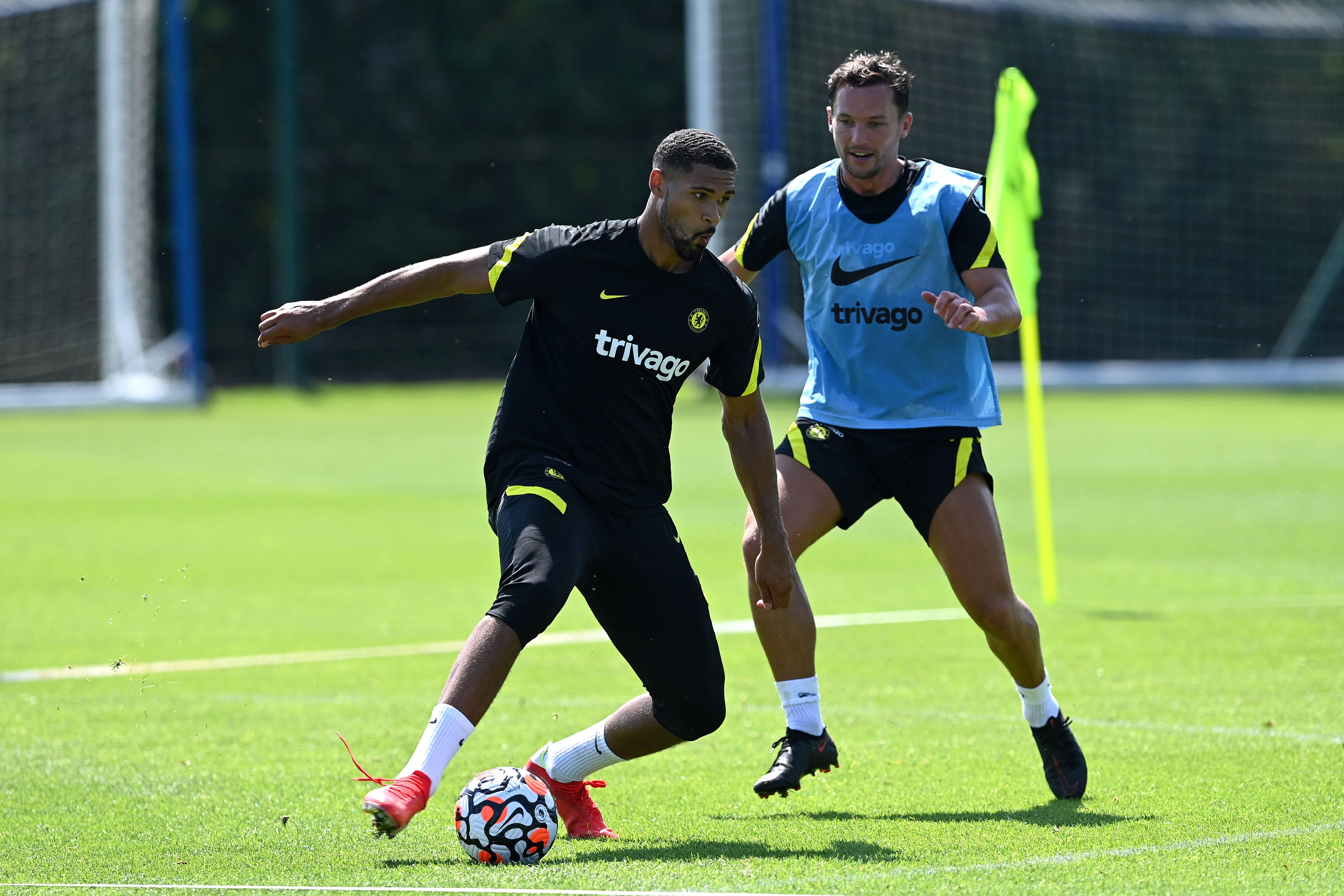 A bad heel injury ended Loftus-Cheek‘s 2018-19 campaign before the Europa League final win over Arsenal, after a career-high 40 appearances during the season.

And his opportunities at the Blues have been limited since.

The 25-year-old midfielder has recently been liked with a move to Italy to jump-start his career.

Ex-Blues boss Maurizio Sarri was said to be interested in bringing him to Lazio.

And last month it was rumoured Chelsea wanted to add him to a five-player package swap for Inter Milan star Achraf Hakimi.

Danny Drinkwater was also pictured during Tuesday’s session as he looks to revive his career.

The forgotten man spent the second half of last season on loan at Kasimpasa but is back in London fighting for his future despite not playing competitively for Chelsea for three years. 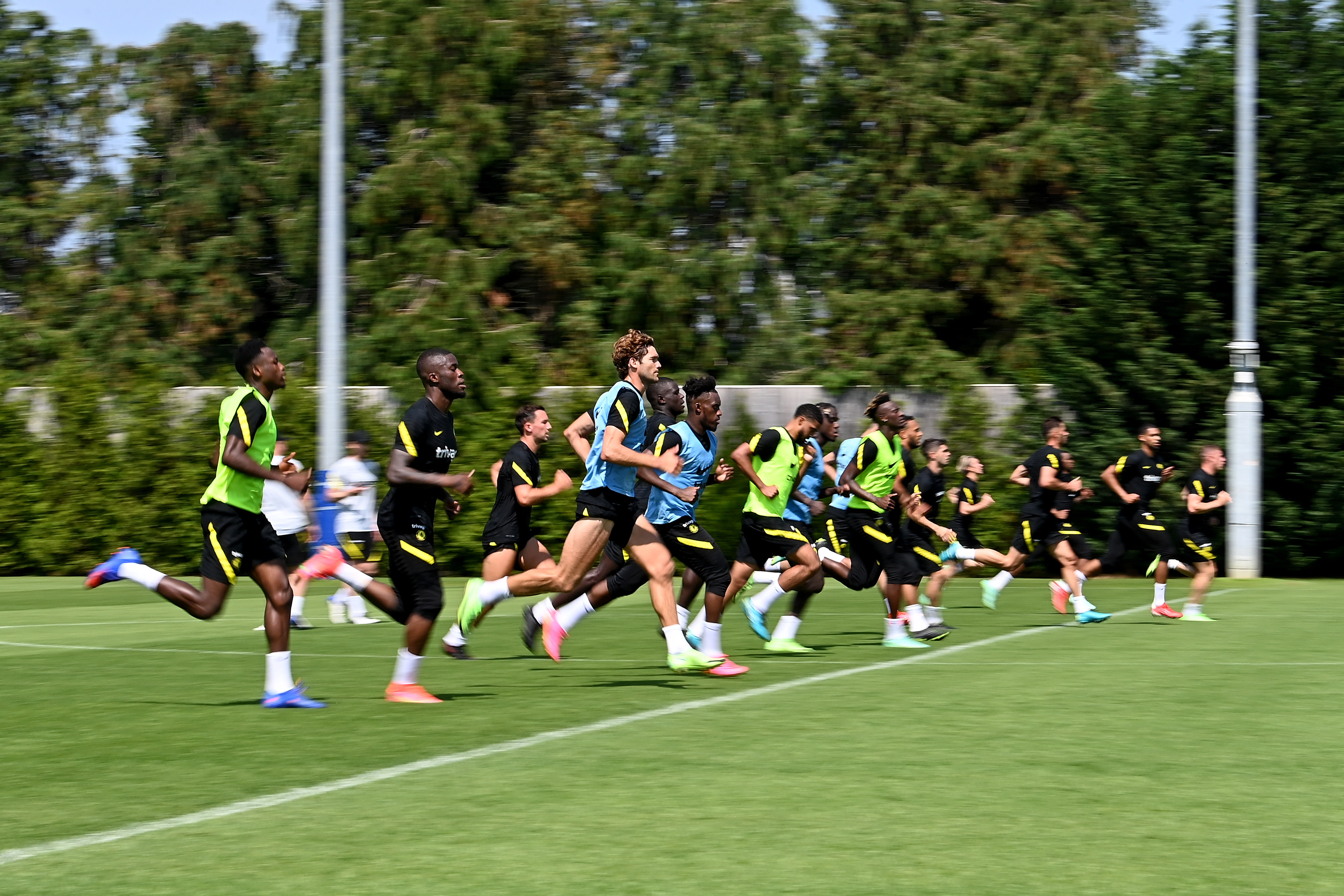 The squad were put through their paces ahead of the new seasonCredit: Getty 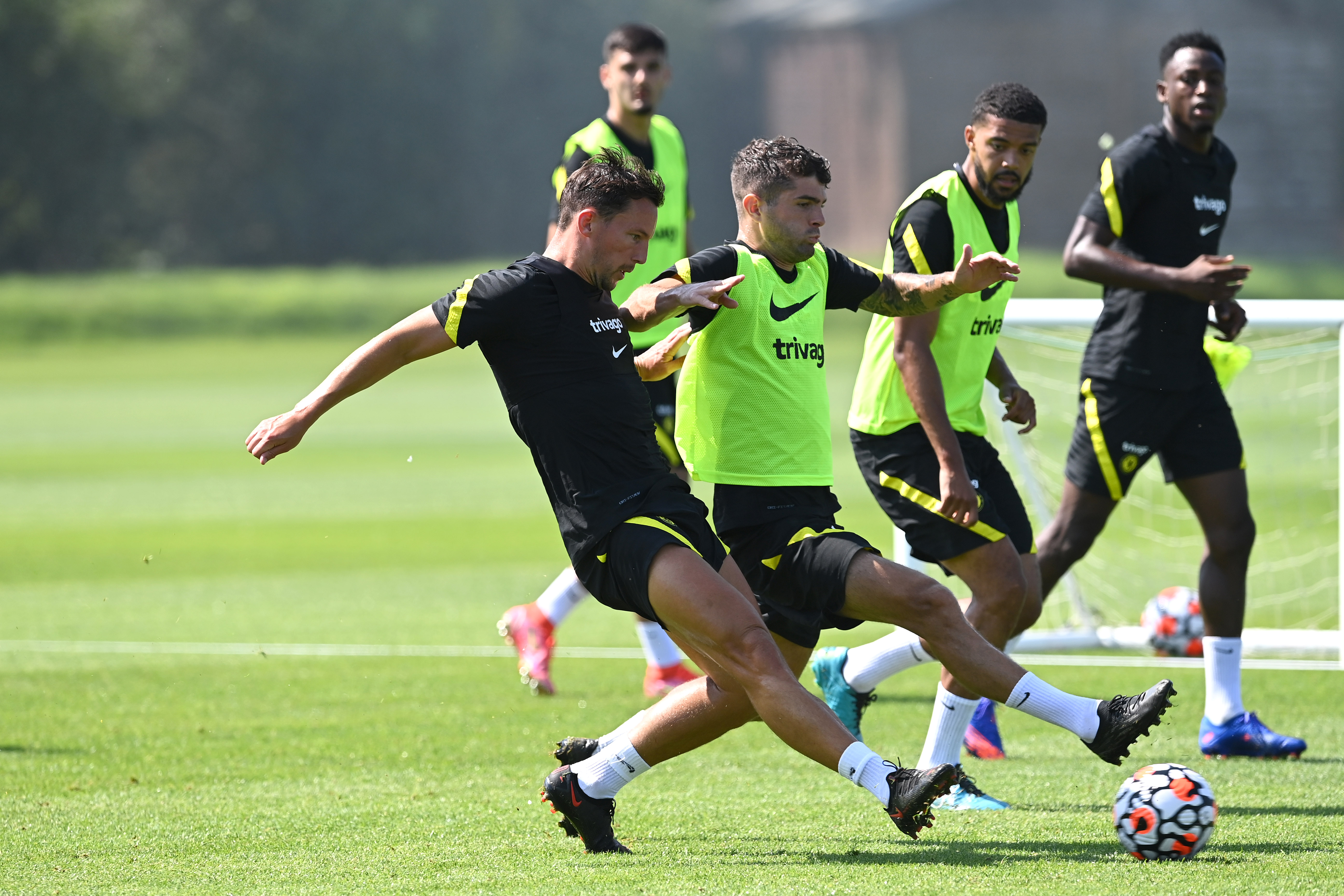 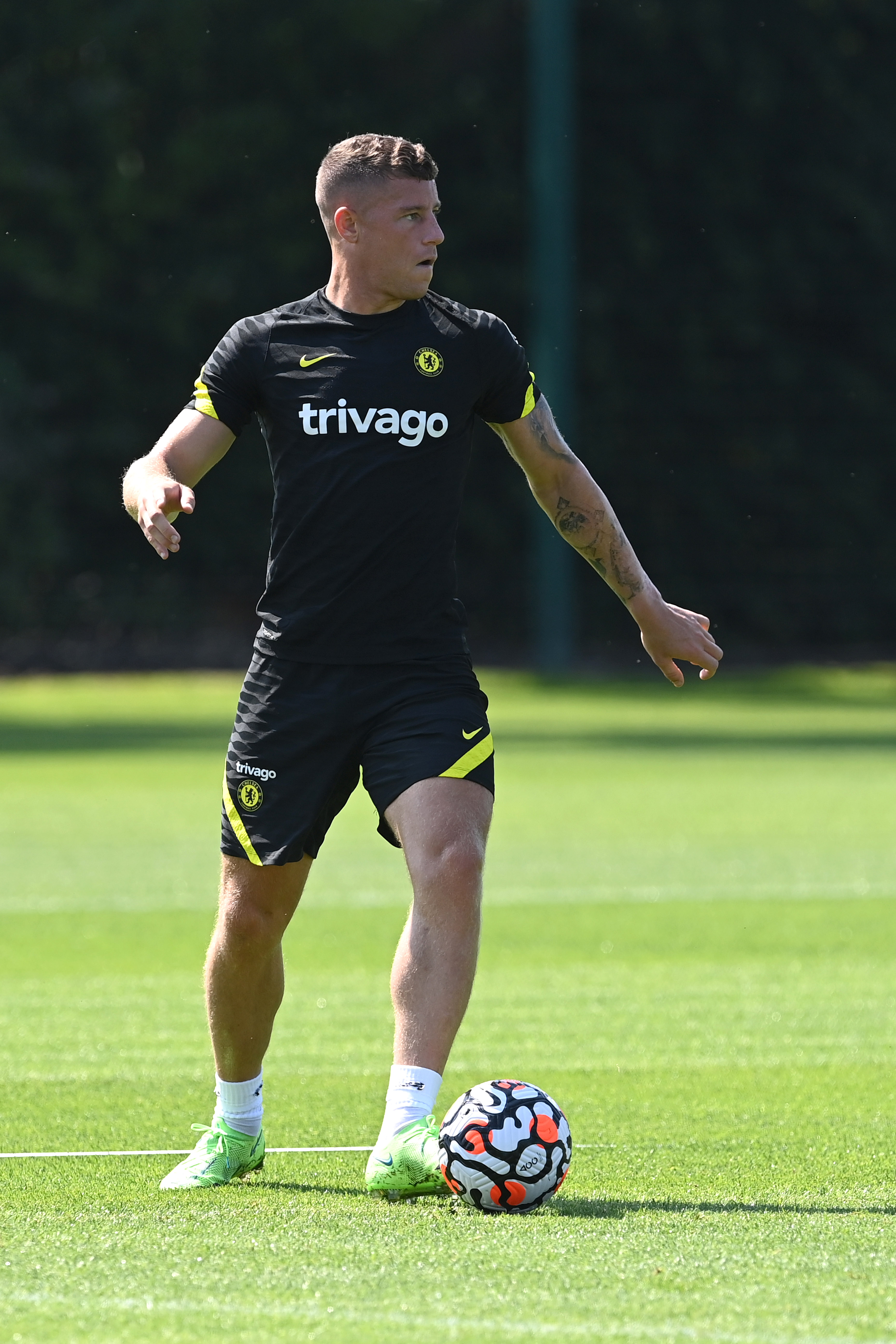 Ross Barkley has also returned to the club after his loan spell at Aston VillaCredit: Getty 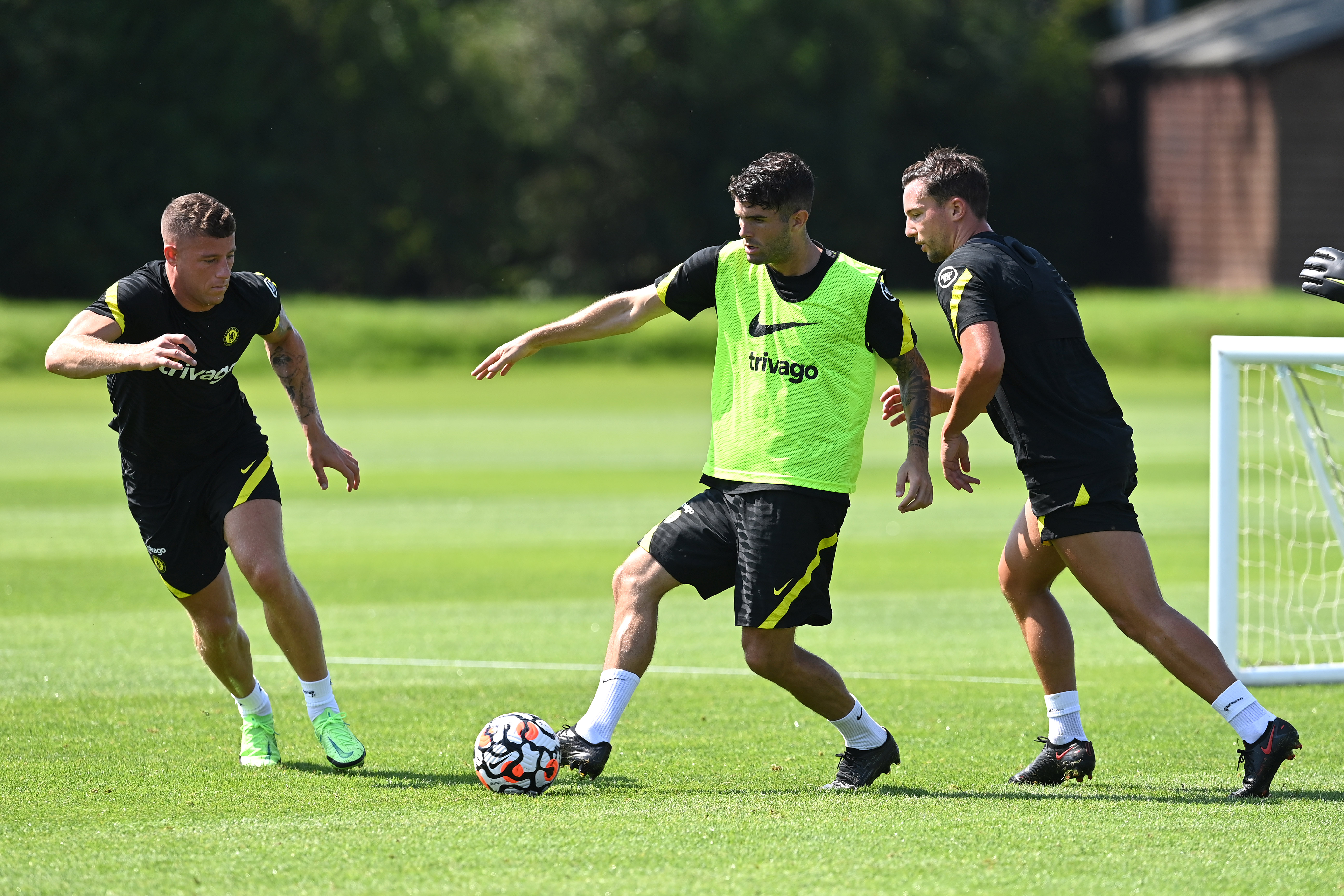 Chelsea’s players are all trying to show they are worthy of a place in the squad next seasonCredit: Getty

Drinkwater, 31, played 11 times for Turkish outfit Kasimpasa after joining on loan in January.

He didn’t score or assist any goals and is unlikely to feature in Chelsea’s squad once the Premier League has started and Tuchel has his full quota of players available.

Drinkwater – who has not played a competitive Chelsea game since 2018 – recently said he hopes to rediscover his love for football and thinks he can break into the Blues’ first team.

The midfielder joined Chelsea a year after winning the Premier League with Leicester but the £35million switch has not gone to plan.

Drinkwater has only made 23 appearances for Chelsea, almost all of which came under Antonio Conte in an injury-hit debut season.

The Blues welcomed back 15 of their loan army at the beginning of this month.

That group included Ross Barkley who returned from Aston Villa.

And the 27-year-old was seen alongside first-team stars like Tammy Abraham, Marcos Alonso and Christian Pulisic on Tuesday.