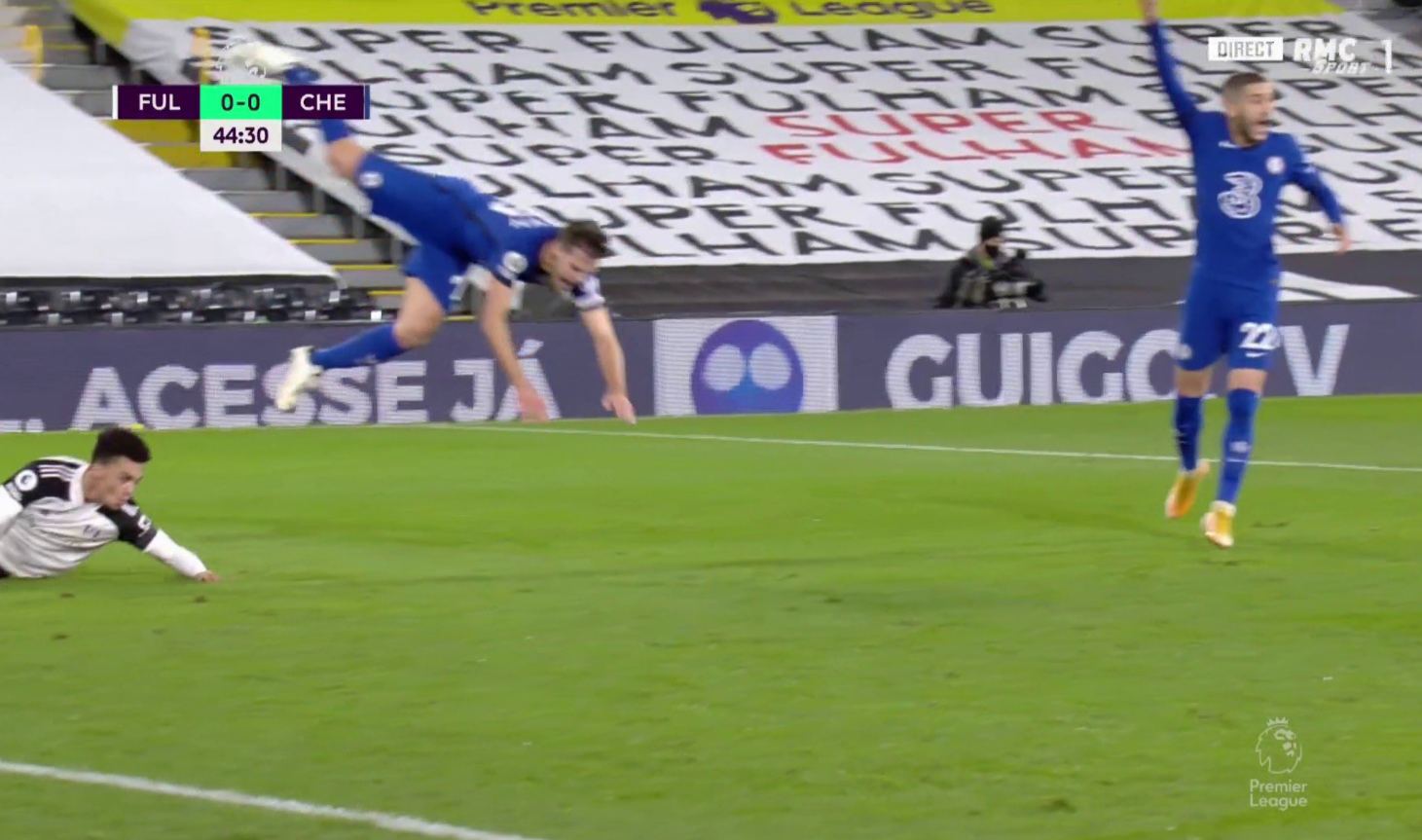 Hakim Ziyech couldn’t wait to appeal for a card

Robinson received a straight red card after a late challenge on Azpilicueta deep in Chelsea’s half which saw referee Peter Bankes reach for his pocket.

In some amusing stills, replays showed Blues midfielder Hakim Ziyech calling for the referee to brandish a card before the Spaniard had even fallen to the ground.

The Blues ultimately prevailed 1-0 thanks to a 78th-minute winner from midfielder Mason Mount.

The result put Chelsea back to within three points of the Champions League places.

Blues boss Frank Lampard will be hoping the three points can help ease the pressure on his side, and his job, after a run of one win in six Premier League games.

Fulham, meanwhile, lie four points adrift from safety in 18th and are without a win in the league since November.

Fulham had enjoyed their best spell of the match before Robinson’s red card, with Ivan Cavaleiro skying a gilt-edged chance from 12 yards.

“We have got VAR, so obviously if that is the correct decision then that is.

“Now of course, sometimes you do cross that line.

“If Antonee’s done that, he needs to learn and try and keep that balance.

“But it was a big turning point because were getting out down that side and causing them real problems, so it changed the game for us certainly.” 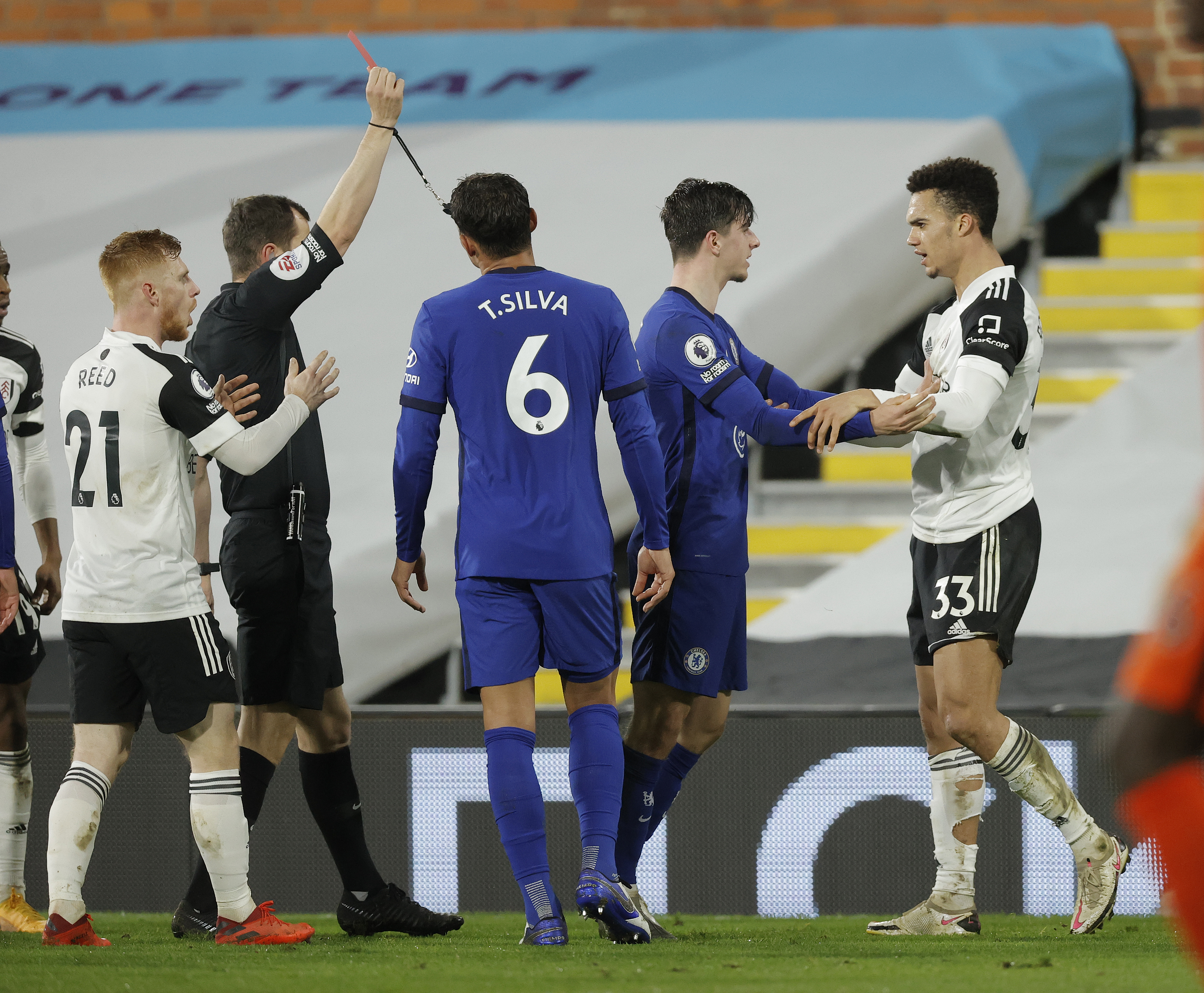