CRISTIANO RONALDO was given a hero’s welcome as he returned to Juventus training on Monday despite speculation over his future at the club.

The 36-year-old has been linked with a move away from Italy this summer following the team’s disappointing 2020-21 campaign. 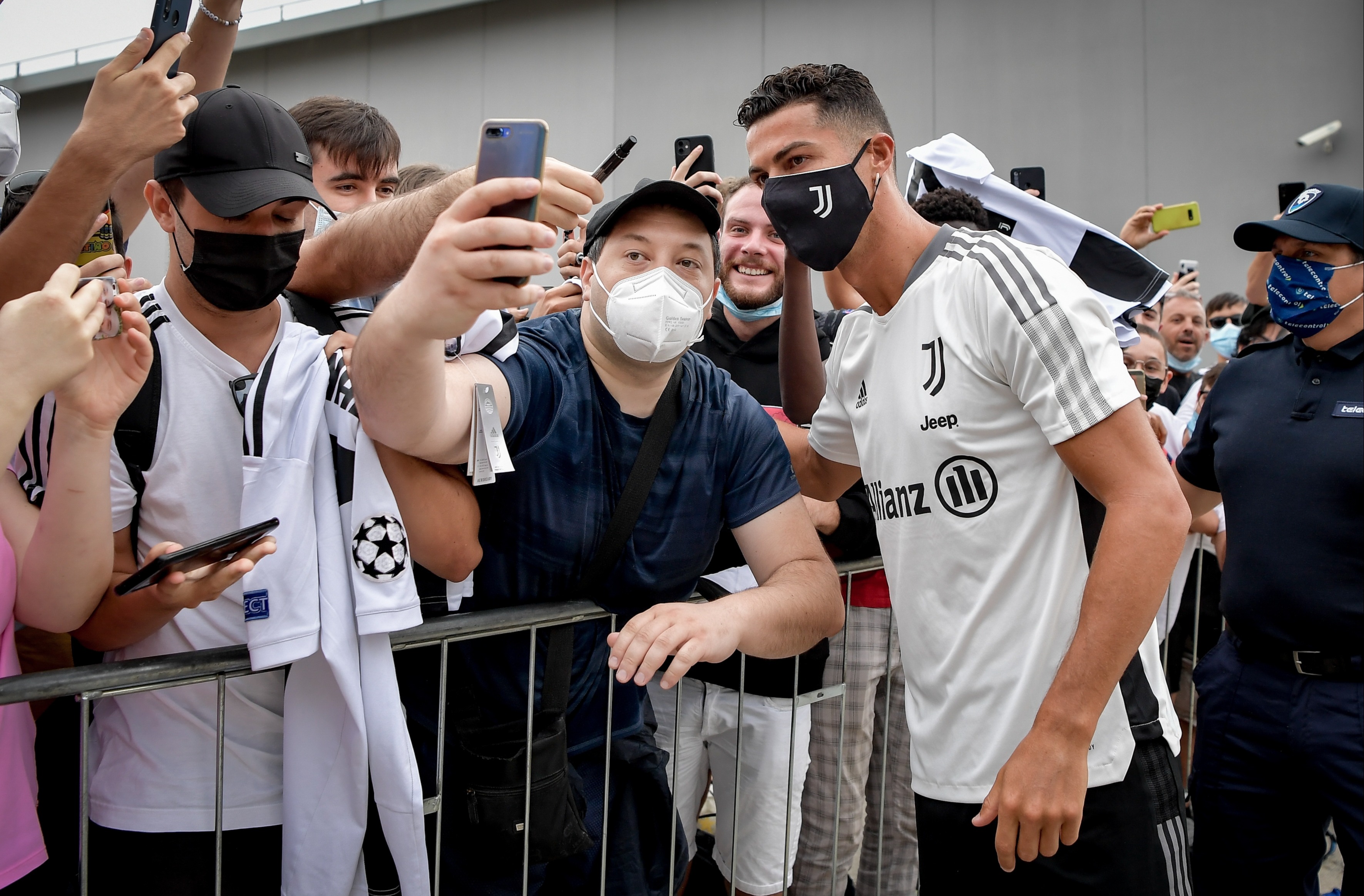 He was greeted by a flock of fans waiting to grab a glimpse of the superstarCredit: Getty 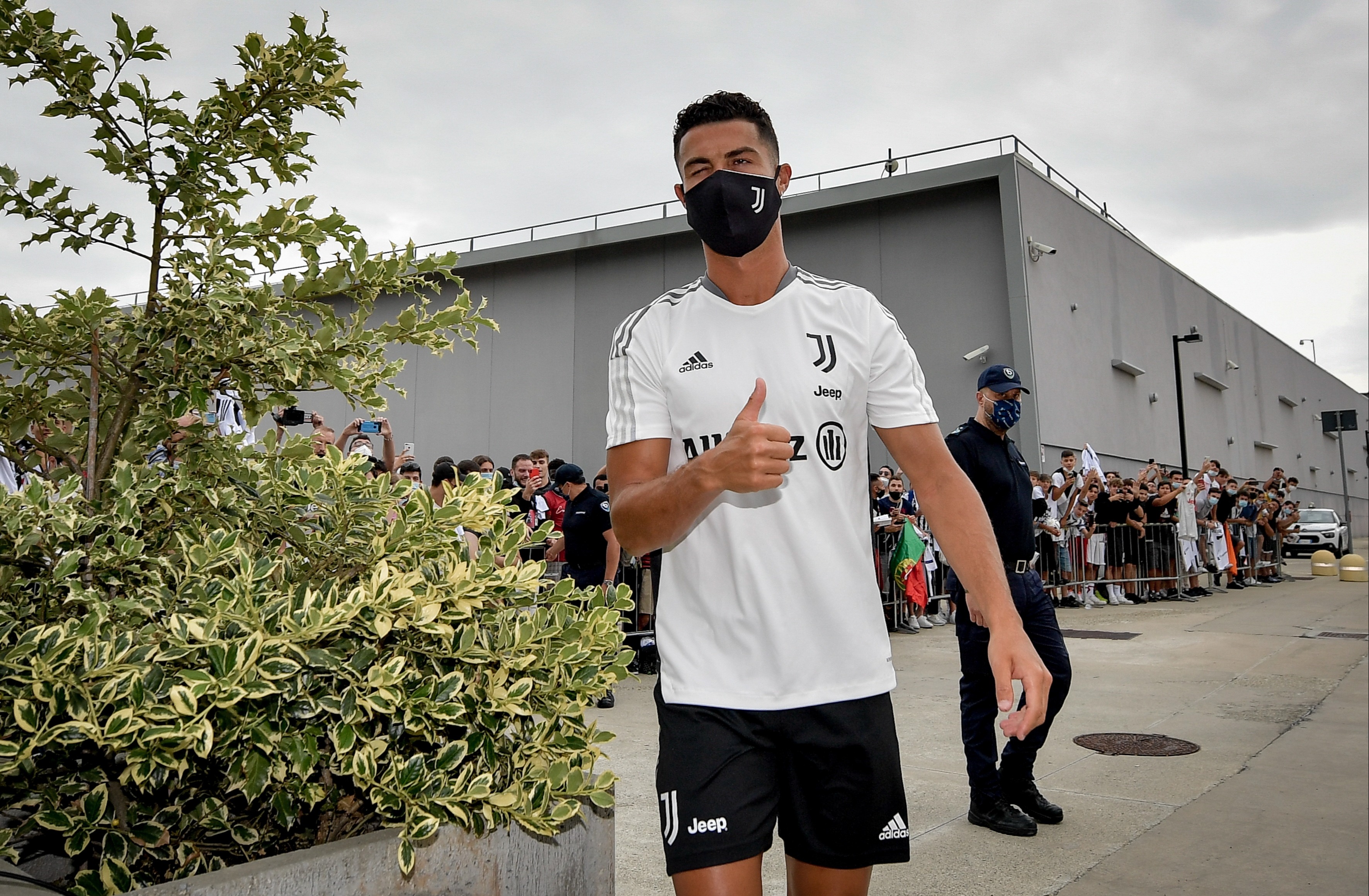 He gave a wink and thumbs up to the camera as he walked towards the training groundCredit: Getty

But Ronaldo appeared in good spirits on his return to the Juventus training ground for the first time since he finished top scorer at Euro 2020.

And he was greeted by a crowd of supporters who coudn’t have been happier to see him.

Meanwhile, rumours surrounding Ronaldo’s future have been following him all summer.

PSG and former clubs Manchester United and Real Madrid have both been linked with the superstar forward.

But last week Juve chief Pavel Nedved told rival clubs to forget about trying to sign Ronaldo because he is staying put.

Nedved told Sky Sport: “Ronaldo has been called up for July 26, he’ll be back on Monday and will stay with us.”

Ronaldo was the top scorer in Serie A last season, netting a sensational 29 goals in 33 games.

Since arriving in Italy three years ago, he has scored a breathtaking 101 times in 129 appearances. 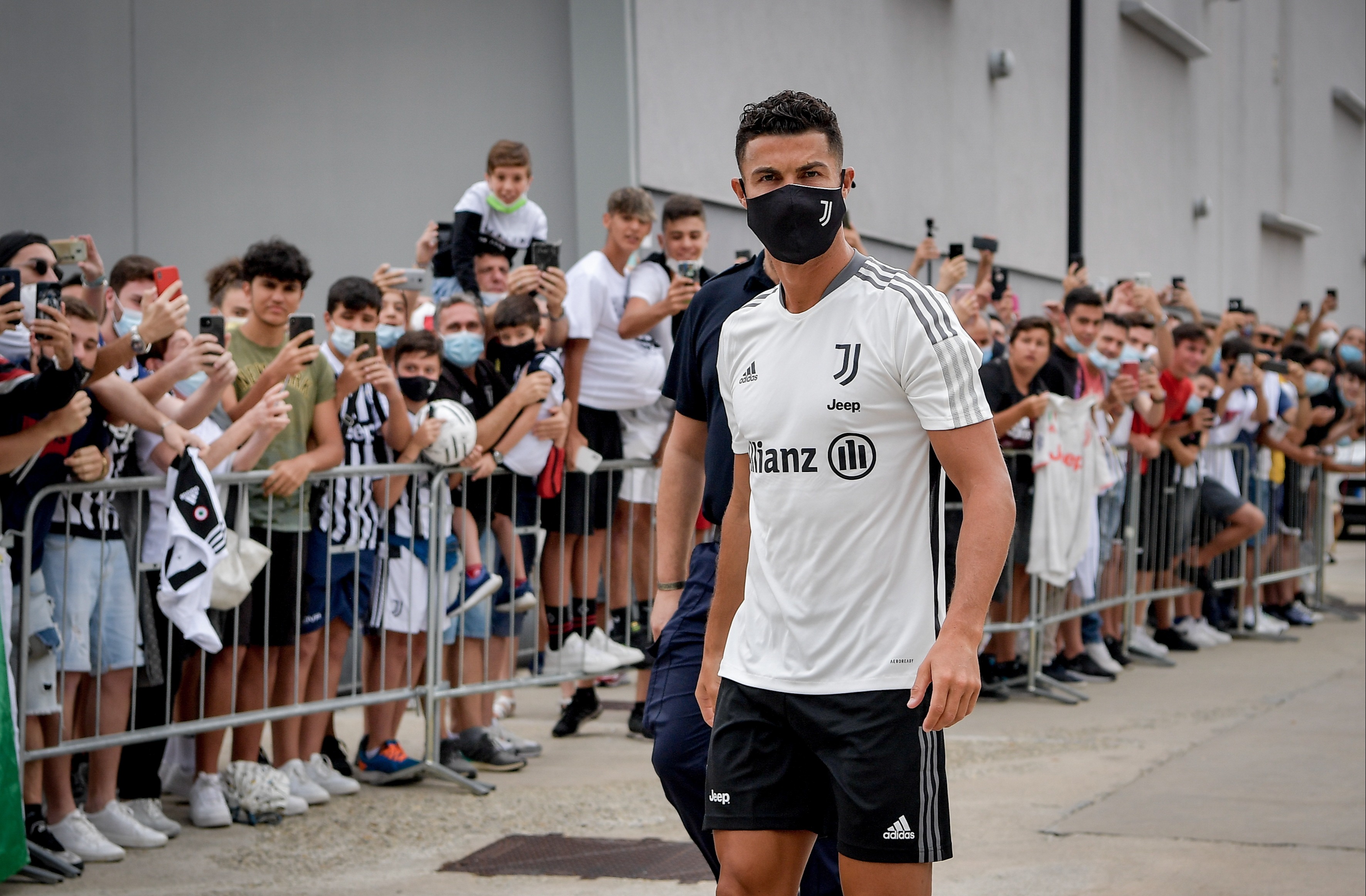 The Portuguese forward is set to begin his fourth season with the Italian giantsCredit: Getty

However, Juve have failed in their bid to win the Champions League with Ronaldo.

And they were embarrassed in Europe last season by Porto as they crashed out in the last 16.

The club’s run of nine successive scudettos also came to an end as Andrea Pirlo – who has been replaced by Max Allegri – could only lead them to fourth place in the league, with Inter Milan clinching the title.