PEP GUARDIOLA reckons Cristiano Ronaldo will still be banging in the goals aged 75 at family BBQs.

The Manchester City boss was speaking ahead of Saturday’s monumental clash with rivals United.

Cristiano Ronaldo will be scoring goals at his own BBQs when he’s 75, according to Pep GuardiolaCredit: Getty 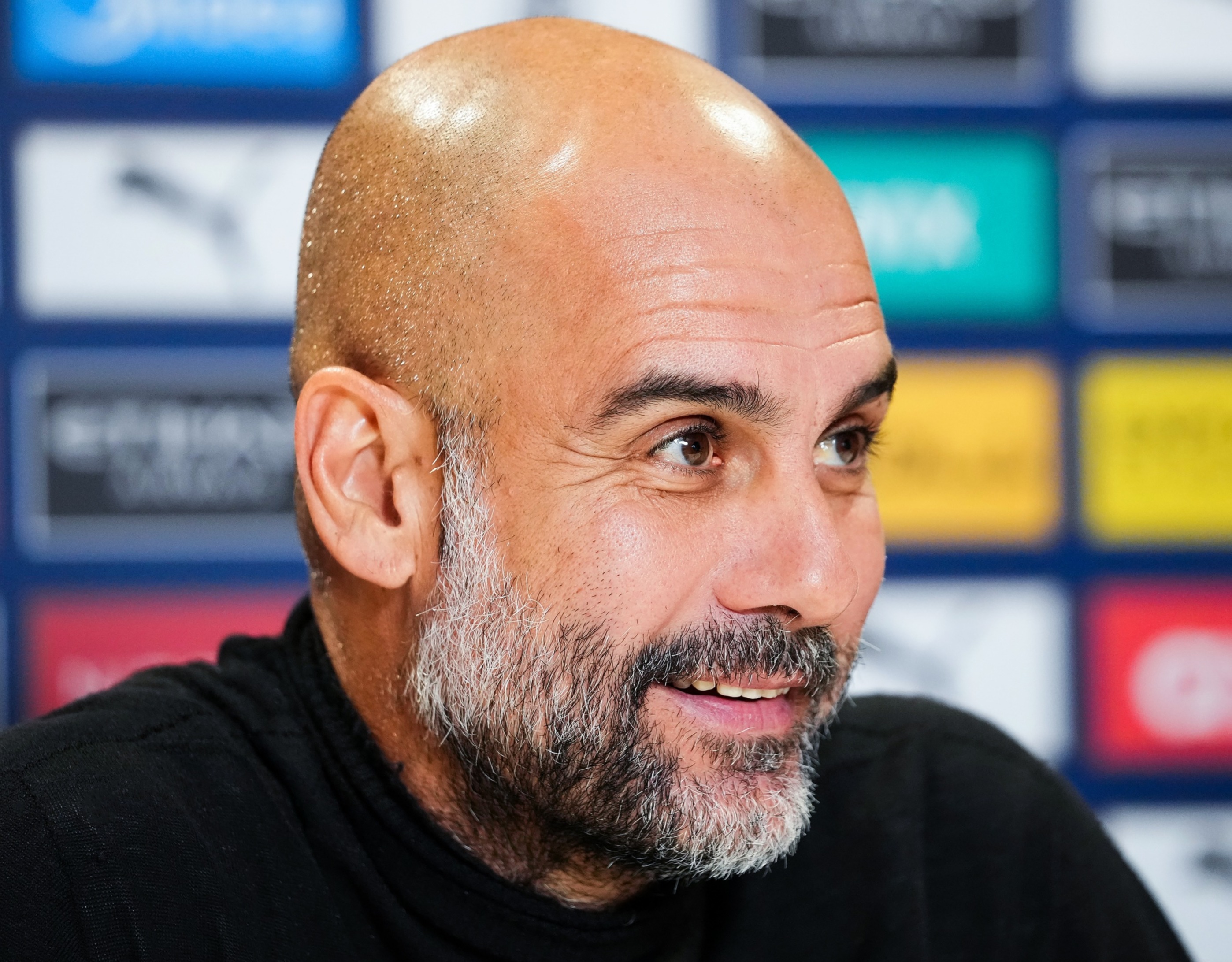 The game will be the first derby since Ronaldo, 36, snubbed the Etihad to return to Old Trafford following a frantic late-August transfer saga.

And while Ronaldo has typically struggled against Guardiola teams – winning just FOUR of 16 games against the Spanish chief – the City manager was full of praise for the Portuguese forward.

“He will be 75 years old, maybe retired, but he would be at his own BBQ playing a game and he’ll score goals.

“These types of guys, like [Lionel] Messi, like him, what they have done in the last decade in world football scoring goals and helping their team win, it speaks for itself.

“It’s good for the Premier League that he’s back.

“It was in the past. Maybe it will be in the present and the future. We’ll see.”

Guardiola was also asked if City were really close to signing Ronaldo before Man Utd swooped in the 11th hour.

The Etihad chief replied: “Ole [Gunnar Solskjaer] said that he could not imagine him to be here. You have to ask them.

“Do you think both are happy to have each other there?

Solskjaer had earlier slammed the suggestion that Ronaldo would EVER have lined up in the sky blue of City.

The United boss said: “The good thing is that would never happen and there is no chance of that happening.

“I am happy he is wearing the red and hopefully he can be the difference again.”

Pep Guardiola hails Ronaldo as ‘one of the greatest’