DAVID Beckham fist-bumps a cop after being quizzed about his kids jet-skiing on holiday.

Witnesses said grinning Becks, 46, had spent 45 minutes on his yacht chatting to officers — who even asked him for a selfie.

David Beckham fist-bumps an Italian cop after being quizzed about his kids jet-skiing on holidayCredit: BackGrid 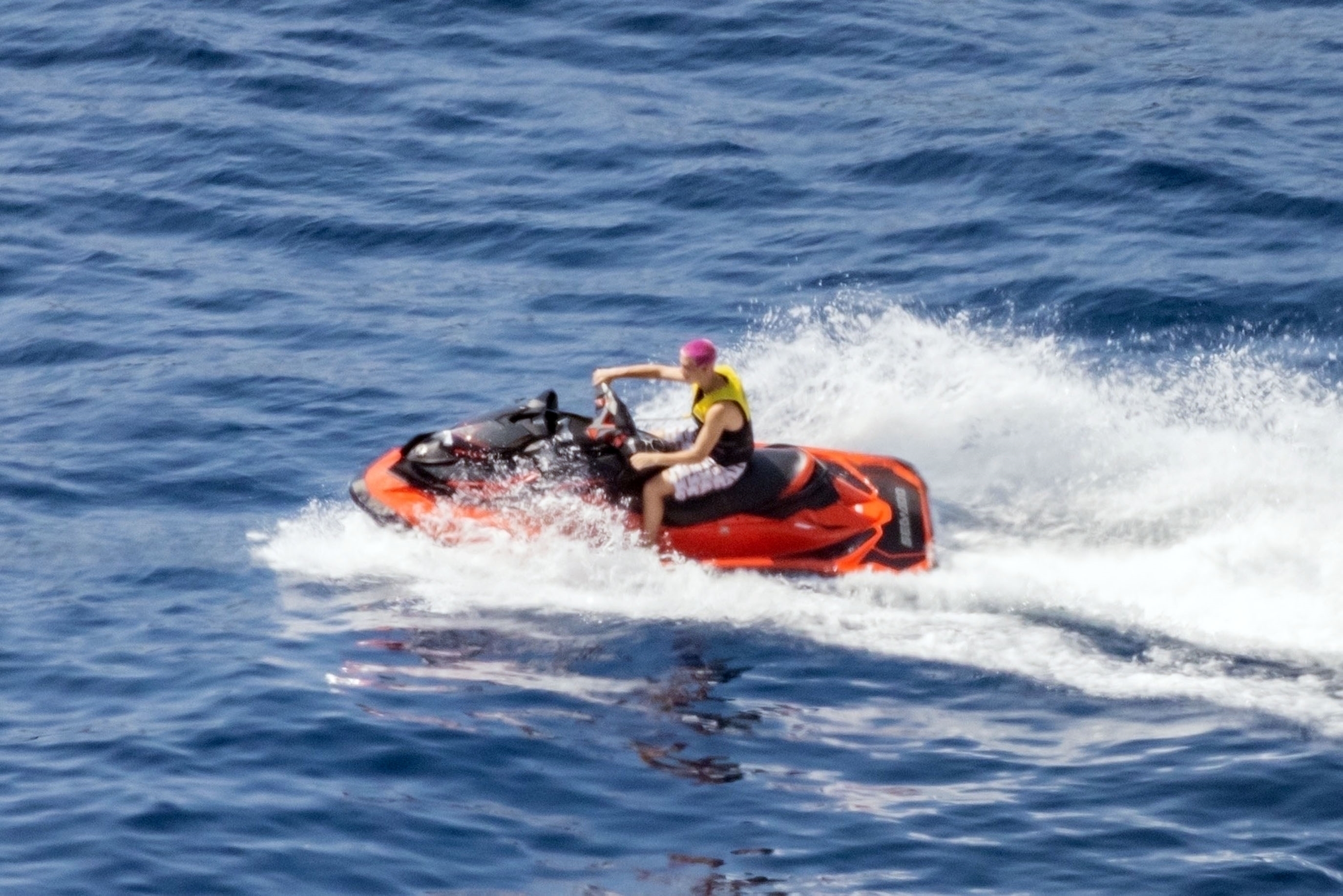 The ex-England captain was moored off the Amalfi coast, Italy, when a police boat pulled up.

A witness said: “The kids are quite young. You are meant to be 18 to jet-ski in Italy.”

“David was sun-bathing and he immediately left the deck and went downstairs to deal with it.

“Both Cruz and Harper were wearing life-jackets and staying very near the yacht so it is hard to see what the problem was.

“David seemed to call to them to come back to the yacht, and they anchored the jet-ski.

“The questioning by the police went on for about 45 minutes although it all looked quite amicable.

“At one point, they asked for documents which David showed them.

“During the questioning the police recognised David and seemed to chat to him.

“They even asked him for a selfie.

“Then, at the end, David leant over for a friendly fist-bump and the police sped away.

“The Guardia Finanza usually deal with drug and people smuggling so I am sure they had better things to do.”

The drama on Friday came after the Beckham family – who had been isolating at their £6million Cotswolds home – jetted to Italy last week.

David and wife Victoria, 45, were joined by son Brooklyn, 22 – accompanied by his US actress fiancée Nicola Peltz, 26 – and son Romeo, 18, as well as Cruz and Harper.

It is thought Brooklyn and stunning Nicola have been eyeing wedding venues in Italy during the trip. 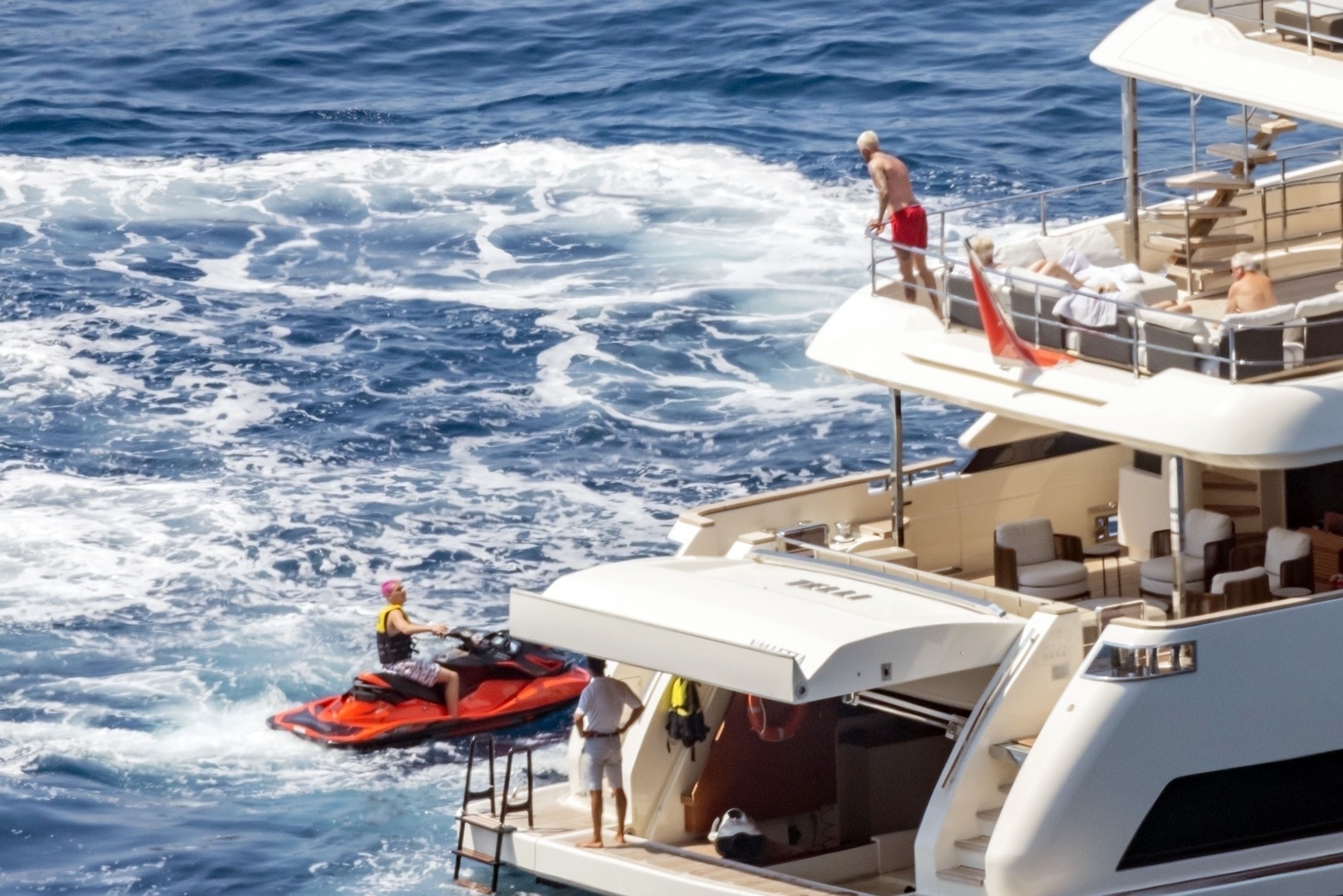 Becks talks to Cruz from the yacht’s top deck after dealing with the copsCredit: BackGrid 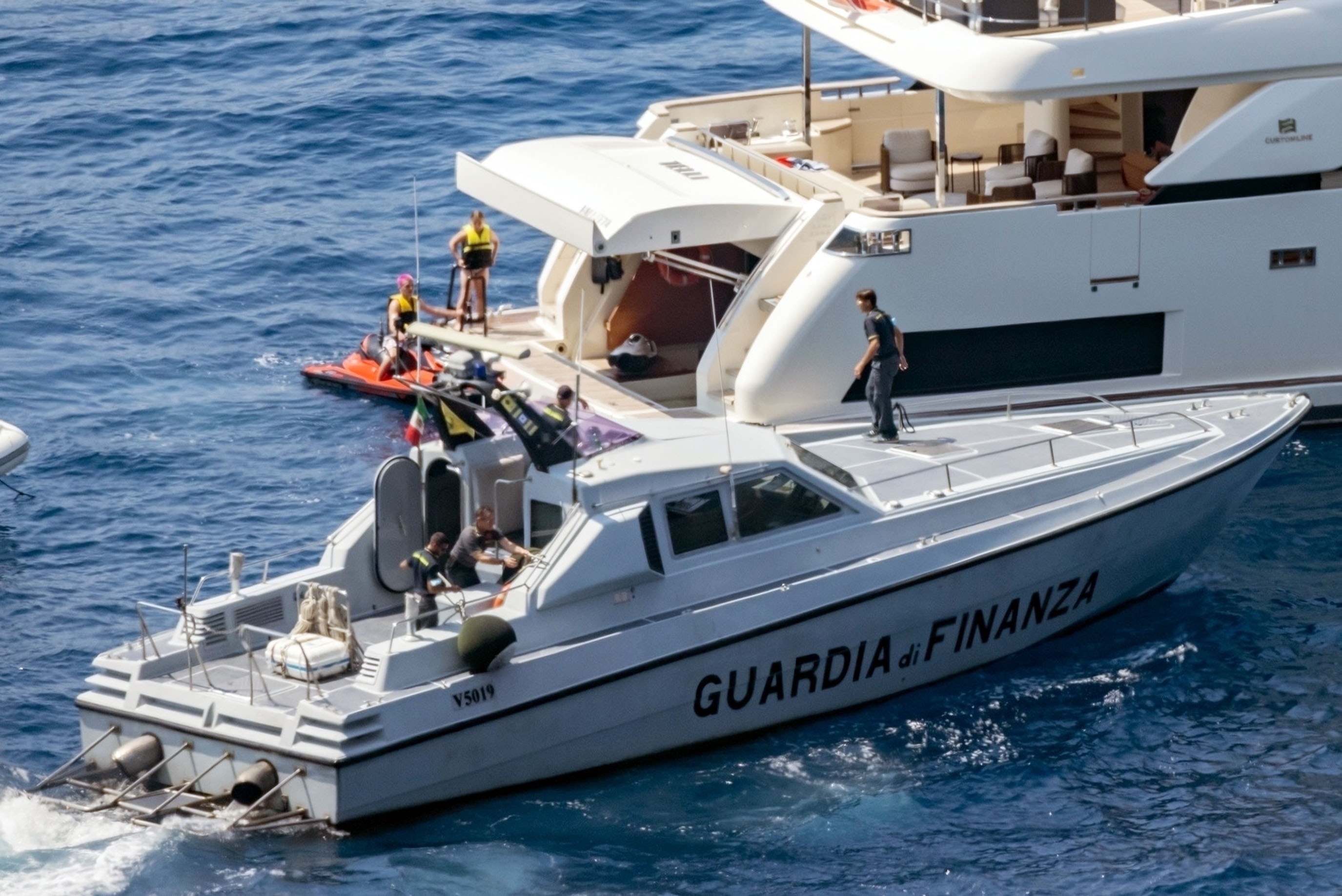 The Guardia Finanza police pull up beside the Beckhams’ luxury yachtCredit: BackGrid 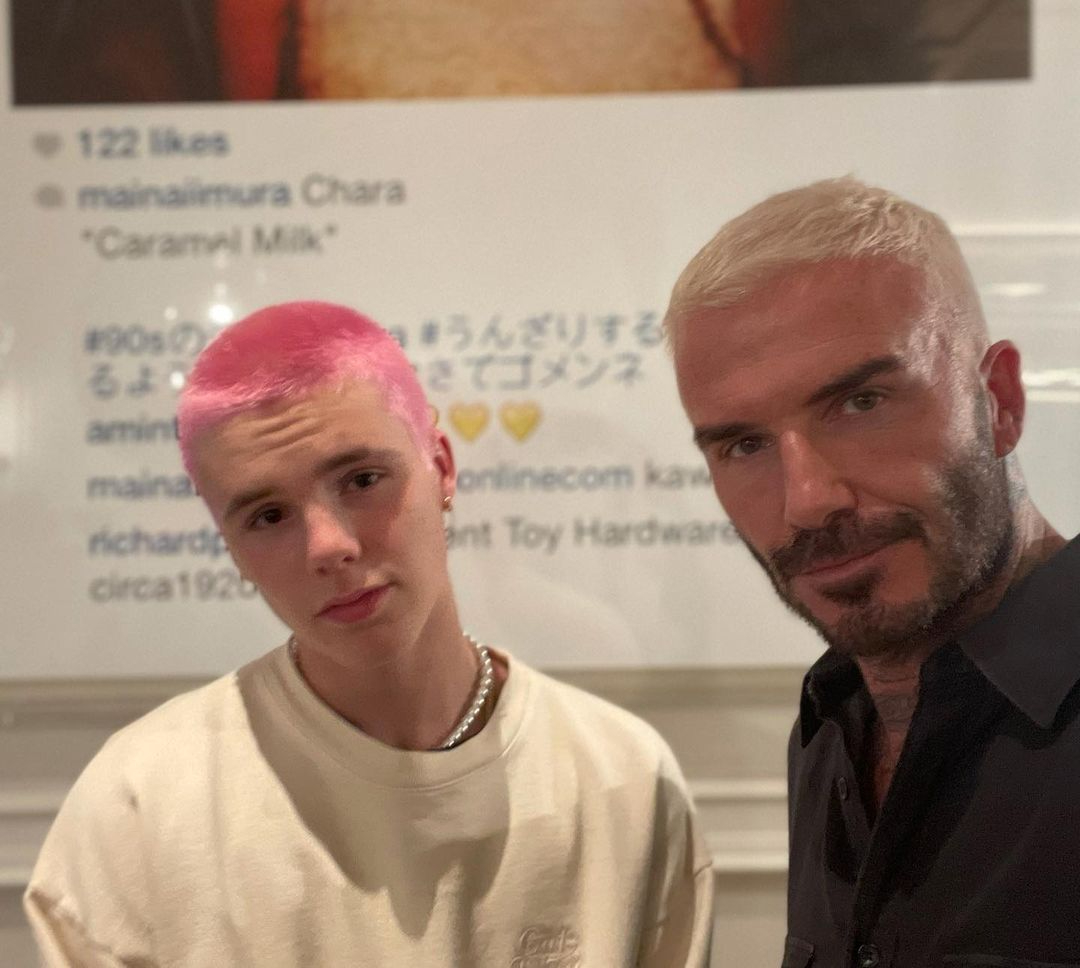 Cruz, 16, pictured with his father David, 45, has dyed his hair pinkCredit: Instagram