Ole Gunnar Solskjaer’s side are currently preparing to face QPR this Saturday in their next pre-season friendly. 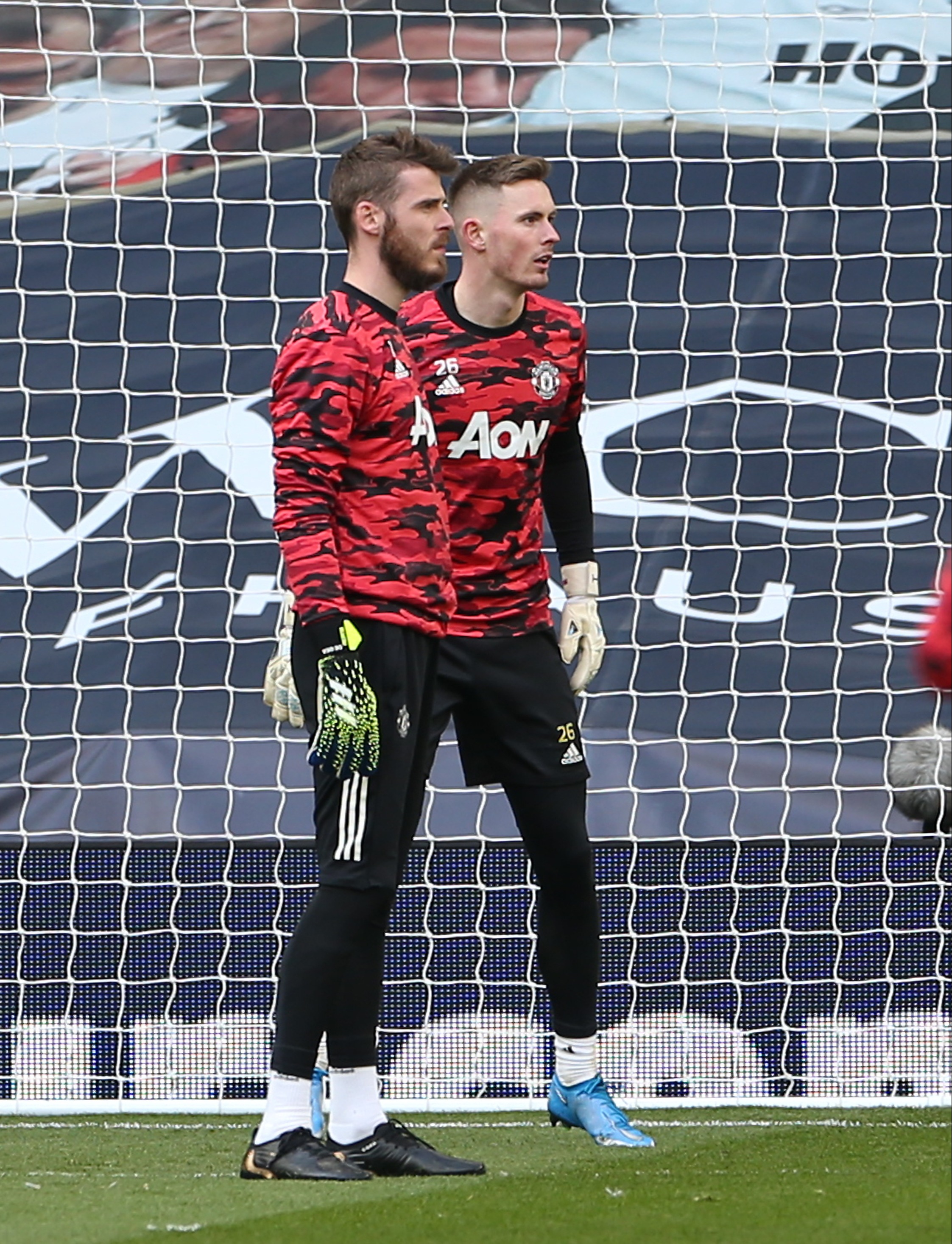 David De Gea and Dean Henderson are already in a battle for the No1 jerseyCredit: Getty 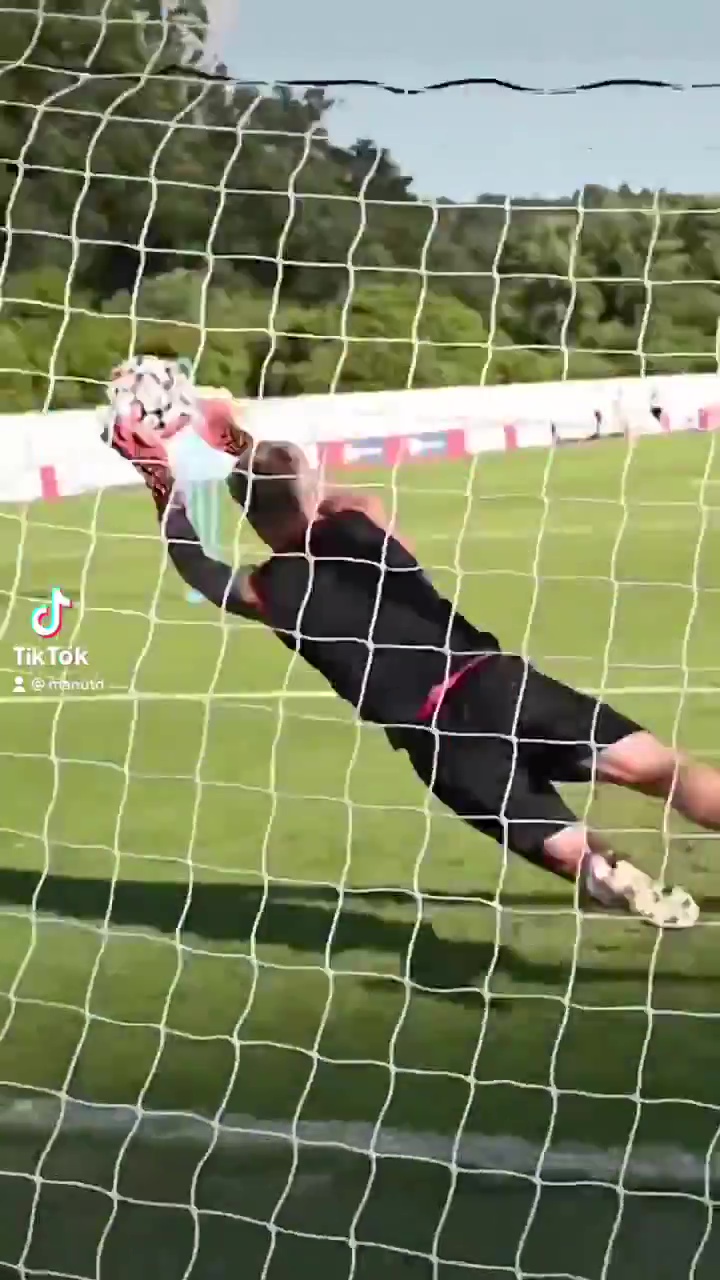 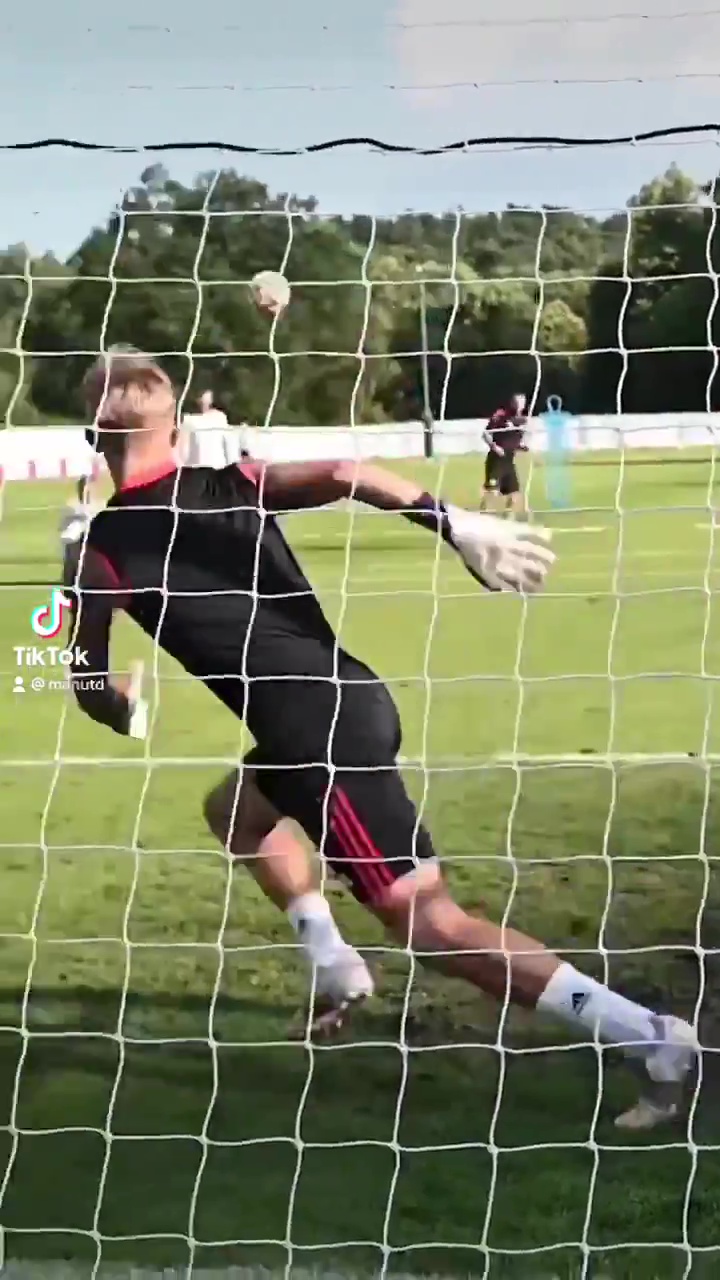 And the star pulled off plenty of stops for the camerasCredit: Man Utd

The Red Devils, who beat Derby County 2-1 on Sunday, were out to work at their Carrington HQ earlier.

And the club have released a clip of the 20-year-old full-back diving around saving shots as he attempted to join the goalkeeper’s union.

The fight for the No1 jersey is already hotting up ahead of the new campaign at Old Trafford.

David De Gea will cut short his holidays this week in a desperate bid to regain his place in the starting XI.

The Spaniard ended last season behind Dean Henderson in the battle to be Solskjaer’s first-choice keeper.

With England stopper Henderson already back in pre-season training after a hip injury ended his own Euro dream, De Gea knows the pressure is on and will return to Carrington after just TWO weeks off.

The 30-year-old sat on the bench for Spain at the Euros and was not due to report from his summer break until the start of August.

But De Gea is determined to fight and win back his starting spot with United boss Solskjaer still undecided over who will be his top dog when the new season kicks off next month.

Meanwhile, Williams’ loan move to Southampton has hit the skids – because of the size of the loan fee.

United are understood to be looking for more than £2million to let another club borrow the versatile full-back.

Saints have been keen on the 20-year-old since last summer but see that price as too much.

It means a deal is looking increasingly unlikely unless United reduce their demands.

The youngster has made 51 appearances for United in all competitions since making his professional debut against Rochdale in the League Cup in September 2019.

Norwich and Newcastle have also shown interest in loaning Williams.