GRAEME JONES will take charge of Newcastle’s game against Brighton on Saturday – but has already taken the time to praise incoming boss Eddie Howe.

The Magpies are set to wait until the international break to confirm Howe as their new manager.

Jones will lead the Newcastle players out one final time at The Amex Stadium on SaturdayCredit: Getty 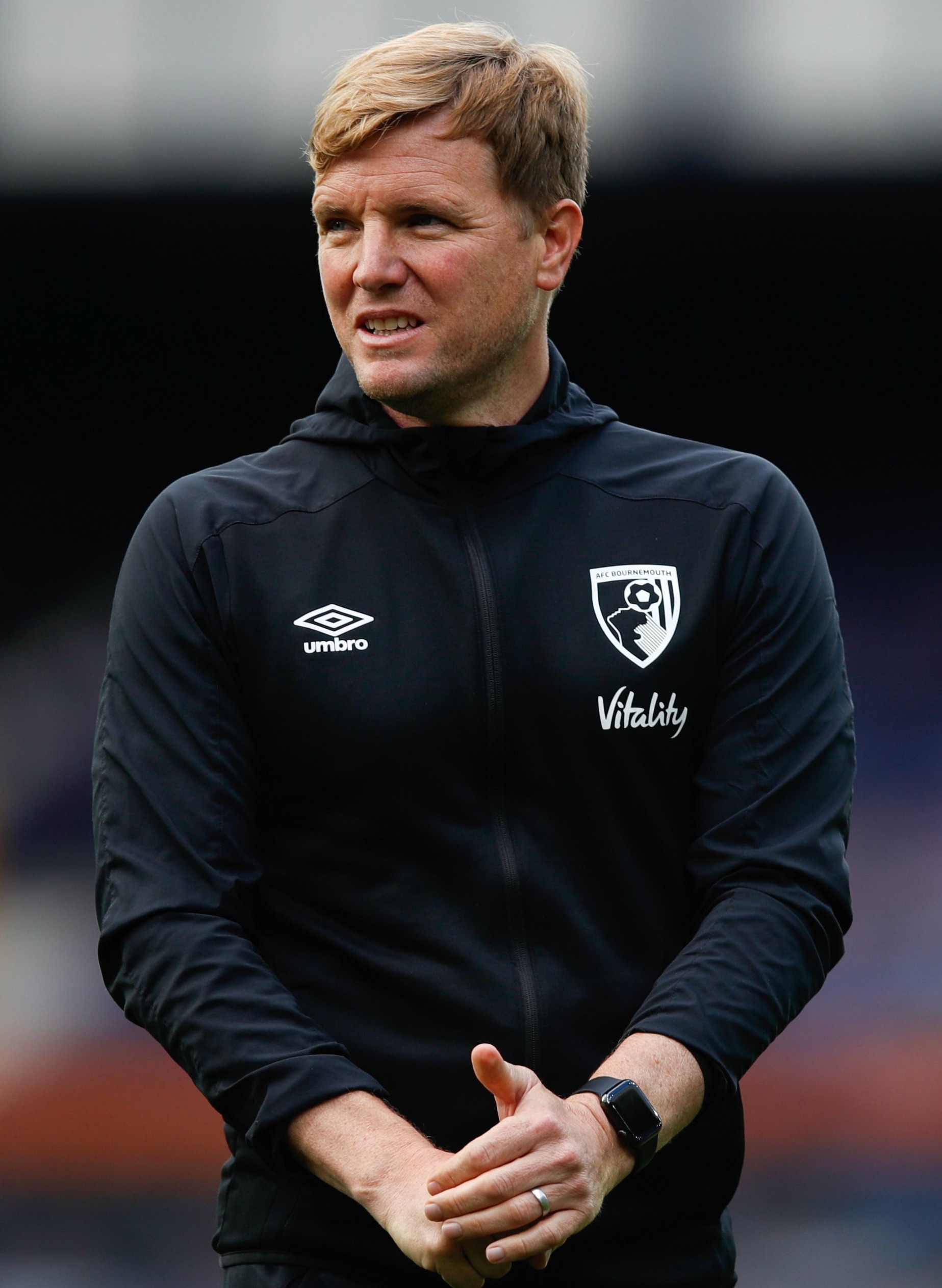 Howe looks set to take charge of his first match after the international breakCredit: AFP

And that means Jones will oversee a third game as boss on Saturday at the Amex.

He has already watched his Newcastle side draw to Crystal Palace and then lose 3-0 to Chelsea last weekend.

When asked about the game at Brighton on the weekend, Jones said: “Yeah, I’m taking it. I’ve prepared the team all week.”

He was then asked his thoughts about ex-Bournemouth coach Howe and the possibility of him becoming the next permanent manager.

To which he added: “If that is the route [the owners take] I’m sure he’s more than capable.

“He lives for the game. It is his whole life.”

Howe’s first game in charge looks set to be at home to Brentford on November 20.

He is set to agree a two-and-a-half year deal and be joined at St James’ Park by his long-time assistant Jason Tindall.

The former Cherries man interviewed for the role last weekend and impressed the new Newcastle chiefs.

He is thought to have provisionally accepted the job but Newcastle are remaining cautious on an official announcement having already let Villarreal manager Unai Emery slip through their grasp.

Howe left Bournemouth in the summer of 2020 and has been out of work ever since.

Newcastle have not yet won a Premier League game this season and have picked up just four points from 10 games.

As a result, the North East outfit 19th in the table, six points adrift of safety and in desperate need of a performance boost.