MIKEL ARTETA has ruled out a January move for Eddie Nketiah and insists the want-away striker will remain at Arsenal for the rest of the season.

The 22-year-old striker is out of contract in the summer and has resisted all the club’s efforts to sign a new deal. 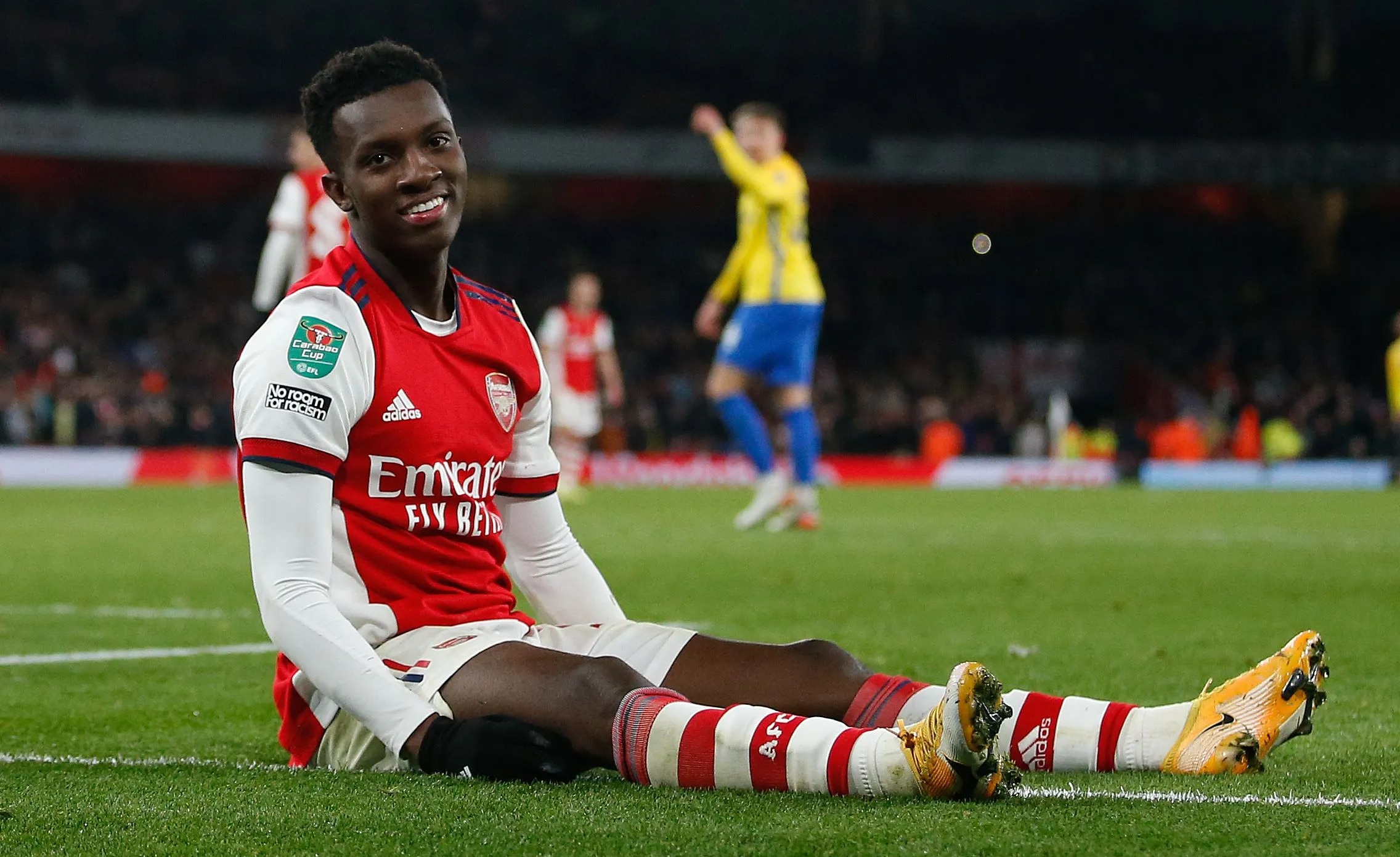 The striker will be a free agent in the summer and is wanted by Crystal Palace and BrightonCredit: Rex

Yet Arteta has made it clear that he would rather lose the player for nothing than risk leaving Arsenal his squad short of attacking options for the rest of the current campaign.

He said: “The situation is that Eddie is our player, he’s under contract so he is going to stay here with us.”

That’s bad news for Crystal Palace and Brighton, who were both weighing up a £10million move for England Under-21 international Nketiah during the current transfer window.

But with Alexandre Lacazette also out of contract in the summer and Pierre-Emerick Aubameyang’s future up in the air after his recent disciplinary issues, Arteta is refusing to rule out signing another striker this month.

Fiorentina’s Dusan Vlahovic has emerged as Arsenal’s number one target despite a price tag which is likely to exceed £50million.

And Arteta dismisses suggestions that the Serbian international  might not consider Arsenal as a big enough club for the next stage of his career.

He said: “Historically this club has always targeted the best players in the world and they are always interested in coming here.

“And that situation has not changed. Anytime I have spoken to any player, they were so willing to come to Arsenal.

“I haven’t faced any other situation and that’s one of our biggest powers, our capacity to get the attention of people to come and join our club.

“It’s something that is a big advantage for us and we have a strategy of how we want to evolve and improve the team.

“Whenever that is possible we will try to do it but we know that this market is extremely difficult.”