FOOTBALL sensation Erling Haaland has been nicknamed “Daemon” by his Manchester City teammates thanks to his striking resemblance to Daemon Targaryen from TV show House of the Dragon.

The Norwegian striker has taken the Premier League by storm, scoring an incredible nine goals already this season – including two hat tricks.

Erling Haaland bears a striking resemblance to House of the Dragon character, Daemon Targaryen, according to his teammates

Matt Smith stars as Daemon in Game of Thrones Spin off, House of the Dragon

The 22-year-old bears an uncanny resemblance to the character played by actor Matt Smith in the Game of Thrones spin off prequel series.

On Wednesday night, Haaland scored three in just 38 minutes during City’s 6-0 demolition of Notts Forest – proving he’s a “Daemon” in the box.

The nickname has stuck in the dressing room, with the likes of John Stones and Phil Foden blown away by Haaland’s talents.

A club insider said: “A few of the players are huge fans of House of Dragon and they have mentioned to Erling how much he looks like Daemon. 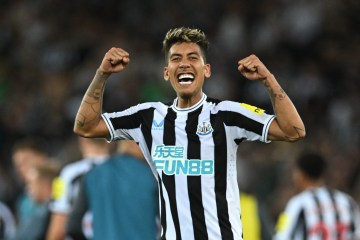 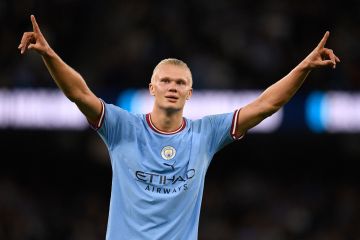 “He loves a joke and thinks it’s funny. Daemon is unpredictable and so is Erling so their personality’s fit as well.”

Fans have embraced the lookalike doubles with One Blues fan joking on Twitter: “Didn’t know Daemon Targaryen plays for Man City with the pseudonym Haaland on the back.”

Another said: “As well as being a great football player @ErlingHaaland is excellent as Daemon Targaryen in House of the Dragon.”

Daemon is the volatile younger brother of King Viserys who is known as the Rogue Prince.

He is thought to be next in line to the Iron Throne, until King Viserys names Princess Rhaenyra as his heir.

He is an experienced warrior who rides the dragon Caraxes.

City signed Halaand this summer for £51m from Borussia Dortmund.