EVERTON jetted out for the Florida Cup yesterday with the club under a cloud of uncertainty.

New boss Rafa Benitez will probably have been glad to be wearing a face mask as his expression was likely a grim one.

Rafa Benitez has a tricky time on his hands to prepare Everton for the new seasonCredit: Instagram @everton 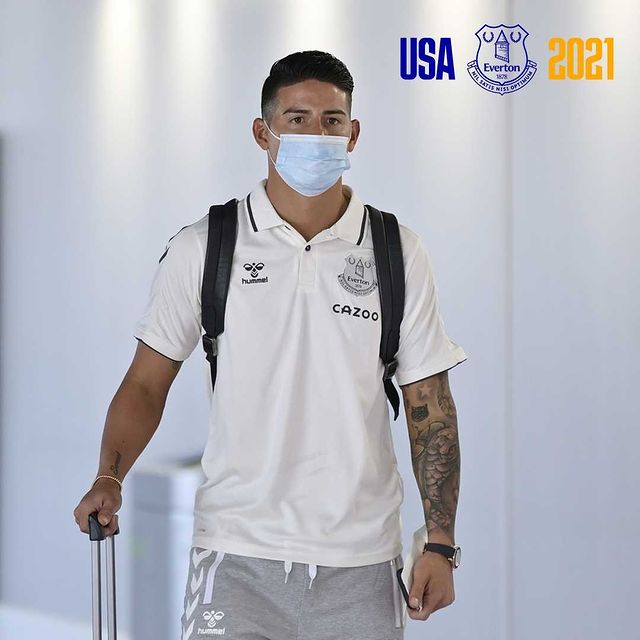 James Rodriguez gets ready to fly out to the USCredit: Instagram @everton

Everton are reeling from the shock revelation one of their stars is on police bail. He has been suspended by the club.

The unnamed player, arrested on suspicion of child sex charges, was not allowed to make the flight.

And the Toffees may have flown all the way across the Atlantic for just ONE match — with both Arsenal and Inter Milan pulling out of the tournament.

Arsenal withdrew on Tuesday evening after an outbreak of Covid among the touring party.

Inter followed suit yesterday, the Serie A club blaming the decision on the “current risks involved in international travel”.

Benitez’s Everton are set to face Colombian side Millonarios in the early hours of Monday.

The winner was then due to play the winner of Arsenal vs Inter but the four-team cup is now in disarray.

Some good news for Benitez is that he is set to land former Leicester winger Demarai Gray, 25, in a £1.5million deal from Bayer Leverkusen — in the same week he has bagged forward Andros Townsend and keeper Asmir Begovic.

But in America’s Sunshine State there will still be a dark cloud over the ex-Liverpool manager, wondering what can go wrong next.

The Gunners feared having to quarantine in Orlando after three members of Mikel Arteta’s squad tested positive, so the club stayed in the UK because of concerns more of the 90-strong party would develop symptoms on the nine-hour flight from London.

Under US immigration rules, everyone on the private Emirates flight would have had to test negative for Covid on arrival in Miami.

A club source admitted: “It’s possible that anyone who has been in close contact with the individuals who had tested positive could also develop symptoms.

“It was too much risk to get on a long flight knowing others might have been in contact with the players who are isolating.”

Arteta’s squad had PCR tests on Monday and lateral flow tests on Tuesday, which confirmed the handful of positives.

More tests will be carried out today after the first-team area of their London Colney training ground was deep-cleaned on Tuesday.

Following a Covid outbreak last week among the Under-23 and Under-18 squads, Arsenal are in a controlled environment similar to that imposed by the Premier League during the shutdown last year, with reduced access, players arriving already changed and leaving immediately afterwards.

Several players have already completed a period of mandatory isolation after returning to Britain from foreign holidays.

Arsenal are confident the players who tested positive are asymptomatic and will not miss their Prem opener at Brentford on August 13. 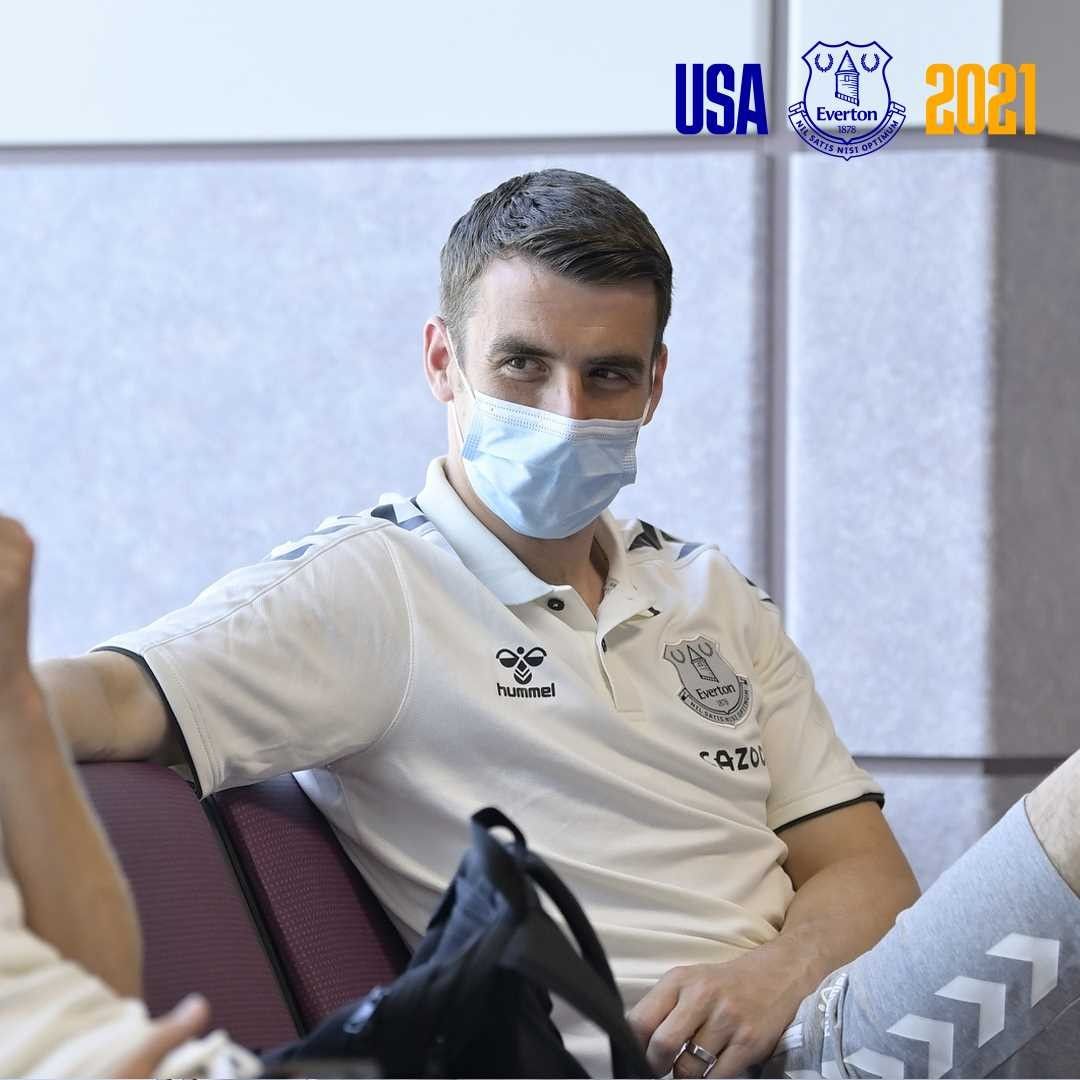 Toffees are jetting to America but Covid cases as Arsenal mean they will only play one gameCredit: Instagram @everton 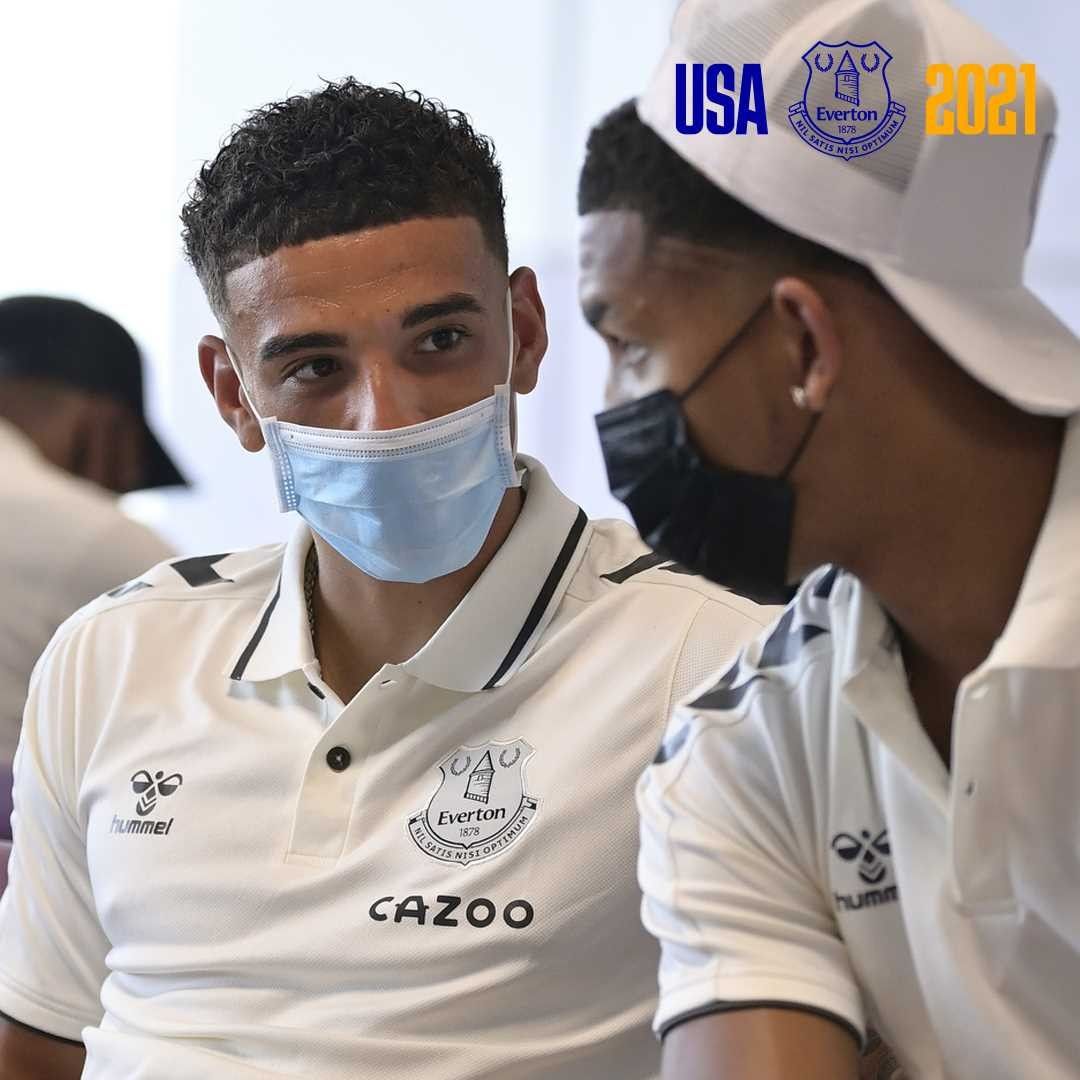 Everton’s stars have seen their pre-season has been interrupted with off-field issuesCredit: Instagram @everton