Everton came back and beat Arsenal in an extremely dramatic encounter at Goodison Park.

VAR then checked for a red card on Ben Godfrey after his studs hit a fallen Takehiro Tomiyasu in the face but it was deemed that he shouldn’t be sent off.

The Merseysiders may have been lucky with Godfrey but were unlucky when Yerry Mina couldn’t continue and was replaced by Mason Holgate.

Everton thought they got the lead just a minute before half-time when Richarlison headed Andros Townsend’s free-kick behind Aaron Ramsdale’s net.

However, VAR deemed that the Brazil international was just offside.

Arsenal, though, managed to break the deadlock in the second minute of stoppage time when a fabulous cross from Kieran Tierney down the left found an unmarked Martin Odegaard, who volleyed the ball past Jordan Pickford.

Everton started strong in the second half and thought they finally equalised on 57 minutes when Abdoulaye Doucoure released Richarlison and he beat Ramsdale with a fine finish only for his goal to be chalked off for offside by VAR once more.

But the Toffees didn’t give up as they finally got their cracker in the 79th minute when Demarai Gray’s long-range shot hit the crossbar and a completely unmarked Richarlison headed the ball behind the net.

Eddie Nketiah had the chance to regain the lead on 84 minutes when a cross by Bukayo Saka set him up in front of open goal and his header somehow hit the post.

That proved to be costly as Everton completed their comeback in the second minute of stoppage time when Andre Gomes beat Granit Xhaka for the ball in midfield and passed to Gray, who tried another long-range shot that hit the bar and ricocheted to the back of the net 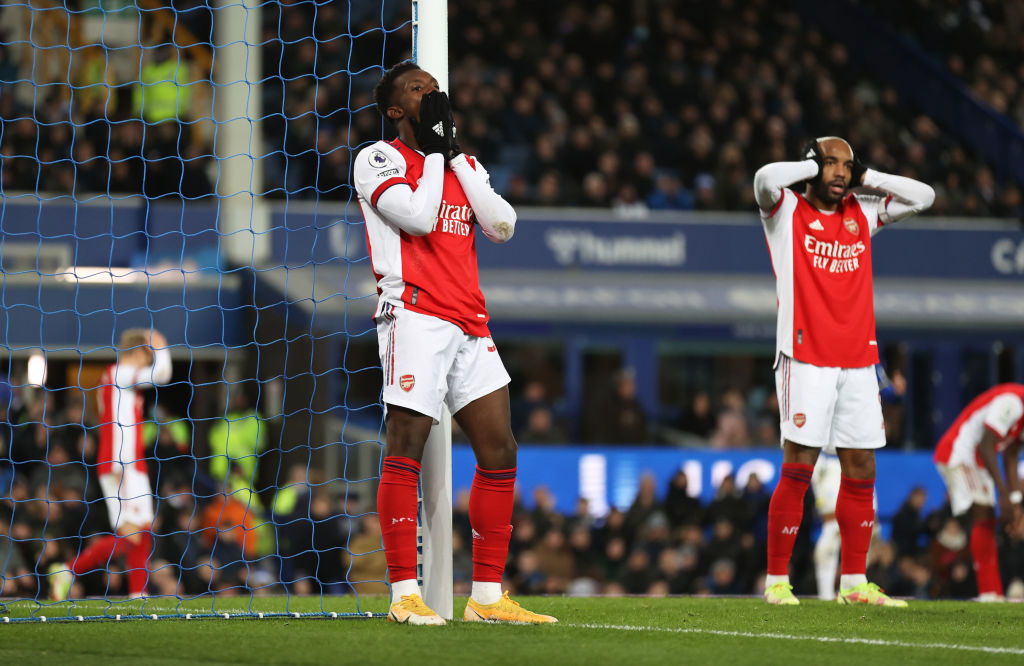