ASTON VILLA have been stunned by the performance levels of Ashley Young ahead of the veteran’s 16th season in the top-tier.

The 36-year-old experienced a career renaissance at Inter Milan but is back in the Premier League for a second stint with Villa.

In what has been a busy transfer market for the Midlands club, Young’s arrival has arguably received the least attention when compared with the additions of Danny Ings, Emiliano Buendia and Leon Bailey.

But boss Dean Smith has revealed just how impressed he has been with the wide-man ahead of the new campaign.

He told BT Sport: “What [Young] brings first and foremost is unbelievable experience and professionalism.

“He’s also got versatility, can play a number of different positions, and I think he’s impressed everybody at the football club so far with how fit he is.

“It should be young Ashley rather than Ashley Young.”

Aston Villa travel to Young‘s old club, newly-promoted Watford, on Saturday with fans and pundits keen to see how they get on without £100million star Jack Grealish.

Smith is confident that all four new signings are ready to take their place and push the ambitious club towards European football.

He noted: “They’ve all settled in.

“Young is still in the top five in everything he does which has been really pleasing.

“But none of them surprised me. They’re the players that we thought they would be.”

While Villa will hope to end talk of Grealish’s exit with a convincing win at Vicarage Road, the former captain’s shadow will remain over the team for at least the opening weeks of the season.

But Smith is confident that his team is more well-rounded and better balanced as a result of the summer window, which involved an emotional farewell to one of Villa Park’s favourite sons.

I think with the signings we’ve made… I think that makes us a better team.

The 50-year-old said of Grealish: “I wanted him to have a good send off.

“He deserves that. I wanted him to see the players. And I just said a few minutes about him in front of all the lads.

“I think he said the other night, he teared up but it was what he deserved. He went to each and every player and staff member and thanked them and gave them a hug.

“You have to remember he’s been at this football club since he was six years old.

“So there’s an awful lot of people that have played a part in his development; the kitchen staff making him beans on toast when he was 12, to kit men who have been making sure his pads went out, or a masseur who’s been charged with massaging them massive calves of his.

“He’s been a delight around the place and he’s done it right and, even the way he left, he did right as well.

Smith added: “My job was not replace like for like for Jack Grealish, But it was to make a better team.

“And I think with the signings we’ve made; Emi Buendia,. Danny Ings, Leon Bailey, Ashley Young… I think that makes us a better team.”

To watch the full BT Sport interview with Dean Smith and for more Premier League content, head to btsport.com 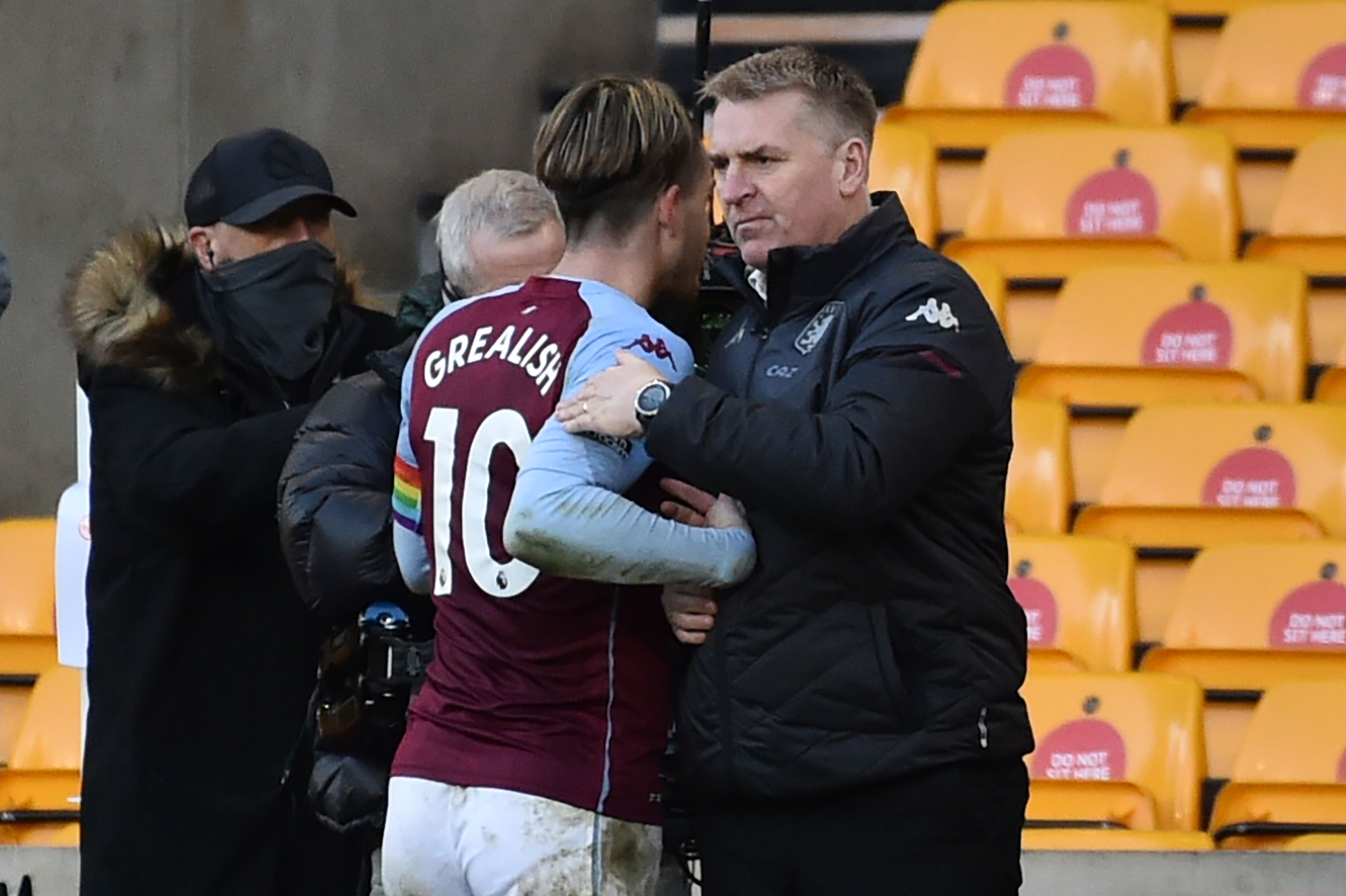 Smith has detailed the emotional exit of Jack GrealishCredit: AFP